Stoff gives us the lowdown on handling this year's challenger

Stoff gives us the lowdown on handling this year's challenger

We’ve been promised more aggressive, cars, faster lap-times, sexier styling, and noise, excitement and thrills. They’re big promises – and it’s still too early to say whether Formula 1 will deliver in 2017 – but that doesn’t mean we can’t start getting excited about what lies just over the horizon.

For the drivers, the revisions to tyre and aero regulations promise to be real game-changers. With increased downforce and, crucially, larger rubber to glue the cars more firmly to the track, every corner of every lap looks sets to be amped up for 2017. 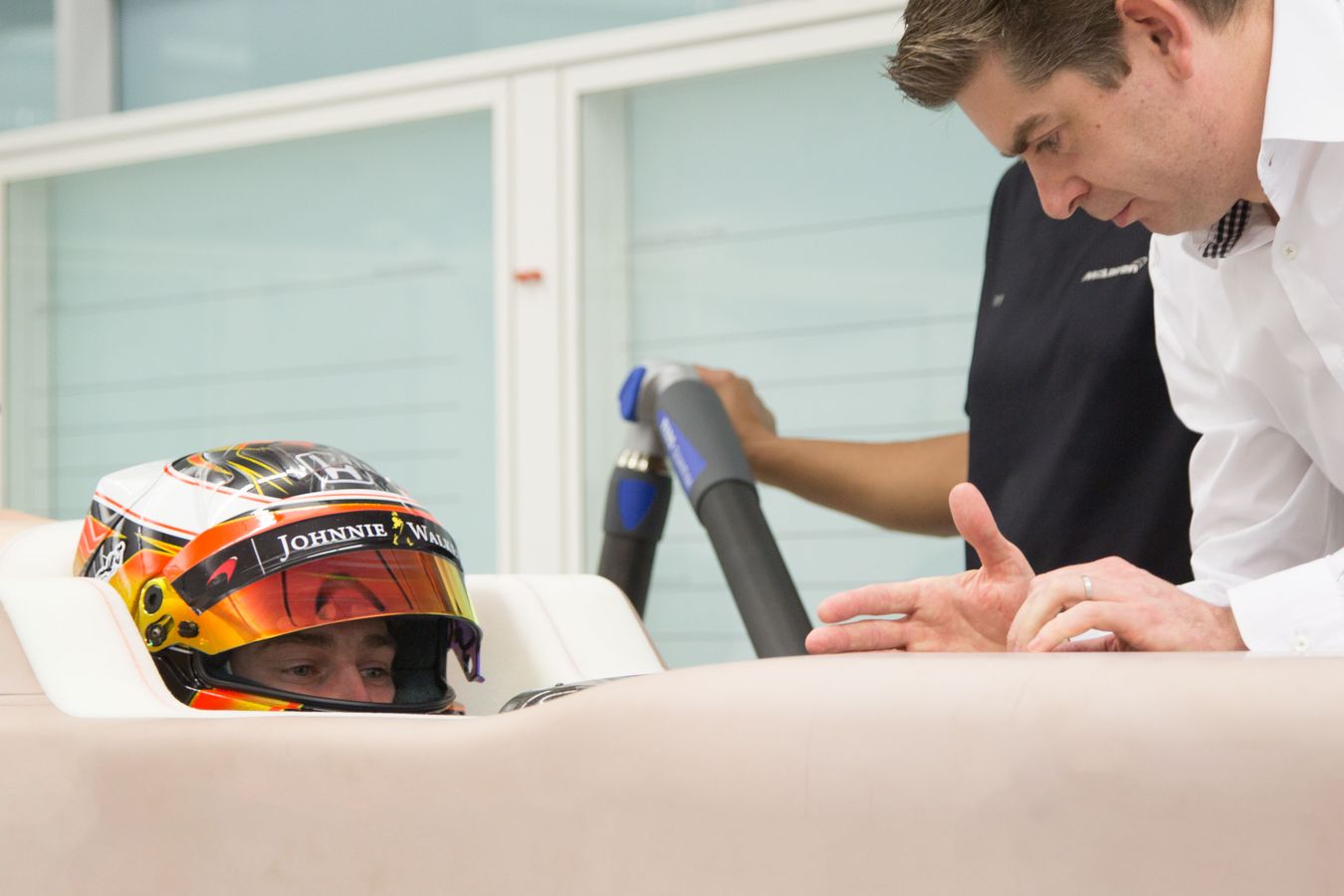 That has two curious knock-ons: first, it means that the increased loads and forces will make driving the cars physically tougher, but, second, it will also mean that more corners are taken flat-out, so effectively no longer become corners per se.

Confused? Don’t be. When we asked technical director Tim Goss to explain the changes to us, he summed it up succinctly: “Engineers define a corner as a point on the track where the driver has to lift and essentially drive and handle the car through the corner. Even if he’s going round a bend, and his foot is flat to the floor on the accelerator, we class that as a straight. And as the cars will be going faster, some of 2016’s ‘corners’ will be classified as ‘straights’.”

For Stoffel Vandoorne, that’s quite an appealing prospect. And he’ll be able to put that theory to the test within moments of first driving the new McLaren-Honda Formula 1 car.

“I’m really hoping that we’ll be able to take Turn Three at Barcelona flat this year,” he says, his eyes widening with enthusiasm. “It’s a corner that I’ve been able to take flat in the junior series, such as Formula Renault 3.5, so you’d expect it to be flat in Formula 1 as well, even though there’s a lot more horsepower. Obviously, I’ve still only driven it in the sim, so whether it will actually be flat, we’ll have to wait and see.” 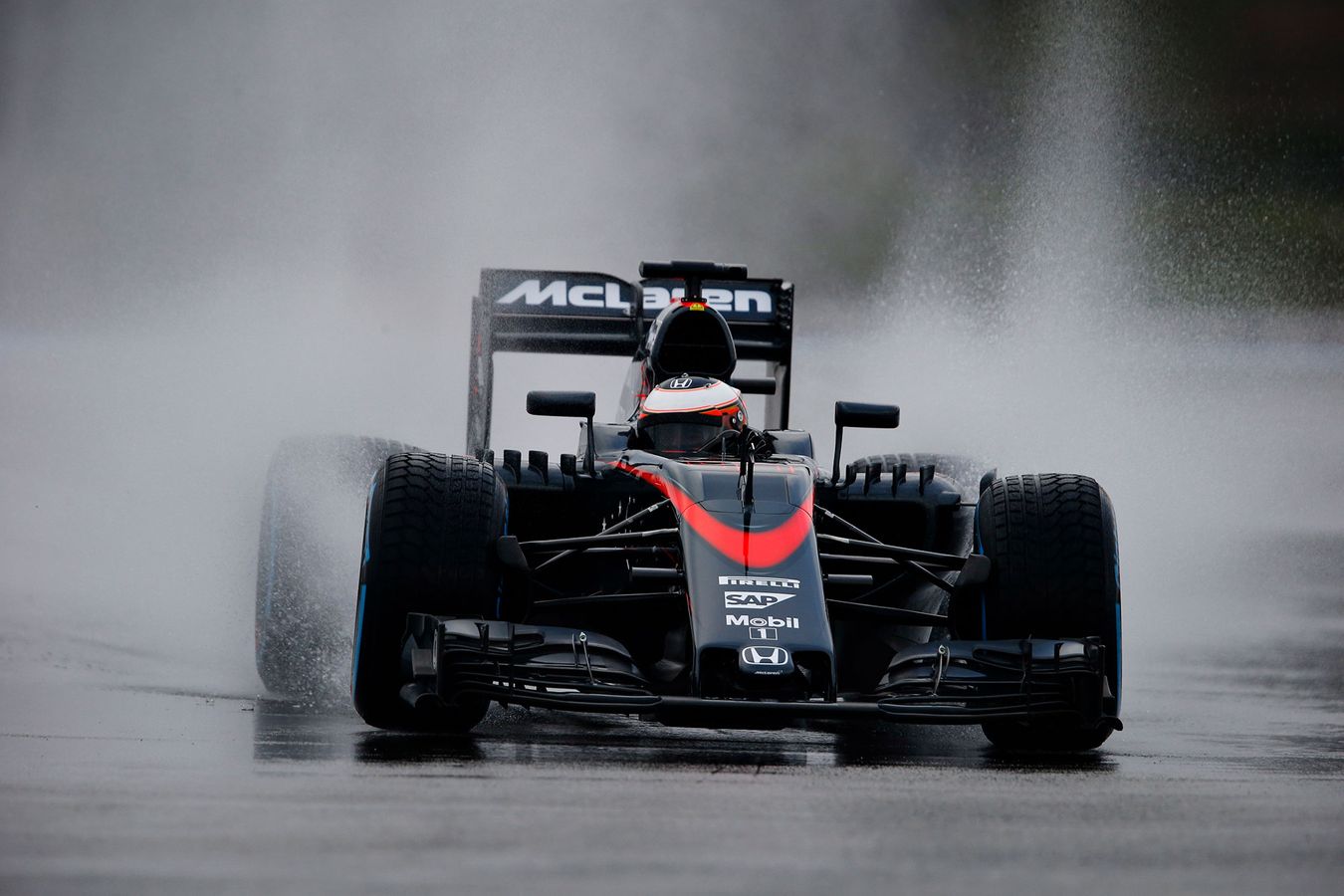 So, does that mean that, with more ‘corners’ becoming ‘straights’ in 2017, Formula 1 might actually be easier, rather than harder, for grand prix drivers?

Stoffel thinks about it for a second: “When a corner is flat, you don’t really think about it too much,” he explains. “You know you can’t do anything else except put your foot to the floor, and then be as smooth as possible with the steering wheel so as not to scrub too much speed off. So then your focus shifts towards other parts of the circuit: if some corners become easy-flat, then you shift set-up focus elsewhere; towards the slower parts of the track. We’ll be working harder to extract the most performance from those areas of the track.

That’s in the corners, mind you, because all predictions point to straightline speed actually being slower than last year – by virtue of the fact that the larger tyres punch a bigger hole in the air, making it harder to achieve the speeds we previously saw. Stoffel can’t yet say whether those bigger front tyres will be a bigger impediment to his vision, although he does say that driving them in the sim, where we have successfully modelled the newer profile, it “feels very different to before”. Again, we’ll see once the cars start testing.

For a rookie, albeit one with a full grand prix and a world championship point under his belt, Stoffel may have one unexpected ace card to play this year – his experience racing last year in Japan’s Super Formula series.

Why so? Because those cars were capable of being pushed hard all race on low-deg tyres, being driven fast through corners, and raced at high-speed, racy Japanese tracks which somewhat tend to favour bravery over refinement.

Stoffel agrees that a year spent racing in Japan helped keep him sharp: “I definitely feel it was good for me to race those cars, because they were very quick in the corners,” he says. “And in Japan, the tracks were very high-speed focused as well, so it was a good opportunity.

“Whether it was good preparation or not for this year, I won’t be able to give you a better answer until after I’ve driven this year’s car!”

The story of fitness and F1

Find out how F1 driver training has evolved since the 1950s