Häkkinen and Coulthard take a glorious one-two in Hungary

Häkkinen and Coulthard take a glorious one-two in Hungary

The summer of 1999 was rare indeed for the McLaren-Mercedes team. Sure enough, they were battling against two Ferraris in their contest for the the world championship, but for eight races from and including the British Grand Prix neither of those Italian cars was driven by the Italian team’s regular star Michael Schumacher, who had been sidelined with a broken leg after smashing off the road on the opening lap at Silverstone.

Not that this was the end of the challenge for McLaren drivers Mika Häkkinen and David Coulthard. Not by a long chalk. Although Mika, then the reigning world champion, qualified his MP4-14 on pole at the Hungaroring and led from start to finish, it was relentless pressure from DC which forced Eddie Irvine in the Ferrari into a crucial mistake which dropped him from second to third and resulted in his title lead being slashed dramatically from eight points to two by the end of the afternoon.

It was certainly a reassuring moment for Häkkinen, who had not been first past the chequered flag since the Canadian Grand Prix a couple of months earlier. After the Finn’s abject disappointments at Silverstone, the A1-Ring and Hockenheim, this dominant performance in the torrid heat at the track just outside Budapest seemed to signal that normal service had been resumed at the front of the field.

The start of the race had been uneventful for Häkkinen. He made a clean getaway to lead the field through the tricky off-camber first right-hander which, on this rare occasion, the entire pack managed to negotiate without losing a single car to the all-too-familiar collision. Mika was certainly not messing about. He produced a 1.3sec lead at the end of the opening lap and, with seven laps under his belt, was 5.1sec ahead of Irvine’s Ferrari which seemed to be straining to keep up. 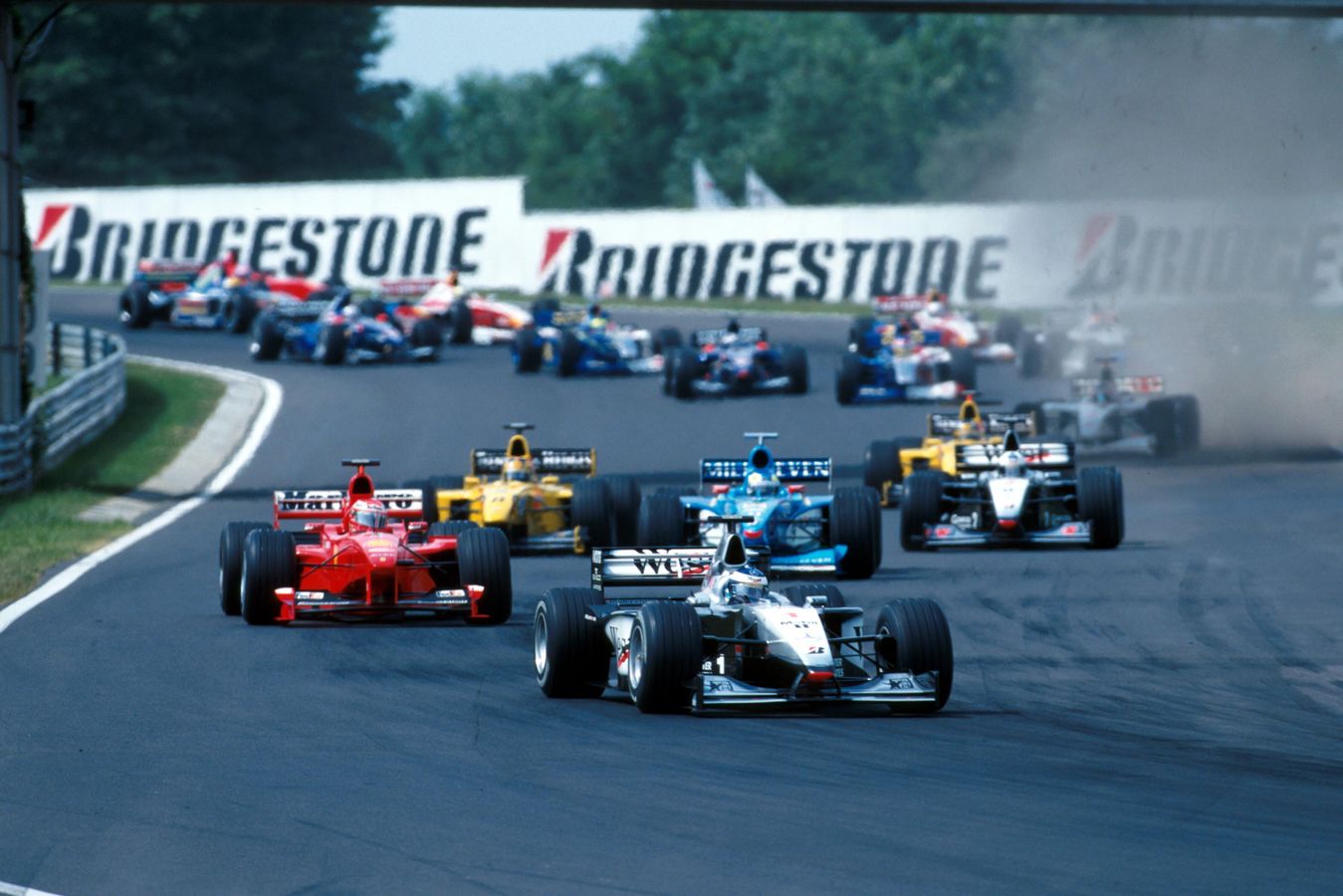 Meanwhile, Coulthard, who qualified third, was paying the price for a slow start and was also grappling with a slight gearbox downchange problem.

“It locked the rear wheels several times under braking,” he explained. “But the pits told me they were monitoring the situation and I heard nothing more about it.”

For his part, at the head of the field, Häkkinen was rattling off a succession of fastest laps in response to signals from the pits that he should open as big a gap as possible over his pursuers, so that at his first scheduled refuelling stop he would not fall back into the clutches of heavy traffic on this tight little circuit where overtaking is so notoriously difficult.

Mika duly made his first refuelling stop on lap 31 of the 77-lap race, squeezing back into the race just over a couple of seconds ahead of DC who had yet to make his stop. That would last him through to his second refuelling stop on lap 55, after which he again resumed first and confidently began to reel off the laps towards his fourth victory of the season. Three laps later Irvine and Coulthard dodged in together for their second stops. They resumed second and third, but when Irvine made a slight mistake a few laps later, Coulthard was close enough to pounce and yet another McLaren 1-2 grand slam went into the record books.

Caught on camera: a trip down memory lane around Monte Carlo

The story of a mighty comeback from the Flying Finn