Paint the town red? Pink, more like. And we’ll be doing it for a good cause and for a great bloke. 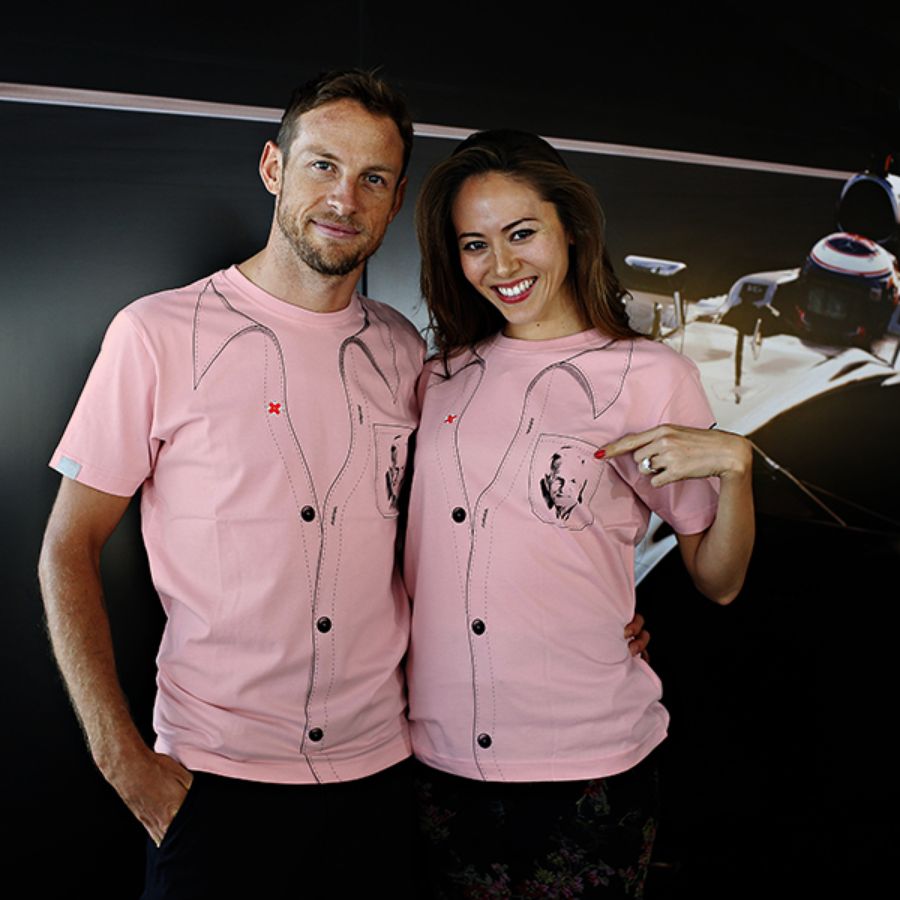 For this summer’s British Grand Prix, McLaren has created a special T-shirt that commemorates the life of Jenson’s beloved father, John, who sadly passed away in January this year.

John was hugely proud and supportive of his son’s racing exploits, guiding him from his earliest days in karting through to his 2009 world title, and his many grand prix wins with McLaren Mercedes. His death earlier this year has left a hole in the motorsport community that will be impossible to fill.

At Silverstone, we’re encouraging fans to go pink – the colour of John’s traditional race-day ‘lucky shirt’ – and buy a tribute #PinkforPapa T-shirt to show their support and appreciation for a departed British motorsport icon.

A percentage of the proceeds will go to Jenson’s preferred charity, the Henry Surtees Foundation – an organisation set up by former world champion John Surtees, in memory of his son Henry, to assist and support people with injuries caused by accidents, injuries, and provide resources and assistance for young people to develop their skills.

Jenson said: “We want to turn Silverstone pink to commemorate John, and to support the Henry Surtees Foundation. Your support is much appreciated in raising awareness ahead of the British Grand Prix.”

Speaking about his father earlier this year, Jenson said: “Whether I liked it or not, he was always the last person to give me a high-five or a cuddle before I got into the car. Even if I was trying to concentrate, he’d be there to make sure he gave me that last hug.”

For more information, and to buy a John Button tribute pink T-shirt: click on http://bit.ly/PinkShirtsforSilverstone