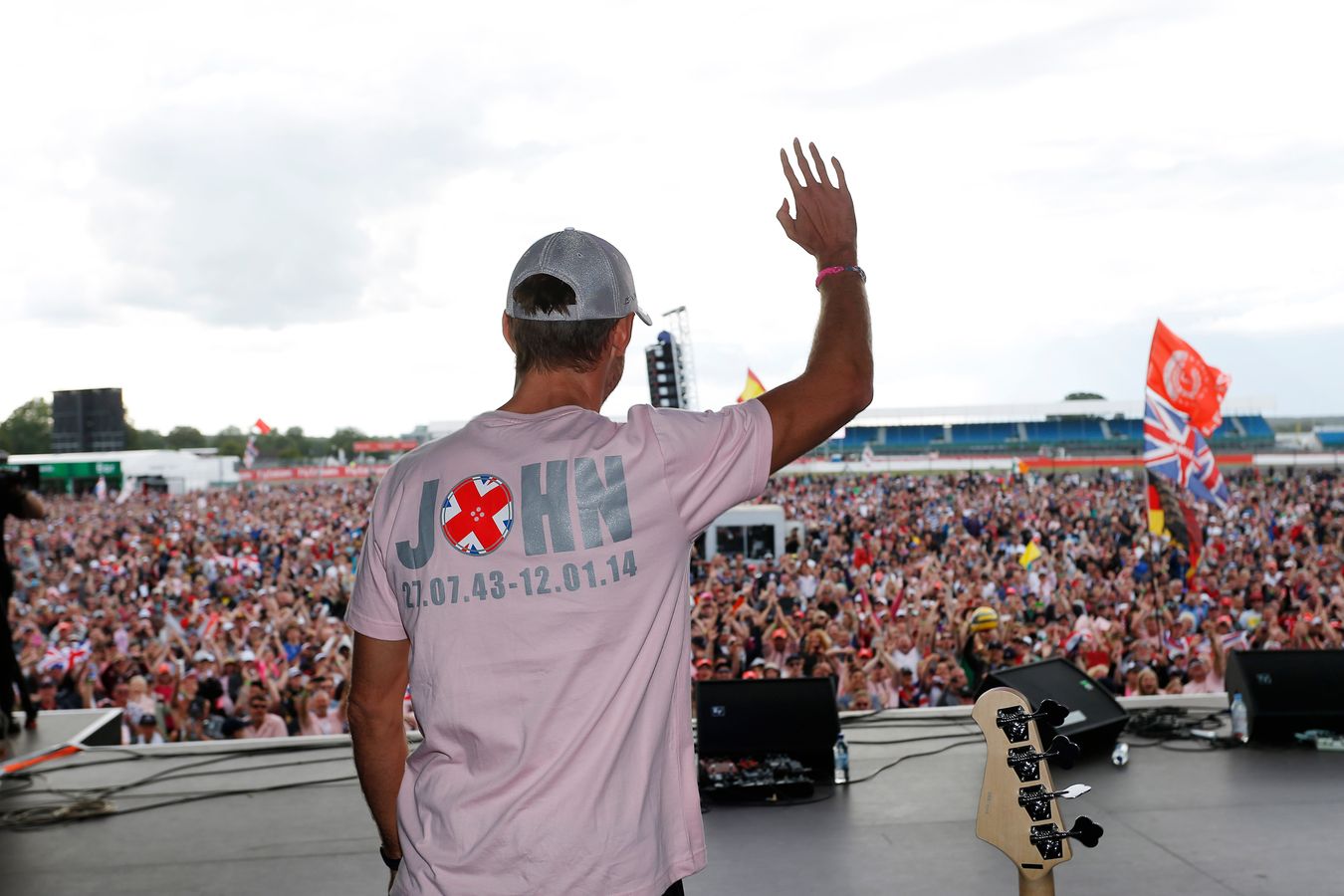 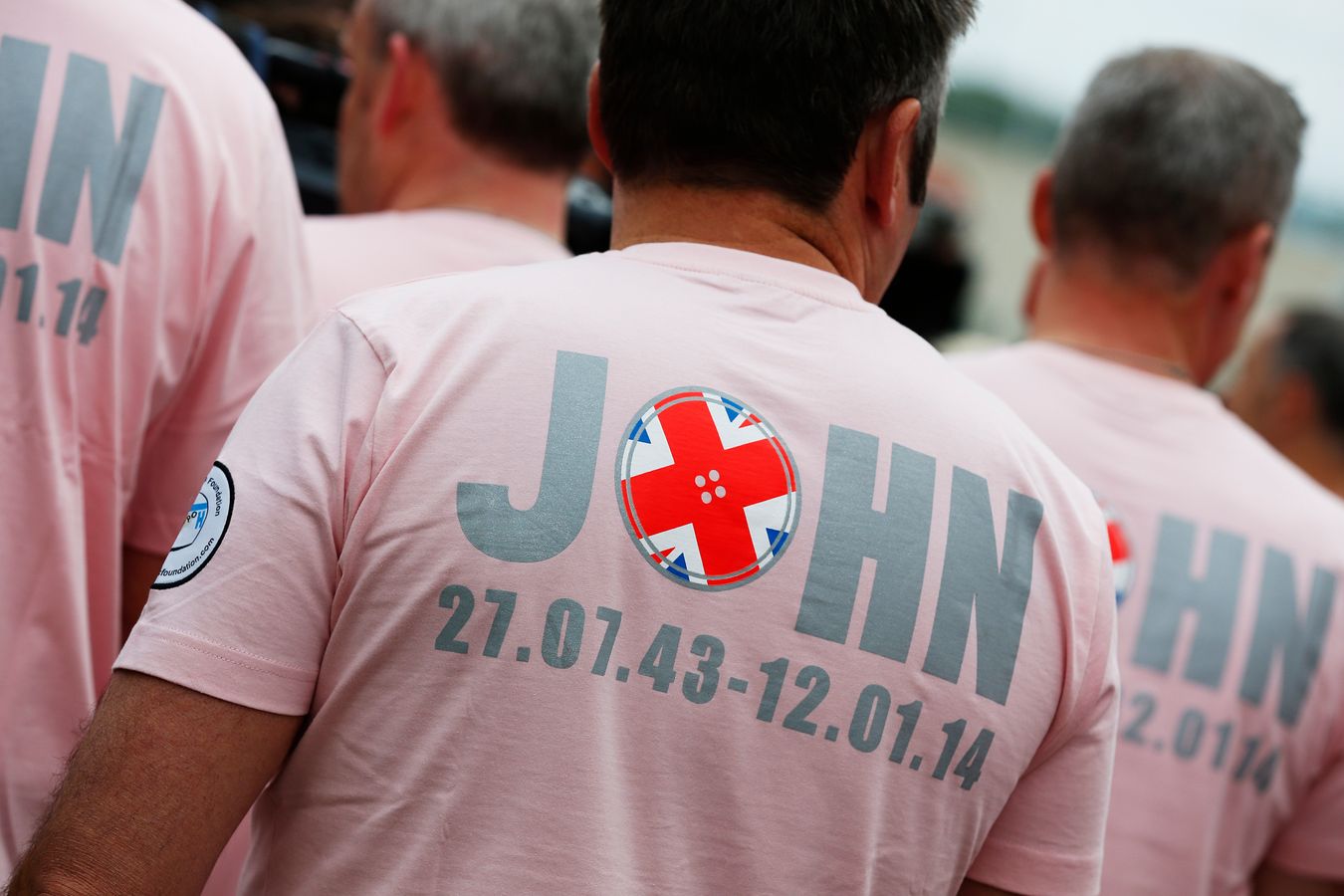 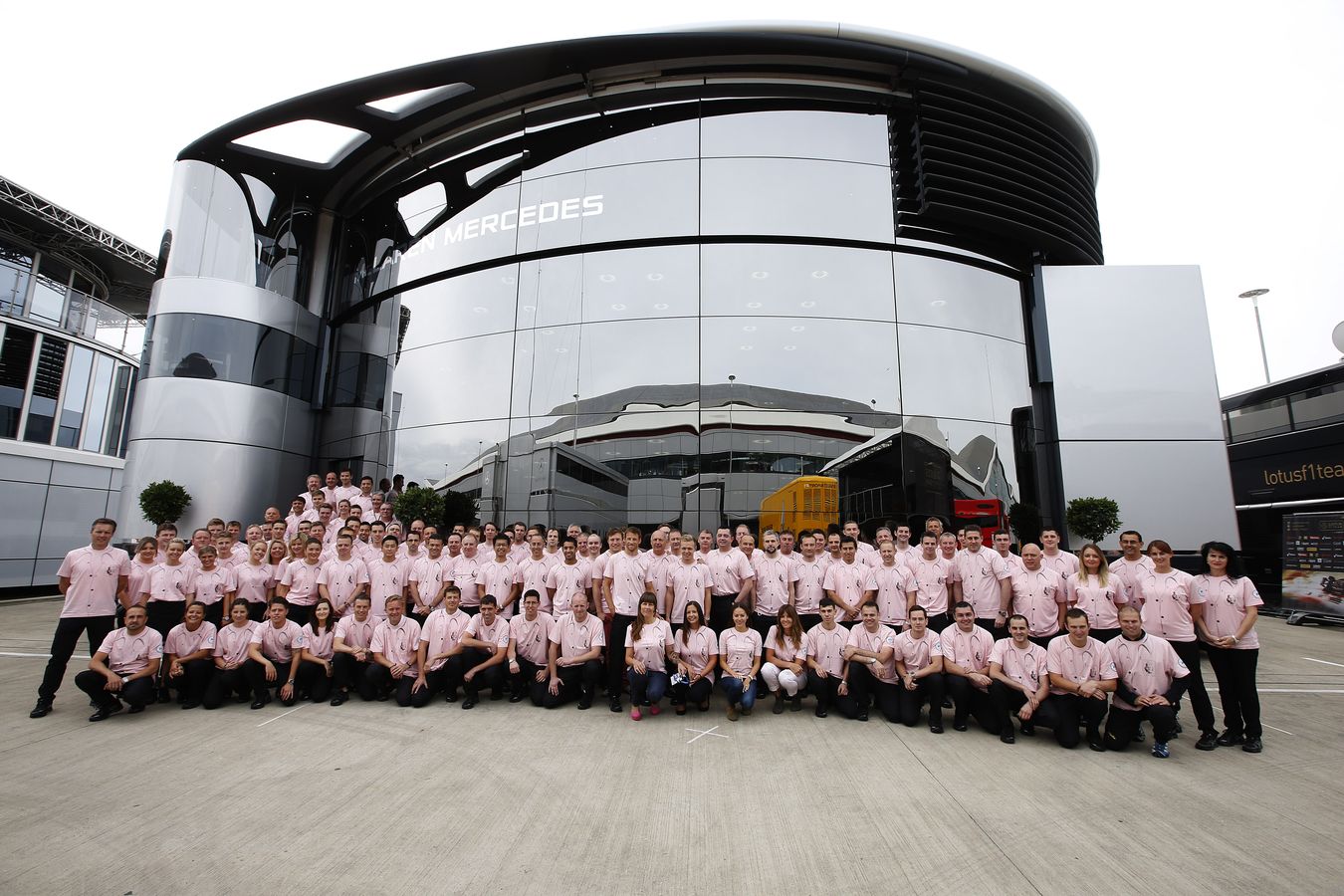 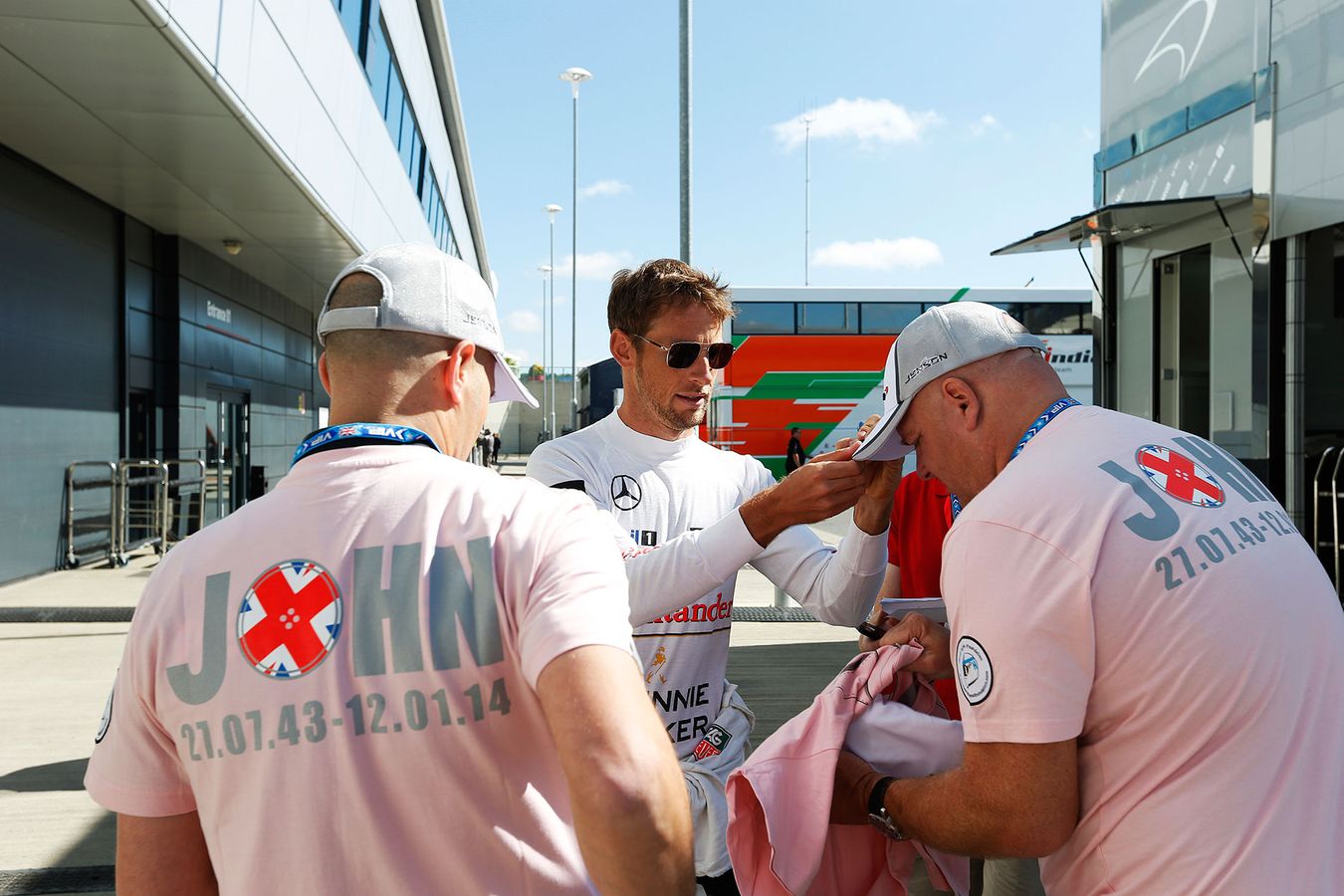 Jenson thanks fans for pink T-shirt support at Silverstone

Jenson thanks fans for pink T-shirt support at Silverstone

If you went to the British Grand Prix, you couldn’t have avoided the sheer amount of pink on display throughout the whole weekend.

Jenson Button’s #PinkForPapa campaign encouraged fans and spectators to wear pink for his home grand prix in memory of his late father, John.

To support the initiative, Team McLaren worked with Jenson to create a special pink T-shirt for fans, and announced that all proceeds would be donated to the Henry Surtees Foundation – a charity initiated by former F1 world champion Sir John Surtees to support young people with brain or physical injuries.

Speaking about the initiative, Jenson said: "The Henry Surtees Foundation is a charity that’s very close to my heart. To have raised a significant amount of money for them is an absolutely incredible achievement – and I’m so grateful to every single person who either bought one of the official T-shirts, or who chose to wear pink at Silverstone to remember my father. I know my dad would’ve been incredibly proud.

"The whole Silverstone weekend was an unbelievably positive experience for me – to have raised so much money, and for such a good cause, just made it even better.

"A heartfelt thank-you for everybody’s love, help and support."