As Jenson Button approaches his 300th grand prix start this weekend at the Malaysian GP, we take a look back at his racing career and focus in on a few of his stand-out races. In the next installment, we cover races 101 to 200.

Six years without a win was beginning to hurt, so Jenson Button initiated a new regime to raise his game. Now 26, the youthful exuberance that characterized his early years in F1 was replaced by a new love of fitness and triathlons. Hard work made the Honda man stronger physically and mentally and he was better prepared to cope with the pressures of racing at the pinnacle of motor sport, as he continued to fight for his dream of winning the world championship. 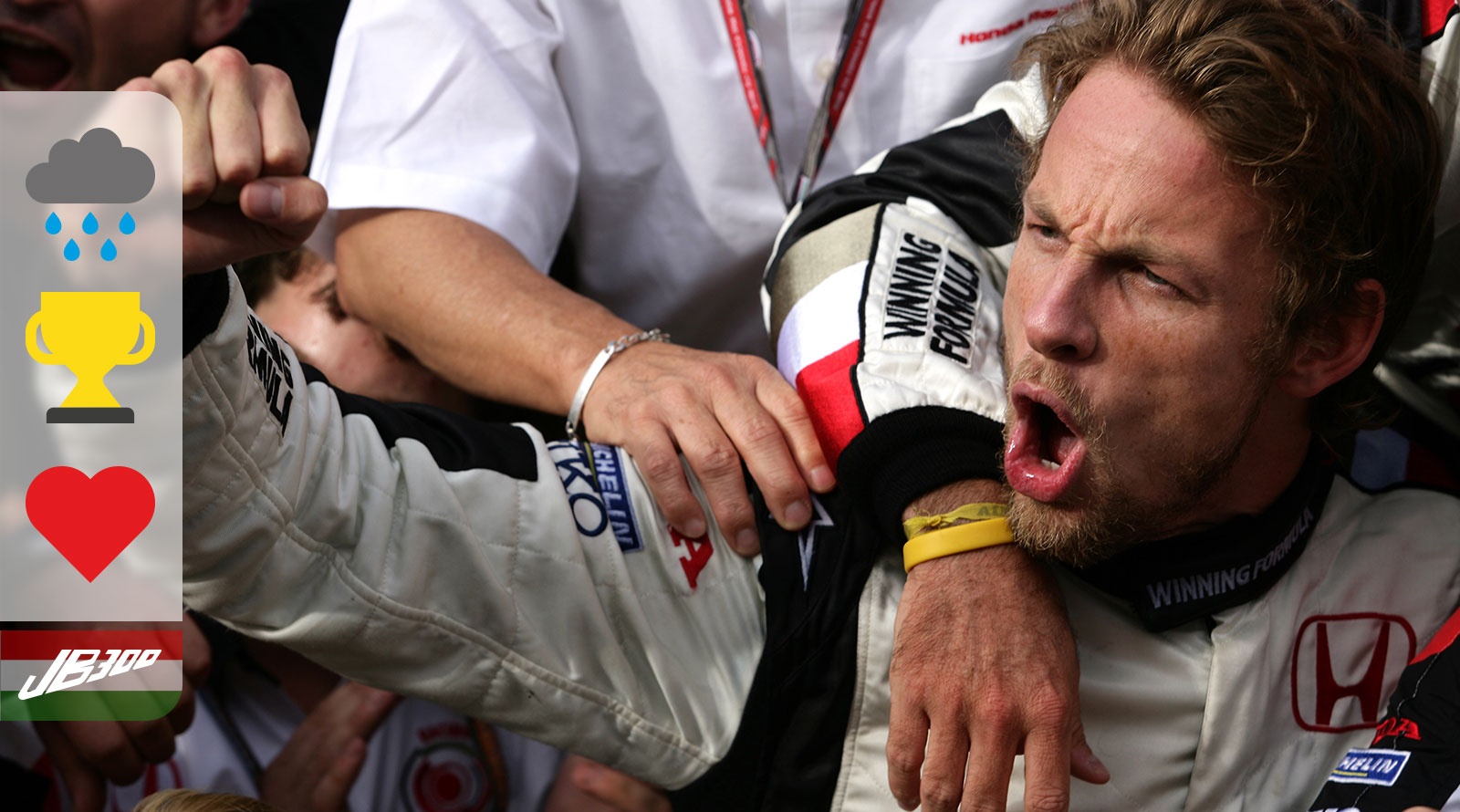 The first crucial milestone was to stand on the top step of the podium, something he finally achieved at his 113th attempt in a crazy, wet-weather race in Hungary, 2006. It was a one-off win, but the end of the victory drought proved that on his day he was good enough to beat anyone.

Trying years followed which culminated in the bombshell that Honda were quitting the sport. But out of the ashes of failure came a potent new weapon. The saviours at Brawn had created the BGP 001 – a machine that was the quickest in the field and finally a car worthy of JB’s unquestionable talent.

There was a new-found confidence, an inner belief and champagne corks popping after every race. After Jenson’s Brawn won six of the opening seven races of 2009 – and despite a late season wobble – title success was guaranteed. Jenson Lyons Button was at last a Formula 1 world champion. 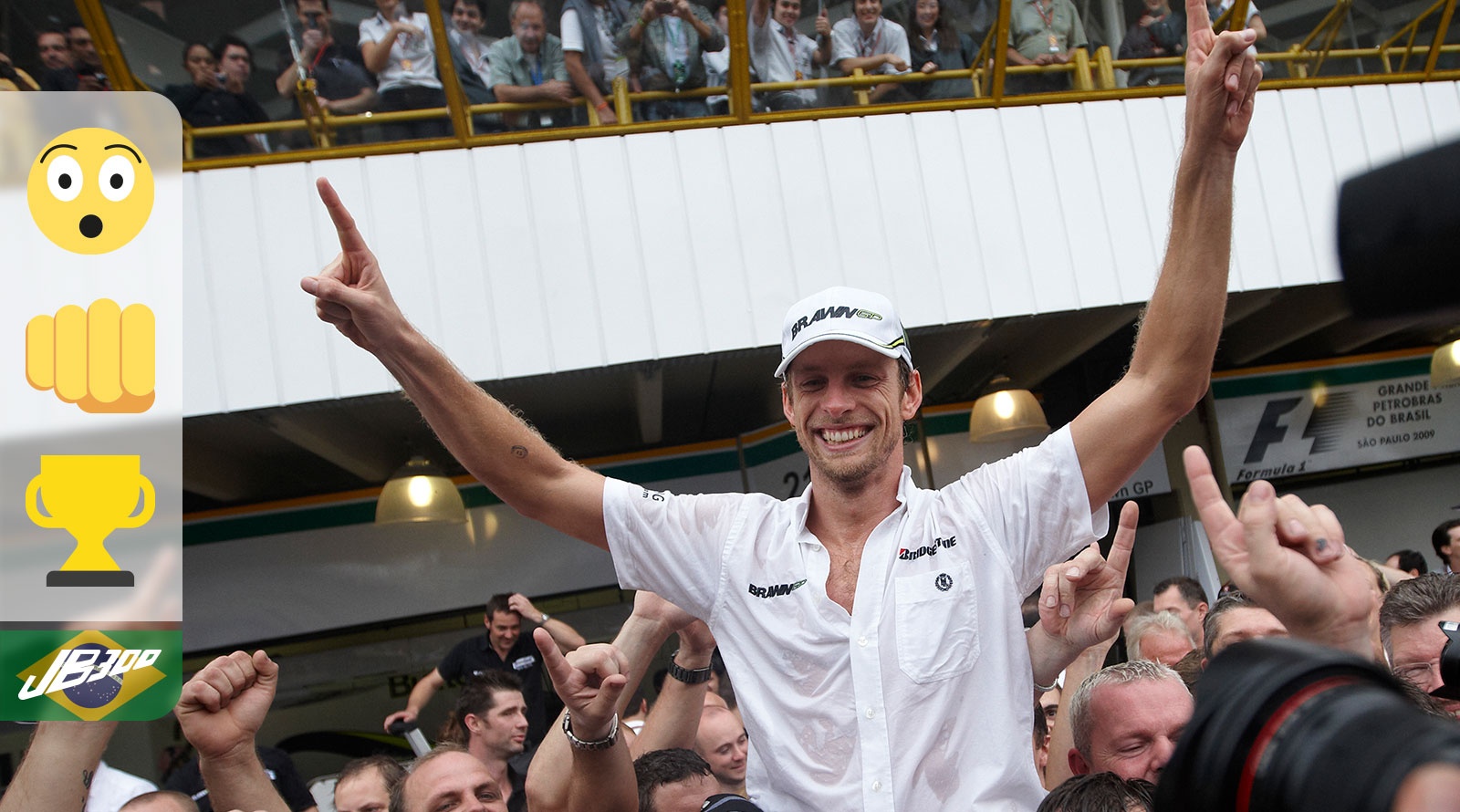 Recognized as one of the sport’s elite achievers, the title elevated the Somerset man to a new high in the sport. Respected and revered, he was suddenly in demand and received the call to join McLaren to begin a new challenge.

Pitted against Lewis Hamilton, this was a dream team for the Woking outfit and success – podiums and wins – continued as Jenson reveled in his new surroundings and continued to establish himself as one of the very best drivers in Formula 1. 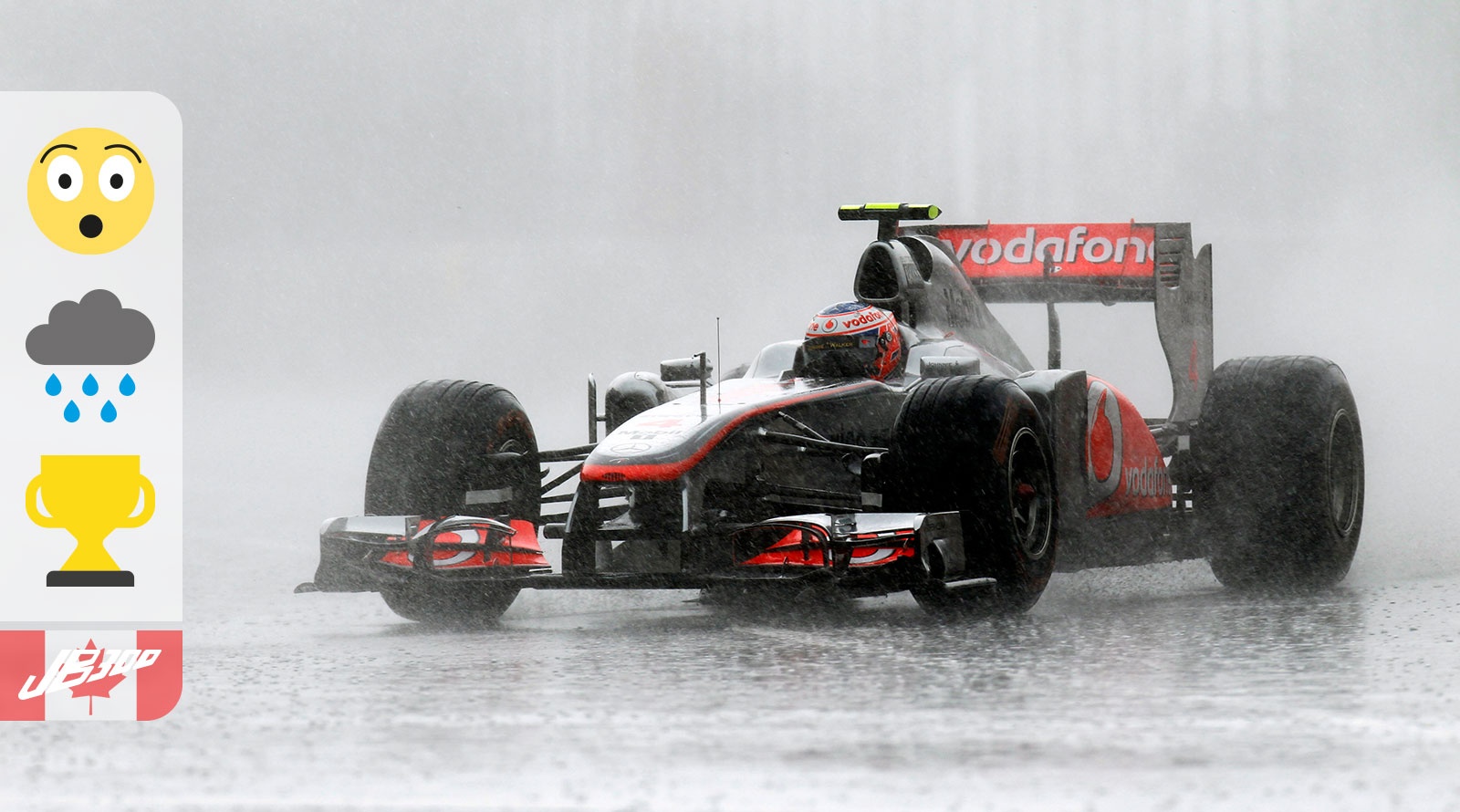 The Hungaroring has always been a tricky place to overtake, so what could Jenson Button do from 14th on the starting grid? The answer – thanks to a downpour – was an emphatic victory. On his 113th start, Jenson drove the race of his life to turn the formbook on its head and take an emotional first win in Formula 1.

It wasn’t looking good. This was penultimate race of the season and a once healthy points lead had been whittled away. Team-mate Rubens Barrichello was on pole, while Jenson was a lowly 14th. What followed was a masterly display of overtaking, aggressive yet measured. And finally fifth place: enough to take the drivers’ world championship…

On lap 47 of this race, Jenson was in 12th place, 21 seconds behind race leader Sebastian Vettel. Yet he still managed to win. He’d hit his team-mate, he’d been given a drive-through penalty and had suffered a puncture – at one point running dead last. But in a wet/dry thriller he never gave up and if you’re only going to lead one lap, make it the last one. Simply stunning.