As races go, few are more iconic than the 24 Hours of Le Mans.

Just ask Fernando Alonso, who is so keen to secure motorsport’s famous ‘triple crown’ of Monaco, Indy and Le Mans that he is contesting this year’s World Endurance Championship in parallel with his McLaren Formula 1 commitments in a bid to win the 24 Hours and help speed that process along.

So, what is it about Le Mans that makes it so unique?

After all, other 24-hour races are available (Daytona, the Nurburgring, to name just two). And sports car racing, while popular, is still dwarfed by Formula 1.

But, like Indy and Monaco, Le Mans has become a race of legend; a place where the past and present mix effortlessly together, one augmenting the other. And like those other two fabled venues, very little has essentially changed at a racetrack that first held a motor race way back in 1923 – travel to La Sarthe, as the area is known, and you’ll feel the ghosts of racing past, as well as sports car racing’s mind-bogglingly fast and swoopy modern prototypes.

The first cut is the deepest

For Le Mans newbies, that first visit can be a daunting experience.

Most racing circuits feel big; but Le Mans is vast – 8.5 miles, or almost 14km, long. Crowds over the race weekend are dense, sprawling, noisy and sometimes seemingly indifferent to the 200mph spectacle taking place metres away from them.

The race itself also feels pretty intimidating. For a Formula 1 fan, more used to the two-hour cut and thrust of a Sunday afternoon, it can feel endless and disorientating, a race where you’ll find yourself losing track of time, place and self. 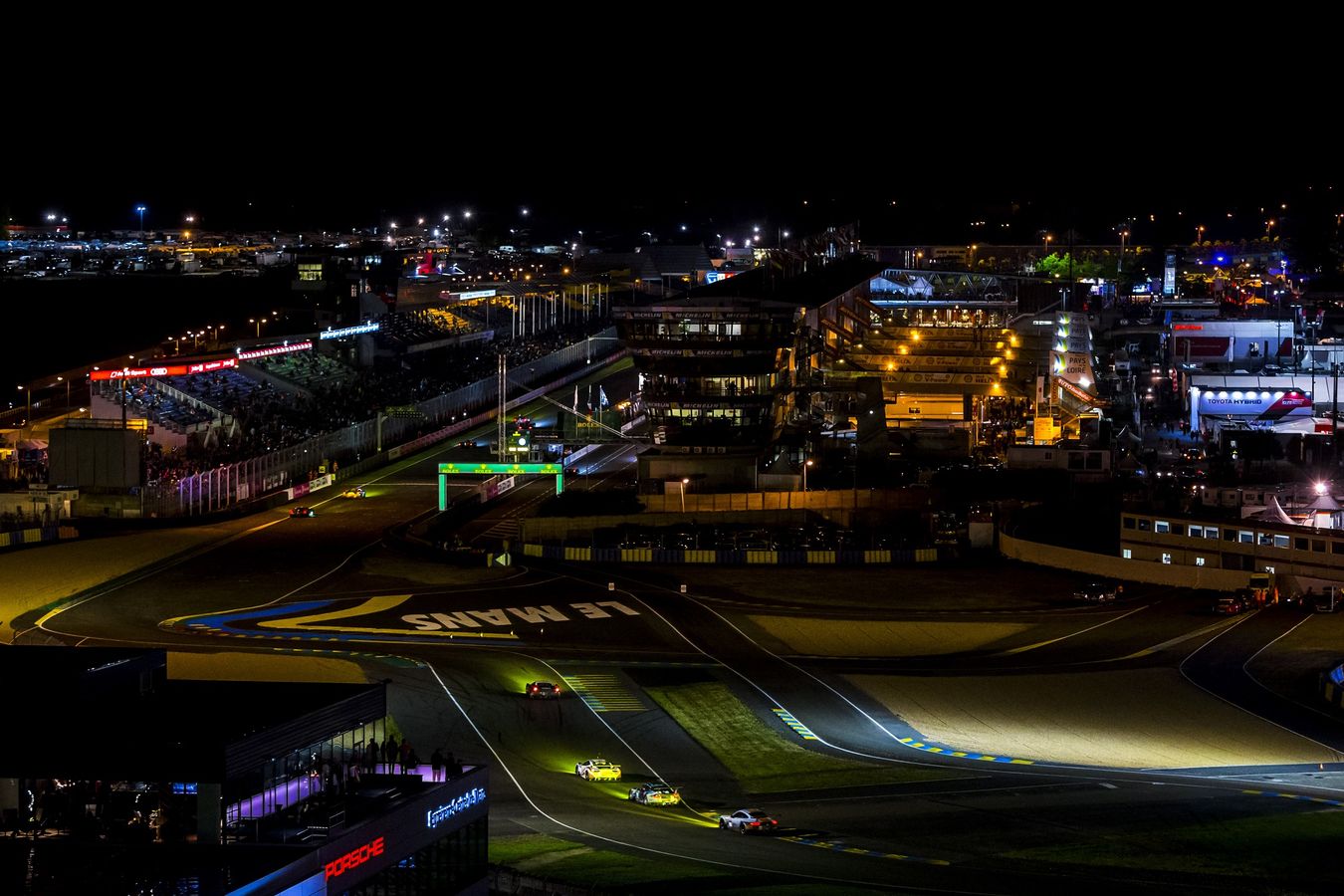 There’s no easy way to take in the week-long build-up to a race that sprawls across a whole weekend. If you’re making the trip for the first time this year, the main thing to remember is to just relax.

The trick to understanding and enjoying Le Mans is patience – don’t suddenly dive in, paddle in slowly and let the race slowly engulf you.

And that’s part of the magic. Le Mans is far more than just a race, it’s an experience. There’s more than enough time to enjoy the on-track action, so unclench and find the route and rhythm that best suits you.

Here’s McLaren’s lowdown on what’s set to be a mighty week in France for Fernando:

The unique nature of the Le Mans circuit demands a pre-race session for the teams. This is a straightforward one-day test and stands alone from the race weekend.

It’s easy to forget that the race takes place in a small town in rural France. For the locals, the race is a huge deal, and warrants a festival atmosphere, full of pageantry and tradition. 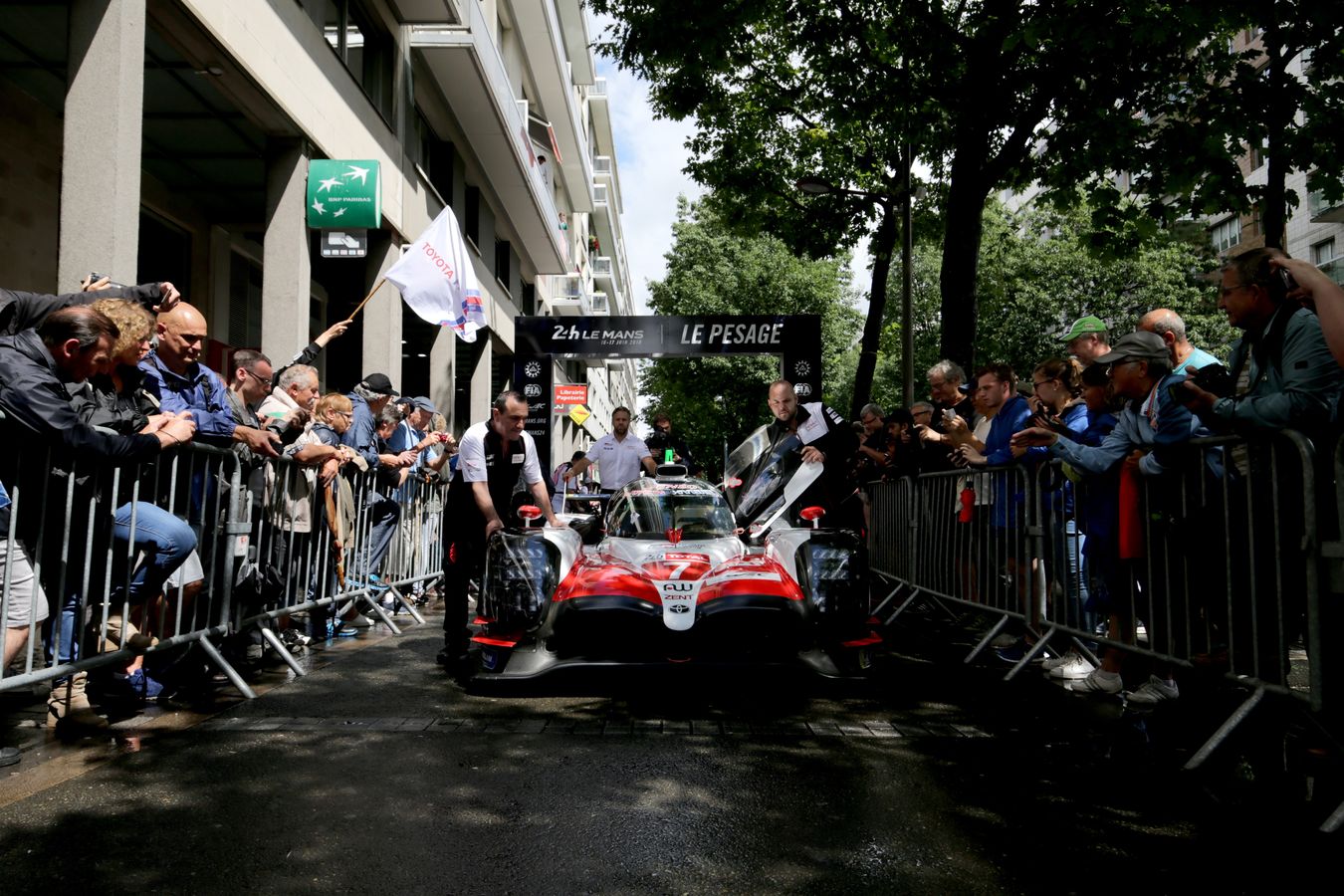 The two-day scrutineering session for all 60 cars could easily take place in the paddock, but relocating it to the town centre, where everyone can get close to the teams and machinery, makes it a far more charming and engaging way to kick off the week’s proceedings.

Scrutineering continues for a second day. It concludes with a 6pm ceremony for last year’s victors, who are immortalised with a brass plaque of their handprints, situated within the town. Admission for both days is free.

There’s a relaxed mood within the paddock as the first timed session of the weekend starts. 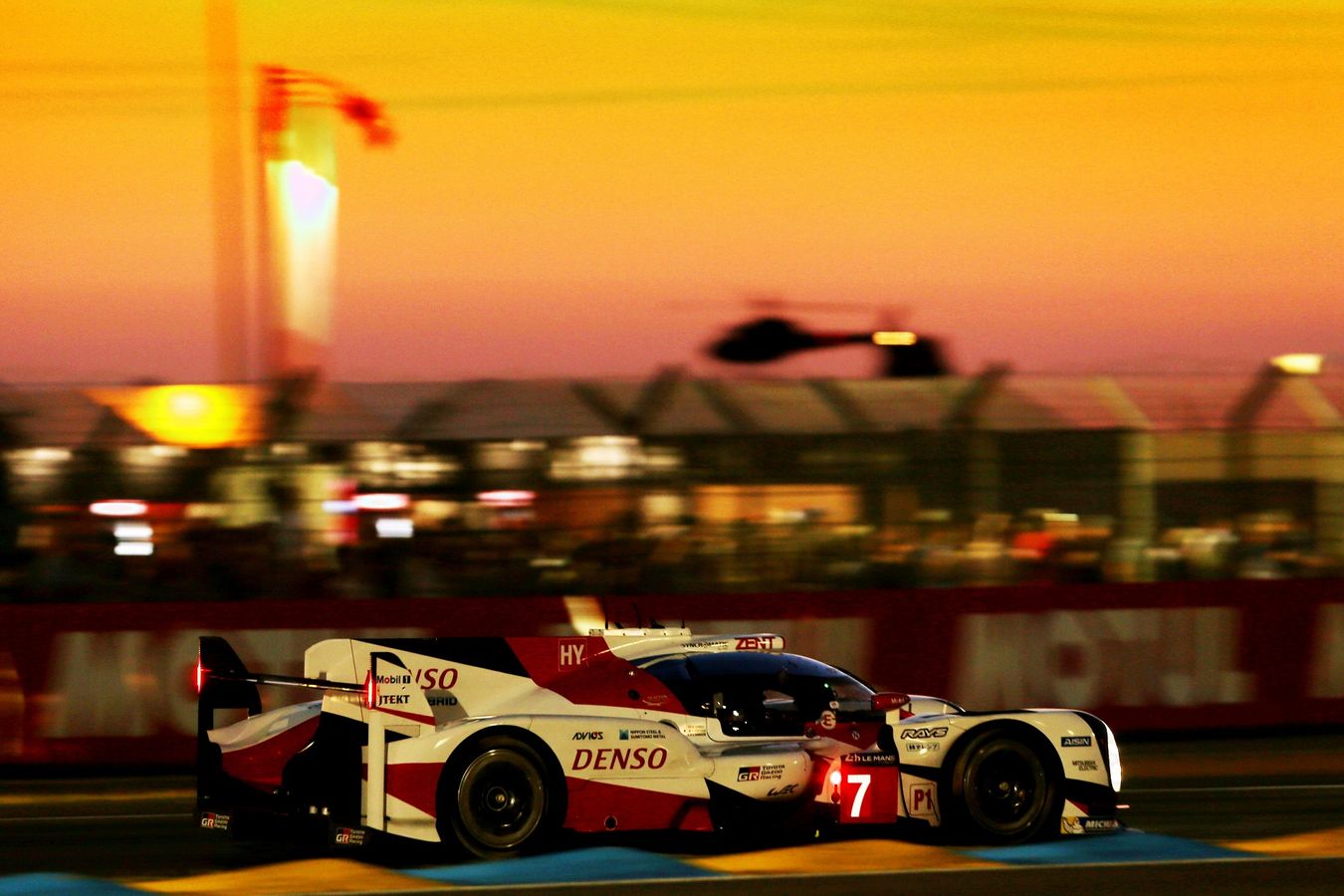 That’s not surprising, really, as it’s a big four-hour slot. Teams use this session to establish a base set-up, give rookies additional mileage, run longer stints, and dial the car in for qualifying.

For the teams, the biggest objective of the evening is to ensure each driver completes the five nighttime laps needed to be eligible for the race. Once that’s achieved, they can also focus on establishing a qualifying time – particularly important if rain happens to disrupt Thursday’s timed running.

Don’t make the mistake of going to the track on the eve of the race – just like Indy and Monaco, there are days when the main event temporarily switches off, and this is one of them. 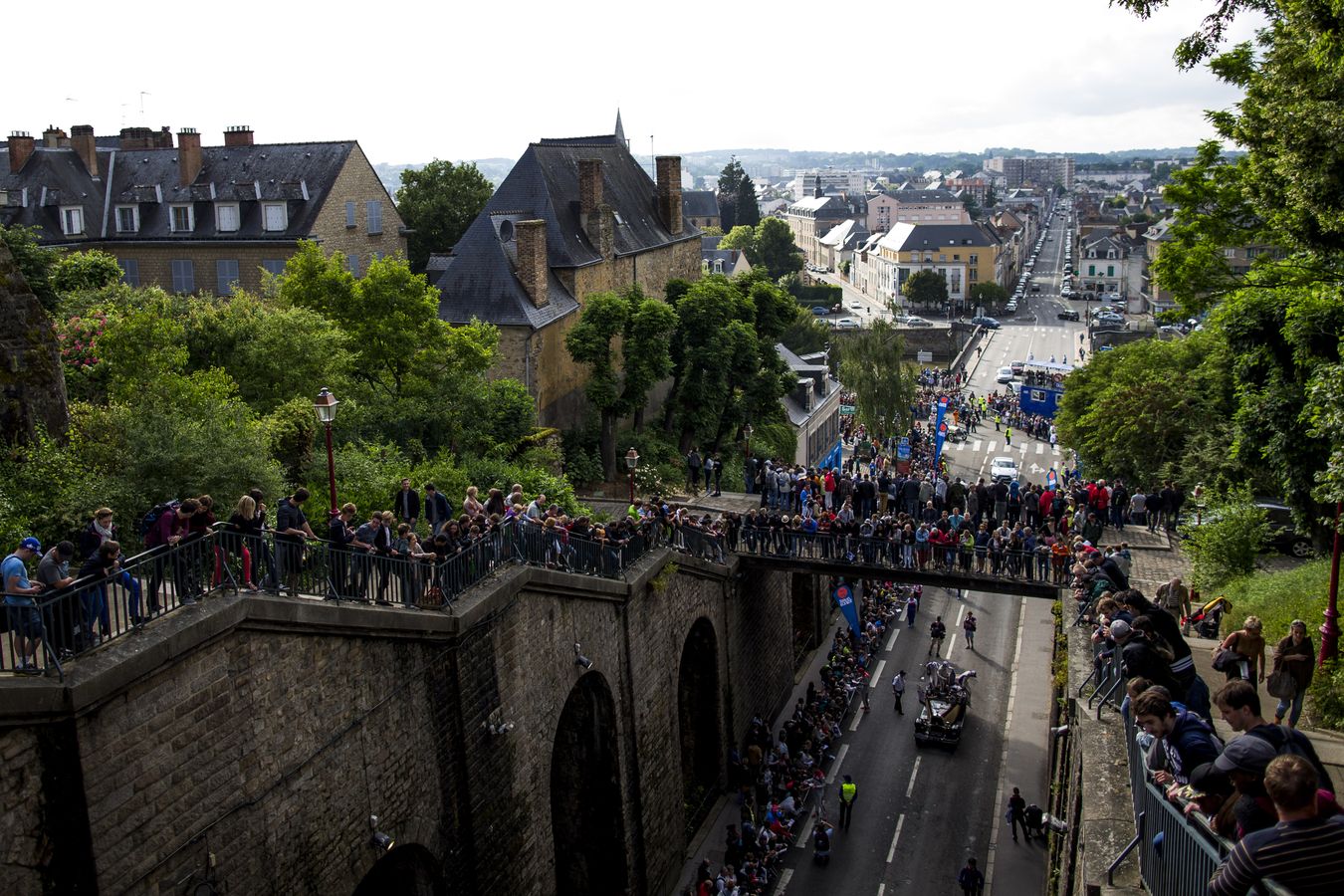 Instead, head for the town centre for the afternoon’s drivers’ parade, when all the entrants drive through Le Mans in vintage cars. It’s a fun event, and like scrutineering before it, gives you great access to the teams and drivers.

If it’s your first Le Mans, you’ll make the classic mistake of getting up super-early on Saturday morning for the start of the race. To be honest, even if you’re a Le Mans veteran, it’s still hard to resist the lure of the track on the morning of race day.

The start of the race is when the circuit will be at its busiest – the sight and sound of 60 cars barrelling into the first corner and then disappearing down the long Mulsanne Straight is an unforgettable one, and nobody wants to miss it. 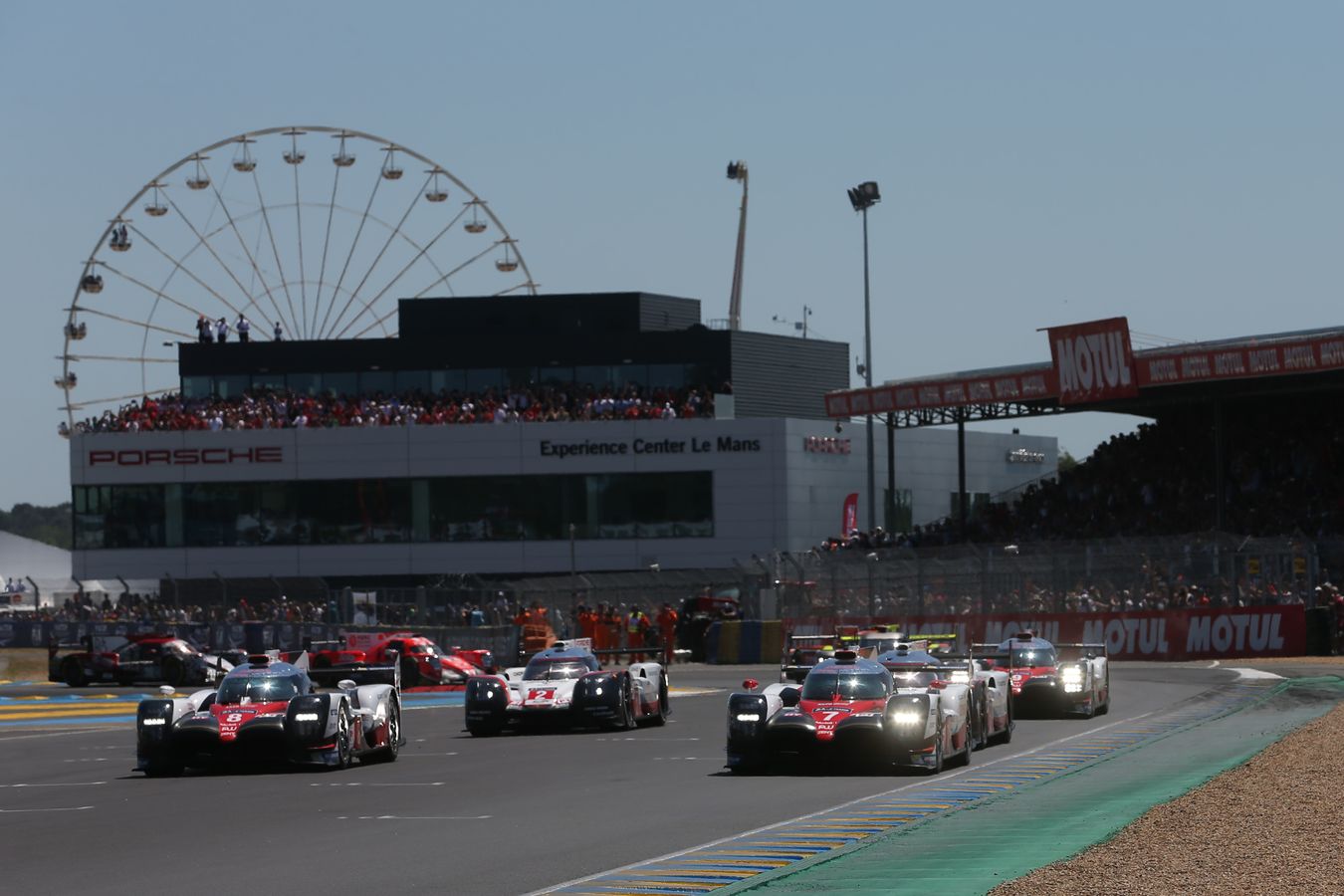 Those first hours usually see the most intense racing as every driver battles to give his car and sponsors some valuable air-time. It can be pretty difficult to move around during the opening laps, so pick your spot carefully, and be prepared to camp it out for a while until the crowds start to wander off to the campsites, funfair and food and drink stalls.

Remember, the weekend’s festival vibe continues throughout the race, the museum is open during the race and definitely worth a visit, and the funfair is a fantastic attraction, particularly at night when it’s spectacularly illuminated.

As the night draws on, the spectators start to dwindle, and you get the best opportunity to scour the circuit for nighttime vantage points.

The first light of morning brings spectacular pink skies, and the incredible sight of cars still pushing hard, the glare of their headlights dimmed by the morning sun.

As with the start, the final hour is when everyone returns to the track to see home the finishers. The grandstands and spectator banks are jammed with people, but the atmosphere is electric as everyone cheers home the finishers, cars covered in grime and dirt after a day of hard racing. 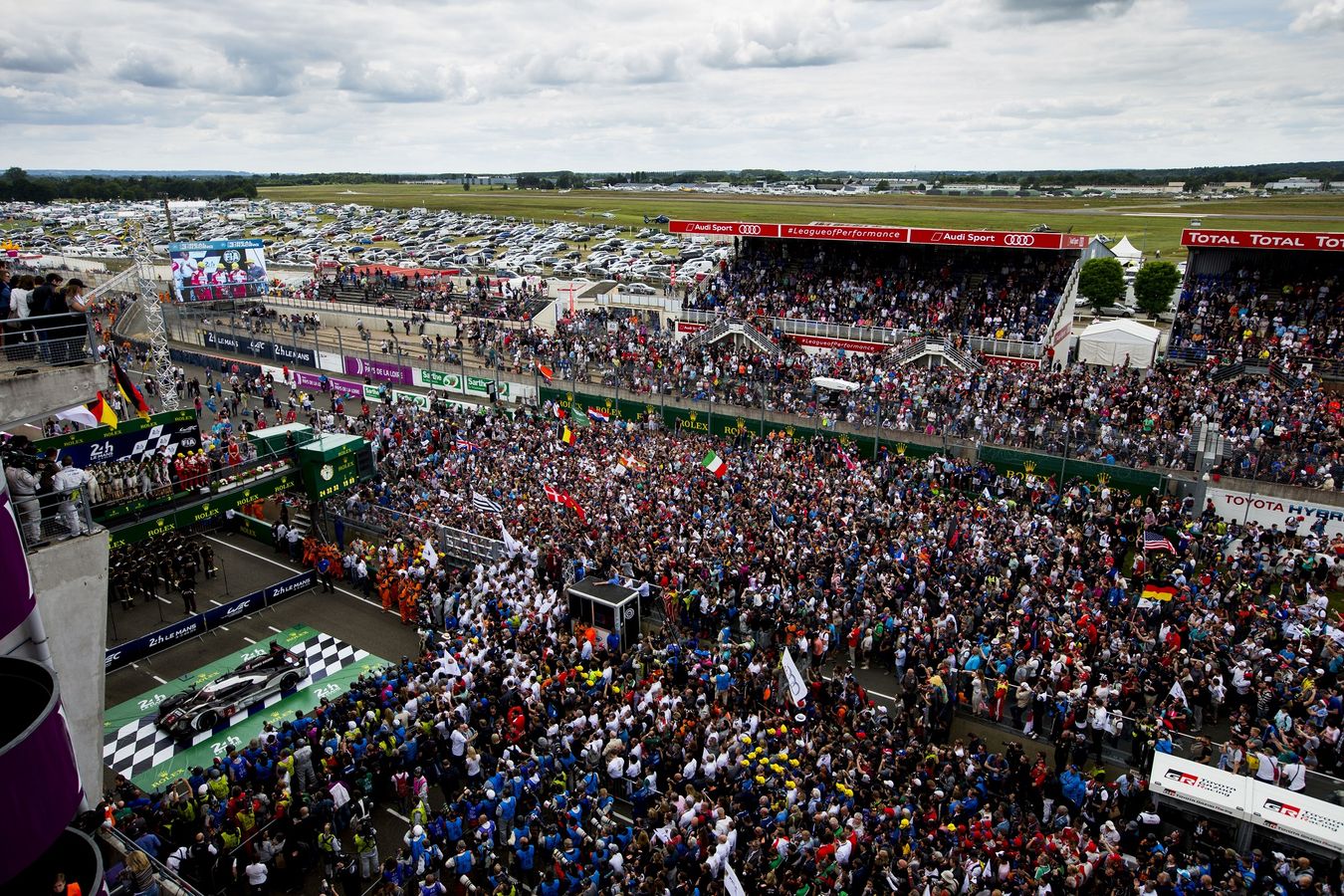 Will Fernando win? He’s in the best team, driving the best car – but Toyota has never won Le Mans, so will be entering unknown territory with the Japanese manufacturer. The Spanish samurai will be fighting hard for every lap – but Le Mans is a difficult race to master, even for a rookie.

If anyone can, Fernando can…

Fernando to race in WEC