When you’ve competed in 249 grands prix, won 32 of them, racked up 1778 points, and won two world championships, it’s hard to select a handful of particularly iconic races.

But, to celebrate Fernando Alonso’s 250th grand prix, we trawled the archives (and our collective memories) to choose 18 races that we felt best sketched out the matchless brilliance of the man himself.

You may not agree with all our choices – not necessarily a bad thing when you’re faced with a rather large palette of options! 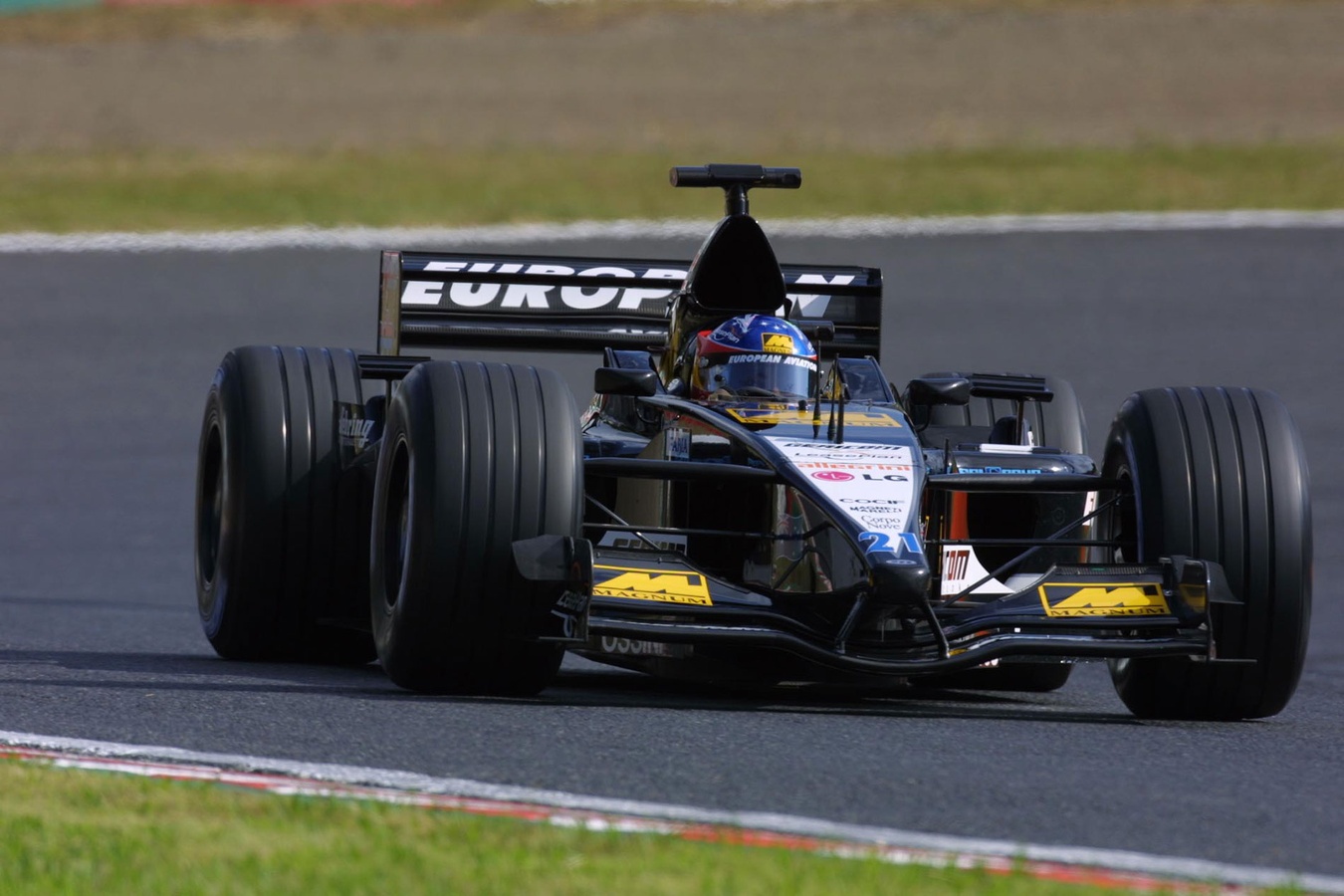 An absolute giant-killing, reputation-affirming weekend – he planted his car in 18th position on the grid, and finished 11th, setting 14th-fastest laptime on the way. And he did it at the most difficult racetrack in the world, in a Minardi, arguably the slowest car in the grand prix field.

Memorable for: Out-qualifying two Arrows and a Prost in a Minardi. A Minardi! 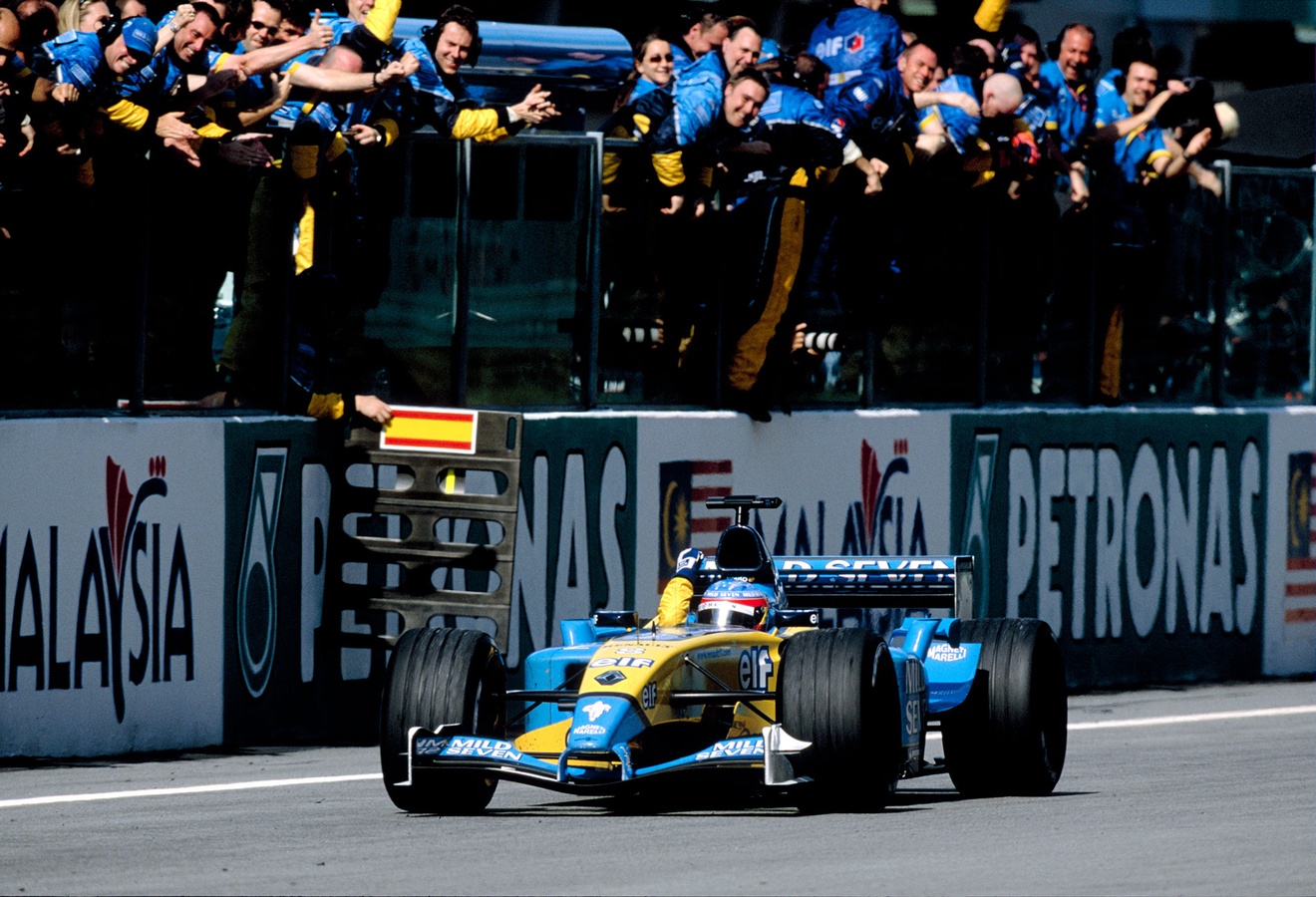 The first signs of greatness? Against all expectations, he bagged his first-ever pole position; then, despite the feeling that he’d achieved the pole in a low-fueled Renault, he silenced the doubters by nailing the race, finishing third. It marked the emergence of Renault as a potential title-winning constructor.

Memorable for: Showing us that Renault meant business. 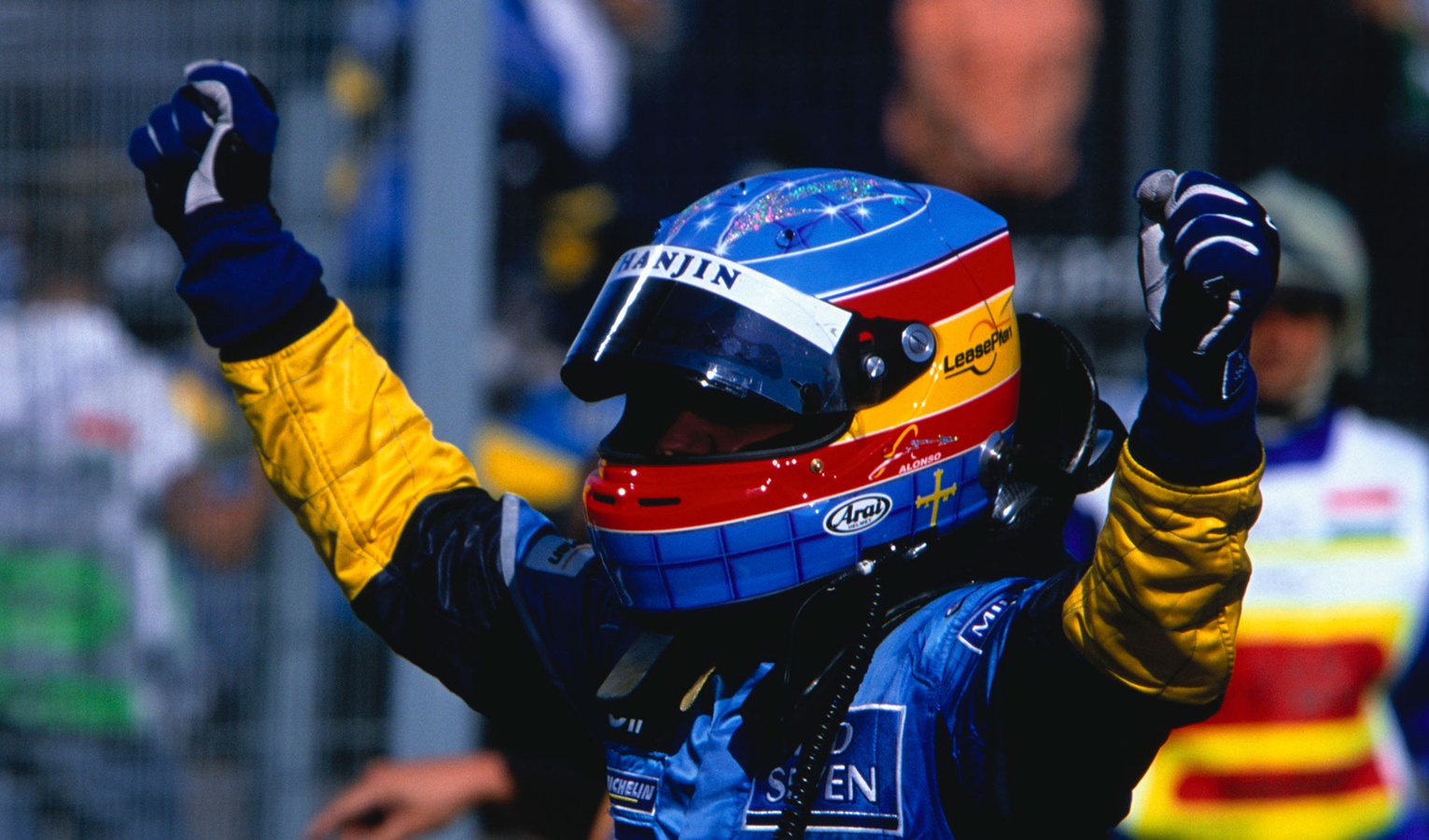 Fernando’s first win – setting a new record at the time as the sport’s youngest winner: at 22 years and 26 days, he overtook the previous record of 22 years and 104 days, set by Bruce McLaren way back in 1959! He benefited from an early-race bottleneck, and masterfully controlled the pace thereafter.

Memorable for: Effortlessly waltzing away from the rest of the field. 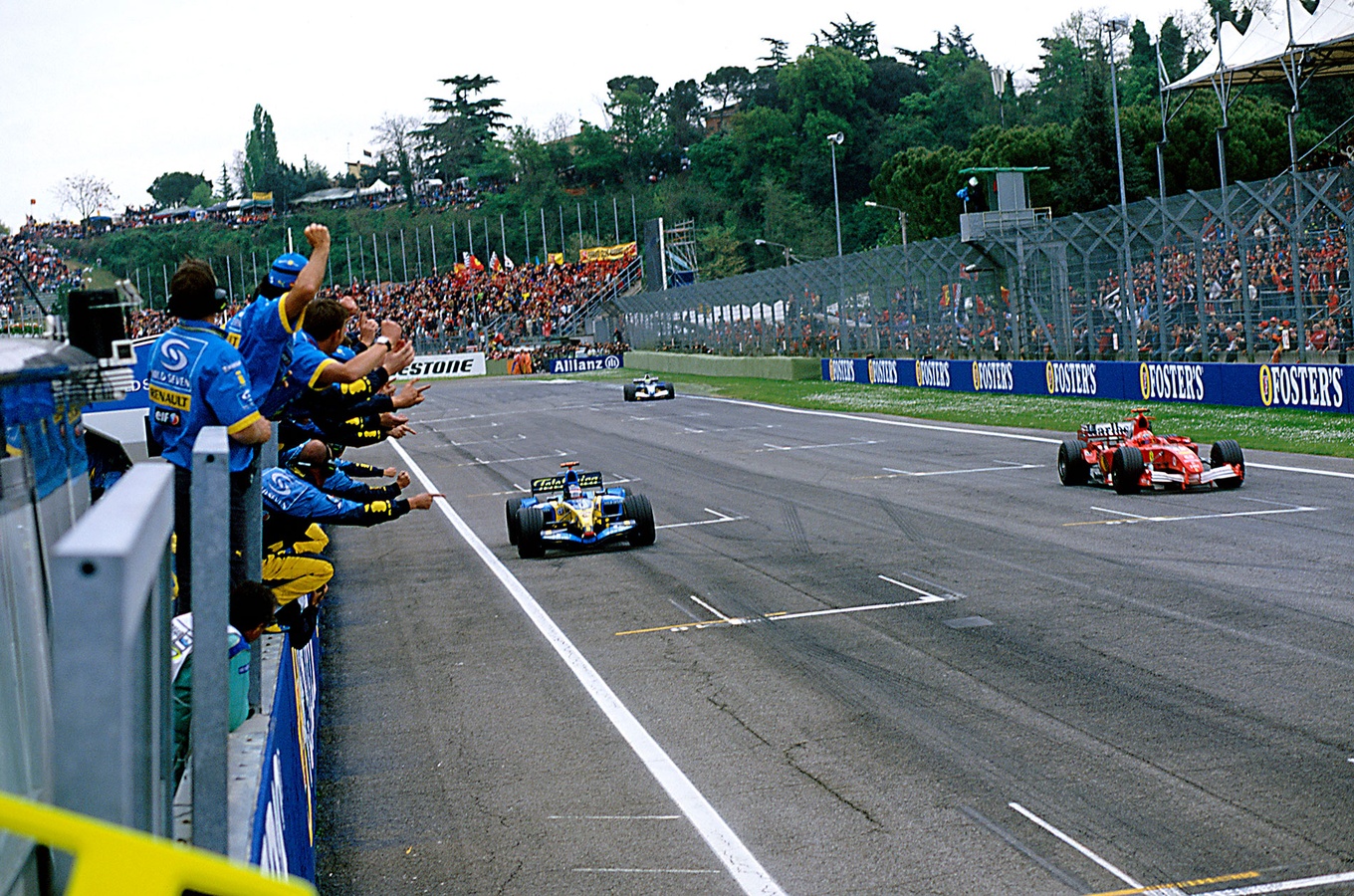 A giant-felling victory that not only showcased Fernando’s winning ability but also his capacity to withstand intense pressure. In a Michelin-shod Renault, on a weekend when the Bridgestone tyres worked superlatively, he used all his racing nous to keep Ferrari’s Michael Schumacher at bay.

Memorable for: The spontaneous standing ovation he got in the post-race press conference. 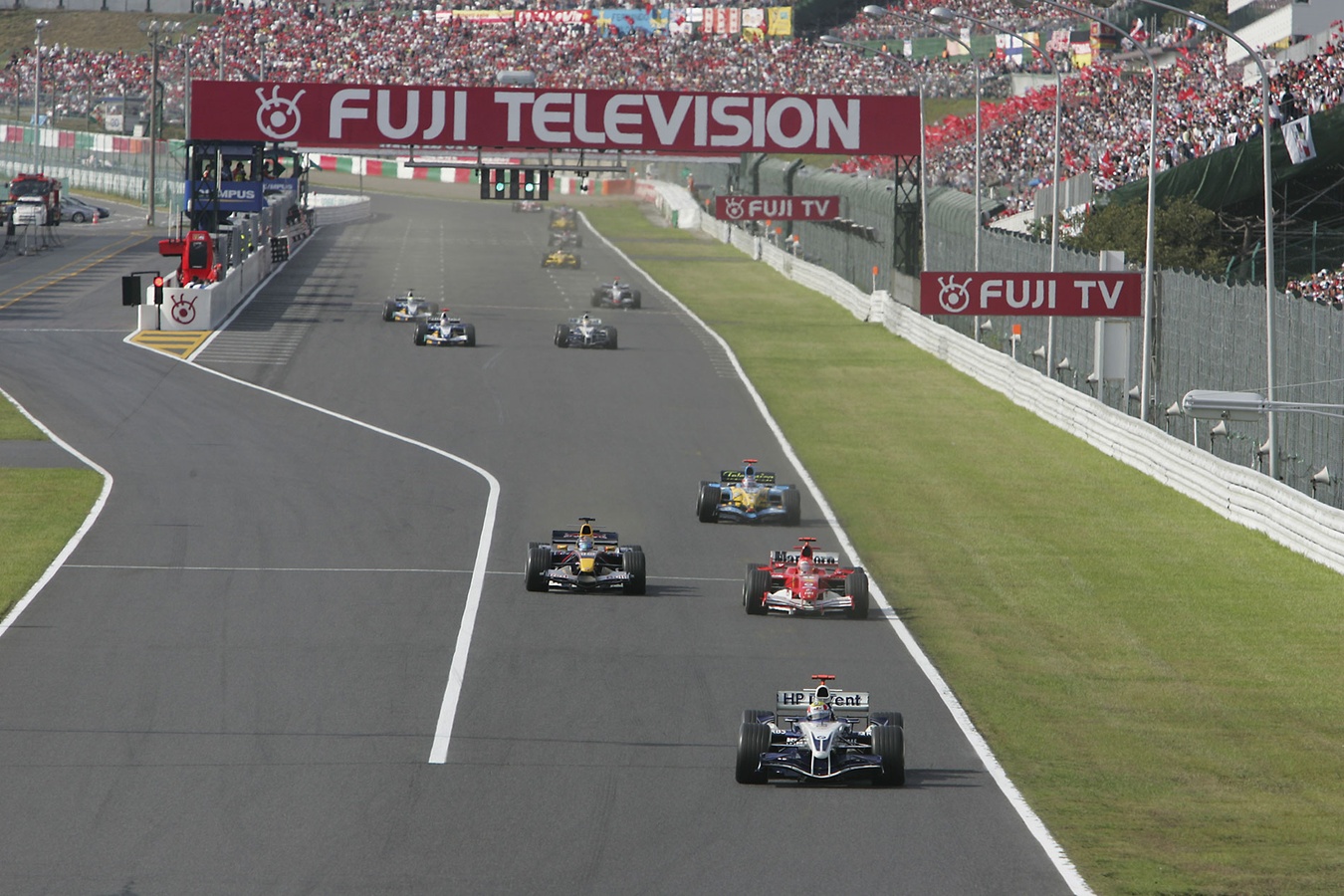 Everyone remembers those unforgettable Kimi passes on Michael Schumacher and Giancarlo Fisichella to take victory number 10 of the year for McLaren, but few recall that Fernando’s race from the back of the grid was nearly as memorable. He started 16th and finished third. At Suzuka. End of discussion.

Memorable for: That overtake on Michael Schumacher around the outside at 130R. 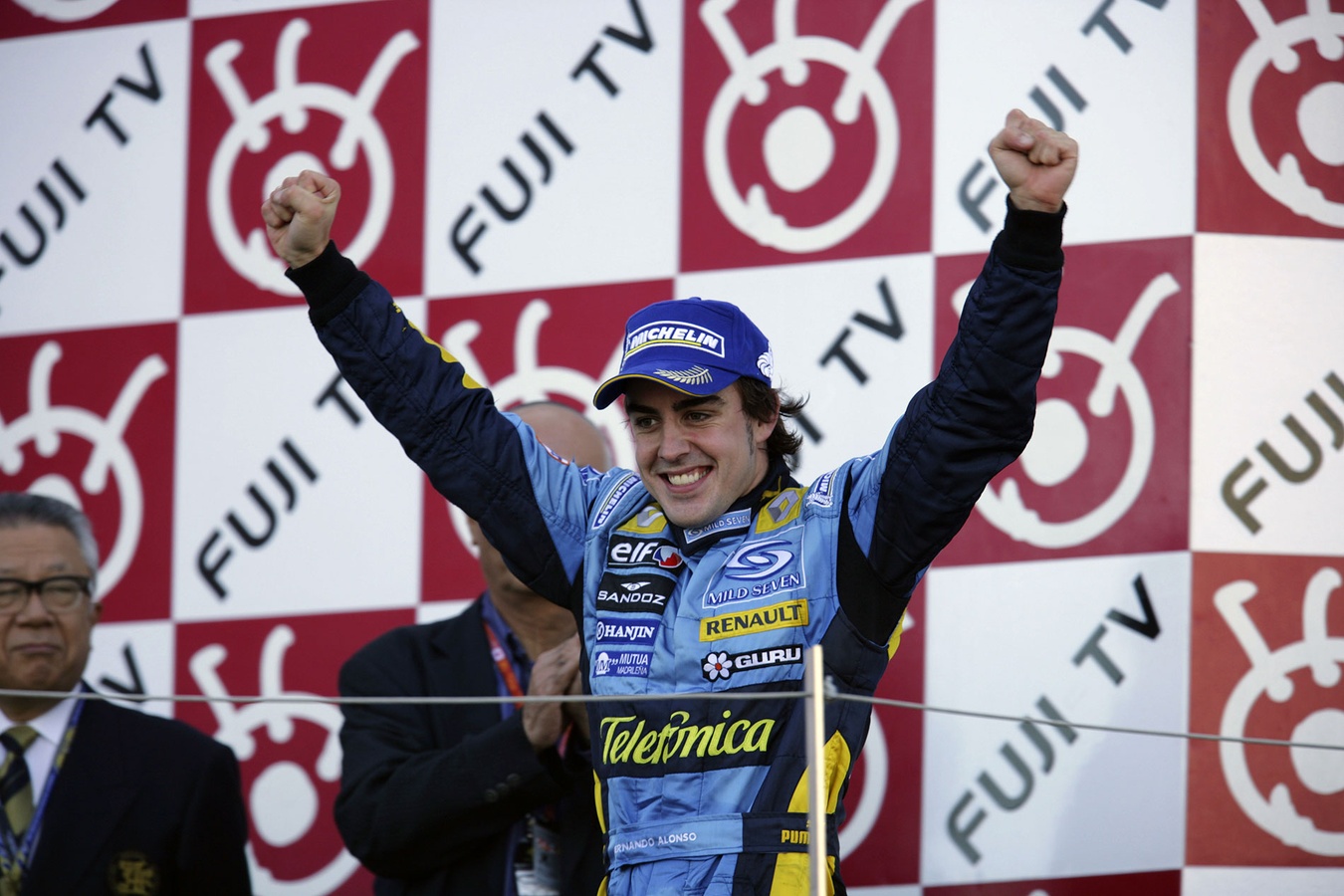 Off the back of a tricky Chinese GP weekend, where he claimed he felt his Renault team’s efforts had left him feeling ‘alone’, he bounced back seven days later to vanquish Michael Schumacher and tighten his grip on a second world title.

Memorable for: The relief of learning that the second title was basically in the bag. 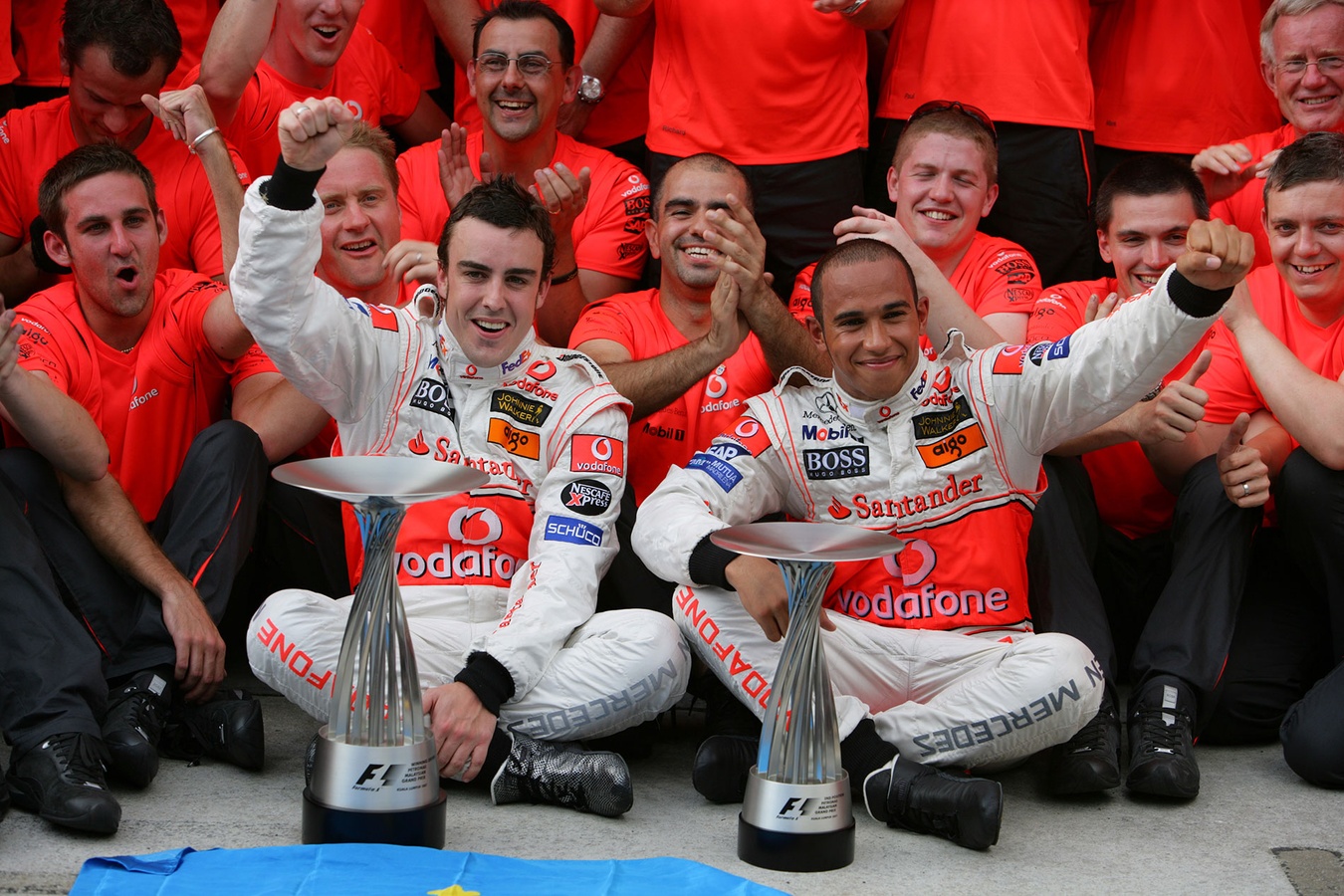 The first victory for McLaren – this was the win of a fighter. Fernando qualified third, but thrust his silver car ahead of the all-Ferrari front row at the first corner. From there, it was a matter of matching the gap back to the pack, all done in the searing heat of the Malaysian sunshine.

Memorable for: That mega start – and everyone donning Rocket Red victory T-shirts afterwards. 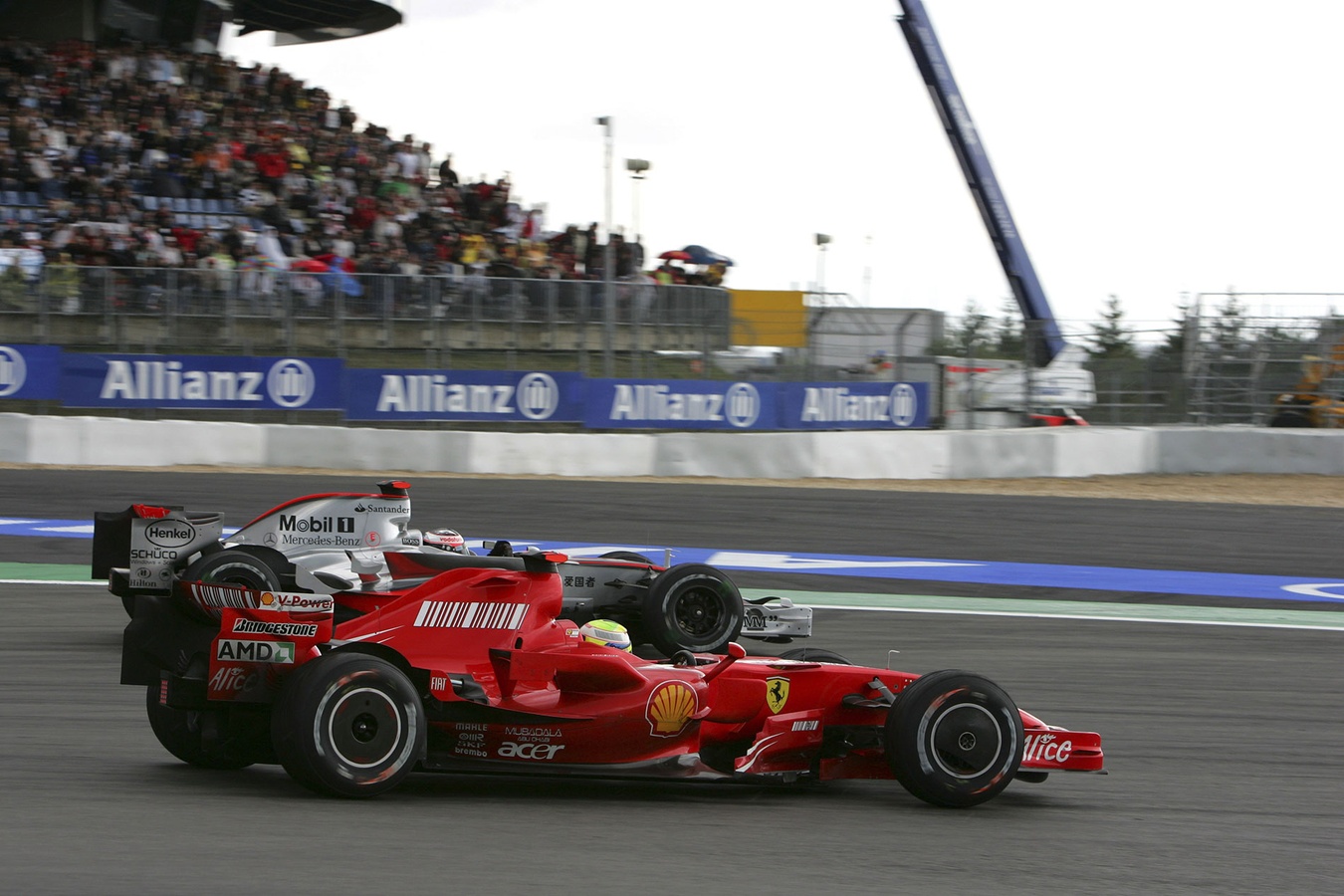 The race started in the pouring rain, was red-flagged after two laps, restarted in the dry, and then rained again in the final laps. Through it all came Fernando, pushing feistily past Felipe Massa to take the lead four laps from home, which prompted a testy exchange between the pair in the post-race green room!

Memorable for: Wheel-banging with Felipe both on and off the track! 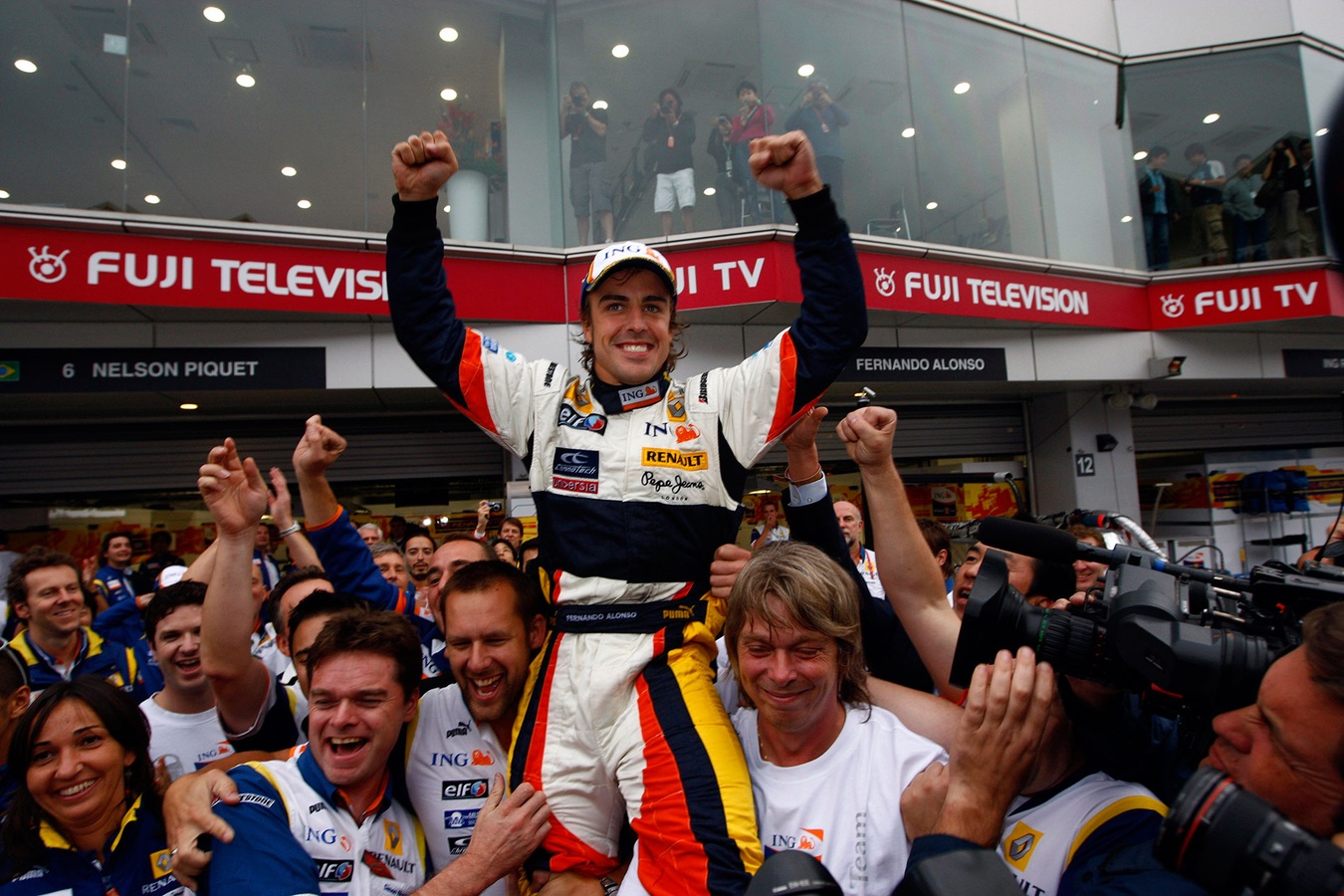 A tale of the unexpected? Not arf! Few expected Fernando to profit in his modestly competitive Renault, but when title protagonists Lewis Hamilton and Felipe Massa tangled on lap one, and an unlikely gaggle of drivers had led (Kubica, Bourdais, Trulli, Raikkonen and, er, Piquet Jnr), Alonso nailed the win.

Memorable for: Surprising everybody by just making it happen… 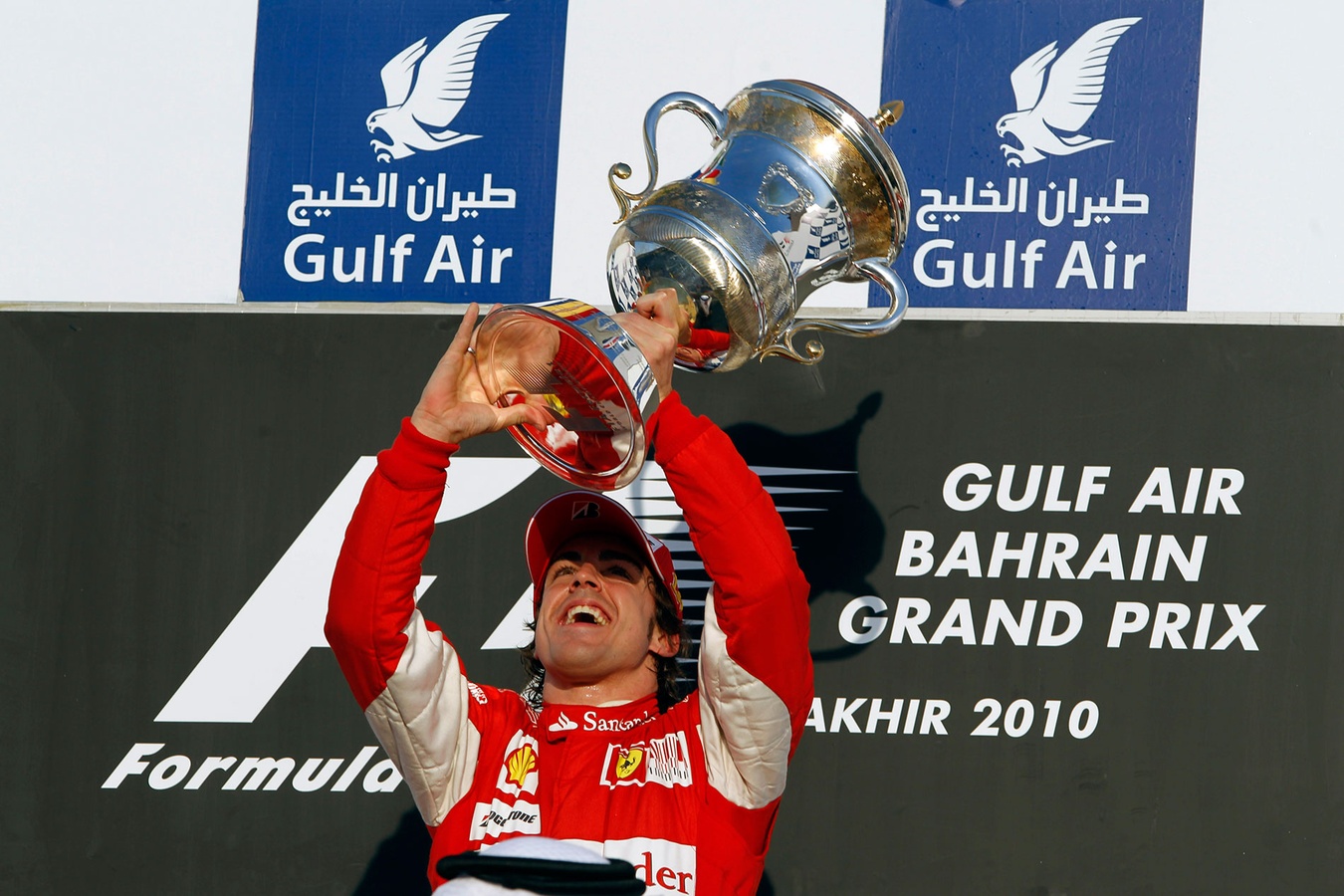 A dream debut for Ferrari. Racing a red car for the very first time, Fernando was out-qualified by his team-mate Felipe Massa, but moved ahead on lap one to take the fight to Sebastian Vettel’s exhaust-blown Red Bull. When Vettel’s engine faltered, Fernando eagerly snatched the lead. A most significant victory.

Memorable for: The feeling that this was the start of exciting new things for Fernando. 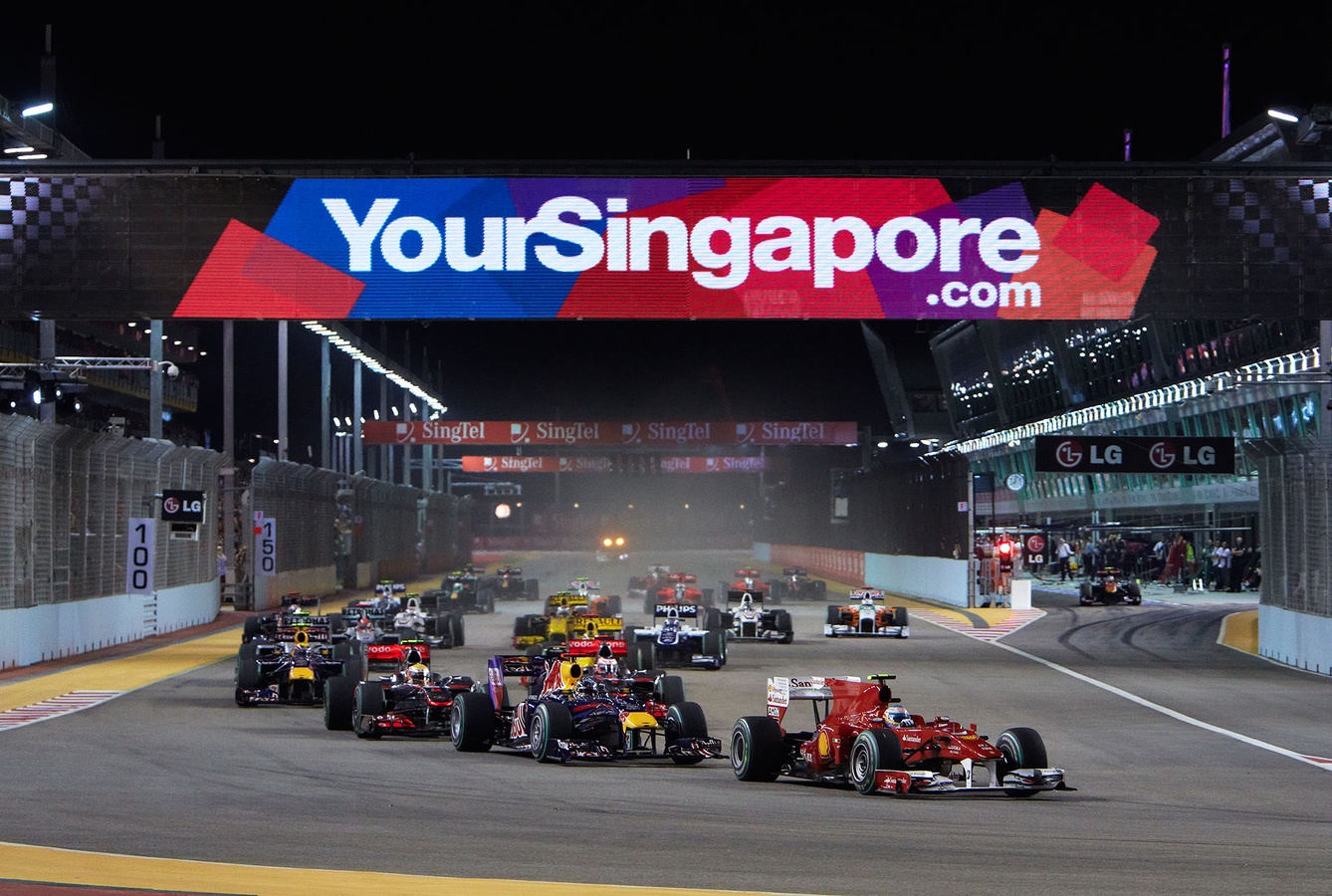 The autumn of 2010 was pure-dynamite Alonso. He’d won in Monza, then followed it up with this win around the twisting streets of Singapore a fortnight later to assert his claim on the world title. Interestingly, this was also Fernando’s sole ‘grand chelem’ – pole, win, fastest lap, and every lap led.

Memorable for: Officially being his most assertive weekend in Formula 1. 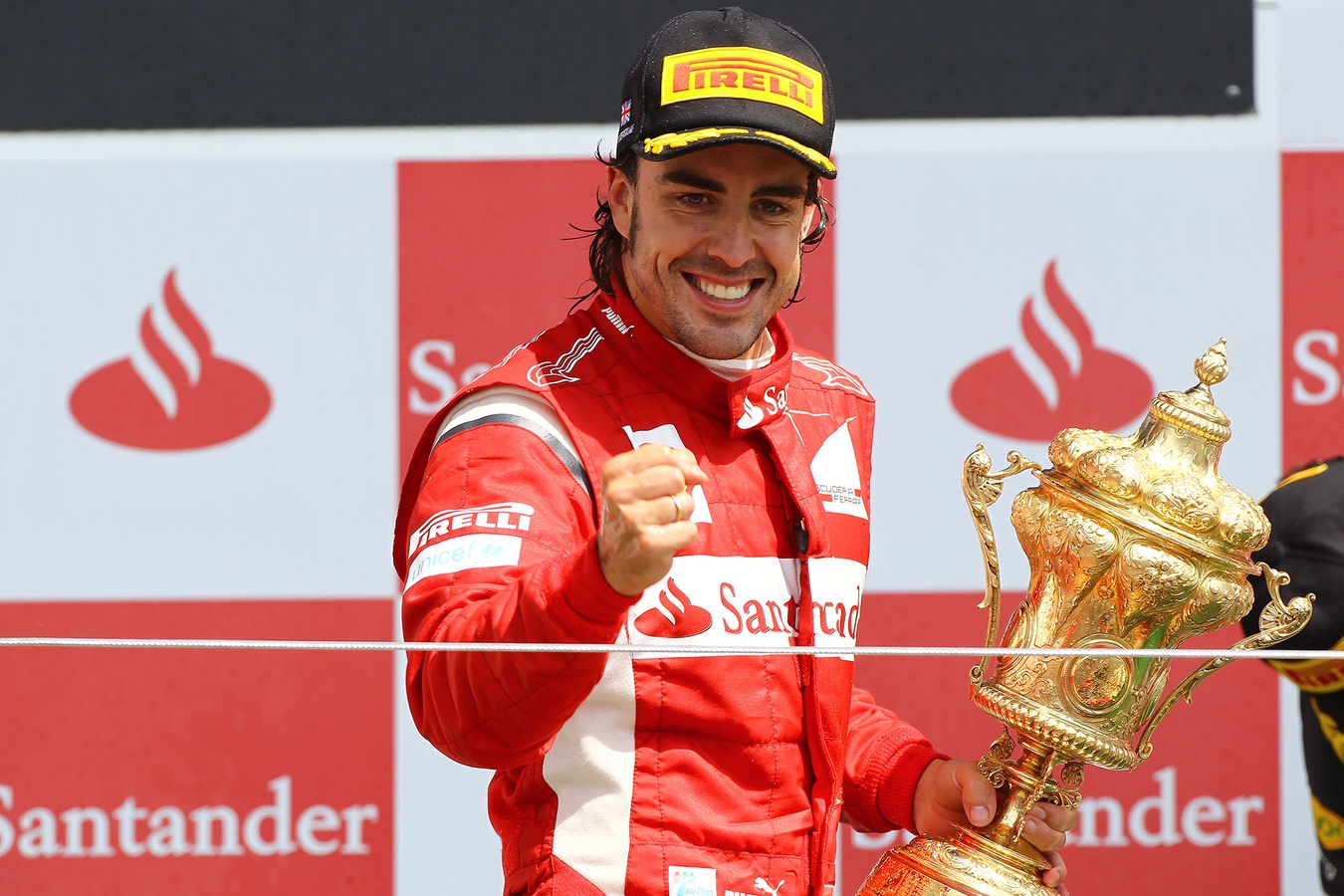 Ferrari’s 2011 F150° Italia lacked both a chassis to match the leading teams, and the exhaust-blowing know-how needed to extract the maximum from the engine in the corners. With the technology curiously banned just for this race, Alonso extracted the maximum advantage, taking his only win of the season.

Memorable for: Seizing the opportunity with both hands. 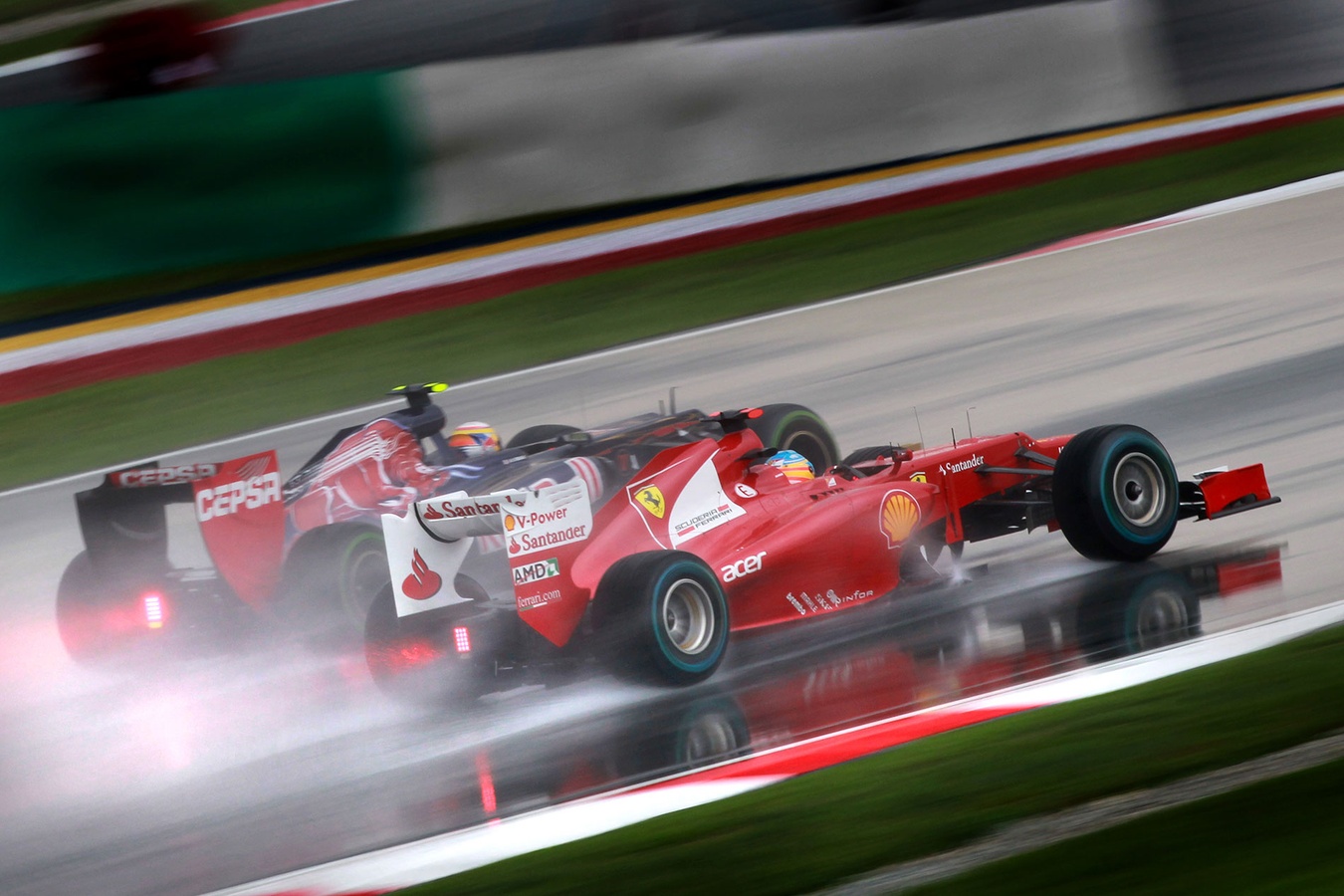 At the start of 2012, few anticipated a Ferrari resurgence; the car had been disappointing in testing, and Fernando had qualified only 12th at the season opener in Australia. For race two, he dragged the pace from the car, walking on water in a tricky wet-dry race, despite a late-race attack from Sauber’s Sergio Perez.

Memorable for: That classic Alonso characteristic of just making it work. 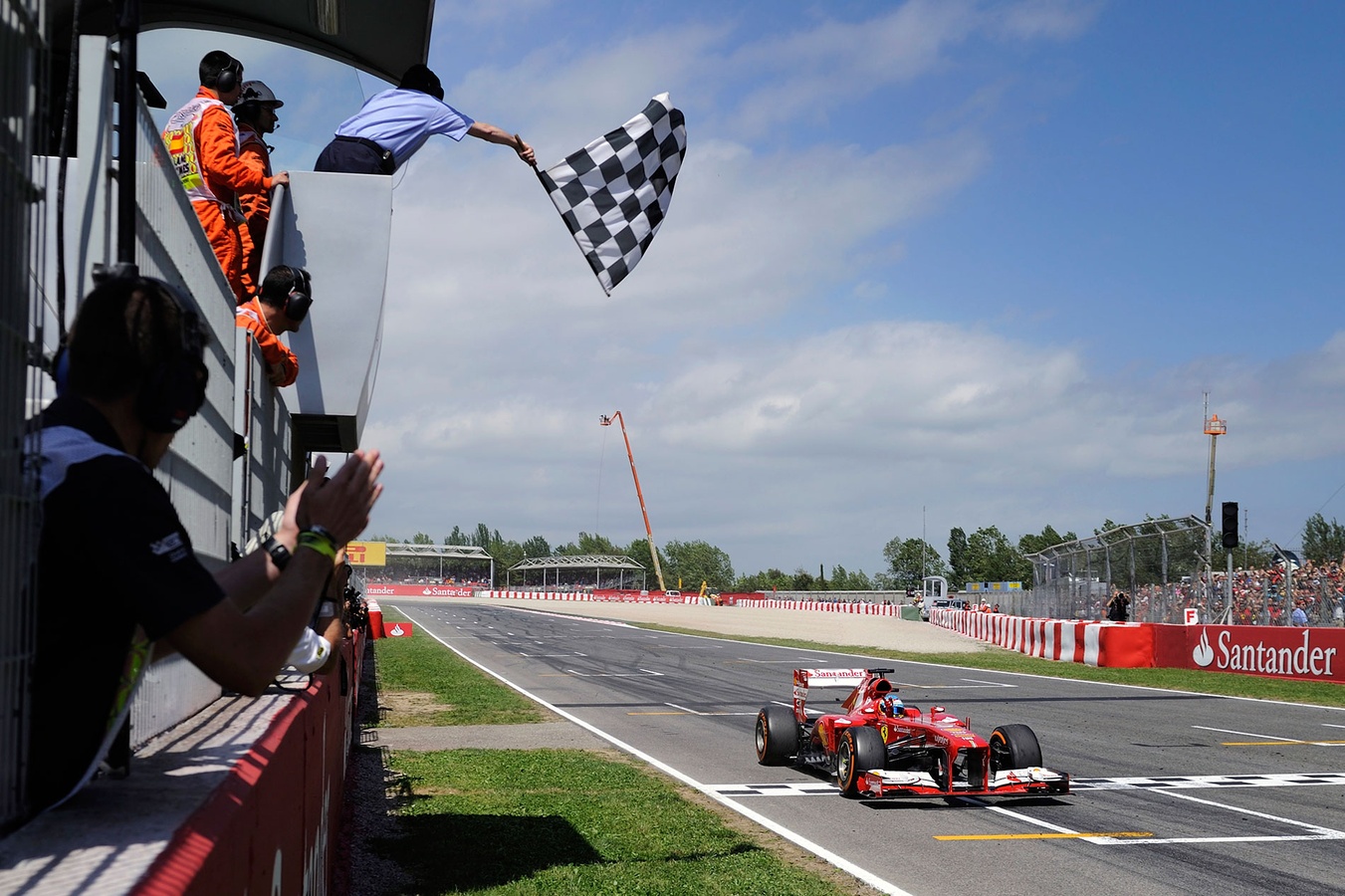 The most recent win. In a race dominated by tyre management, Fernando and his team threw caution to the wind, opting for a flat-out approach underpinned by an unconventional four-stop strategy. Fernando’s racecraft also played its part – he caught and passed every rival to nail a dominant home victory.

Memorable for: For having the bravery to push when everyone else was pussy-footing around. 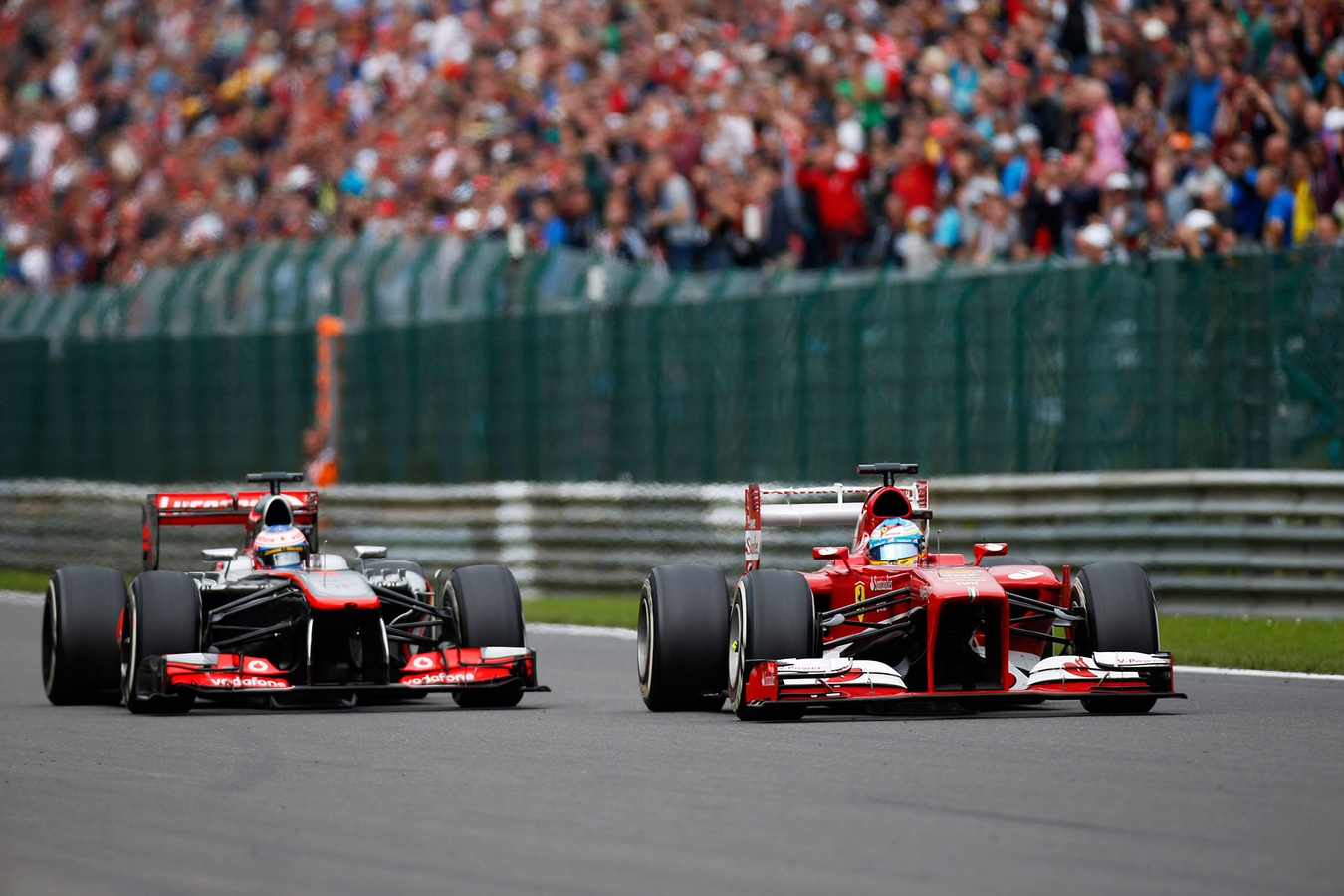 In a Ferrari that couldn’t match the aero performance of Red Bull or the horsepower advantage of the Mercedes, Fernando tackled the closing races of 2013 in a determined effort to wrest the title from Sebastian Vettel. This fearless runner-up spot was ample proof of his sheer force of will. 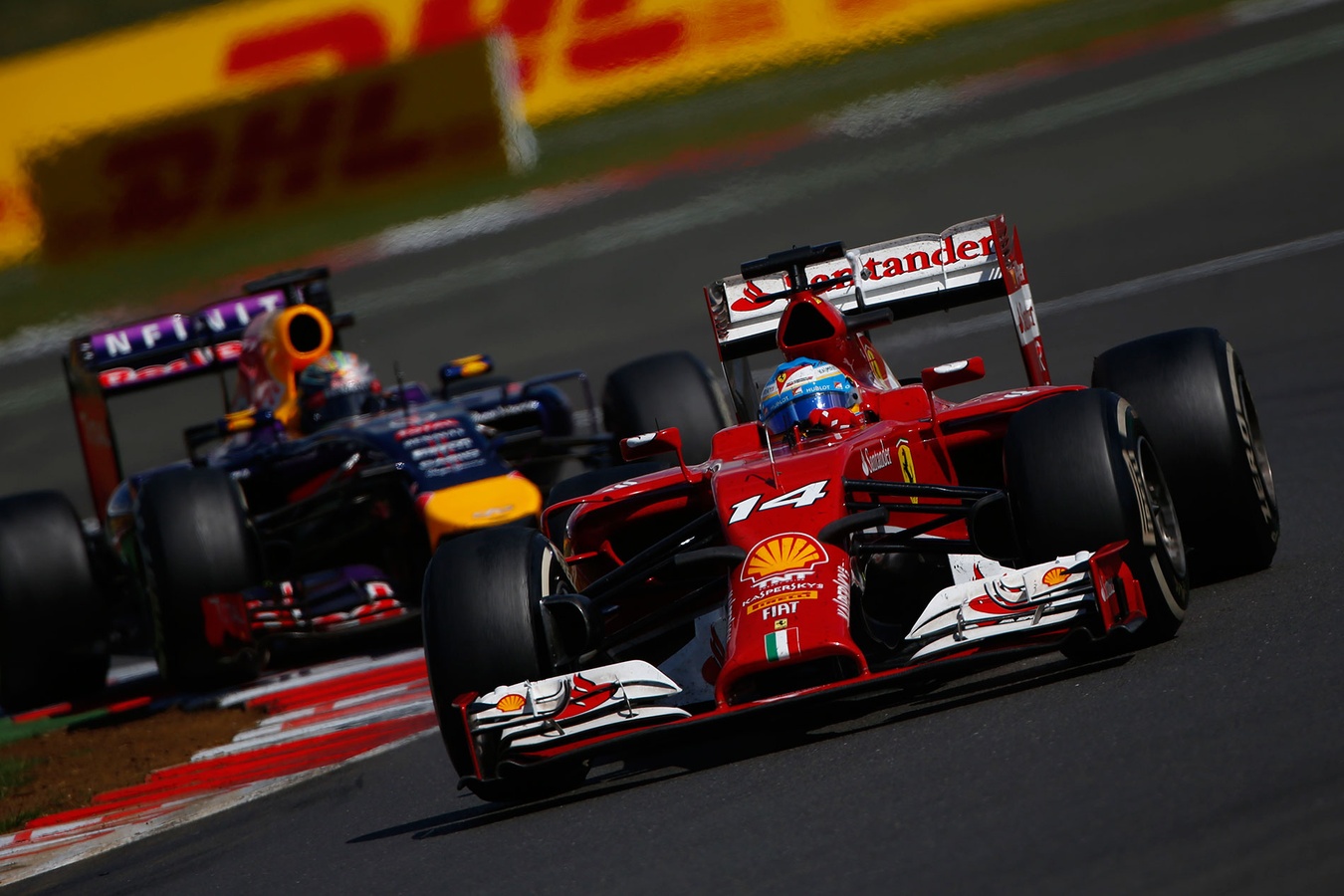 One of those days when the results sheet fails to do justice to the effort expended. Fernando’s dice with Sebastian Vettel was a thrilling example of both attack and defence – made even all more admirable by the sad fact that Fernando knew he would inevitably lose out to the faster Red Bull…

Memorable for: Being very brave. 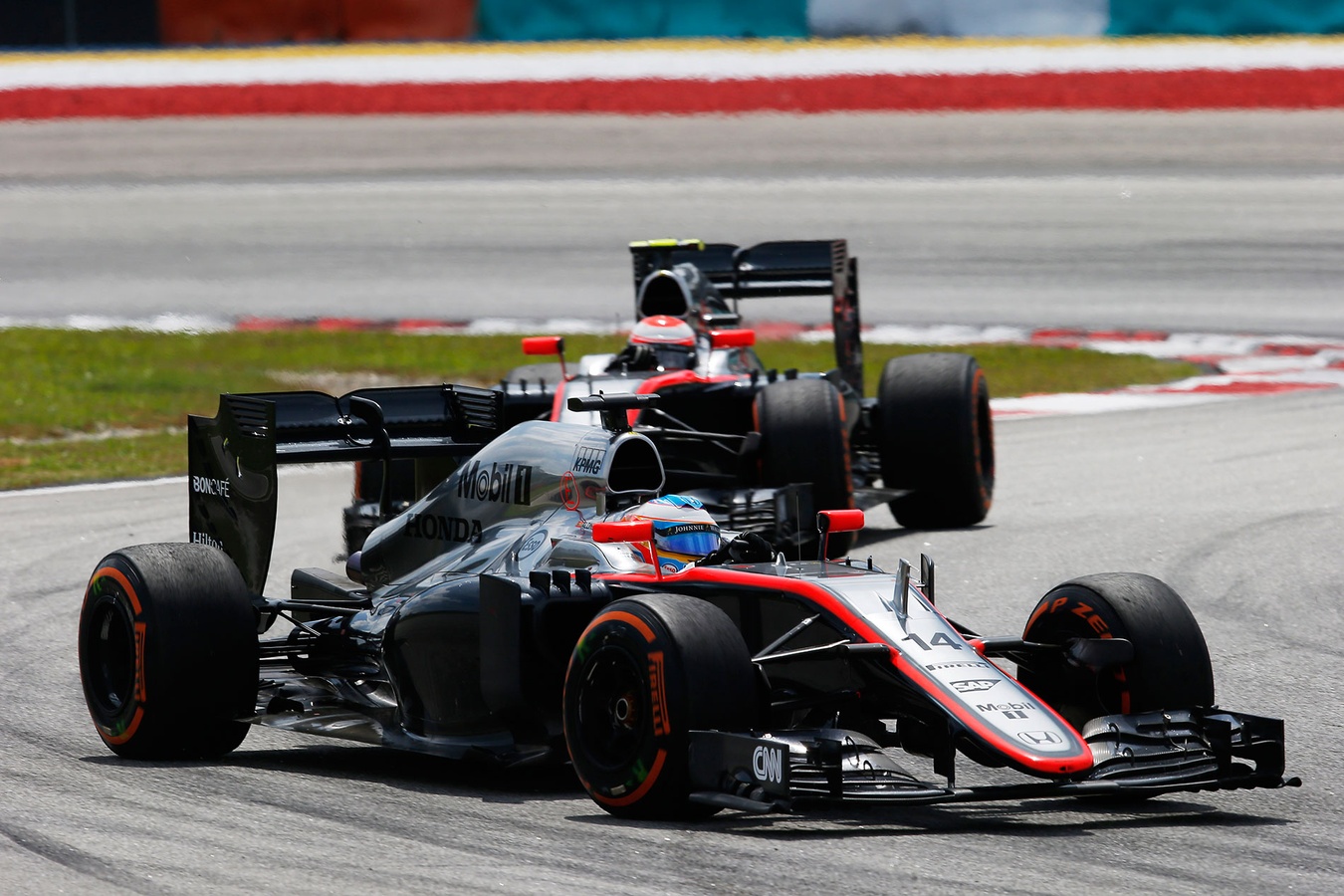 Having sat out the season opener in Oz, Fernando’s return to the cockpit was much heralded. If the result once again didn’t do the effort justice (he retired), this was proof that the Spaniard has lost none of his competitive guile, hurling an uncompetitive car onto the tail of some much faster rivals.

Memorable for: Showing everyone who was still boss. 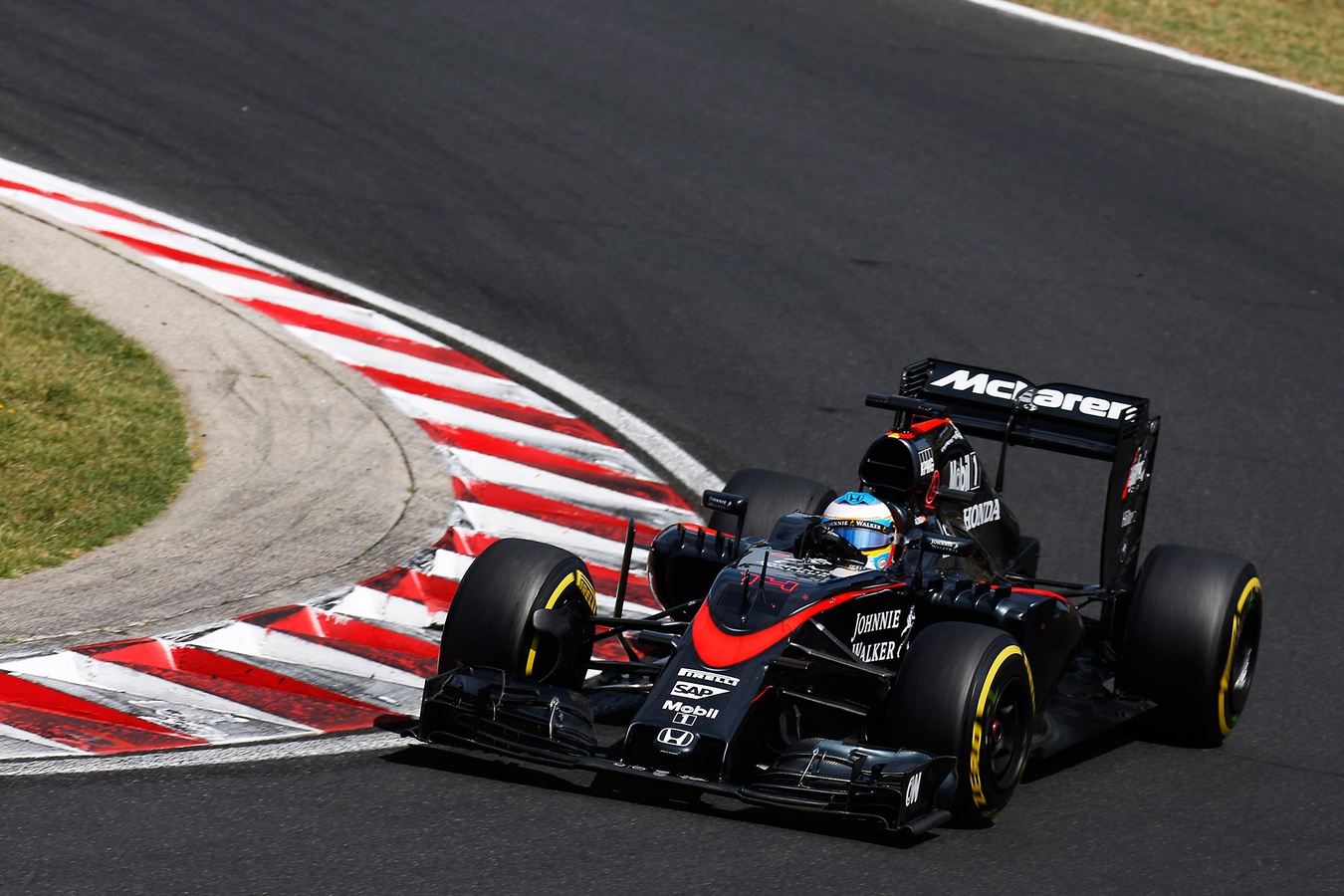 Cometh the hour, cometh the man. This was the best chance of the season for McLaren-Honda to rack up a decent result, and Fernando duly delivered – with frightening commitment. Fernando brought his MP4-30 home fifth – a perfect example of what could be done with a half-decent package and a load of attitude.

Memorable for: Wringing the MP4-30’s neck – and doubtless enjoying it…