If there was a racing driver born to win, it was Ayrton Senna.

For Senna, winning was everything: it was the obsession that drove him; ultimately consumed his marriage; drove a wedge between him and many of his peers; gave him the focus, bravery and determination to carve out a reputation as the most fearsomely gifted racing driver there has ever been.

Winning was simply the reward for his obsessiveness. And October 30th 1988 saw him achieve his greatest, and most meaningful, reward – the first of his three drivers’ world championships.

It also concluded the most fraught and intense year of the 28-year-old’s young life.

For ’88, Senna had joined McLaren as team-mate to Alain Prost. The Frenchman was a double world champion and, at that time, the most respected and highly regarded driver in the sport. For the Brazilian, Prost was the man upon whom he set his sights: armed with identical equipment, Senna not only wanted to beat Prost; he wanted to destroy him.

If Senna had the youthful raw speed and an utterly sublime confidence in his abilities (13 pole positions in 1988, a new record, thoroughly attests to that), the older Prost had the guile and experience the Brazilian lacked – and that rankled, doubling his ambition to better the master and duly become the greatest.

In 1988, their rivalry was incendiary, but rarely bubbled over at the track. While that year’s MP4/4 was clearly the class of the field, it lacked the supreme reliability of the modern-day cars, meaning that one driver was usually left to collect the spoils without the other challenging him directly on track for the victory. 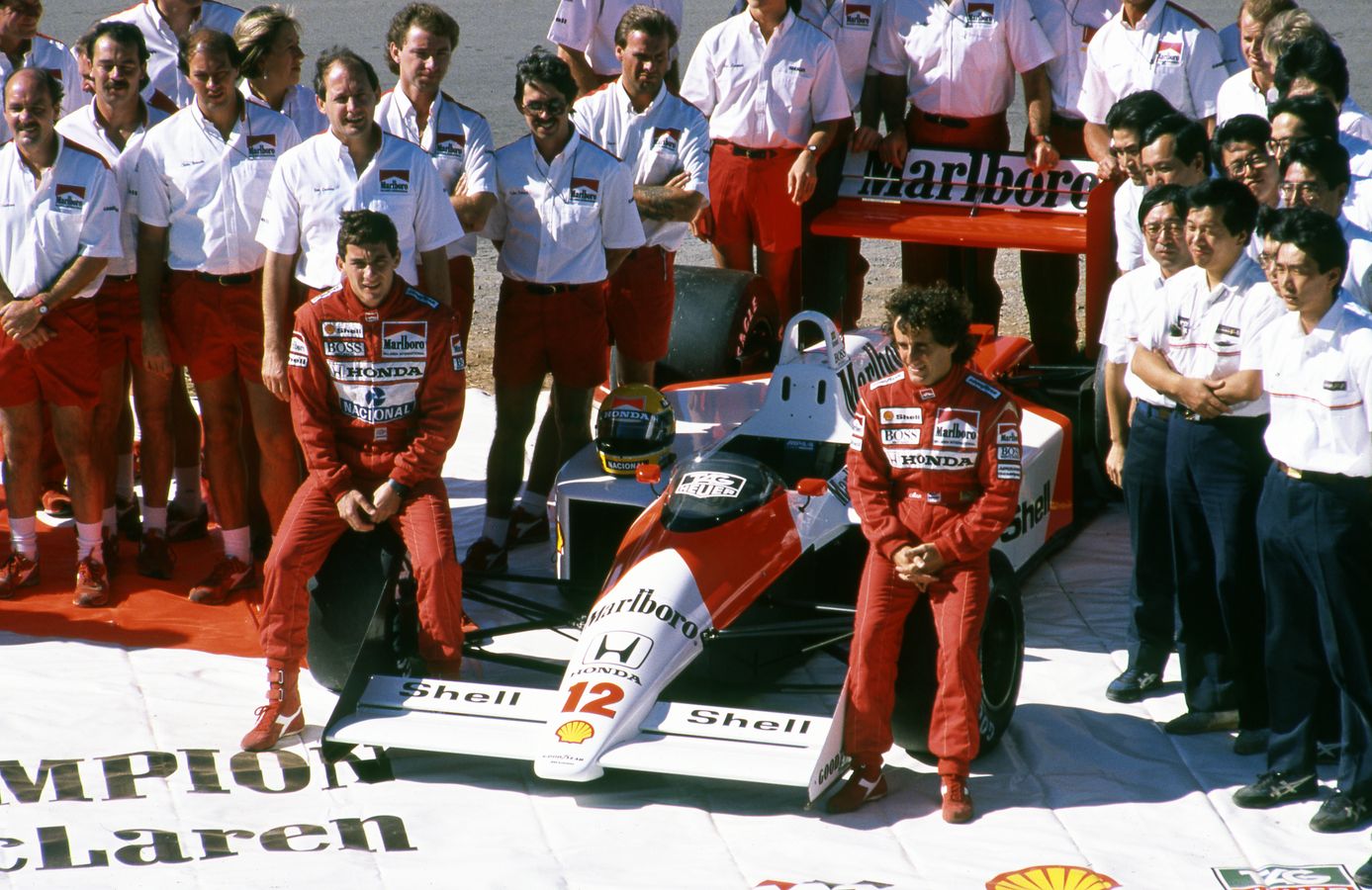 But at Suzuka, the 15th of the season’s 16 races, things went against the norm.

Despite starting from pole position, Senna bogged down at the start. At the green light, the car limped forwards, but stalled on Suzuka’s tricky downhill start straight. Senna immediately panicked, waving both hands frantically in the air, before getting down to business, quickly bump-starting his car at the second attempt.

The slow getaway meant the field engulfed him, and he dropped to 14th as the cars streamed into the first corner.

Given the MP4/4’s superiority, Senna was already up to eighth by the end of the first lap, and clinically picked off the cars ahead. By lap two, he was sixth, having overtaken Alessandro Nannini and Riccardo Patrese. In successive laps, he carved past Thierry Boutsen and Michele Alboreto to run fourth behind Prost, Ferrari’s Gerhard Berger and the Leyton House March of Ivan Capelli.

He moved into second position on lap 19 when Capelli retired, and, with light rain starting to fall across the circuit, was able to quickly catch and pass a more cautious Prost for the lead just nine laps later. 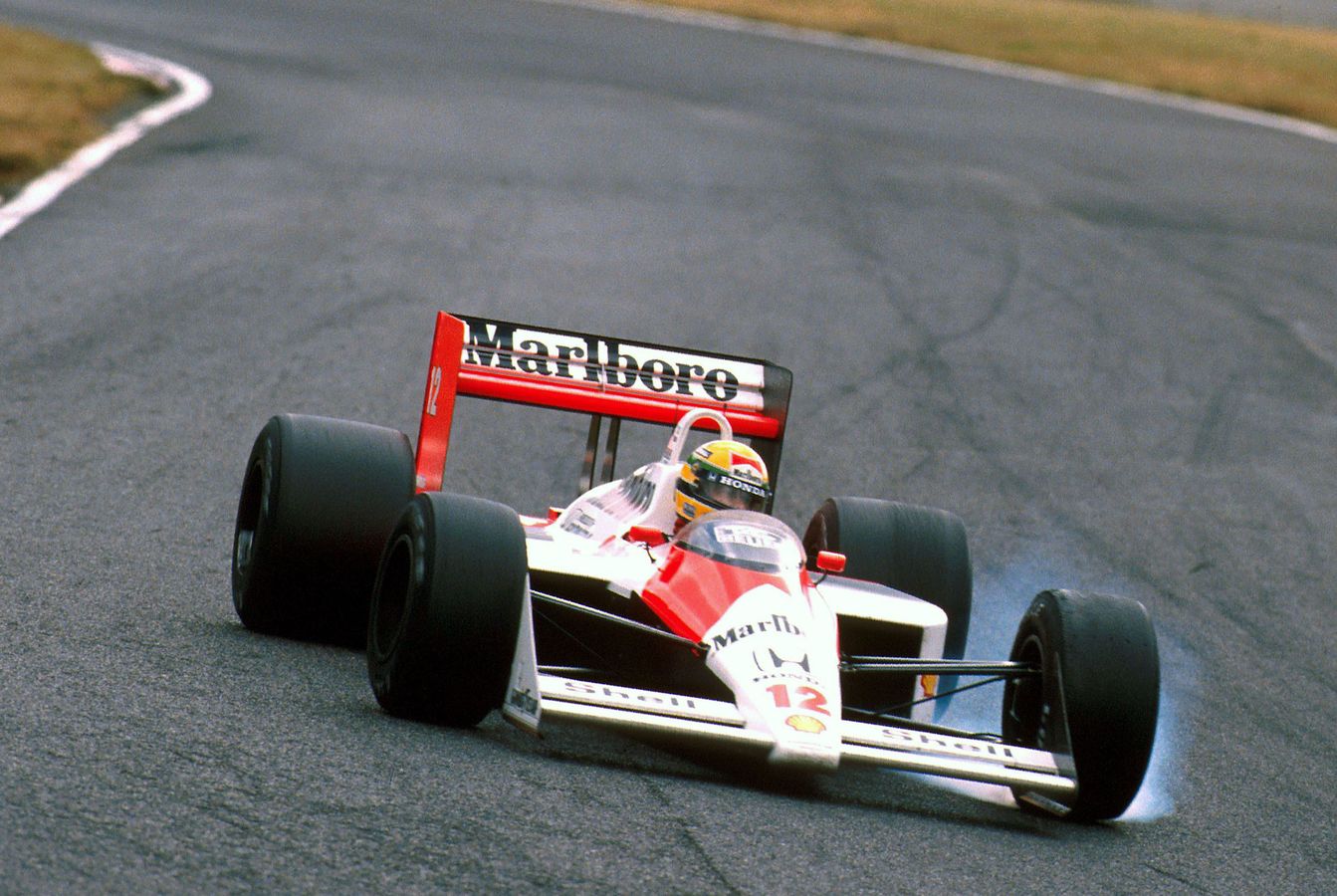 From there, he was able to stroke it home. As he crossed the line, he raised his right fist to the skies, shaking it in frenzied jubilation – as much in relief as celebration, the emotions finally unlocked after an incredibly tense season..

As he slowed down, Ayrton lifted his visor and threw his hands into the air. Very much a religious man, he later claimed to have seen God at the trackside as he rolled slowly towards the pits.

Was it an apparition, a trick of the fading Japanese light, or the relieved exhaustion of a man who had been brought closer to the heavens through his sheer ascendence in a racing car?

Instead, like Ayrton did 30 years ago, we are left to simply celebrate the achievement and remember… 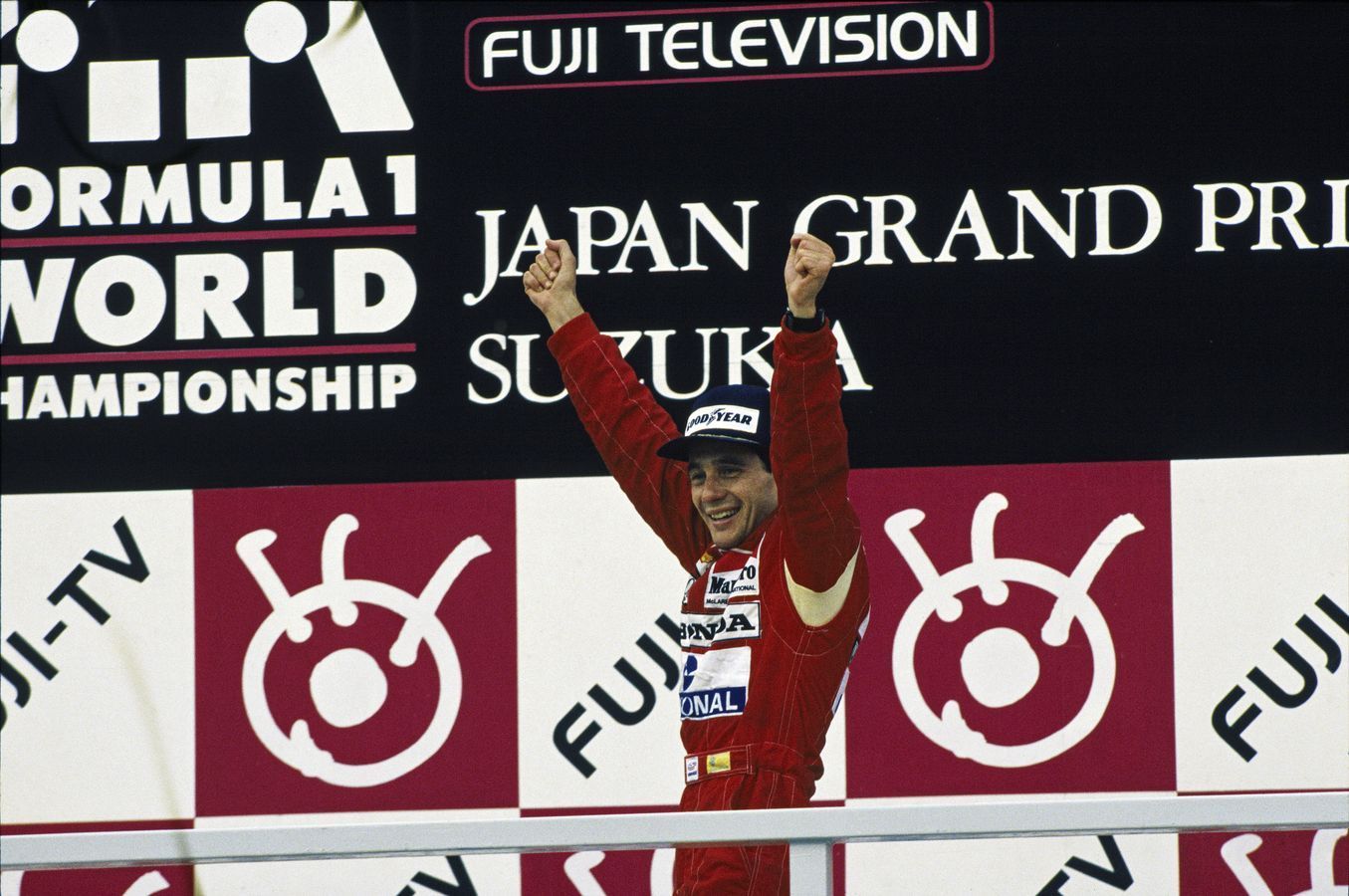