One of the greatest drivers in McLaren's history... fact

One of the greatest drivers in McLaren's history... fact

When the history books are written about them (and, let’s face it, an awful lot of books have already been published on this very subject), we’ll see that Ayrton Senna’s legacy will always overshadow that of his main nemesis, Alain Prost.

But let’s not lose sight of the fact that Ayrton only rose to such great heights in his near-obsessive quest to best the Frenchman, who was sat firmly atop grand prix racing’s pantheon when the pair became team-mates in 1988.

Not least because Alain had already incontestibly proved himself: he’d won the world title in 1985, and then again in ’86 – against considerable odds; and he should probably have won it in ’84 (but lost by half a point), and ’83 (but lost out to a rival car that many feel was perhaps a little too flexible with some of that year’s technical regulations). It’s not a great stretch to pin the ’82 and ’81 championship medals to his chest either – then consider the fact that he only started racing grand prix cars in 1980 and you get an idea of just how jaw-droppingly brilliant he actually was.

Still don’t believe us? Here are 9 good reasons why you need to change your opinion one of the greatest drivers in McLaren’s history.

Drove every lap of the 1986 Belgian Grand Prix in a McLaren whose steering column was so bent he had to steer it at France to avoid inadvertently driving there.  From the back of the field, set fastest lap on the way to 6th place: everyone else would have ended up in the field. 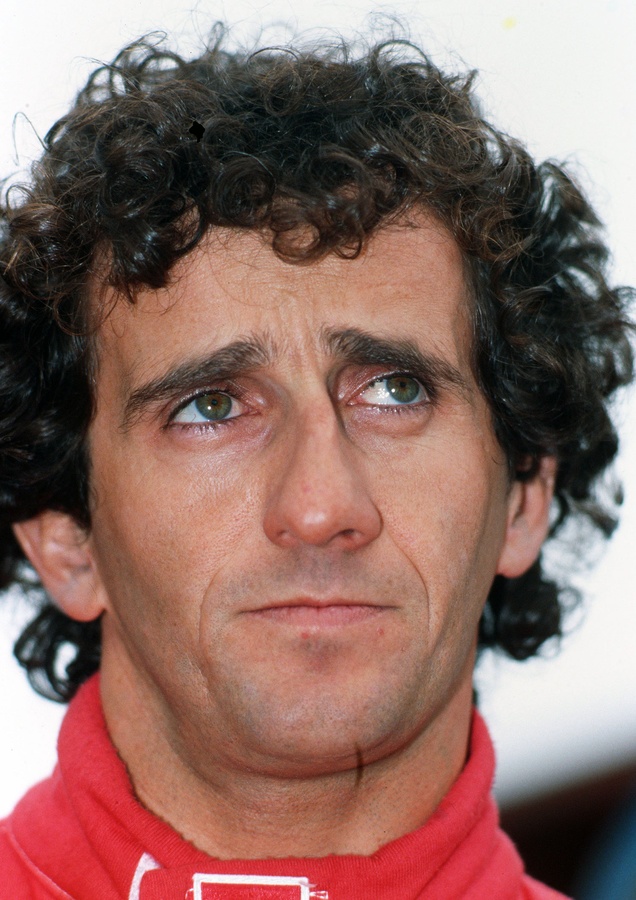 When coined, Prost’s nickname was practically derogatory: cerebral, cold, calculating: but 30 years A Brief History of Time, Mysteries of the Universe and Alive Till I’m Dead later and suddenly everyone wants to be The Professor.

Thanks to a Mistral wind carrying half the Montpellier coastline with it, much of the Paul Ricard circuit resembles a sandpit, yet Alain sold Ayrton an off line, 160mph 1988 race-winning dummy. Only a Timeshare salesman's marketing of the track as a beach holiday would have been more audacious. 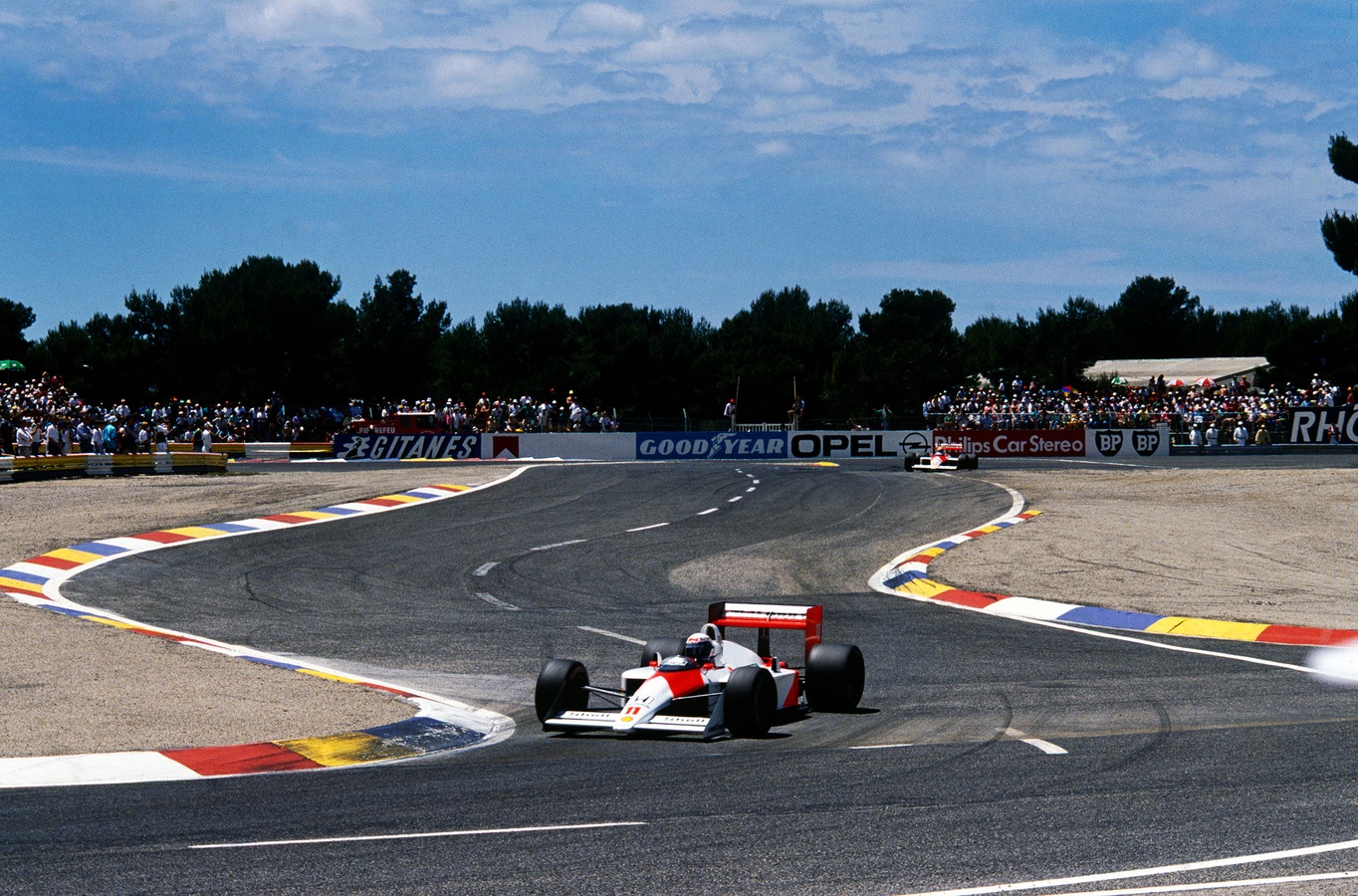 Convinced his 1988 Estoril lap was untouchable long before qualifying had finished, Alain eschewed Ayrton's metaphysical introspections in favour of pragmatic psychological warfare, jumping straight from car and race suit to pitlane and leisure wear: daring anyone to either better his time or his wardrobe. The Brazilian failed - and he didn't go faster.

Priapic men wrestling fire-breathing 1,500 bhp monsters, Alain shunned the 1980s F1 stereotypes: saving equipment, saving fuel; he’d have saved the whale if it had given him a chance of victory. Every time he took the top step, economising became more alluring. Twenty five years before the sport caught on, Alain proved green could be good.

6. Drove Nelson Piquet off the road 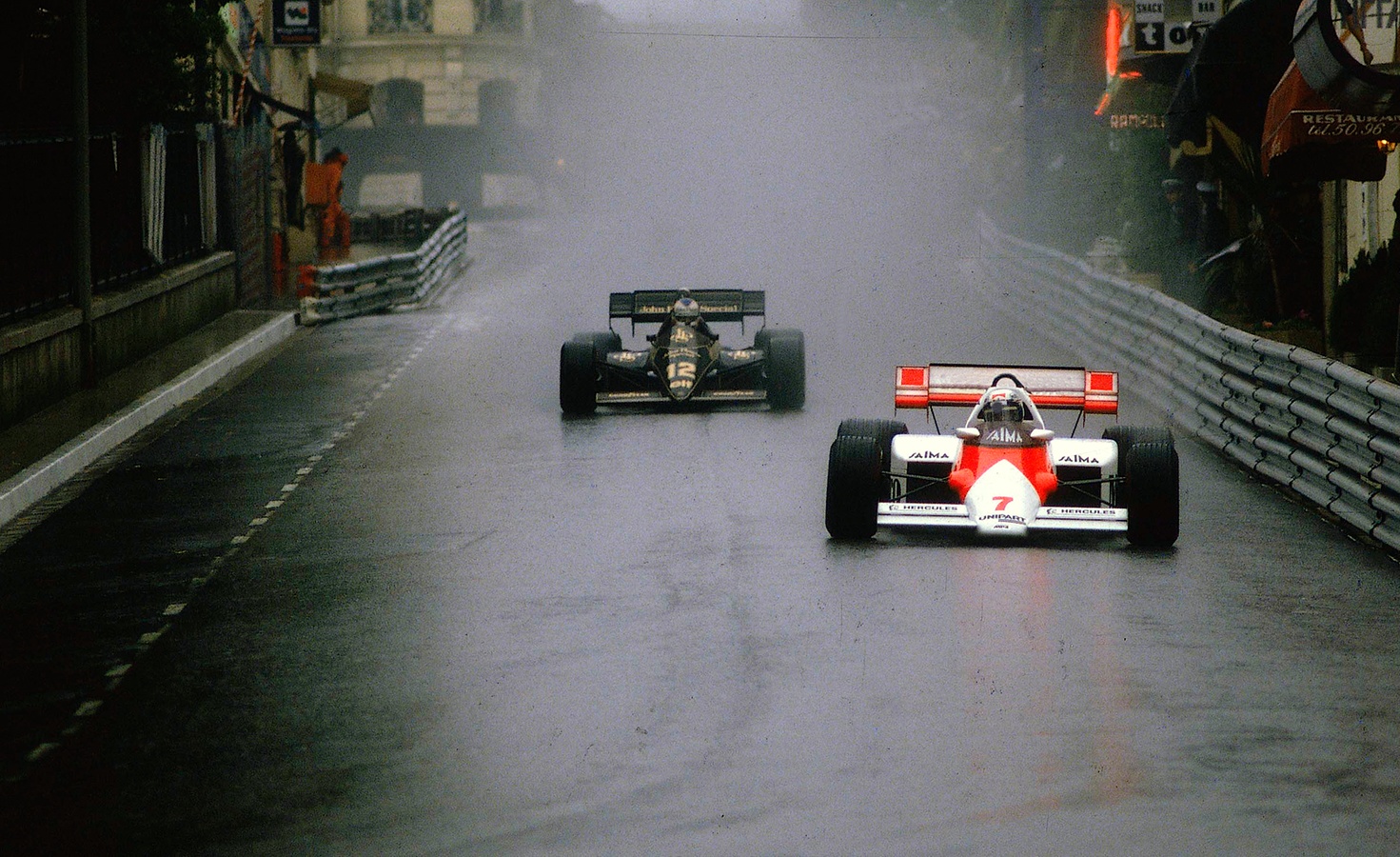 Like a loutish guest being forcibly ejected from a wedding, the man who questioned Ayrton’s sexuality, the attractiveness of Mansell’s wife and intelligence of her husband was unceremoniously bundled off the road at Zandvoort in 1983. A noble act of redemption, (considering the Brazilian had never actually said anything derogatory about the Frenchman): and really funny.*

As the only driver to pull out of the woeful, biblically sodden 1989 Australian Grand Prix, proved himself sadly the only alumnus of Kenny Rogers’ Coward of the County lesson. Ayrton’s desperate, furious 11 lap virtuoso cameo ironically highlighted Prost’s prescience: “sometimes you walk away to prove you’re a man.” 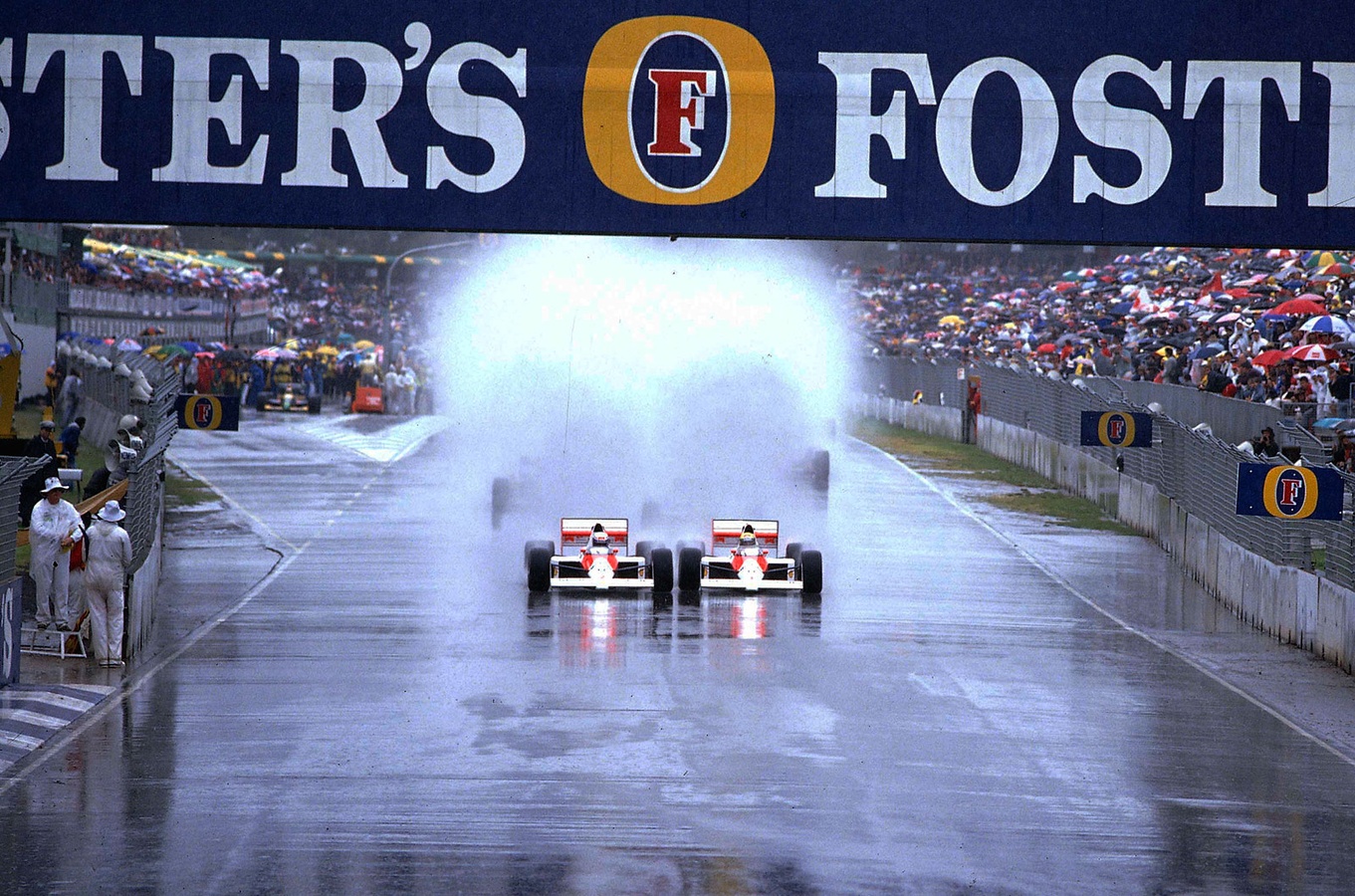 No such Mansell-Mania or Ayrton-Accolytes for Alain: all six (record) home victories won against a Mexican Wave of Gallic shrugs: “the trouble is, the French don’t really like winners,” he related. 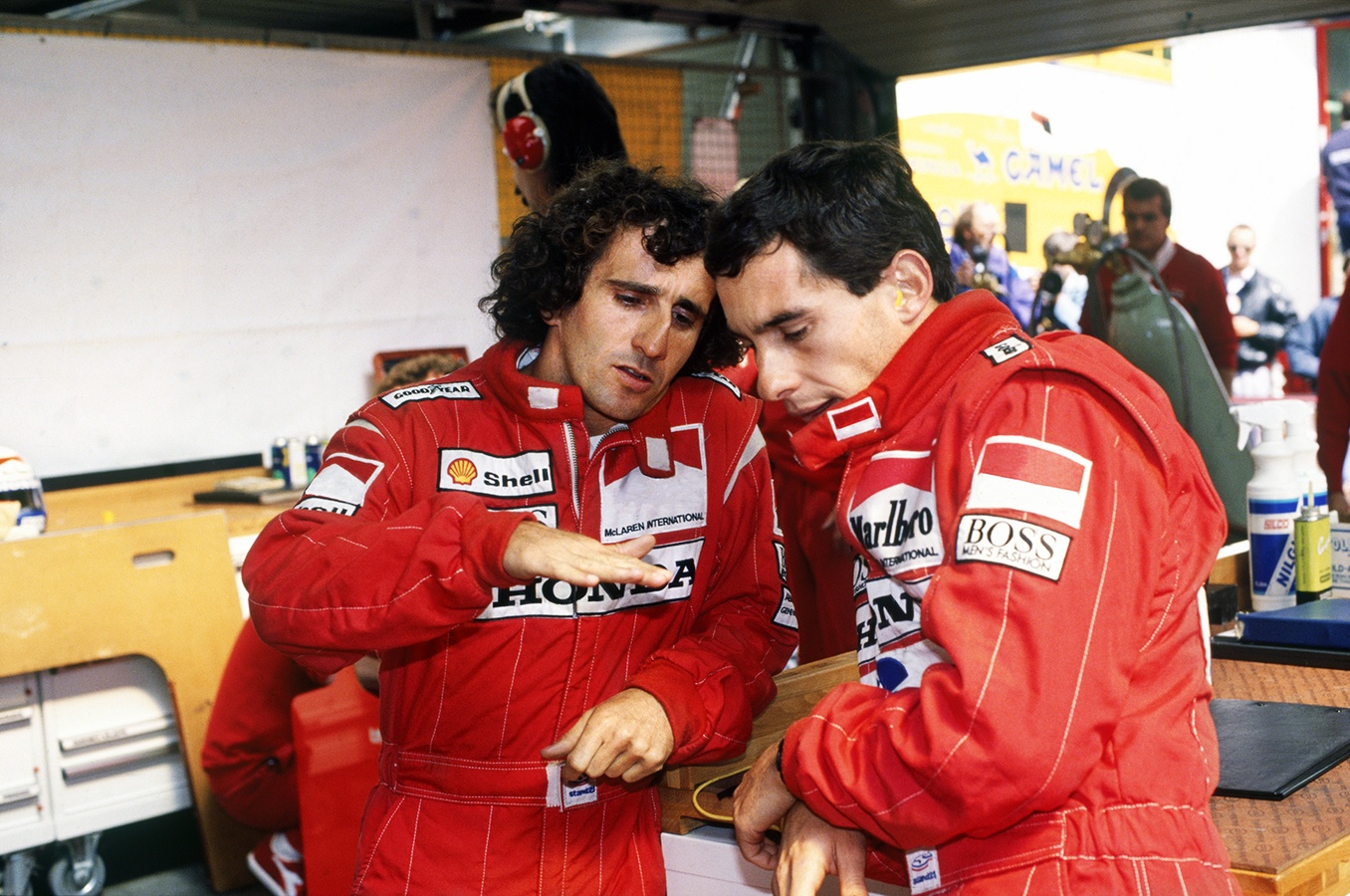 Alain’s cars, “always came back in perfect condition,” John Watson related – unlike Ayrton’s. “I had this Mazda and he drove it like…well: like he would here,” his old Formula Ford boss said, pointing at Snetterton's Bomb Hole corner; “it never really worked after that.” Lesson: send Alain, not Ayrton to get the milk.

*especially since he hadn’t said it yet