Three words no Formula 1 driver wants to hear. However, many will have become accustomed to them ringing in their ears as they have been implored to save fuel during a race. And while some fans, and even drivers, will argue fuel saving is not in the spirit of grand prix racing, it’s nothing new in the world of F1. Just ask Alain Prost.

The Frenchman’s first win for McLaren came at the 1984 Brazilian Grand Prix, but victory was far from certain. Sweltering, tropical heat at the Jacarepaguá Circuit in Rio de Janeiro coupled with a newly-imposed 220-litre fuel limit and ban on refuelling, meant the season-opener risked becoming F1’s ultimate economy run.

It’s a weekend McLaren Design and Development Director Neil Oatley – who worked at Williams at the time – remembers all too well, as he reveals the scale of the challenge and how Niki Lauda helped shape Prost as a racing driver in the first season they spent together as McLaren team-mates.

“Back in those days, the fuel limit was based on volume rather than mass,” recalls Oatley. “So if you had a limited volume, in this case 220 litres, you would try to get as much mass into the fuel tank within the volume limit. Fuel shrinks in volume as it cools down, so from the very first race teams were trying to keep the fuel as cool as possible.

“Huge pieces of equipment designed to freeze fuel began to appear up and down the grid – the equipment used dry ice and other, even colder, substances to try to drop the fuel temperature way below zero.

“It was a ridiculous situation. Sheets of ice would form, and then fall, all over the outside of the chassis because the fuel was so cold.

“Cars were also covered in foil to keep the sun off the fuel tank, so mechanics could safely work on the car once the bodywork was taken off. We were in a constant battle with the heat.

Niki Lauda sits on the grid at the '84 Dutch GP, with foil covering the fuel tank 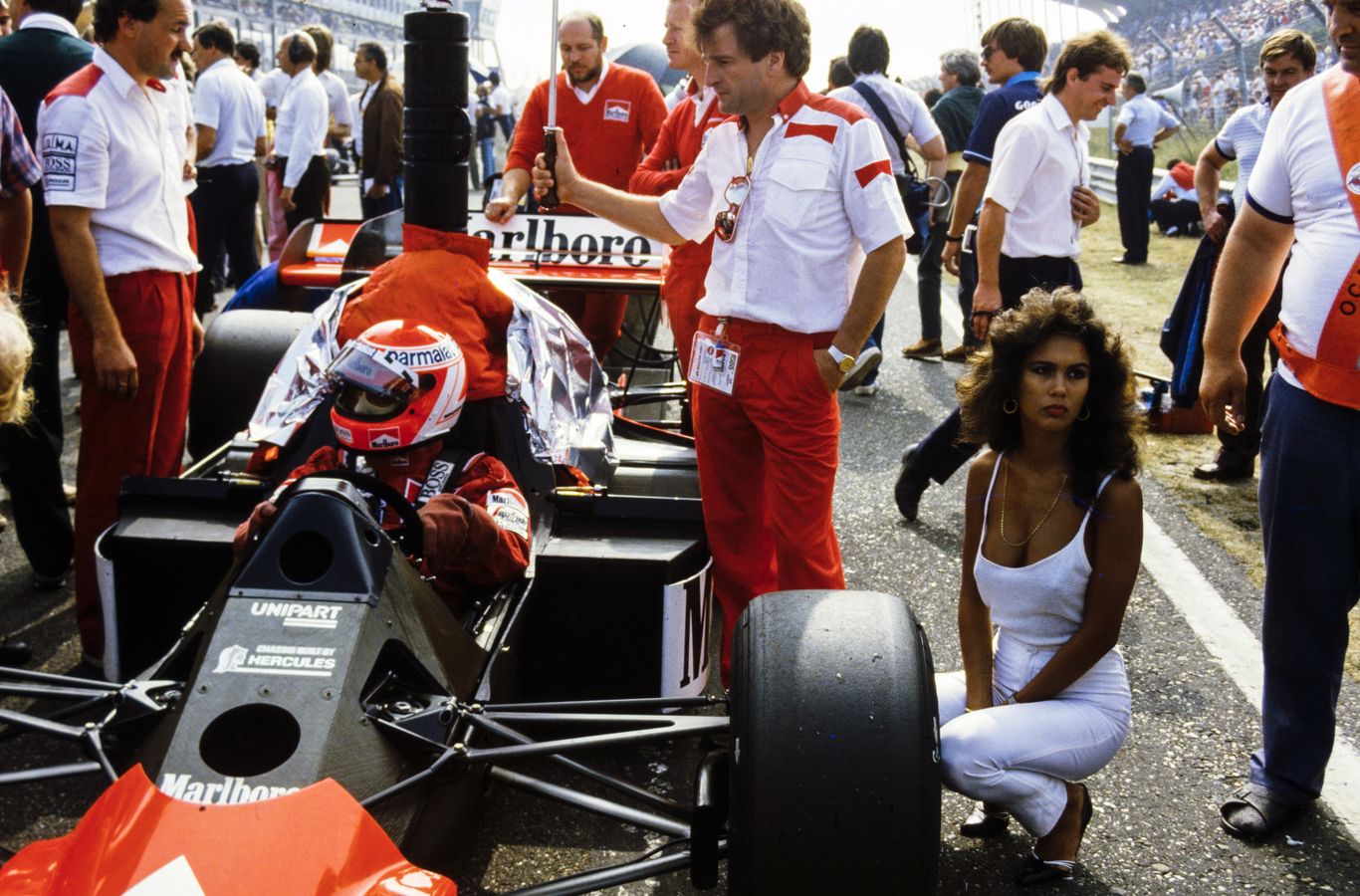 Niki Lauda sits on the grid at the '84 Dutch GP, with foil covering the fuel tank

“If you left a car out in the sun with a fuel tank that was completely sealed, you risked fracturing the chassis because of the sheer pressure that would build as the fuel warmed up and expanded. Small breathers were needed in the fuel tank so that if fuel began to expand due to the high temperatures, it would leak from the valves to prevent pressure becoming too high.”

Playing into the hands of ‘The Professor’

“The regulation change certainly had an impact on the way we went racing,” adds Oatley.

“Prior to ’84, other than the weight penalty that came with carrying fuel onboard the car – which was never really an issue because we could refuel during a race – no one had paid much attention to fuel consumption. Then we got to the first race of the season and suddenly you had drivers struggling to get to the finish.

“The exceptional heat in Rio at that time of year – we’re talking an ambient temperature not far off 40°C – wasn’t the only headache for teams. The circuit had this very strange, abrasive track surface that was unlike almost any other on the calendar and it meant tyre wear became a crucial factor too.”

This combination of fuel and tyre preservation was a real challenge for the drivers but, according to Oatley, if anything it played to the strengths of Prost and Lauda: “They were both very intelligent, very smart race drivers. They tended to gear most of their preparation on Friday and Saturday towards having the best car and performance in the race. And that’s normally what they achieved.”

It certainly looked to be the case at the Brazilian Grand Prix, but for an electrical glitch for Lauda. Prost qualified fourth and Lauda sixth, which left both with plenty of work to do from the start. And life was only made harder for Prost who bogged down off the line, leaving him 10th after the first lap.

A tough start for the McLarens, but the bad luck didn't last long 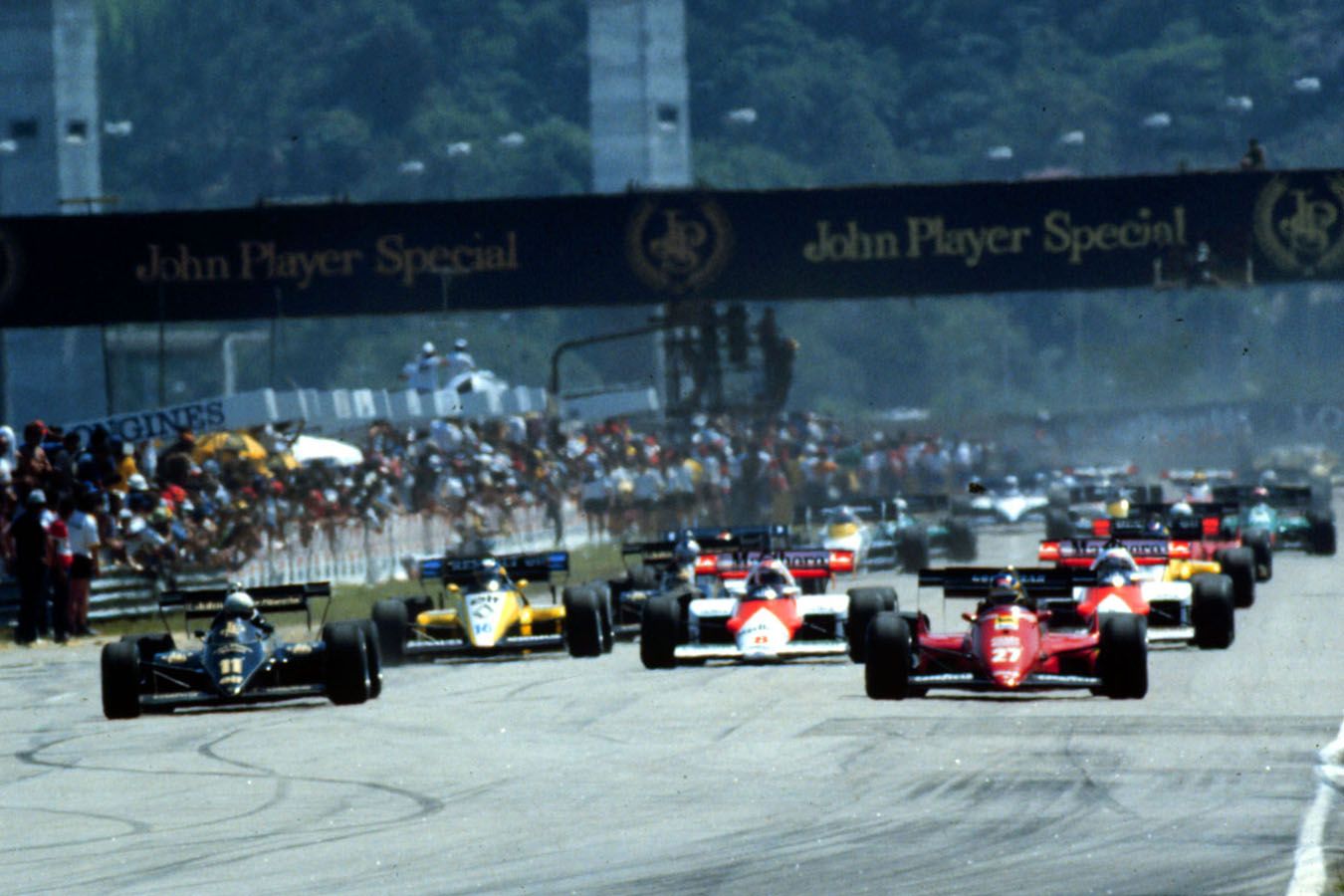 A tough start for the McLarens, but the bad luck didn't last long

As the race progressed, the superior pace of the McLarens shone through. Lauda quickly passed Elio de Angelis and then set his sights on overtaking Renault’s Derek Warwick for second at the end of the back straight on lap 10. However, contact between the right rear of Lauda’s MP4/2 and the Renault’s front left, led to a suspension failure for Warwick later in the race which would prove pivotal.

Out in front, the fast-starting Michele Alboreto’s bid for victory was thwarted by overheating brakes. His demise left Lauda in the lead, only for an electrical failure to bring a premature end to the Austrian’s race.

By this point, Prost had made great progress through the field. He passed Warwick for the lead, only to lose it again after he made his second stop for tyres. But Prost soon found himself back on course for victory once Warwick’s suspension failure reared its head on lap 52, and he went on to win by 40 seconds from Keke Rosberg.

The first of many wins by the three-time world champ 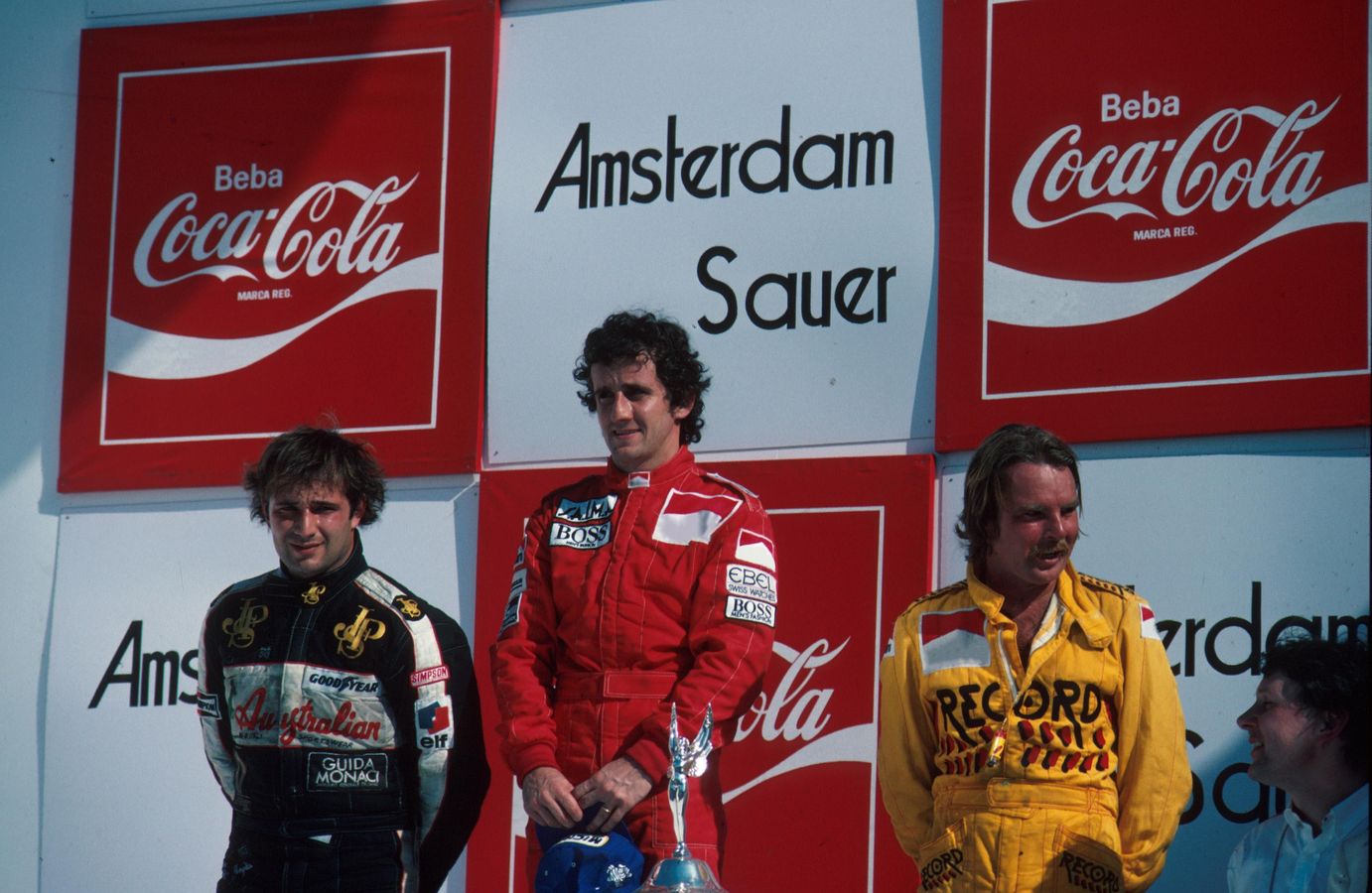 The first of many wins by the three-time world champ

In the hands of Lauda and Prost, the MP4/2 won a total of 12 races in 1984 – enough to see McLaren set the record, at the time, for the highest number of wins in a season by a single team. Meanwhile, Lauda beat Prost to the title by just half a point in what remains the closest finish to a championship in F1 history. Such was their domination, that often the pair were the only drivers to finish on the same lap.

“Alain was known as ‘The Professor’, but at the beginning of his second spell with McLaren – even though many considered him to be the best Formula 1 driver at the time – Niki was a step ahead of him,” concludes Oatley.

“Alain learnt a lot from Niki during that first year they were team-mates. It helped him with his race preparation and developed his intellectual approach to racing.

“Ultimately, it defined him as a racer.”