A controversial shade of red

A controversial shade of red

Think of Mercedes and what colour do you see? Silver, right? Now, think of Aston Martin. What colour pops into your head? Obviously, green. What about Williams? Blue, of course. By now, you probably get where we’re going with this but let’s just try a few more. Think of Alpine and you see blue. Ferrari? Red? Excellent! And what about McLaren? Also red. Good.

Although McLaren is synonymous with papaya, we haven’t always sported this striking shade of orange. Before we started painting our Formula 1 cars papaya at the behest of former team boss Teddy Mayer in 1968, an altogether different colour palette featured on our early F1 cars. First, there was the white and green M2B and then, in 1967, came red – and not just the flashes of red that many of us remember from the days of Niki Lauda, Alain Prost and Ayrton Senna. We’re talking great swathes of a shade not a million miles away from scarlet.

To the untrained eye, our ’67 challengers – the M4B and the M5A – looked remarkably similar to a Ferrari. And, as you can probably imagine, this didn’t go down all that well when our founder, Bruce McLaren, rocked up in the M5A at Monza – basically, the Scuderia’s backyard – to contest the Italian Grand Prix. 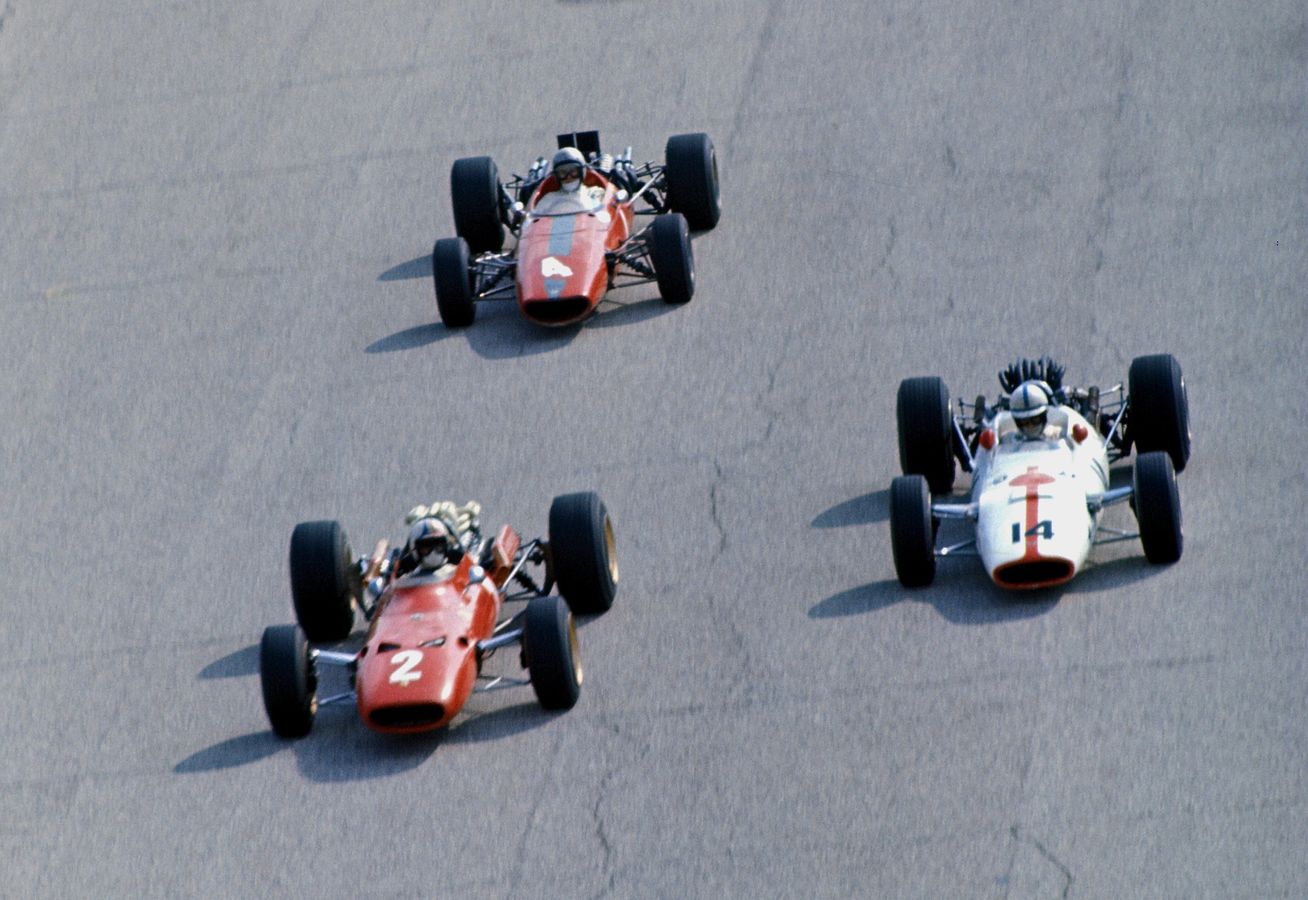 According to chief mechanic Alastair Caldwell, the M5A had the same brick-red livery as the M4B because that was all the team had in the workshop at the time. But the Italian Grand Prix organisers were spitting feathers and having none of it. It mattered little to them that the car had a vestigial green stripe on the nose, so they repeatedly ordered the team to paint the entire car green – since the team was based in England and green was the British racing colour.

Growing increasingly frustrated at being nagged repeatedly about what seemed to be a minor point, an exasperated and busy Caldwell sent someone to buy cans of spray paint containing the most offensive shade of green they could find. Think the Hulk on a really, really bad day, and by that we mean the shade of green, not Caldwell – although he was probably not far from going full Bruce Banner on the race organisers by this point.

“We were going to paint the whole car lime green,” Caldwell later told Vintage Racecar. “Wheels, tyres, springs, everything.” But then Bruce qualified on the front row and the organisers suddenly realised that there wasn’t a Ferrari alongside him, so they rushed back to McLaren garage. “They said, ‘The car’s still red? Good. Leave it red!’”, Caldwell recounted. “Turns out it would have been the first instance, since the dawn of time (actually 1962), when there wasn’t a red car on the front row of the Italian Grand Prix!”

However, racing in red at the Italian Grand Prix clearly didn’t earn us much favour with the motorsport gods. Bruce was forced to retire on lap 47 due to the M5A’s V12 BRM engine breaking two connecting rods, ending all hope of a hard-fought podium.

How well do you know the colours of our iconic history?