Video: Inside Track from the 2012 F1 car launch

“In the first edition of Inside Track for 2012, we get an exclusive insight into the unveiling of McLaren Mercedes’ new MP4-27 car, ahead of the start of the 2012 Formula One season next month in Australia.

Unveiled at the McLaren Technology Centre, the MP4-27 is the car that McLaren Mercedes hope will deliver them back to the top of the rostrum in both the Driver’s and Constructor’s Championships.

The two British drivers and former World Champions Jenson Button and Lewis Hamilton also share their thoughts on the upcoming 2012 season, what drives them and their team in their pursuit for excellence. In addition. McLaren MD Jonathan Neale also gives a unique insight into the development of the MP4-27 and how it differs from last season’s car.” 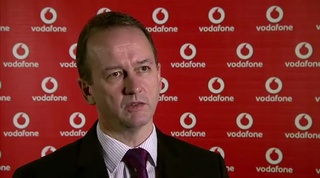