Here’s a few of the best questions from #SocialFriday at the 2013 Spanish Grand Prix asked by fans on the official Vodafone McLaren Mercedes Twitter page, @McLarenF1. Answers are provided in full by our mysterious F1 micro-blogger...

@anthonymb7: "You get eight engines per year - on what basis do you change engines?"

TFD: Some races are extremely hard on the engine, such as Sepang, which is a challenge for the engine because you need extremely high top speeds on the long straights but there are also a number of low-speed hairpin turns. That means the engine’s ‘duty cycle’ is working overtime. As with everything, the more you use something the likelier it is that its performance might start to decrease. In Formula 1, even the smallest decrease makes a huge difference. So, the team devises a strategy at the beginning of the year, taking into consideration that some tracks are harder for the engine than others. We then decide at what points of the season we will change it. 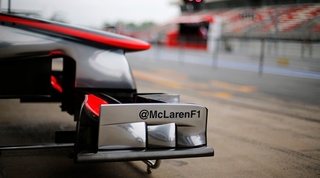 @BenJRL: "What sports do the drivers enjoy watching?"

TFD: Jenson loves triathlon, whether watching or doing it! The thing that interests him is the physical and mental battle against your own limits. It's one of the reasons why he set up and organises the Jenson Button Trust Triathlon, which seeks to help charities through the enjoyment and challenge of the discipline.

Checo is a huge fan of football. He actually comes from the same city as Javier Hernandez, the Manchester United forward and the pair of them are good friends. So he always keeps an eye out for how ‘Chicarito’ is getting on. For him, watching a football match is great way to unwind and relax.

TFD: Without a doubt, it’s the MP4/4, which is unsurprising given that it was simply one of the most dominant Formula 1 cars ever built, winning 15 of the 16 races in 1988. It also had two of the most successful, competitive and determined drivers in the history of the sport at its wheel in Alain Prost and Ayrton Senna. The two of them are now idols for many of the current crop of drivers. The car takes pride of place on the boulevard at the MTC and in the process inspires the team in the present and for the future. Above all, the MP4/4 is a beautiful and iconic car – of all the cars on our boulevard, this one still looks the fastest. 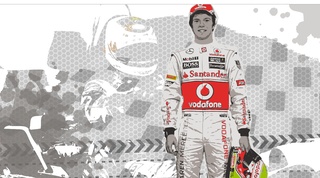 @luanaistweeting: "Which circuit do your drivers prefer or like the most?"

TFD: Monaco is a favourite with both drivers because of its history and the unique challenge it poses. Driving round its narrow streets at huge speed gives them a thrill which no other circuit can. There are no run-off areas and therefore no room to make mistakes. Otherwise, tracks like Spa and Suzuka are also favourites, because of the highly challenging track layouts and the drivers also love the atmosphere in Melbourne and Montreal which are very relaxed and close to the heart of the cities.

‏TFD: It’s the mighty Mark Temple, ably assisted by Will Joseph. After graduating from Cambridge University with a 1st class honours in Engineering and doing a postgraduate degree in Motorsport Engineering and Management at Cranfield University, Mark first joined McLaren in 2003 as a transmission design engineer. He has since risen up the order to partner Sergio Perez as his race engineer. He’s also a mean mountain bike racer…!