The end of July has always signalled that it's time for the German GP, and I must say I find it very sad that a country with such a great motor sporting tradition does not have a race this year. Of course one could say the same of France, long since lost to the F1 schedule.

However in the case of Germany it makes even less sense given that Mercedes is the dominant force in F1 at the moment, and that Nico Rosberg is a genuine contender. Throw in Sebastian Vettel in a Ferrari – and as the man most likely to take advantage should the silver cars hit trouble – and you would think that it wouldn't be too hard to sell grandstand tickets.

The good news is that the FIA World Motor Sport Council has agreed a 2016 calendar that includes the German GP once more. While no venue has officially been listed, the race will be run at Hockenheim, which is logical given that this year was supposed to be the turn of the Nurburgring. Whether there's any chance that F1 will one day return to the Eifel mountains remains to be seen. Equally it's not yet clear whether Hockenheim will be in a position to return to hosting the race on an annual basis.

One subject that appeared to have dropped off the radar at the recent F1 Strategy Group and World Motor Sport Council meetings is that of customer or “franchise” teams, following the controversy that surrounded the discussions at the earlier May Strategy Group meeting. The idea is that the sport prepares for the possibility of struggling teams hitting financial problems and the entry list shrinking, although cynics might think that some of the major players are actually quite eager to have extra representation on the grid.

For me the debate has brought back memories of the days when some leading teams entered third cars from time to time. Often they just made up the numbers. However, in 1973 McLaren ran an occasional third car that was frequently in the thick of the action.

Everyone remembers the impact that rookie Jody Scheckter made that season on his outings in the third McLaren – literally at Silverstone when he triggered the multiple crash at the end of the first lap! The South African also had a controversial collision with Emerson Fittipaldi in France, but in qualifying second at Paul Ricard and third in both South Africa and Canada young Jody showed his pace, and it was a great argument for the role of a third car as a proving ground for new talent.

However, in Germany that year the extra McLaren was also loaned out to an established star of the era who was in effect on a sabbatical from a rival outfit. It proved to be one of the most unusual examples of in-season car hopping that the sport has ever seen.

Jacky Ickx had first shot to stardom when he joined Ferrari in 1968. He scored a brilliant wet win at Rouen, and took pole at the Nurburgring. In 1969 he replaced Jochen Rindt at Brabham, where a certain Ron Dennis was a mechanic. That year he won from pole in both Germany and Canada, and finished second in the World Championship.

He moved back to Ferrari in 1970, where four poles and two wins saw him runner-up to posthumous title winner Jochen Rindt. He continued to be a frontrunner for the next two seasons, winning in Holland in 1971 and Germany the following year, while also adding six more poles to his impressive CV. He was without a doubt one of the stars of the era.

However in 1973 the Ferrari proved hopelessly uncompetitive, to the extent that the team took time out in the middle of the year to regroup, withdrawing after a frustrated Ickx finished a lowly eighth at Silverstone.

Thus Jacky was suddenly available, and had time on his hands. He desperately wanted to drive at the Nurburgring, where he was a proven ace, and had won twice. Aware that McLaren had occasionally fielded a third car for Jody Scheckter, he simply phoned up team boss Teddy Mayer and asked if he could drive it. No managers or agents in those days, of course...

“I badly needed to restore my confidence in my abilities,” the Belgian recalled. “At this time there were two McLarens for Denny Hulme and Peter Revson, plus one spare. So I knew they had a third car, and not every team did at that time. The major problem was to find out if it was to the agreement of both drivers to have me join the team for the Nurburgring. It was not an easy decision, because they didn’t really want to see me there, for obvious reasons!”

Mayer could see that having a superstar in the third car could be a boost for the team, and thus agreement was soon reached. Come the race weekend Ickx was quickly into the groove with the unfamiliar M23, which had won in both Sweden (with Hulme) and Britain (Revson).

Alas a blown engine and then rain thwarted a potential shot at pole on the Saturday. Nevertheless in qualifying fourth he set a lap time more than six seconds quicker than both Hulme and Revson. That must have given dear old Teddy Mayer some food for thought! 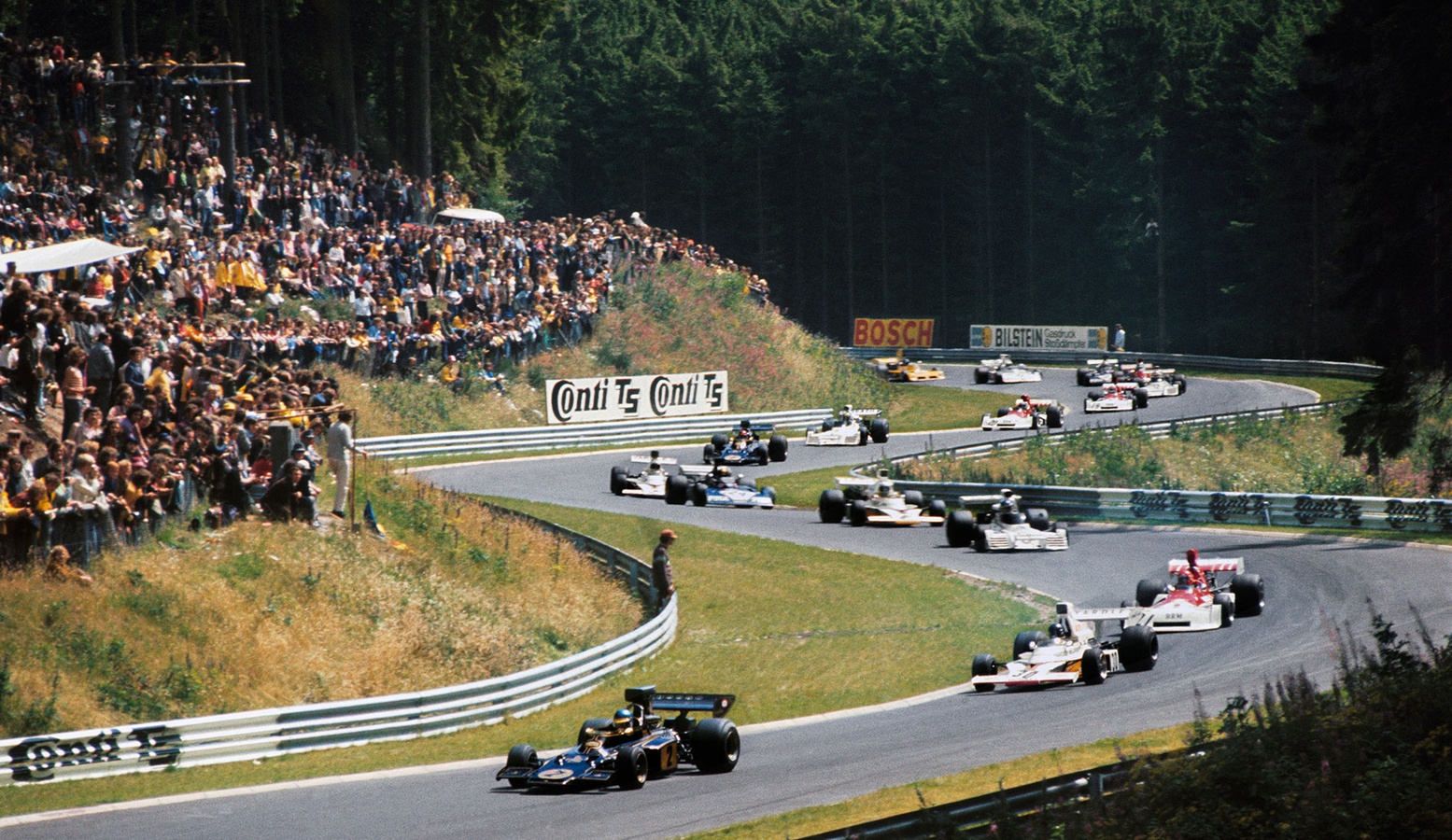 The race itself turned into a demonstration run for Tyrrell as Jackie Stewart and Francois Cevert disappeared out front. Second qualifier Ronnie Peterson retired on the first lap, so Ickx settled into third place and stayed there for the duration, frustrated at being unable to challenge the dark blue cars up ahead.

“We had to choose between hard tyres and soft tyres, and McLaren made the choice for me to run hard tyres, and then Tyrrell finished one and two. I think in the race I could have done much better if, like the Tyrrells, I had the soft tyres on. And that’s the story of McLaren. I just spent a weekend there. I came to the Nurburgring on Thursday, I left on Monday!”

Indeed it was to prove to be a short flirtation, rather than a marriage. Ickx missed Austria, and then returned to Ferrari for another disappointing outing at Monza, which proved to be the end of his relationship with the Maranello team.

He didn't take part in Canada, but then Frank Williams invited him to try his Iso in the last race at Watkins Glen. Ickx thus managed to drive for McLaren, Ferrari and Williams in consecutive races in the same season – somehow I don't think we'll ever see that happen again! Unless we revisit that old suggestion about drivers moving to a different team for every race in order to establish who really is the best...