A superb Hungarian GP provided a real shot in the arm for the sport as we headed into the summer break. The result was also a boost for all the folk at McLaren and Honda, and while no one is under any illusions about the current performance of the package, Fernando Alonso nevertheless earned that fifth place. With Jenson Button also making the points some valuable data was logged. I note that the two McLaren drivers were also among the few finishers to avoid penalties of one kind of another. A sign perhaps that experience is always worth paying for!

We first went to Budapest back in 1986, and so this year's event was the 30th Hungarian GP. The landmark was acknowledged by the organisers, albeit in a fairly low-key way, amid the emotion surrounding the recent death of Jules Bianchi. They did however use the occasion to announce a much-needed programme of upgrades to the circuit.

As well as resurfacing the track itself they will pay some attention to the grandstands – I understand that this year one was in a such a state of disrepair that it was closed and hidden by a giant anti-drinking message from Bernie Ecclestone! And eventually there will be new race control and pit buildings, an update that is sorely needed given that little has changed since 1986.

While the facilities have what you might call “character” there's no escaping the fact that every F1 venue has to keep up with the times if it is to hold onto a Grand Prix date, even if Ecclestone does have an obvious soft spot for the place.

It was of course Bernie who first took us to Hungary. He'd been trying for a while to find a venue in Eastern Europe in order to expand the sport's reach, but given that the Iron Curtain was still very much in place at that time, it wasn't easy. Moscow was always high on his priority list, but in the end he made it work in Hungary. 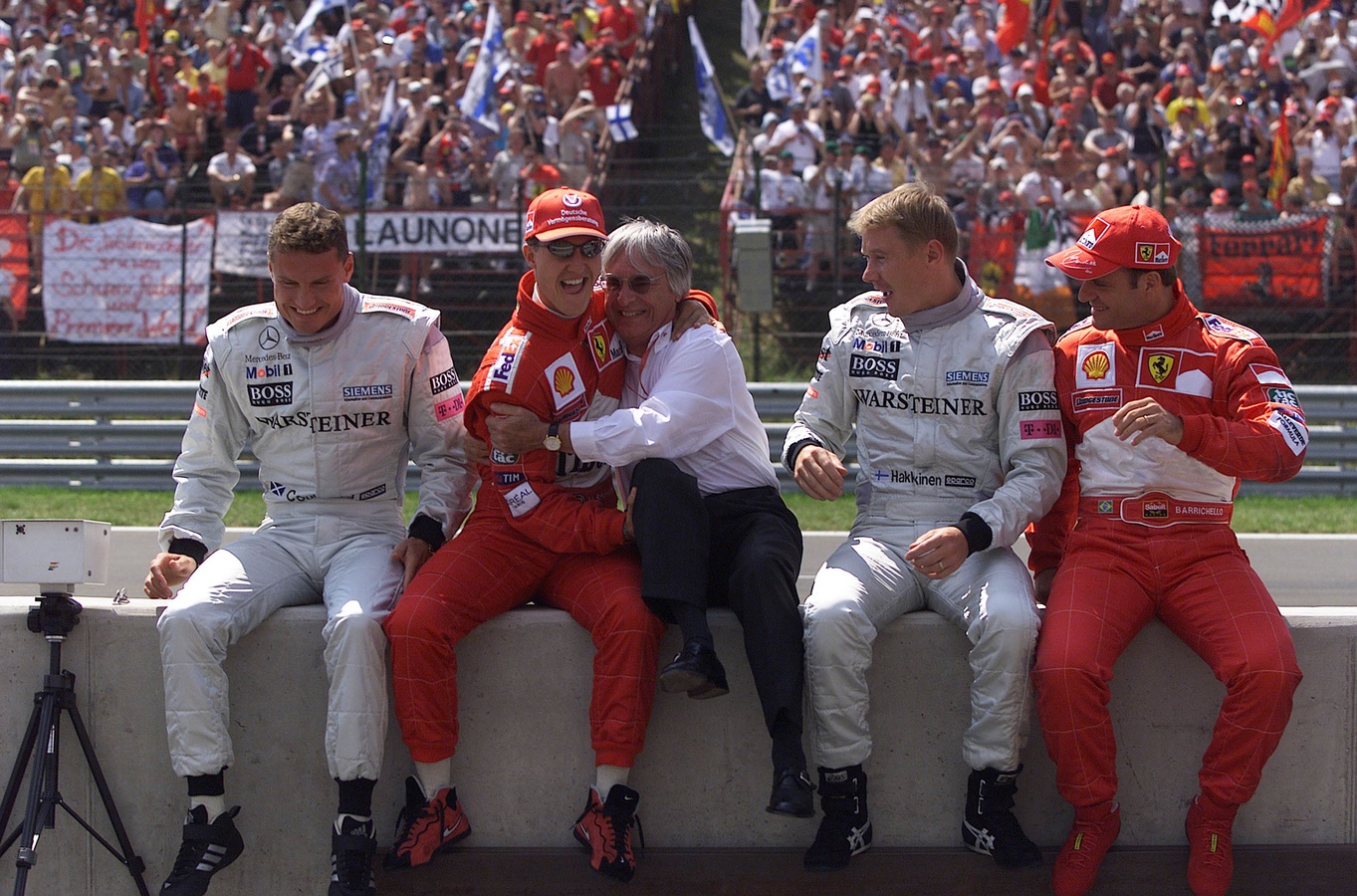 At the time few people were aware of the country's motor sporting history. However a certain Ferenc Szisz won the first ever race to carry the title “Grand Prix” on dusty roads in France back in 1906, while Budapest hosted the greats of the pre-war era when Nepliget (or People's) Park hosted a Hungarian GP in 1936. That year the great Tazio Nuvolari won for Alfa, beating the mighty German teams. That result was perhaps a precursor of the sort of drama that the current track has so often produced.

The city parkland track was used again after the war, and indeed was apparently in operation until as late as 1972. While international visitors were rare, some big names took part in European Touring Car events.

Ecclestone began exploring the possibility of taking F1 to Hungary when he made his first trip there in the summer of 1983. These days would-be promoters are lining up outside his office, if you believe all the stories about potential future venues. However, Bernie went to Budapest on his own initiative, and only at the suggestion of a friend – one of the Brazilian GP promoters in fact – who had roots in the country. It was Bernie who contacted the government, and not the other way around, which is how things are these days...

The initial plan was to hold a street race in Varosliget Park, another venue that had once been used for racing. Indeed at one stage a city race was set to be run in 1984, but it was ultimately rejected on environmental grounds. Plan B was a return to Nepliget Park, where Nuvolari had raced, but once again it was blocked for similar reasons. Years later Bernie would be more successful with a similar scheme in Melbourne, when Albert Park was revived as a racing venue in 1996 after a break of 37 years.

With the proposed park venues off-limits the Hungarian promoters took the only possible course, which was to find some land and build a track from scratch. And they did just that, with the support of the government. After a dozen possibilities were explored a suitable site was duly located some 20 minutes up the M3 motorway, itself just four years old, at Mogyorod. Sadly for the local council's PR man you have probably never heard that name, given that the track was handed the generic moniker of the Hungaroring! 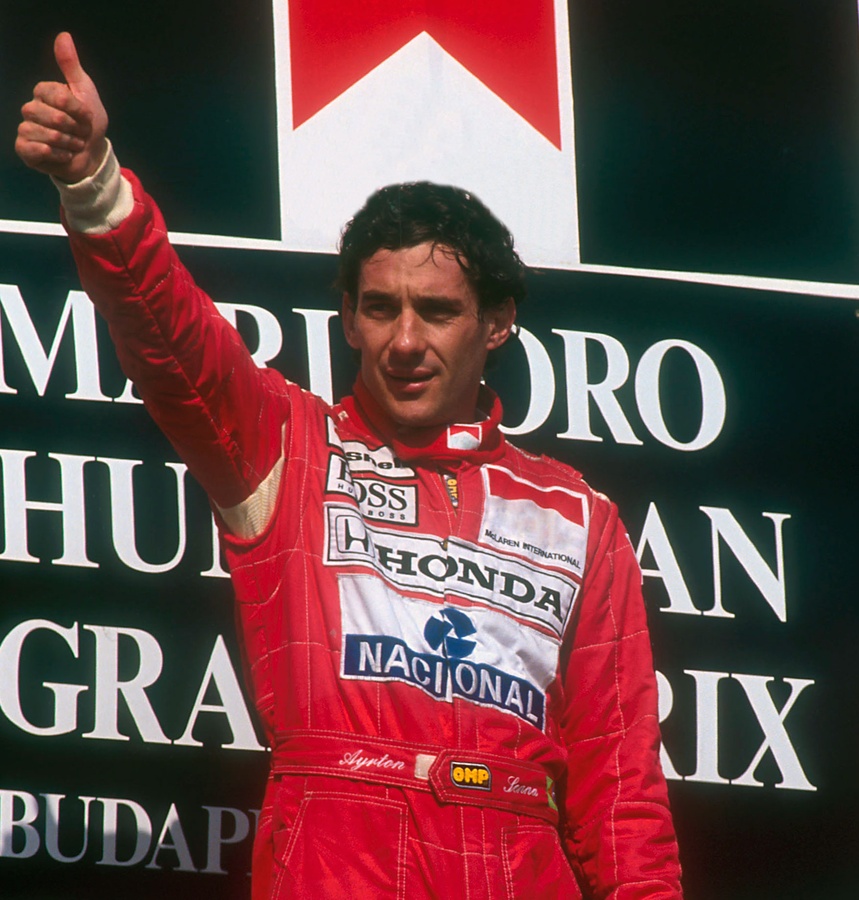 The track was built in just seven months at a cost of what was claimed at the time to be £3m, and the bill for the whole project was £5.3m. Even allowing for three decades of inflation those are modest amounts compared to what has to be spent these days in building a new venue and getting a Grand Prix off the ground.

We didn't know what to expect when we first ventured to Hungary for that 1986 race – perhaps our view of socialist countries had been coloured by too many spy movies! But we were to be pleasantly surprised when we finally arrived after a road trip from Vienna, our progress having been interrupted by a delay at the border crossing.

The streets may have been thronging with noisy Trabants, Ladas, Skodas and Wartburgs, and the city turned out to be full of stunning buildings, even if they were hidden under decades of grime. Inevitably the hotels and restaurants had their limitations, and making a simple telephone call proved to be a challenge. However, we were impressed when the Hilton waiters delivered room service breakfast while wearing evening dress! The overriding impression was that the people were friendly, and we were pleasantly surprised by the welcome and the obvious enthusiasm for the sport.

In 1986 tickets cost £13, seemingly a bargain by today's standards – but apparently the Hungarian weekly wage back then was around £75, so it was quite a big commitment for the locals.  Nevertheless a crowd estimated at over 200,000 showed up, with many coming from neighbouring countries. These people had never had the chance to see F1 cars before, and nor had the millions of TV viewers in places like the USSR, Poland, Yugoslavia, Czechoslovakia and Bulgaria, for whom Hungary was a first opportunity to see a Grand Prix in their living rooms. And that of course was what Bernie's master plan was all about. 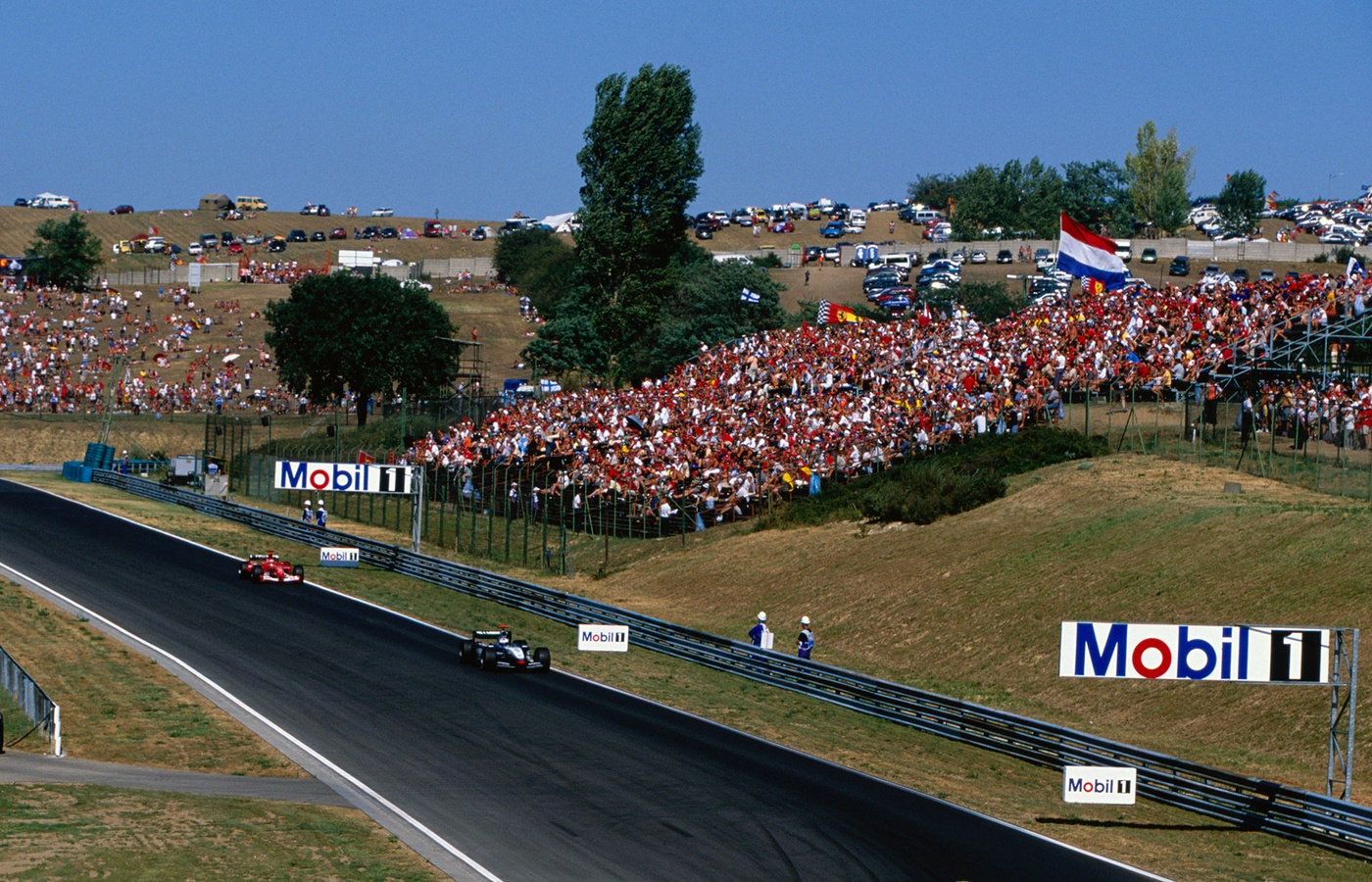 As for the track itself, it was located in a natural bowl, affording great views for spectators. However, it was incredibly slippery, and impossibly tight and slow. As such it came as a shock in an era of fast and largely unspoiled venues such as Hockenheim, Imola, Paul Ricard, Mexico City, Silverstone and the Osterreichring. The track was improved a little when the silly chicane at Turn 3 was by-passed in 1989, but its essential character has remained unchanged.

And that in retrospect is probably a good thing. Hungary was different from the norm then, and it remains so today, and that's part of its charm. Every year F1 goes there knowing that the track's slow nature, low-grip surface and the hot weather can combine to mix things up a little. Sometimes a bit of rain is added to the recipe, although we had to wait 20 years for the first wet race, won of course by Jenson Button in 2006.

There have been a few dull Sunday afternoons, and the place has often been criticised for a lack of overtaking opportunities, but on balance there have been more memorable events than boring ones. And I should point out that McLaren has played a huge role in the race's history, with 11 wins – more than any other team.

It's reassuring to note that not only does the race have a deal to host the race until 2021, but the promoters are already talking to Bernie about an extension. Other much trumpeted events have come and gone – the likes of Turkey, Korea, India and Valencia are already consigned to the history books – but Hungary remains firmly planted in its traditional August date. Long may it continue to be one of the most enjoyable stops on the F1 calendar.