When it comes to the development of McLaren, that’s certainly true. In 51 years, the company has grown from the germ of an idea in the head of an idealistic young New Zealander into an international high-technology entity whose racing credentials are known the world over.

And it all started in what Tyler Alexander, one of McLaren’s original directors, called ‘a slum-like tractor shed’ with a dirt floor in New Malden.

Indeed, if you were searching for McLaren’s true roots, you’d apparently find them in a small lean-to that belonged to an earth-moving company situated on Wellington Crescent, in that unglamorous Kingston suburb. Bruce McLaren Motor Racing Limited shared that limited workspace with the earth-movers during the summer of 1964, and, by all accounts, it was a pretty grotty existence.

At the same time, Bruce was living with his mechanic Wally Willmott and his assistant Eoin Young in a nearby semi on Grayham Road, New Malden, just a stone’s throw from the ‘factory’. Eoin, a loyal friend to Bruce who would later become one of motorsport’s foremost journalists (and a mate and mentor of yours truly), described it thus:

“In the early summer of 1964, three men – hell, we must have been boys then, not one of us over 26 – sat around a table in the cramped kitchen of a rented house in New Malden that served as the headquarters of the new Bruce McLaren racing team.

“Bruce, fresh from winning the Tasman Championship with a special 2.5-litre Cooper, teetered back on one of the chairs and wondered aloud whether to go Formula 2 racing with a Cooper or to try his hand at sports car racing in America. 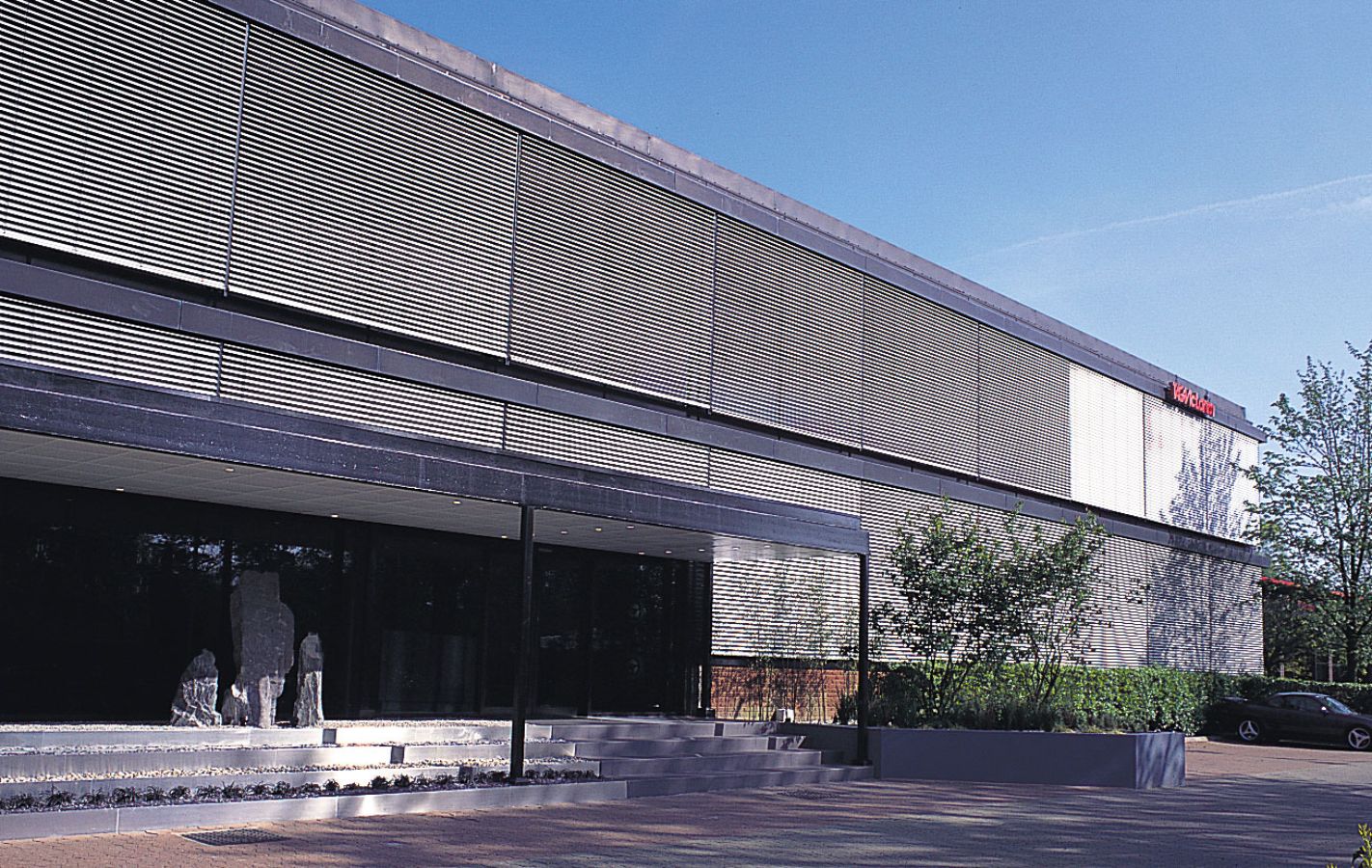 “Wally Willmott, Bruce’s personal mechanic, opted with Bruce to go for sports cars, but I didn’t agree. Looking back I could call it a vote of caution, but, in all honesty, as history has proved, I was quite simply wrong... and the rest is history. Within three years, the McLaren team was dominating the richest series of road races in history and in seven years they had won more than a million dollars in prize money and bonuses.”

Eoin was referring to the legendary Can-Am championship, of course, which McLaren won five years in succession, 1967 through 1971, including a magnificent clean sweep of victories in 1969, taking first place in every Can-Am race run that season.

Anyway, where were we? Oh yes: 1964. The operation quickly outgrew those New Malden premises, and Eoin scouted about for a new home, choosing to decamp the operation before the end of that same year to an industrial estate on Belvedere Works, Feltham, near Heathrow Airport. It was here that McLaren as we know it today first kicked into gear – for it was in Feltham that Bruce and his associates breathed life into the first-ever McLaren, the M1.

Then, as now, life at the factory was fast-paced, and by the end of 1965 it was time for the team to move again. It was at this point that McLaren decamped into the first of a series of iconic locations, taking up residence on the Poyle Trading Estate, Slough.

If those words don’t resonate with you, another will: Colnbrook.

The team moved into 5 David Road, to be precise, a small brick building in a cul de sac just beneath the busy flight-paths that led in and out of Heathrow Airport. It was a pivotal location for McLaren, providing easy access to the airport and a quick and direct route to the Kentish coast and ferries to France, and the races in Europe. Like much of the burgeoning motorsport fraternity (Tyrrell in Ockham, Cooper in Surbiton, Brabham in New Haw etc), the Berkshire/Surrey commuter belt provided the ideal starting point for an itinerant racing operation keen to burst onto the continent.

When the team reached bursting point at 5 David Road (which happened in 1970), the solution was simple – they simply shuffled down the road, moving into larger and more expansive premises at number 17, at the end of the road.

Although the ‘Rush’ production team didn’t film at the actual location, they did a brilliant job of capturing its essence. David Road was, at its heart, a functional place – by the end of its McLaren days, it was slightly ramshackle and a bit scruffy, but it was utterly fit for purpose: it turned out dozens of race-winning Can-Am cars, was the birthplace of machines that won three Indy 500s, and was the workshop in which the iconic McLaren M23 was fettled into a world championship winner for Emerson Fittipaldi in 1974 and James Hunt in 1976, to boot.

Nowadays, David Road is a somewhat drab and dreary street on an industrial estate bordered by the M25, but it feels just as cramped and busy today as it was back in that glorious long, hot summer of ’76, when it was arguably operating at its zenith.

Ron Dennis’s arrival at McLaren in the autumn of 1980 marked the team’s migration into even bigger premises, and the first of the three factories in Ron’s birthplace of Woking, Surrey. McLaren moved in to Boundary Road in 1981, and it was from here that the team masterminded its development into a true world-beater.

At the time, Boundary Road was a state-of-the-art factory, but, driving past it now (which, incidentally, is easy to do if you’re minded to create your own McLaren heritage tour around the industrial estates of Woking), you’re struck by just how tiny it is compared to the megaliths that house today’s modern Formula 1 teams.

It’s something that struck Ron, too, and he elaborated on it during an exclusive chat to the media earlier this year.

“In the 1980s, before we moved to Albert Drive [Sheerwater, Woking], we were still operating from Boundary Road, which you just wouldn’t believe could be a Formula 1 team’s headquarters if you saw the size of it today. But at that time it was setting new standards.

“There was a frantic busy-ness about the place – we were still only about 80 people back then, everyone did more than one job, we all knew each other, and we all worked together. They were good times. It really was a feeling of ‘us against the world’ back then – and I think that fighting spirit still manifests itself within the company today. We’re always ready to fight for what we believe in.”

By 1987, and with the relationship with Honda waiting in the wings, McLaren had once again grown too big for its premises, and literally moved round the corner, into the aforementioned Albert Drive. The new location once again proved profitable, as the team enjoyed another step-change in performance, creating and running all its Honda-powered creations from this smart yet intimidating, shiny yet dark, glass-fronted industrial unit.

By the late 1990s, however, the team had clearly outgrown Albert Drive – a feat that had initially seemed impossible, given the scope and scale of the building when it was first occupied. By the end of its active life, Albert Drive resembled more of a campus, with offices and buildings scattered far and wide across the industrial estate. In terms of running a cohesive, united, singular race operation, it was no longer cutting the mustard.

Clearly, the issue was something that weighed heavily on Ron’s mind, as he realised that there could be few existing buildings that would offer the size and scope he needed to keep such an enormous operation living and working under one roof.

It was at this moment that Ron took a visionary step, improbably finding a green-field site just outside Woking (equally improbably, on the premises of an old ostrich farm!) and commissioning Foster + Partners to design a new factory (or facility, as Ron preferred to call it) from the ground up.

Thus was Paragon (as it was originally known) conceived. 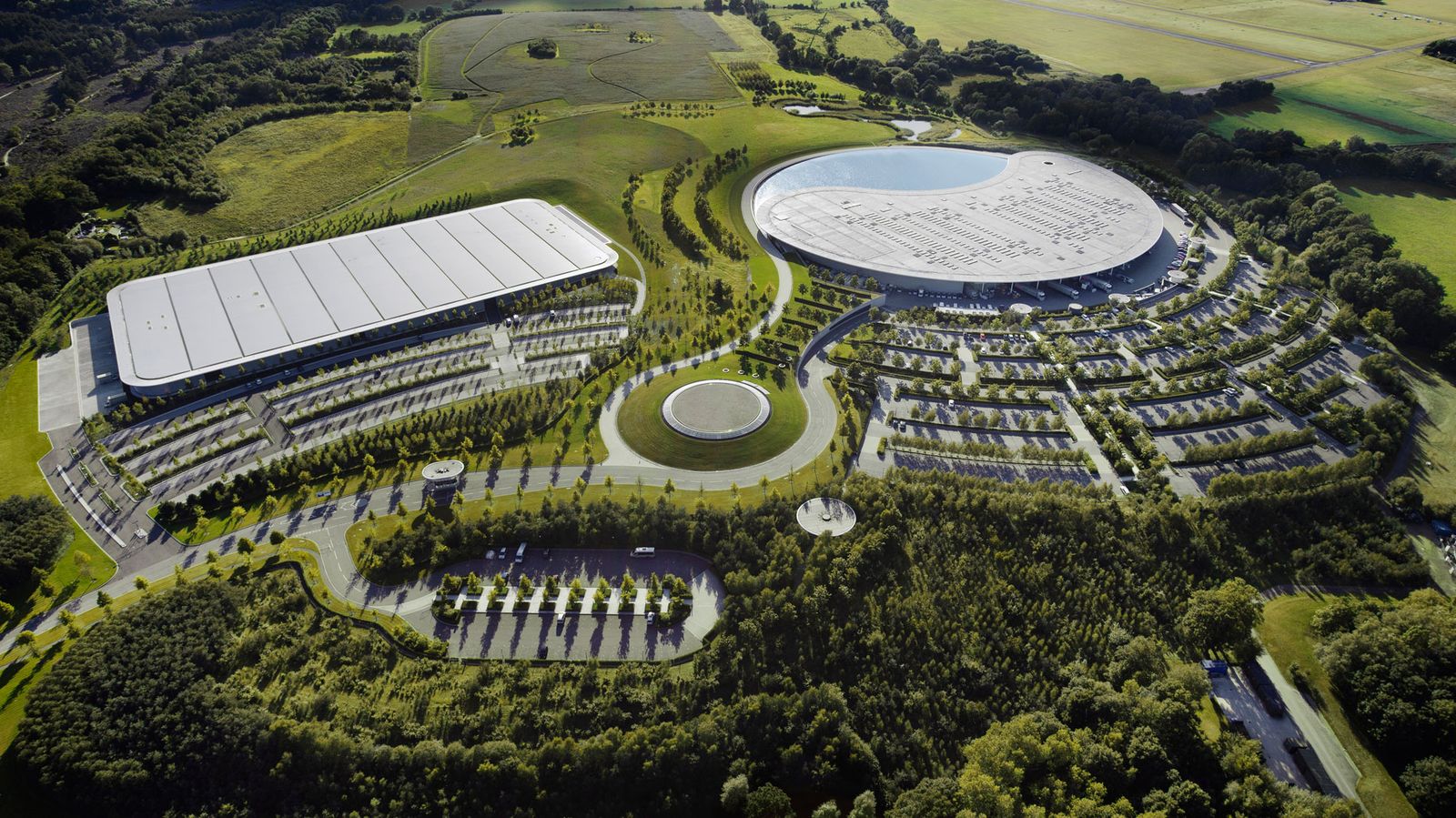 At the turn of the millennium, work had reached such a stage that Ron felt confident in inviting the first journalists to view the still-empty facility. Yours truly was one of the invitees – as indeed were Matt Bishop, now McLaren’s Group Head of Communications and Public Relations but then the Editor-in-Chief of ‘F1 Racing’ magazine and a feisty ‘Autosport’ columnist too and McLaren's Media manager Steve Cooper, then a hard-hitting reporter on the same two magazines – and I still vividly remember my first visit to the still-yet-to-be-renamed McLaren Technology Centre.

Like a schoolboy giddily fiddling with a new toy, Ron was enormously keen to show off the new property – even if it meant traipsing across to the new while it was still an extremely muddy building site.

In a small-but-telling sign of McLaren’s detail-fetishism, upon arrival at the site office, we were frog-marched into a wellington boot fitting station and had our boots matched to our shoe size – that’s something I’d never come across before, or since. We were then each fitted with a hard hat before entering the huge steel skeleton that would one day become MTC.

I remember being toured by Ron through the McLaren-Mercedes SLR assembly line. Back then, it was like an empty swimming pool – a huge, recessed box with row upon row of immaculately spaced tiles. Ron imperiously waved his hand across the vista, proclaiming grandly: “You’ll notice that we have optimised the lateral optical interface of this building.”

I turned to McLaren’s then PR lady Ellen Kolby, and asked nervously: “Er, does that mean it has a lot of windows?”

Ellen giggled nervously and whispered: “I think so, Alan, yes.”

I also recall Ron using the verb ‘propagate’ liberally and often – as in “Eventually, we’ll allow flora to propagate this area” – and I confess that some of our number had clearly never heard the word before. Finally, after Ron had used the word for about the fifth time, one wag from Fleet Street asked, “Will there be a proper gate at the entrance, Ron?” Propagate… proper gate… geddit? We laughed. Ron didn’t.

As journalists, we were quick to mock, but, once it was up and running in 2004 (and opened by Her Majesty The Queen, no less), it soon became clear that Ron’s vision had been executed with flawless attention to detail, and that it provided the all-under-one-roof solution which Ron had so tirelessly sought.

A decade into its existence and it’s hard to see how Ron will ever top the creation of MTC. Nonetheless, I’m sure he has the kernel of an idea in his mind, and I’d love to be privy to his next grand vision.

One thing is for sure, though, it won’t have dirt floors!

RUSH – behind the scenes set report

10 things you didn’t know about the MTC

Around McLaren in 50 facts