“Event 3 was a good for the team, as we now have a 101 point advantage to 2nd place, so looking strong in the Constructors' Championship going into the last three races.

“From my side, not a lot went right, some of the races were compromised which cost a lot of points but I’m still happy to be leading the Drivers’ Championship with three rounds to go.Super excited to relax now and go again for Event 4!”

“Finally, I want to say thanks to the team, and for the support from the papaya fans.”

“After Event 3 we had mixed emotions, a few things we missed compared to our rivals but we still came out extending our advantage in the Constructors' Championship.

“Looking forward to Event 4, we have a month break which gives us plenty of time to reset and re-focus after a highly demanding Event 2 and 3. The team is ready for one last big push”

Lucas holds P1 in the Drivers’ Championship on 132 points, Bari is P3 on 118 points. In the Constructors' Championship, McLaren Shadow is P1 on 250 points. 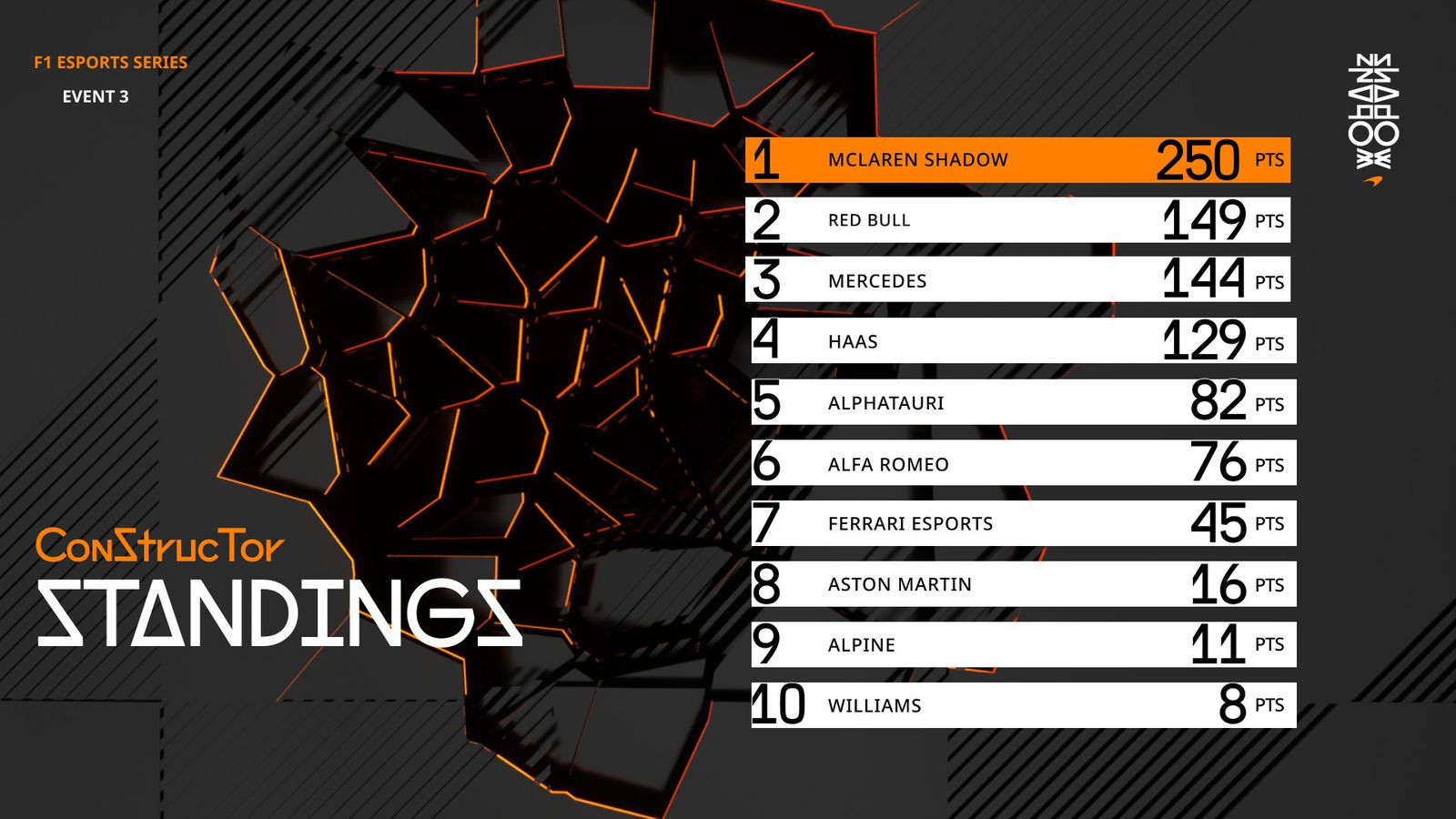 The final event of the 2022 F1 Esports Series season will run between 14 -16 December. The team will be driving at Suzuka, Interlagos, and Yas Marina.