"That is F1 Esports Event 1 done and dusted. We managed to pick up two wins, four podiums and a pole position as a team out of the first three races, so I think that was a very solid start to the season. Really good points on the board for the team, which is the main thing.  I think we worked and performed really well as a unit. We've been working really well together in the run-up with all the preparations, so I look forward to continuing that for the next event.

"In Event 2, we have another set of three tracks to tackle, learn, analyse and improve at, so I'm looking forward working with my team-mates Bari and Wilson, and the whole McLaren Shadow team to try and do as well as we did in the first event. We just need to focus on the method, the work and just keep it up!"

"Event 1 was not the best event for me. There was a lot of misfortune and technical problems but at the end of the event we are leading the Constructors' Championship, which is the most important thing. Even with poor results for myself, I'm still P5 in the Drivers' Championship, which is not the end of the world. I'm going to try harder and hopefully get a little more luck on my side and hopefully Events 2,3 and 4 will be much better. Thank you for all of your support, it is much appreciated."

"What an amazing event, Event 1 has been - it couldn't have gone much better. We're leading the Constructors' Championship by just over 20 points, which is the most important thing. We're really happy with how it's going right now. Obviously, things could have gone better but I think every other team can say that.

"There's always going to be things we can improve on, but it's been an amazing effort from everyone especially the engineers and the drivers. We're definitely not slowing down and are really pushing hard for Event 2, hopefully it can go just as well as Event 1, if not better. We also really appreciate all of your support on social media, we're really thankful for it."

Lucas sits P1 in the Drivers' Championship on 65 points, Bari P5 on 21 points. In the Constructors' Championship, McLaren Shadow tops the table on 86 points. 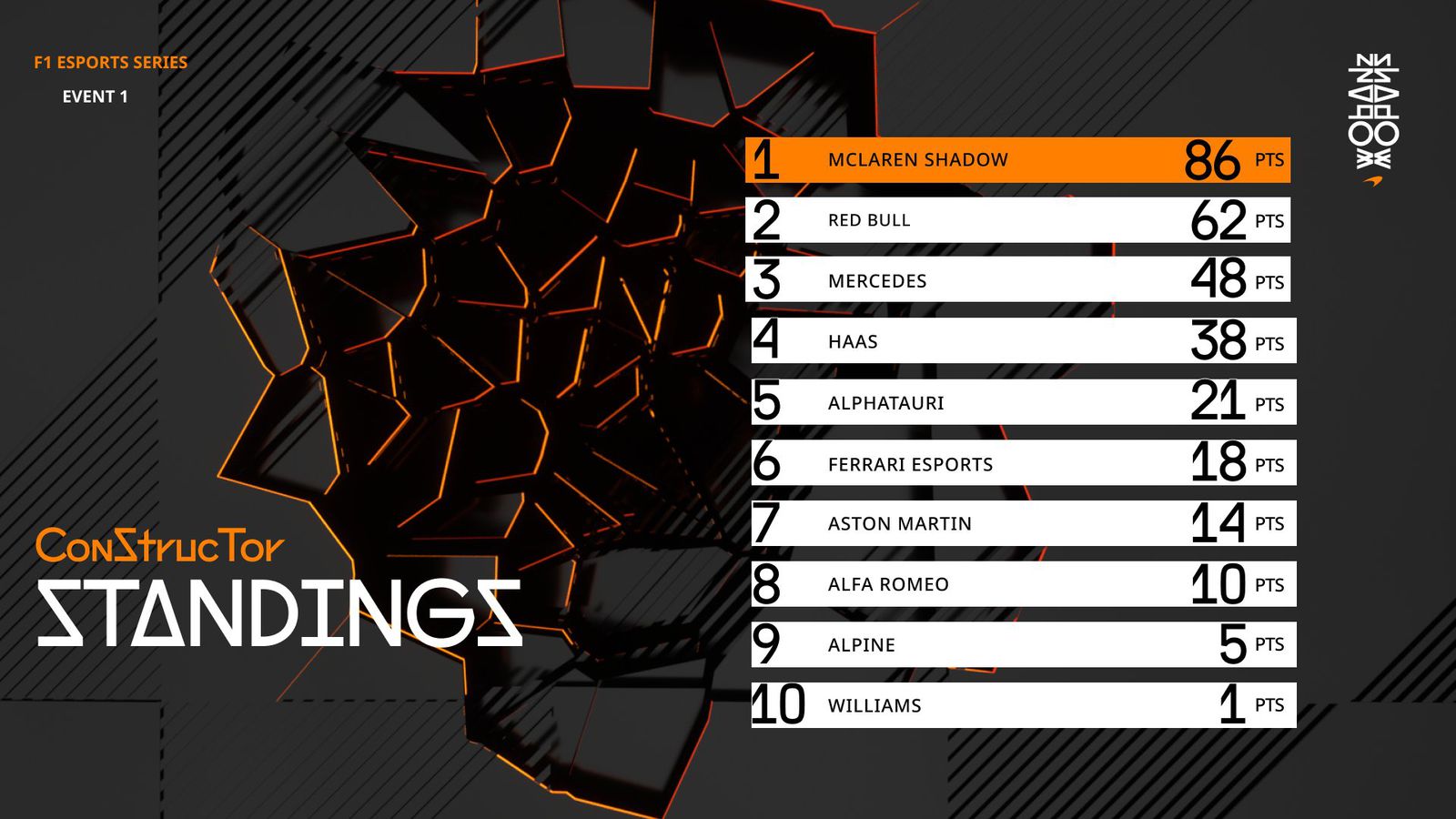 Event 2 takes place on October 12-14, where the team will be racing at Austria (Red Bull Ring), Belgium (Spa), and Netherlands (Zandvoort).