Inside our Extreme E rebuild

Inside our Extreme E rebuild

After four months of hard work, the #58 NEOM McLaren Extreme E car was back doing what it does best on Tuesday — ripping across rough terrain at high speed, with a new-look livery getting a fresh cover of grit and dirt.

Both inside and out, a lot had changed since the last time it was seen publicly for Round 1 of the season in Saudi Arabia, when a collision left the car requiring a complete rebuild. As well as the reconstruction, the car has also been fitted with an improved suspension package, and a fresh lick of paint, following the recently announced title partnership with NEOM.

Had this occurred in Formula 1, parts would already be on hand, and a sizeable crew working to a tight deadline - but Extreme E works differently.

For a start, they were working from an awning in the middle of a desert at night, with little to no lighting. So, the first job was to transport the car back to the United Kingdom, but not by truck or plane, by boat. Almost every part required is then shipped across the channel from France. The size of the team tasked with this rebuild? Just four people - three mechanics and Extreme E Crew Chief, Marc Cox. 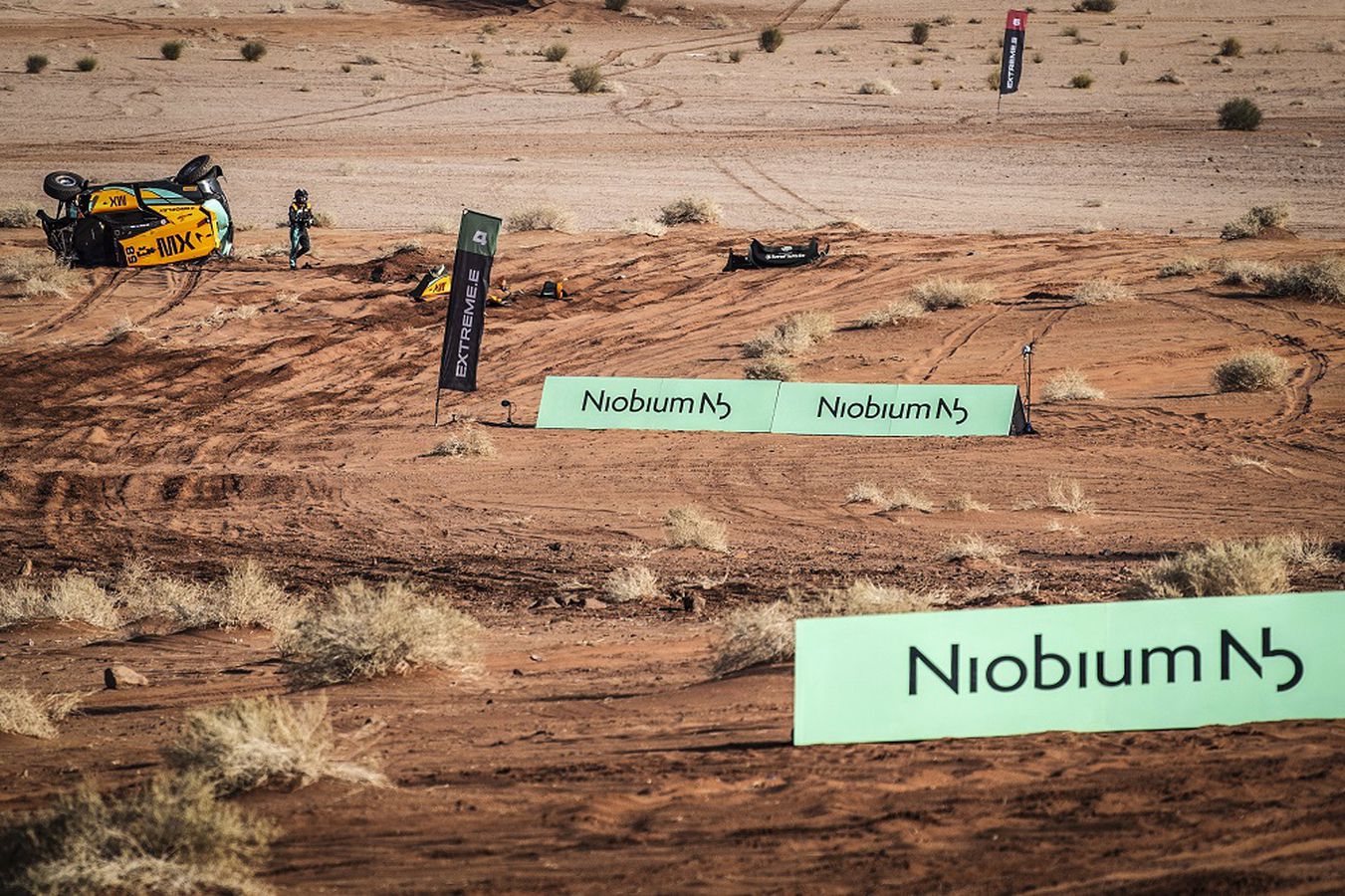 Overseeing the overall Extreme E project is Mark Grain, a 25-year McLaren veteran who is now the team's Sporting Director.

"It was a really strong first race for the team," says Mark Grain. "We won the Crazy Race and made it through to the final, and things were going well, but unfortunately, due to poor visibility, Tanner [Foust] ran into another car, which caused a big accident and ended our race. It's a shame it ended like that because we felt we were on for a strong finish.

"We quickly determined that the chassis was severely damaged and that we would need a new one, so we worked on getting the car to a state where we could move it and transport it back to Woking.

"We were lucky that there was a gap in the calendar that meant we could get everything back to Woking and work on it there, instead of a rented space somewhere else in the world, with a quick turnaround time. If this happened during practice or qualifying, then we're out of the race, simple as that. We've seen other teams have that size of accident before, and it just isn't doable."

Once the car was back in the home comforts of our Unit 2 facility in Woking, the team stripped it back to bare bones and assessed the full extent of damage in a controlled environment.

That's the easy part - the car is shedded within a day, and parts are then ordered. But after that, it’s a waiting game.

The car was rebuilt at our Unit 2 facility in Woking 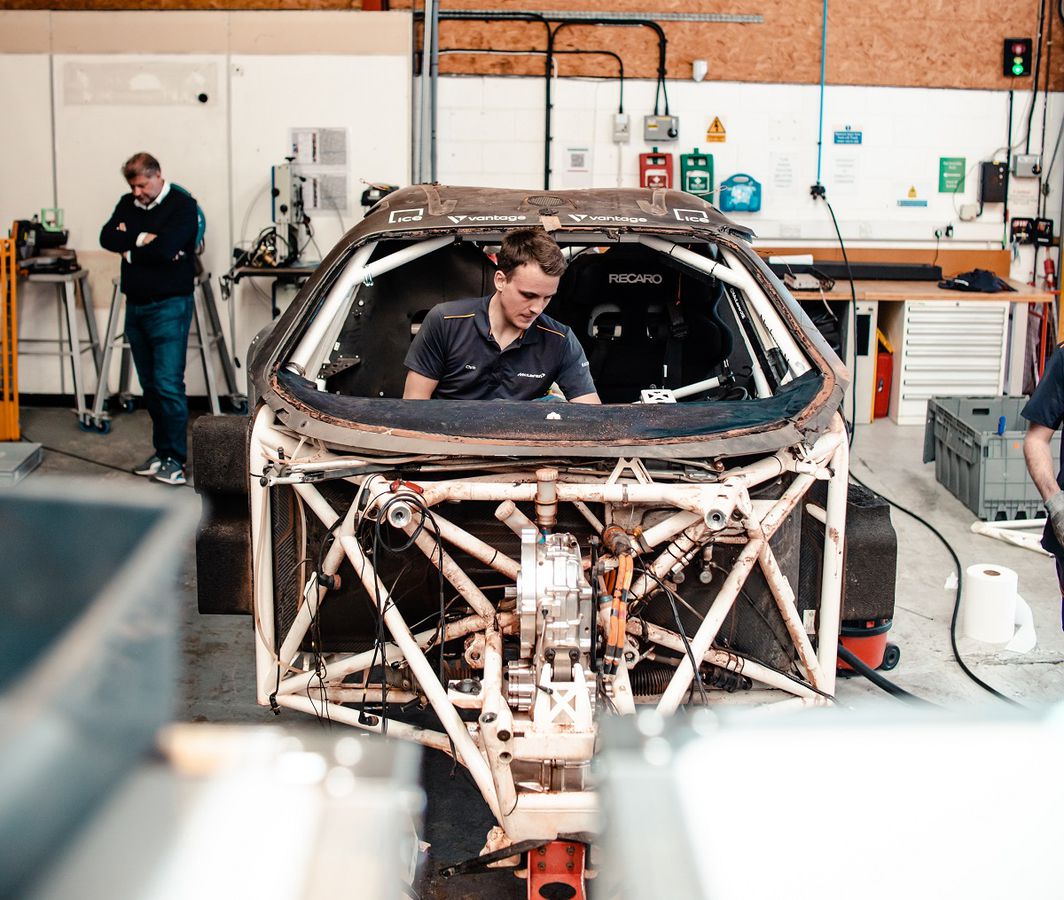 The car was rebuilt at our Unit 2 facility in Woking

Marc Cox, a former mechanic in our F1 team and now Crew Chief for our Extreme E outfit, picks up the conversation. "It's not like I'm used to, where if you need a part, you wander around to a different part of the factory, and you go and pick it up. It's a case of putting the order through and then waiting for that part to arrive."

That's one of the ways in which Extreme E differs from F1. The all-electric series is a spec championship, and each of the 2.3m wide E-SUVs – which have an output of 400kw and can produce 0.62mph in 4.5 seconds, at gradients of up to 130 per cent – require parts to be shipped in from the same outside manufacturer from Paris, Spark Racing.

"Organising the logistics of it all is the hardest part, but we set up a project timeline, giving everybody an overall view of what is going on and where we are at, which worked really well for us." 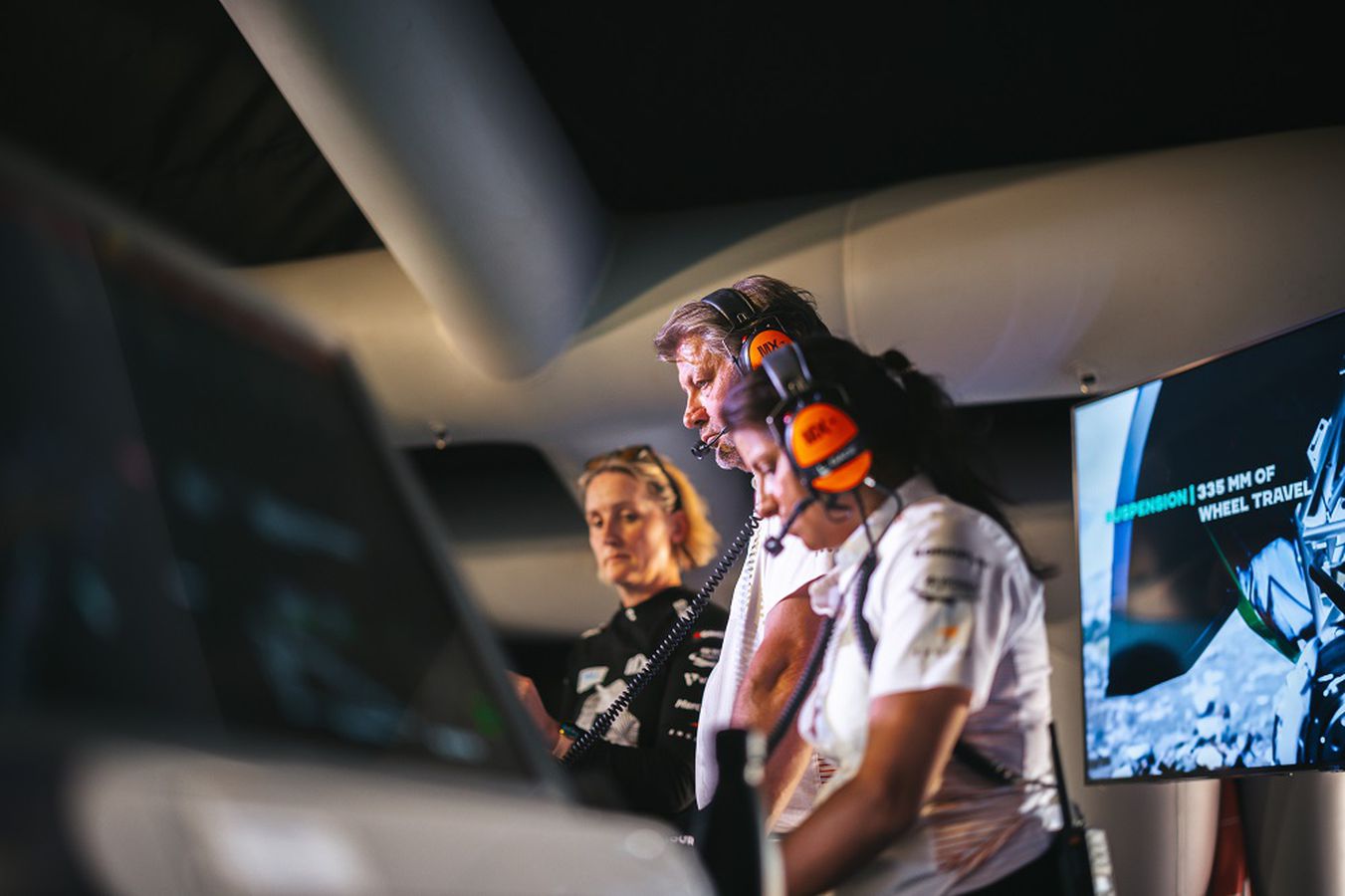 Once all the parts have arrived, and the new chassis is in place, motors and gearboxes are serviced and fitted, and that's when the fun begins.

"There's a lot of work involved," Marc Cox continues. "Wiring harnesses and hard lines, and fitting the general furniture and basic parts of the car – that's one of the most involved stages. Afterwards, it's like putting a puzzle together."

The rebuild wasn't the only plate Marc and his team were spinning. An upgraded suspension package was also being put together, as was a new-look livery to match the team's title partner, NEOM.

To a certain extent, that's where the rebuild played into their hands, allowing the team to undertake the work in a controlled environment. They could then test the car in private at a location of their choosing, and even put it on display at the McLaren Technology Centre for the NEOM partnership announcement and livery reveal.

Were it not for the rebuild, there's a strong likelihood that all of this would have taken place overseas.

As well as the rebuild, the car has also been fitted with an improved suspension package 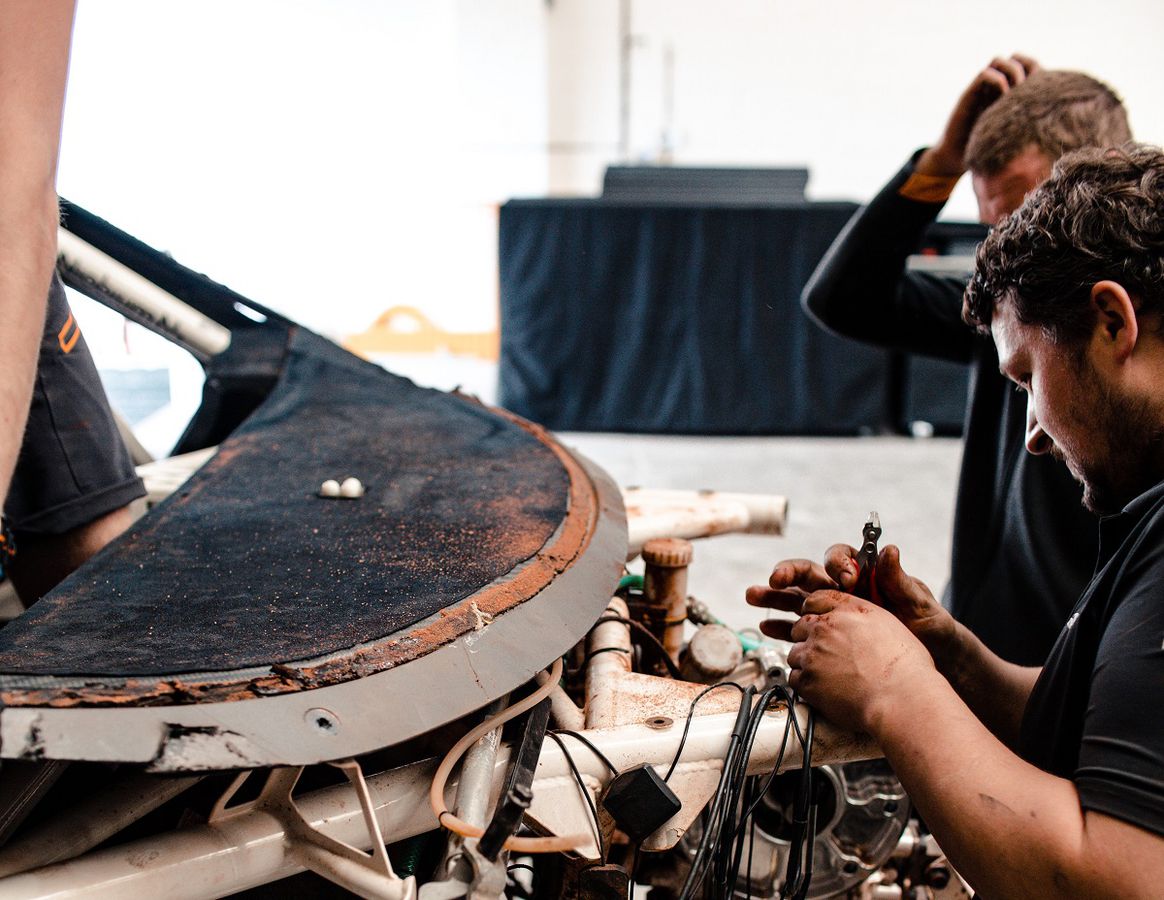 As well as the rebuild, the car has also been fitted with an improved suspension package

"There have been some reliability fixes as well," Marc Cox adds. "We've got a new suspension package, including new shock absorbers and dampers. In layman's terms, we've added beefed-up components that are tougher.

"The suspension has different qualities and characteristics, which will increase reliability and better racing. We were then able to put all of this to the test, including the new livery, with Emma [Gilmour] and Tanner.

"The test was incognito because the NEOM announcement wasn't public yet, but we wanted to try out the new livery in action to see how it looked. That, and we had to work around a schedule with the guys who do the wrapping and when they are available."

The length of Extreme E tests is governed not by the number of days or hours, but by an allotted amount of power. There was a lot of ground to cover – literally and figuratively – but the team managed to tick off everything with 2% remaining.

It's safe to say every ounce of man and machine power was maximised. 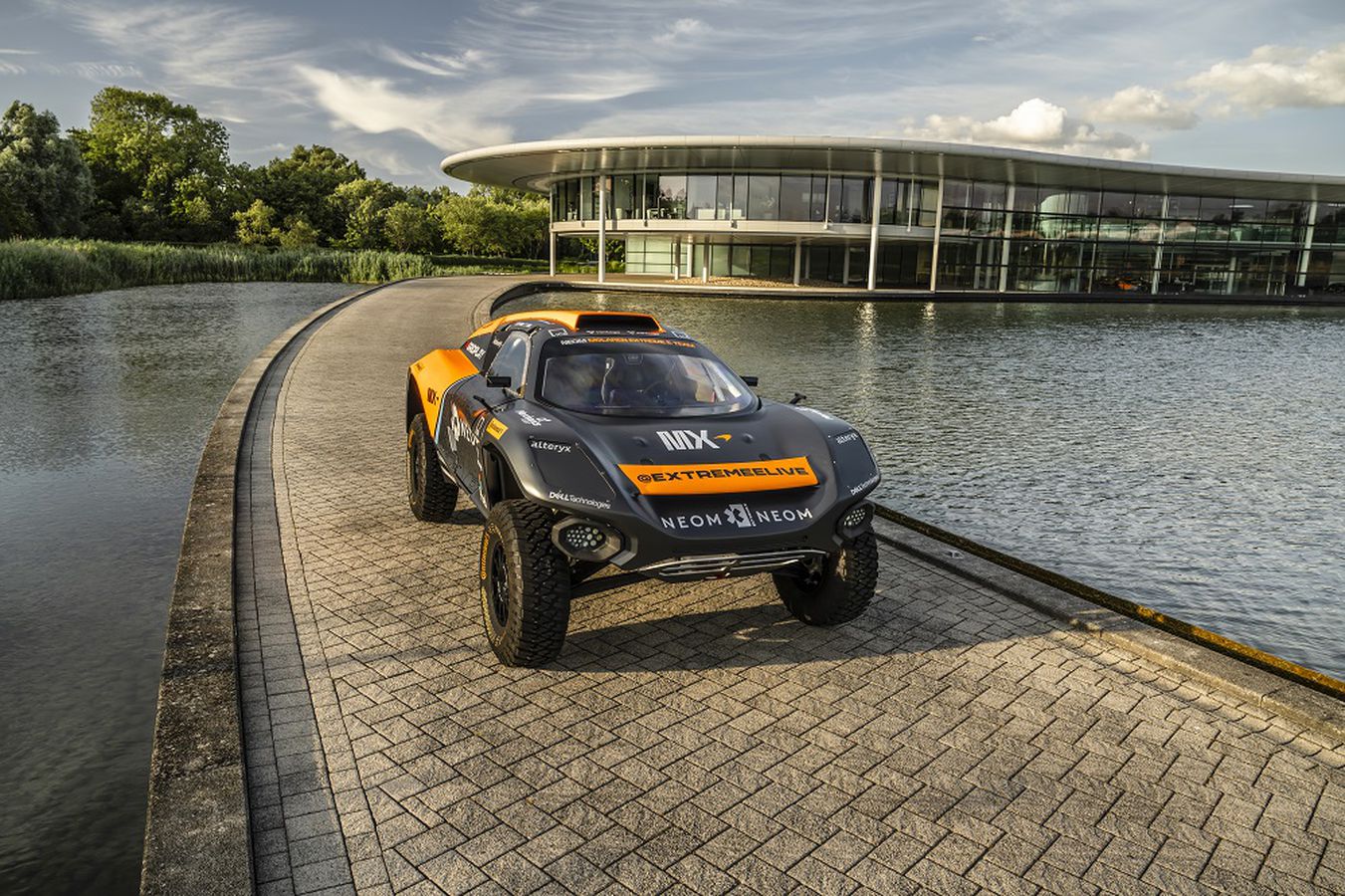 "A lot of effort went in from everybody," Marc summarises. "It's such a small team, and such a new team as well. There's only four of us, and we’ve all had to go outside of our remits at times, but everyone has done that and worked together well."

Mark Grain adds: "Our Extreme E programme only really started last October, so it's been a big effort even to get this up and running in time to board the ship in January. We've had our challenges so far, challenges out of our control, but the team have reacted to all of them and fixed them. A lot of effort has gone in from everybody, and I think it's important to highlight that."

A tough second round of the  Extreme E season concluded in Sardinia on Thursday, but the team won't have to wait long to get back out onto the terrain, with the third event set to take place on July 9-10. Check out our preview for all the key info, including times, where to watch, and quotes from Tanner and Emma.

"We're itching to get going together as a team once more"