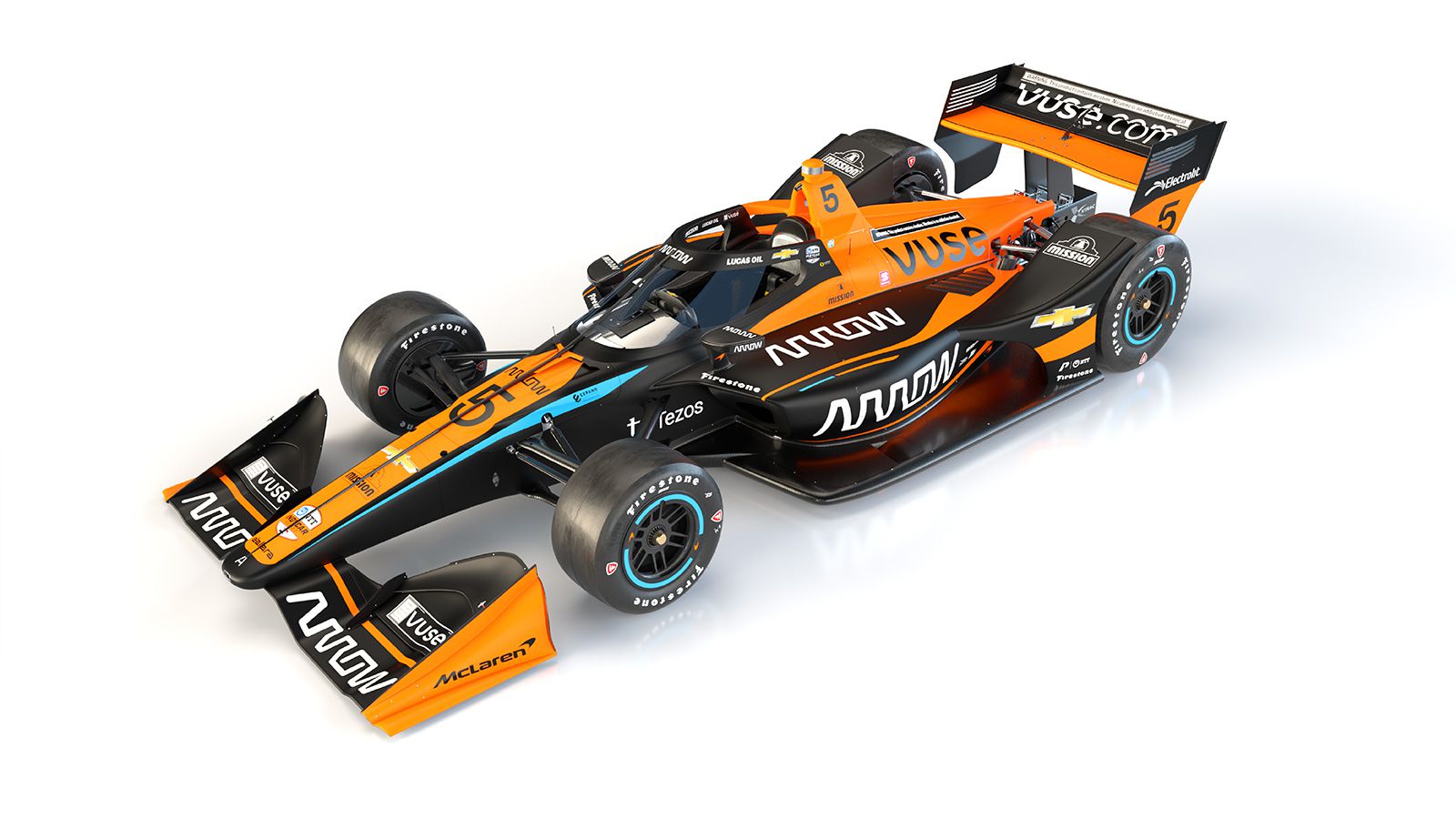 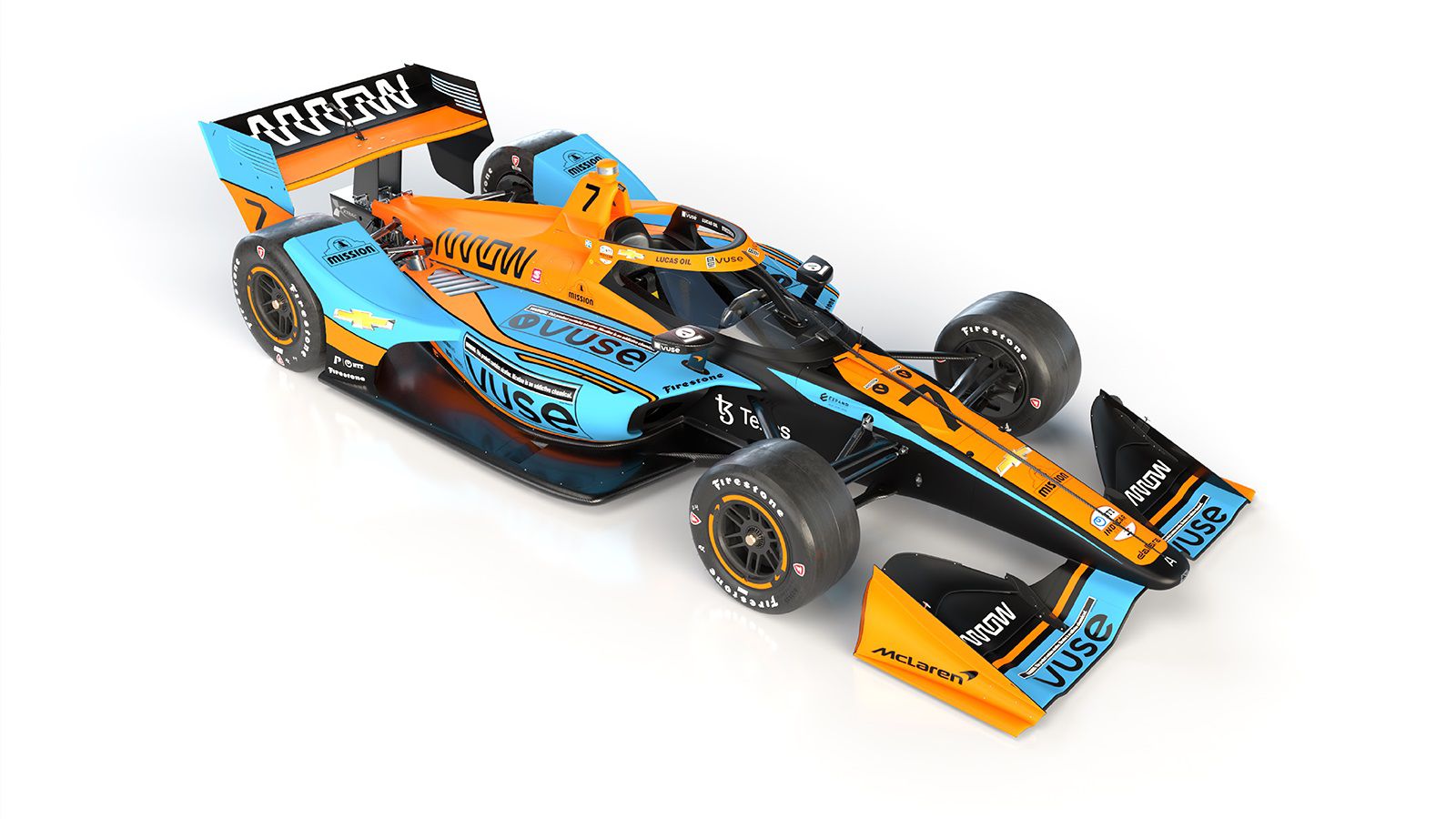 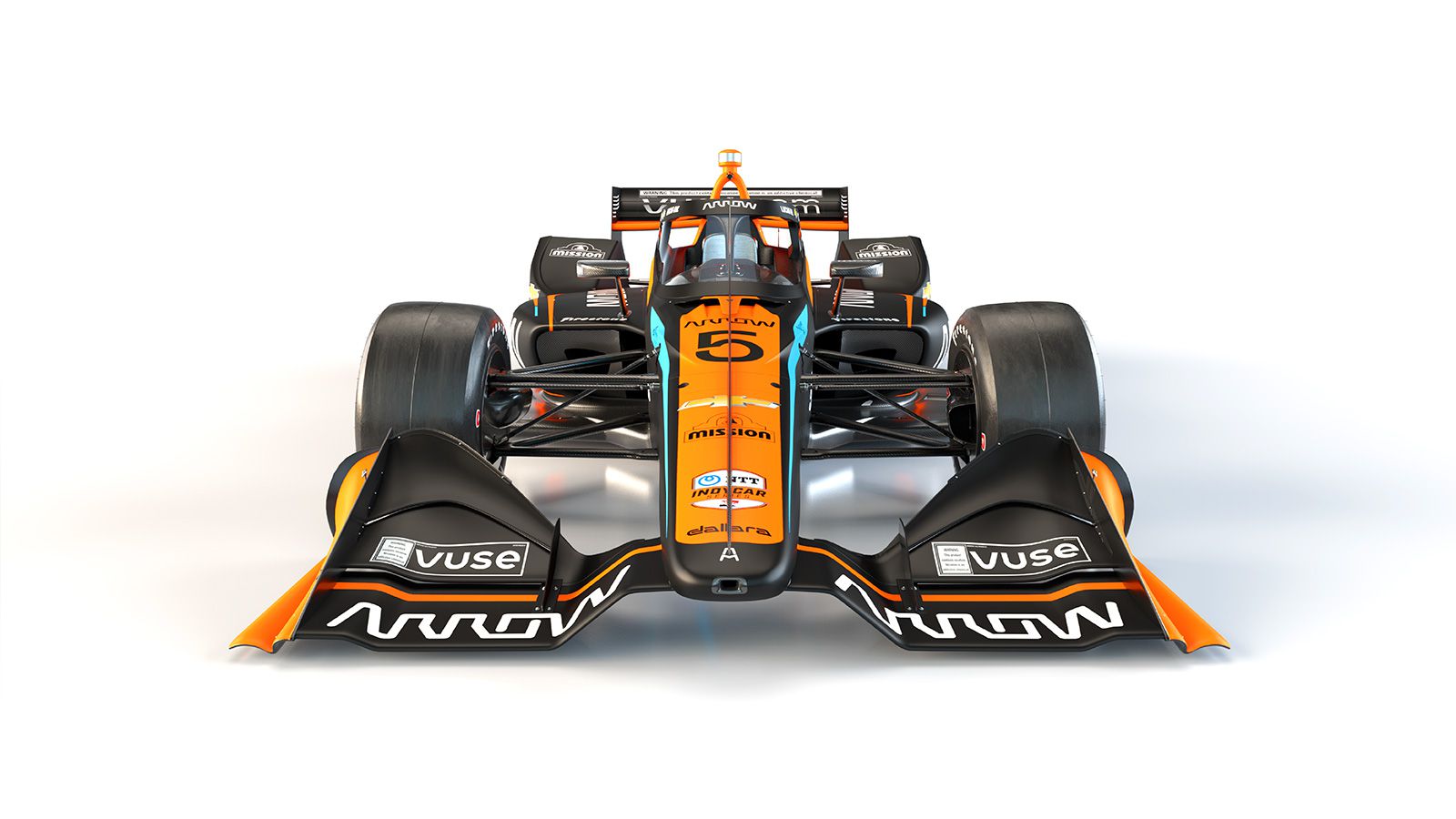 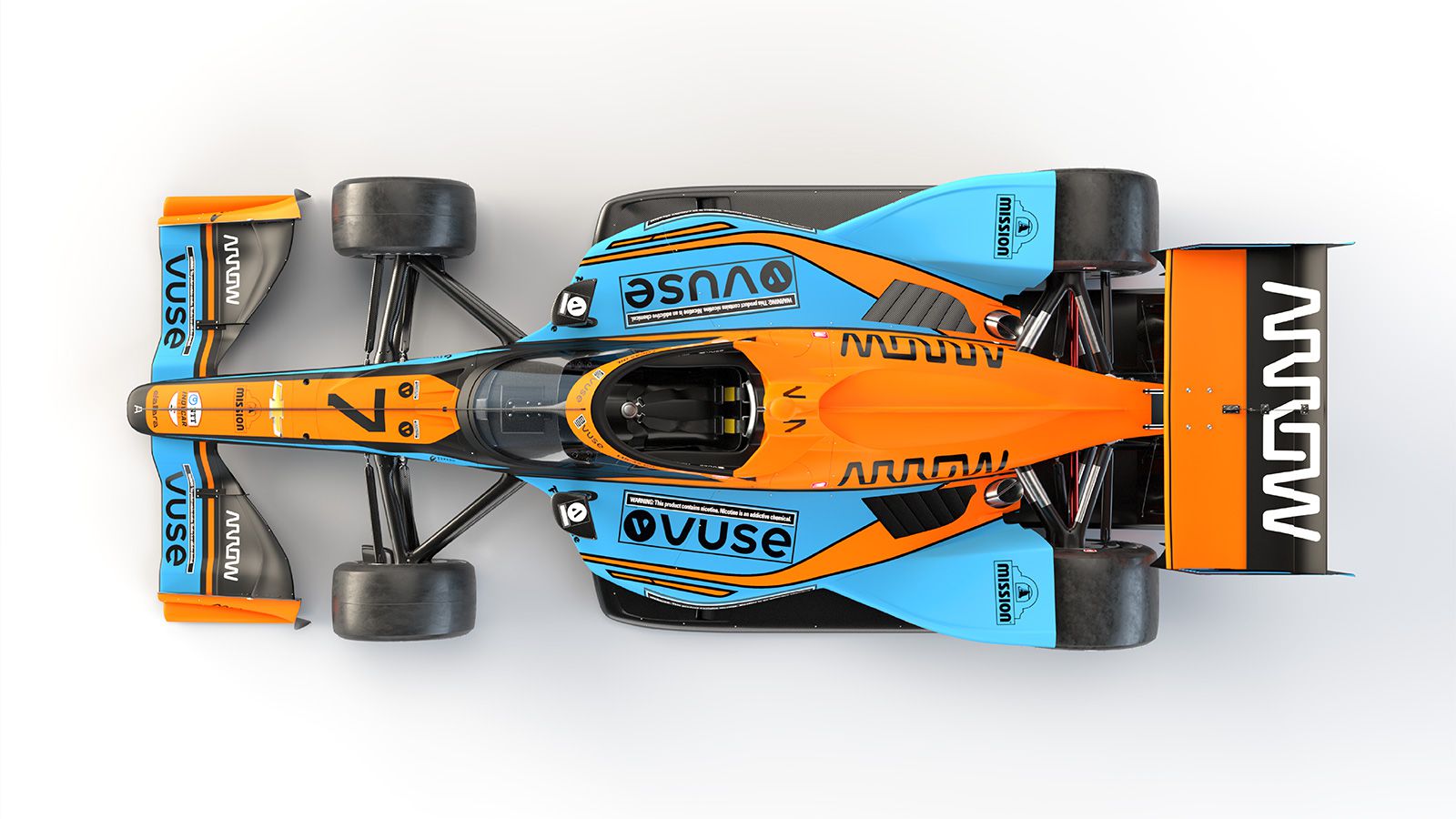 22-year-old O’Ward enters his third full-time season in INDYCAR with Arrow McLaren SP, following a breakout season in 2021 where he scored his first two race wins in dramatic fashion. The first on the oval at Texas Motor Speedway and the second on Belle Isle in Detroit, where he dedicated the victory to his injured teammate Felix Rosenqvist and the late Mansour Ojjeh.

Rosenqvist, the 30-year-old from Sweden, returns for his second season with the team, after a debut year featuring numerous ups and downs. He will look to capitalize on the potential shown by the No. 7 team in the second half of last season.

The team gave a first glimpse of its Chevrolet-powered entries today, with both cars featuring the exciting new Fluro Papaya and blue colors featured across McLaren Racing cars in INDYCAR, Formula 1 and Extreme E.

The No. 5 Arrow McLaren SP Chevrolet continues to feature the branding of team title-partner Arrow Electronics, with the popular black and papaya color scheme, including splashes of blue throughout the car.

The No. 7 Vuse Arrow McLaren SP Chevrolet continues to be backed by Vuse, marking its third year in partnership with the team. The No. 7 features an eye-popping blue and papaya livery with hints of black.

Together the two cars will complement each other on and off the track, like the complimentary driver lineup of Pato and Felix.

Arrow McLaren SP takes to the track for the first time at the Firestone Grand Prix of St. Petersburg on February 27, where both drivers will look to make a strong start to this year’s NTT INDYCAR SERIES season in sunny Florida. Follow along with Arrow McLaren SP all season on Twitter, Facebook, Instagram, TikTok and YouTube at @ArrowMcLarenSP.

“The start of the season is always one of my favorite times of the year because all the hard work that Arrow McLaren SP puts in during the winter finally gets to hit the track in St. Petersburg. The team saw some success in 2021, with two wins and five podiums, but we always have room to build on that and compete consistently for wins and the championship.

"We have a talented driver lineup returning with Pato and Felix, who have formed a great bond both on and off the track. The team has put a great amount of focus into ensuring that we have two cars that can compete at the front of the field next year. We need both drivers challenging for wins if we want to take that next step toward becoming one of the elite teams in INDYCAR.

"McLaren Racing acquiring the team was a historic moment for Arrow McLaren SP and it is great to see a consistent look across all three teams in INDYCAR, Formula 1 and Extreme E. It means we will be recognizable to fans, no matter what series they are watching. McLaren has really invested in this team in a big way.

"Arrow Electronics also made a long-term commitment to the team last year, and I can’t speak enough to how important they are as a title partner. They are an integral part of the team, both competitively and commercially. Vuse is back on the No. 7 car and I’m looking forward to seeing how they activate in the series this year, as they have always created exciting opportunities and activations for fans. It’s going to be a great year.”

“I am going into my third full season of INDYCAR racing this year, coming off a strong run in 2021. Every year, Arrow McLaren SP and I keep raising the bar for ourselves, and I plan it to be no different in 2022. We have another shot at the Indianapolis 500 this year and plan to be in the fight for the championship from the start.

“I’ve had a very active offseason, making sure I’m in tip-top shape and ready for the challenge ahead. The season is coming at us quick, and I’m feeling really motivated and determined to make this year the best one yet, while also enjoying it with the great people around me on the No. 5 Arrow McLaren SP Chevrolet team.

“I don’t have any expectation that this year will be easy. Bring it on and let’s see what we can do. I will be giving it absolutely everything in and out of the car so we can make the best out of 2022.”

“Going into 2022, there is a different side of me that is very driven and ready to get started. I’m definitely looking for some redemption after last year, which is the best motivator. There are plenty of reasons for Arrow McLaren SP to be excited, given where we were last year to where we are now. This team is constantly changing and looking to get better, especially with the integration of McLaren which helps us take steps forward every day.

"I’m really looking forward to going back to Toronto this year which will be really cool because we haven’t been there in two years. The Indianapolis 500 is always the highlight and this year I feel like the No. 7 Vuse Arrow McLaren SP Chevrolet team will be strong at the Indianapolis Motor Speedway. It is still early, but this year I feel very prepared heading to May, specifically, so I have high hopes for that race.

“The NTT INDYCAR SERIES offseason is always a long one, so getting back on track will be really special. I am excited to get back in the car to test and see how the car feels but also how I feel physically and mentally. It’s time to see if the things we worked on in the offseason will pay off.”

“We are proud to be long-time title partner of the Arrow McLaren SP team as we continue to strive towards our ultimate collective goal of challenging for the championship. Arrow Electronics is embedded in the team through technology and innovation, so we have shared in the progress firsthand and 2022 will be another step forward. We look forward to continuing to win together on and off the track.”