Got your pass? Check. McLaren kit? Check. Okay, good, now switch off your phone and follow us through the glass doors and into the Paddock Performance Centre. Grab a coffee on your way in, and we’ll get started with our engineering briefing for the Canadian Grand Prix.

Cédric Michel-Grosjean is leading this weekend’s briefing, and there’s plenty on the agenda.

After two rounds of street racing, we've arrived at a slightly more traditional track in the Circuit Gilles-Villeneuve. This semi-permanent, part-street track hasn't been raced on by Formula 1 cars since 2019, so we've little data to go off, making these practice sessions key. Given the importance of confidence here, we'll need your help to ensure the drivers are as comfortable as possible.

Take notes if you need them, but please keep them to yourself.

There are many things to learn during practice at the Circuit Gilles-Villeneuve but the item most on everybody’s mind is the state of the surface. We’ve not been here since 2019, so we don’t have a lot of data – and the cars are very different now to how they were then.

We’ll try to do a lot of laps across practice. We have a lot to understand, and it’s useful for data-gathering in that respect – but the drivers haven’t been here in a while, and this is a circuit on which confidence plays a big role in delivering the lap-time.

Of course, these questions really need a dry session to be answered properly – and we’re not sure when or if we’ll get dry sessions this weekend. The weather model is constantly changing, which makes planning very difficult – but we do know there is bad weather around.

What we can say is that investigating all of the below becomes compromised with a wet track: the rain tyres behave very differently, but also, the car is travelling slower: it isn’t quite so excitable over the bumps and kerbs; and the learning we would get is not as representative – but sometimes we just have to take what we can get! 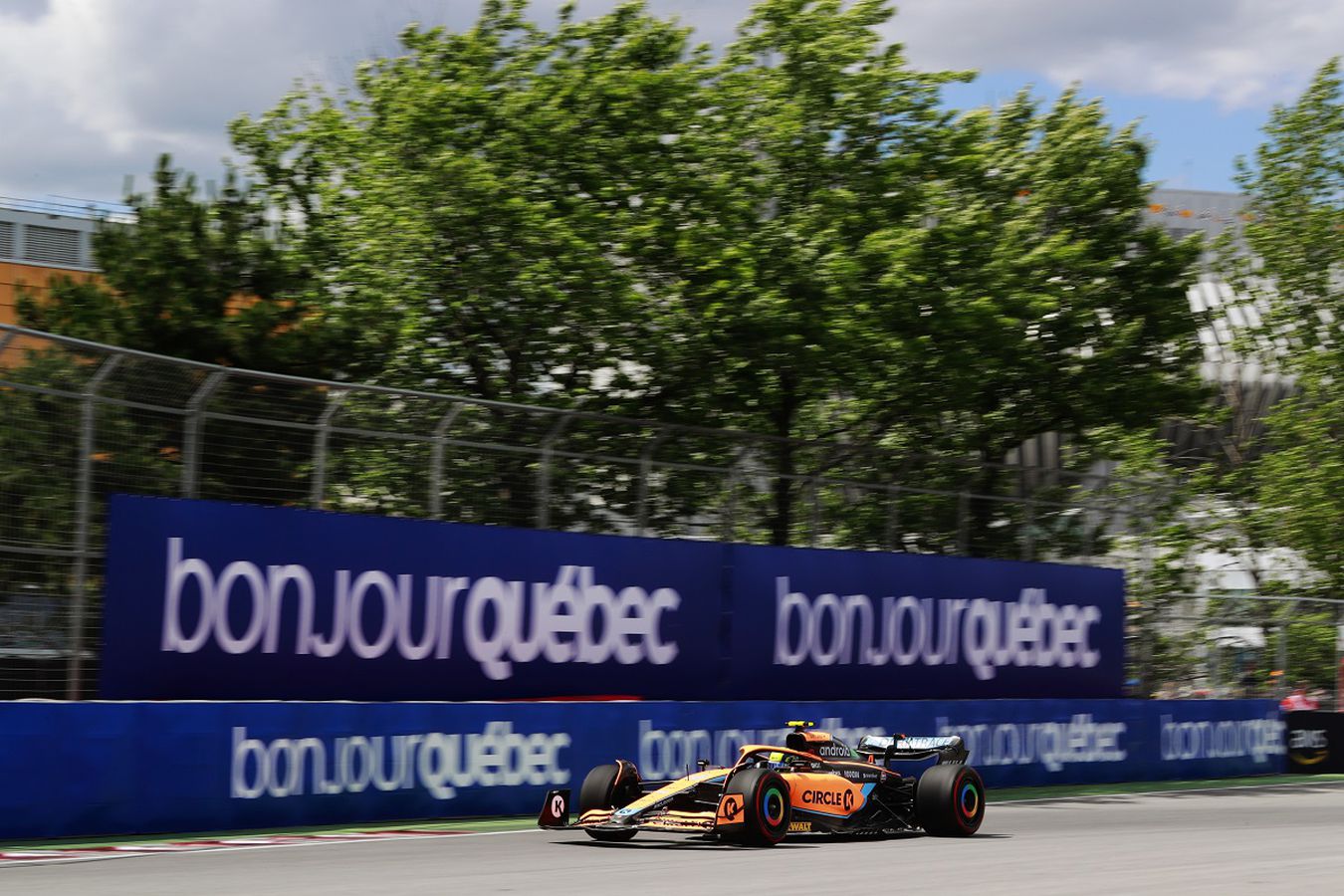 The primary thing we need to discover is how bumpy the track is. We know it was very bumpy in the past, and we don’t believe there’s been any major resurfacing since we were last here. So, in between two very cold winters and two very hot summers, it may have degraded even further – so we don’t really know where it will be.

It’s significant because, as everyone knows, bumps with this generation of cars are difficult to manage: we want to run as low and as stiff as possible, especially at the rear, so the risk of porpoising is high – as was the case in Baku last week. The problem is the bumps excite the porpoising mode, and you carry this into the braking zones.

Aside from the discomfort, this can upset the drivers’ driving style, and it’s not ideal for front and rear tyre locking.

With only a few days since the last race, there aren’t any significant new parts on the car. The demands of Montréal are different to those of Baku, and so we’ll be going back to the medium downforce rear wing we ran at the start of the season.

Obviously, over the last few races, we’ve seen the car at maximum downforce in Monaco, and then at low downforce in Baku. Montréal is somewhere in the middle: there’s a lot of low-speed and during that time this wing has evolved and been refined, so it will require some study during practice. 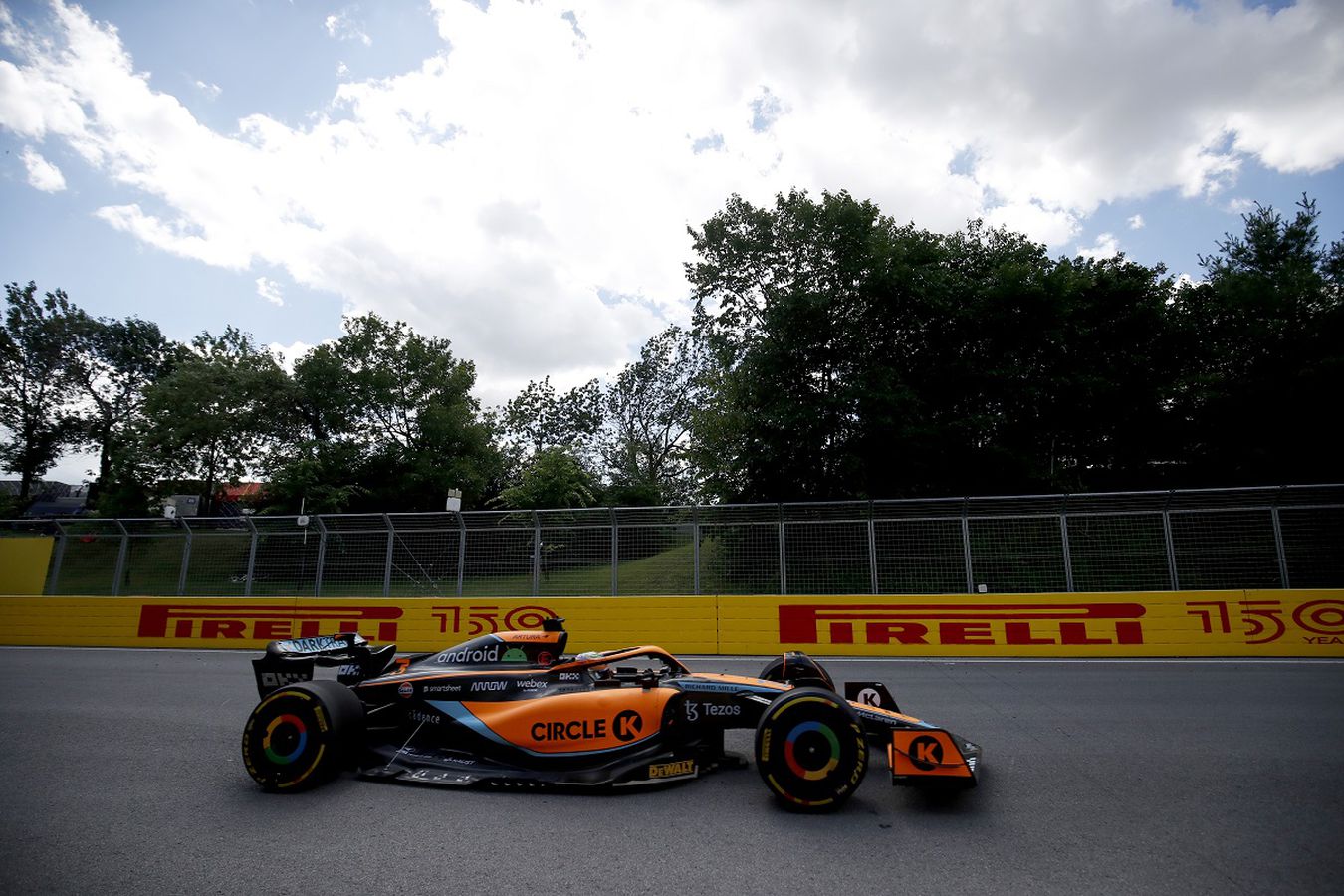 We’re using the same tyre allocation as supplied in Baku and Monaco, and the thing we’ll want to study during practice is high-fuel pace, because this is a circuit where following is quite easy, and overtaking will be possible – but that doesn’t make qualifying irrelevant.

We’ll want to learn about doing a good out-lap, not putting too much energy into the rears, because we don’t want them stressed before the start of the lap as this will create problems towards the end of the push-lap.

The Circuit Gilles-Villenueve is also famously tough on brakes. There’s a high following allowance, and three DRS zones. The latter are significant because, if the car is in a DRS train, it both loses some airflow, and also arrives in each braking zone a little faster, increasing the energy input into the brakes.

We need to have some margin on the brakes to ensure they are properly cooled, even under the most difficult conditions. Figuring out how much margin we need is always a significant item on the practice programme at this circuit.

The kerbs here are interesting too. You have to ride the kerbs through the chicanes – because cutting the corners gains lap-time, and going around loses too much time, and doesn’t set-up the next straight. It’s a tricky thing to judge how much kerb you need to take – but laps will help the drivers get familiar with that.

The game, of course, is to run as stiff as you can – but too stiff and the car can react badly to the kerbs, jump off and have poor throttle pick-up coming out of the corner and be slow down the next straight. Practice will help the drivers figure out how they can cope with it.

Briefing complete. Time for Lando and Daniel to head out onto the track so that we can collect some data and put our hard work to the test.

Why we can't wait for Canada

"Montreal is a great city and there's always a brilliant atmosphere"

Exclusive behind the scenes access from the Azerbaijan GP