"Nothing beats a home crowd, and the Australian fans are some of the best in the world"

"Nothing beats a home crowd, and the Australian fans are some of the best in the world"

G’Day! We’ve had some pretty big Australian Grand Prix adventures in the past but never before with quite so much expectation as we’ve got with Daniel gearing up for his first home grand prix as a McLaren driver. The final elements of the team are currently arriving in Albert Park to be assailed with the sort of goodwill and encouragement that puts a bounce in the step of even the most jet-lagged mechanic.

Not that anyone ever needs the extra motivation in Melbourne. It’s just a fabulous, fun place to go racing. The park is rammed with passionate spectators, they’re rewarded with a schedule featuring track action from dawn ‘til dusk and there’s always something to see or do. This is a racing town, and it’s infectious: so much so the crew with often dodge the minibus home and take a walk (or a run) around the lake, through the multitude of paddocks holding all manner of GT cars, historics, and single-seaters, back to the hotel. We are the very model of a modern major motorsport – but this always feels like a proper old-school grand prix. The events of 2020 were a shock to the system, and being unable to return to Australia last year was hugely disappointing – but we’re ready and raring to make up lost ground this weekend in Albert Park.

“I’m looking forward to getting out on track in the new car in Melbourne, especially with the changes they’ve made since we last raced there three years ago. I’m excited to see what progress we can make. It’s a special race for me, as I made my debut there in 2019 and with the pandemic, we haven’t raced there since, so I've been working hard in the sim to get back up to speed with the track, especially with the new changes.

“The race in Jeddah showed the small steps we’ve made but we’ve still got a long way to go. The points were a nice reward for the team’s hard work. As a team, at track and back at the factory, we’re working hard to develop the car and unlock more performance, but we know we’ve got a long way to go.”

“It’s good to be home! I am beyond excited to get back out on track in Melbourne. Nothing beats a home crowd, and the Australian fans are some of the best in the world. I’ve been back in Perth since the Saudi Arabian Grand Prix, and I feel rested, prepared and excited to get stuck into one of my favourite weekends of the year. It will also be great to try out the new layout for myself, particularly the sweeping right hander as it seems fast.

“The end to my race in Jeddah was frustrating but it was encouraging to see how the team’s hard work is starting to pay off bit by bit. There were a lot of positives to take out of the weekend and I’m a lot more comfortable in the car. We still have a long way to go, and we’re focused on the task at hand. Let’s get back out there, fight as hard as we can and hopefully put on a bit of a show!”

“The team and I are excited to be back in Australia after a few years, especially with the significance of it being Daniel’s first home race with McLaren. There have been some significant changes to the track since we last raced here back in 2019, with the widening of the entry to some corners and changing the old chicane to a fast-flowing right hander. It will be great to see how the new regulation cars respond to this as it should make for exciting racing and good on-track battles.

"The Australian Grand Prix is always a great but trickier race when taking into consideration the jet lag and logistics of racing so far from our base in Woking. But the global stage is one of the reasons why F1 is so exciting. We’ll keep giving everything and do what we can to maximise our result in Melbourne.”

However much he personally might find the prospect a little bewildering, this is the Daniel Ricciardo Grand Prix. Daniel made his weekend debut in Albert Park, driving FP1 for Toro Rosso in 2011. His bagged his first F1 points the following year, finishing ninth (having made his race debut at Silverstone, for Hispania, halfway through 2011), and has a best finish of fourth, recorded in 2016 and 2018 with Red Bull Racing. He did start and finish second for Red Bull in 2014, but was disqualified post-race for a technical infringement. That was a happy day for McLaren, as it elevated Kevin Magnussen to P2 and Jenson Button to P3… but moving swiftly on.

Having usually played host to either the first or last grand prix of the year, Australia is notable for milestones. Ayrton Senna took his final victory at Adelaide in 1993, driving for McLaren. David Coulthard had his final victory (counter-intuitively) in Albert Park at the first race of 2003. Alain Prost won his second Drivers’ Championship for McLaren in Adelaide in 1986, following Nigel Mansell’s famous tyre failure and, in rather less dramatic circumstances, the team won the Constructors’ Championship at the final round in 1991. Finally, Lando made his race debut at the 2019 Australian Grand Prix, joining a long line of drivers to take their bow in Albert Park. 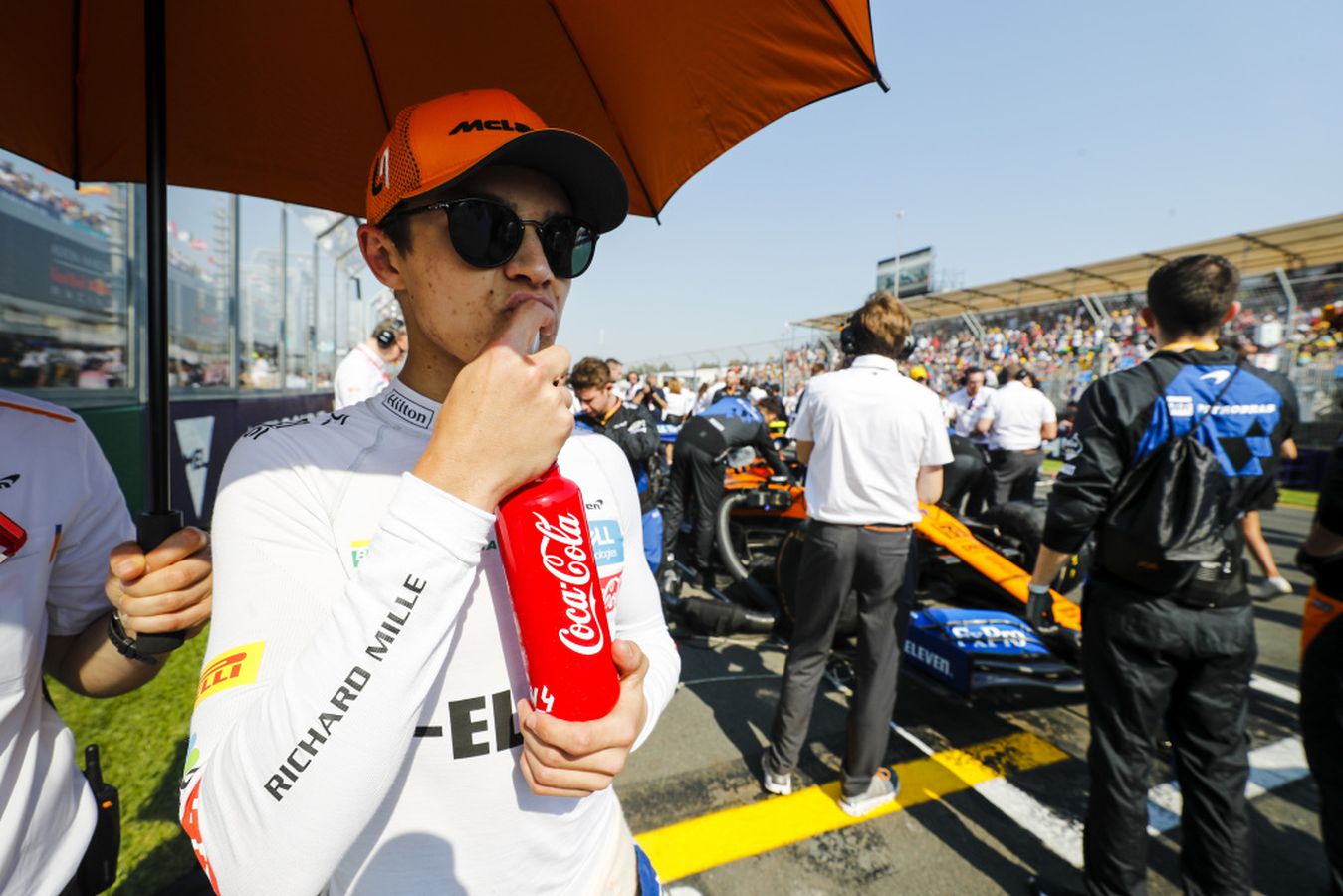 Since Albert Park first appeared on the F1 calendar in 1996, it’s had a reputation as very much a ‘one-line’ circuit with little in the way of overtaking. The driver in pole position has won nine times, and failed to finish in seven more.

This year it’s really all about the track. The circuit hasn’t really been touched since the race first came to Melbourne in the mid-1990s, and… well… it wasn’t exactly the smoothest. Decades of hammer from everyday traffic had given it more than a few lumps and bumps and, in compliance with universal laws of irony, those tended to appear exactly at the braking point for any of the high-speed corners. This led to a legion of sore, grumpy drivers and very expensive racing cars with a propensity to turn into high-speed boogie boards – and with about as much control.

The idea of running these ultra-low cars on that track would have doubtless brought tears of joy to the carbon fibre industry – but just tears of the other kind to our composites techs. Fortunately (for Stan and Simon in our garage), the track has had its first full resurfacing this year. And following the logic of in for a penny, in for a pound along with the resurfacing, we’ve also had the track reprofiled to make it rather less processional. Turns One, Six and the penultimate corner are all widened, but the big change is the Turns 9-10 chicane has been removed. The track will be around five seconds quicker as a result – but the real intention is to present a genuine overtaking opportunity into the old T11 – which is now T9. To that end, this new ‘straight’, also gets DRS.

Daniel was one of the drivers consulted on the track changes. He’d like to make it known that, if the race is brilliant, it’s all his work...

There’s only one driver to support this weekend and it’s… Lando Norris, no, come on, this is Daniel’s weekend and we’ve got a brilliant DR3 Australia Range available just for you. It’s new, it’s purple, and its exclusive to this event. 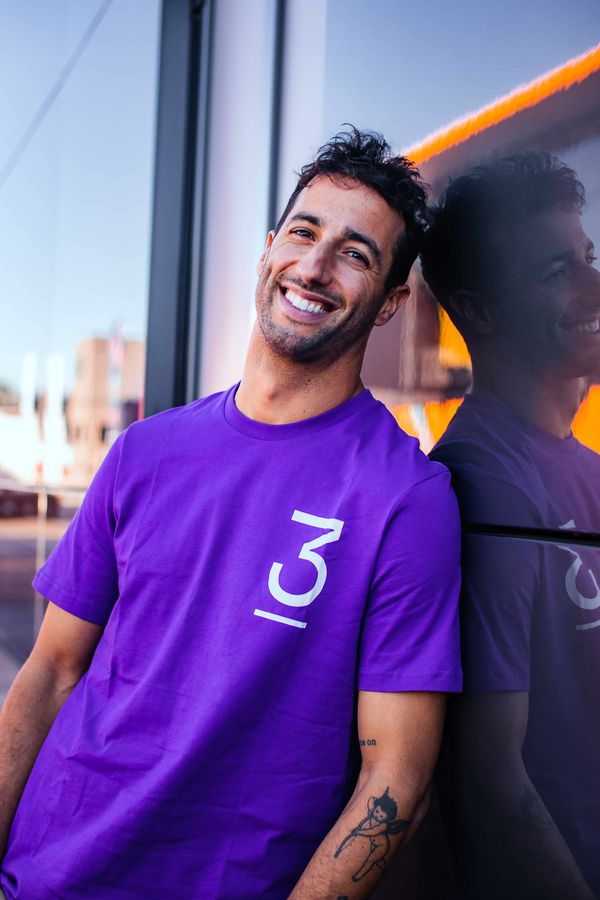 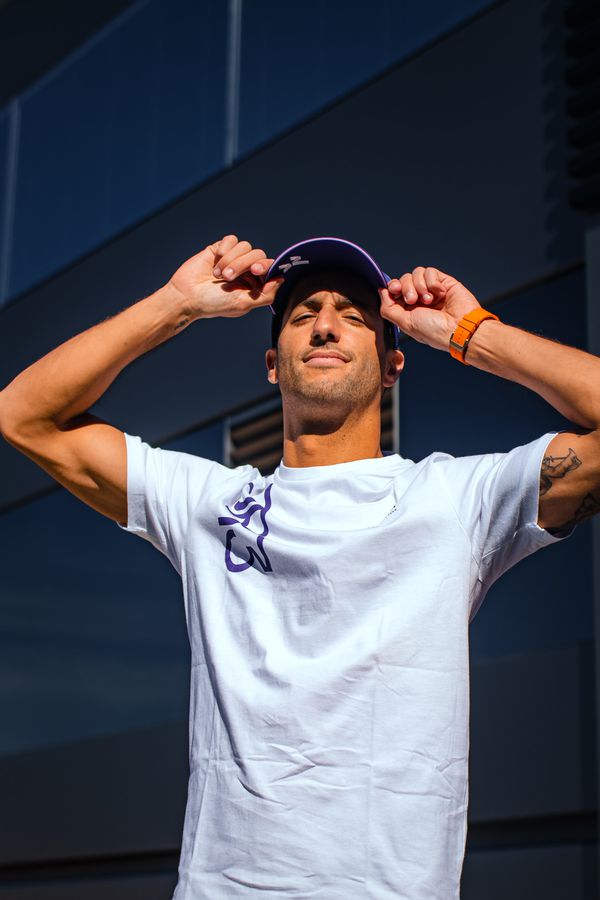 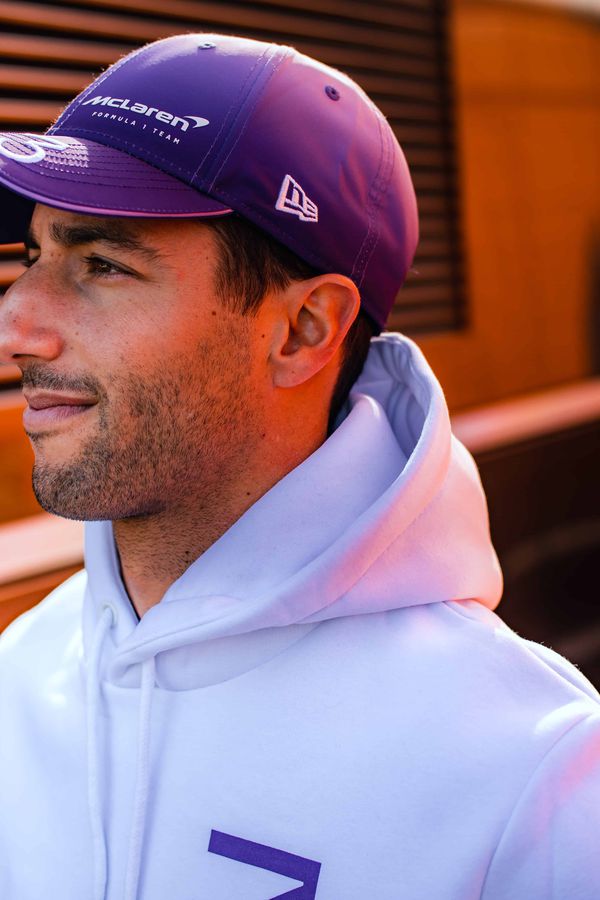 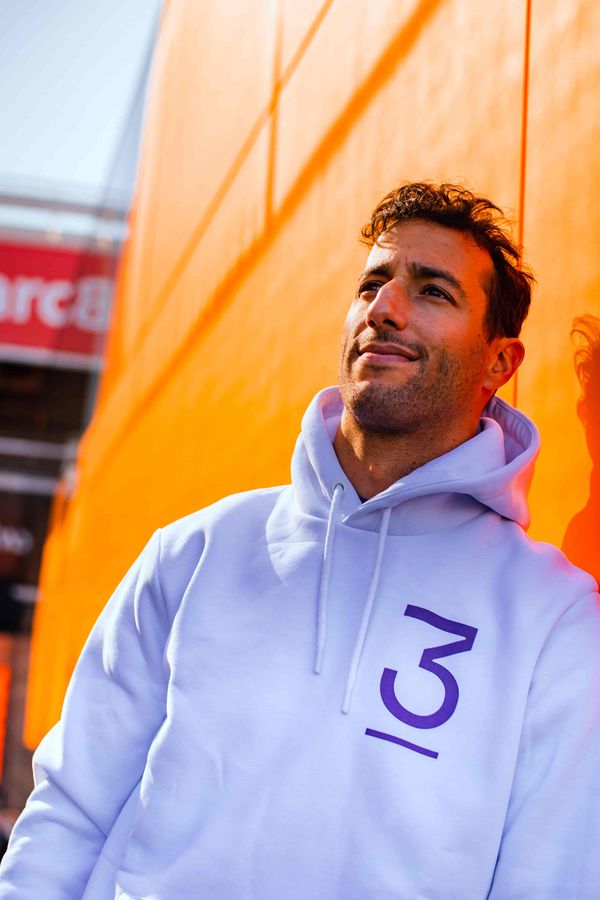 While it’s all eyes on Albert Park this week, looking down the track, everyone in F1 has the debut of the Miami Grand Prix circled on their desk calendar – quite possibly using a non-official glitter pen. Several years in the making, it’s going to be a huge event, an enormous party and, thanks to our good friends at Hilton, we’re inviting five lucky McLaren Plus members to join us for it.

Our winners will each get a three-night stay at the spectacular Miami Downtown Hilton Hotel, for themselves and a friend, and a pair of tickets in the McLaren Grandstand for the grand prix (so, you’ll be among friends). They will also receive an invitation to an exclusive Drive to Survive event, hosted by Hilton and Neflix, with Lando, Daniel and Zak Brown in attendance, along with producers of the hit show.

Simply complete the entry form to be in with a chance to win the experience of a lifetime! If you want to wear aviator shades and a white linen suit with the sleeves rolled up like Don Johnson… well that’s entirely up to you.

McLaren Plus is the most inclusive, rewarding and accessible fan programme anywhere in Formula 1. You’ll receive unparalleled access to the team, giveaways and enough exclusive offers to make fans of other teams purple with envy – but not a shade of purple as stylish as the one on our new DR3 Australia Range. And the best thing, it’s completely free. So… y’know… in the words of Tourism Australia, where the bloody hell are ya?

"We recognise our responsibility to provide solutions to sustainability challenges"