The engineering room – Presented by DataRobot

The engineering room – Presented by DataRobot

Got your pass? Check. McLaren kit? Check. Okay, good, now switch off your phone and follow us through the glass doors and into the Paddock Performance Centre. Grab a coffee on your way in, and we’ll get started with our engineering briefing for the Abu Dhabi Grand Prix, presented by DataRobot.

It's the final round of the season and that means that free practice won't be entirely focused on 2022, with some testing that relates to next season taking place. But for the most part, we'll be focused on the upcoming race, our second on the new Yas Marina Circuit layout, which was updated ahead of last year's grand prix.

With the race taking place during sunset, and the first and third practice sessions occurring during the daytime, the importance of FP2 – the only comparable session timewise - is increased. The Abu Dhabi Grand Prix is also highly likely to be a one-stopper, which means that choosing the fastest, most durable tyres will be crucial.

Tom Stallard is leading this week's engineering briefing and will explain and simplify all of the key info. Take notes if you need them, but please keep them to yourself. 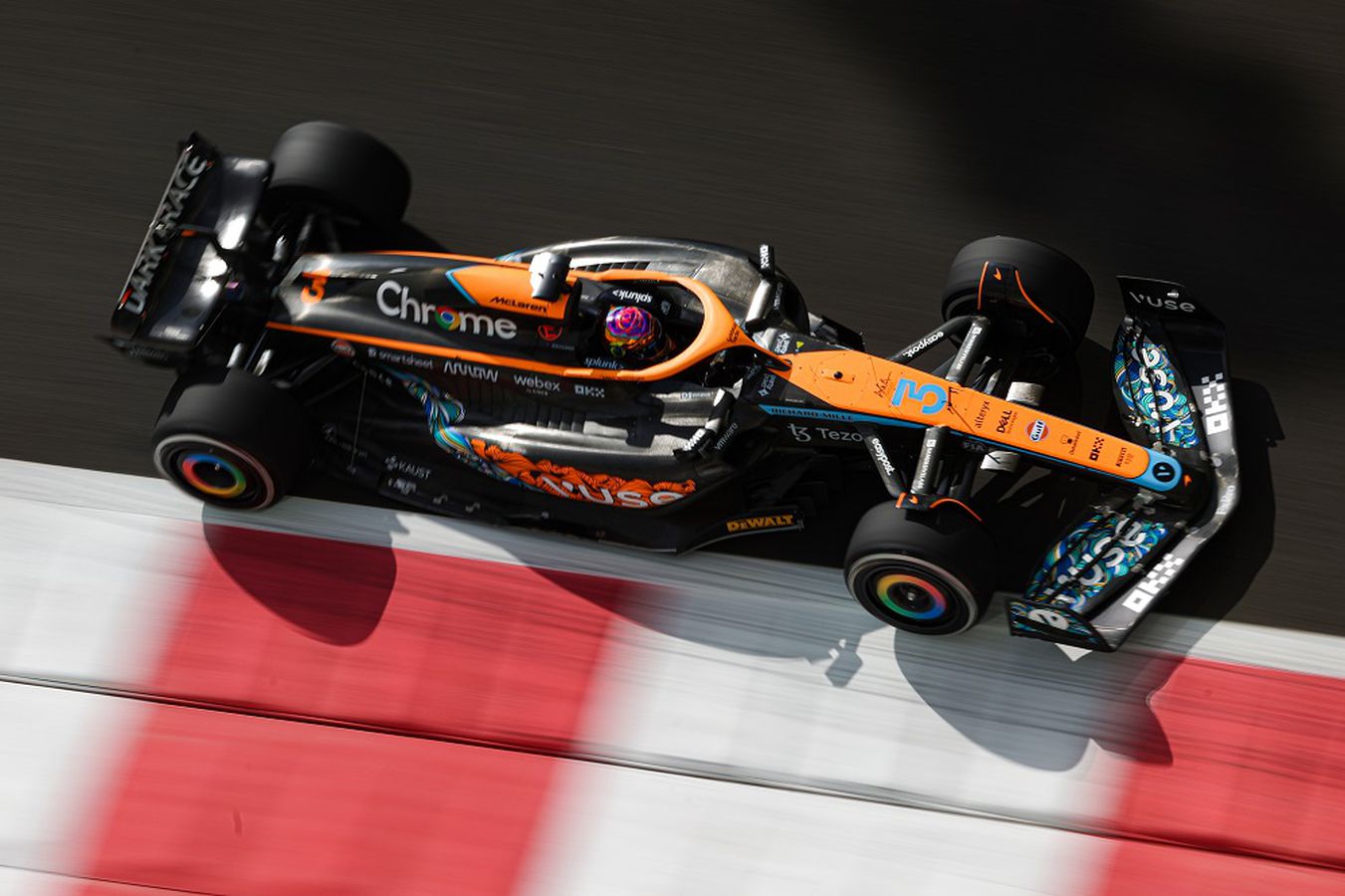 The first thing to note this weekend is that Pato was driving in FP1, replacing Lando, to fulfil our young driver requirements for the season. He’s driven the MCL35M in testing, this year and last, but that was his first go in the MCL36.

The grand prix is likely to be a one-stop race, perhaps even a Soft>Medium one-stop race, so the big thing for us to establish is which is the best one-stop. All the tyres are on the table, so we’ll have Daniel run Hard and Soft in FP1 and have Pato try Medium and Soft. This leaves Lando the opportunity to try all the tyres in later sessions.

The things we’ll be wanting to evaluate with the tyres is whether the Hard is quick enough, and does the Soft last long enough? We’re assuming the Medium is OK – but what does OK mean at Yas Marina? If you want to do Soft>Medium, it’s asking a lot of the Medium. Something to learn.

These wider tyres are less prone to overheating, so the afternoon sessions are OK. The tyres will perform much better in the evening sessions, but we can get work done in the afternoons. You adapt the car slightly – a turn of front wing, maybe go a step on the anti-roll bar but little more than that. 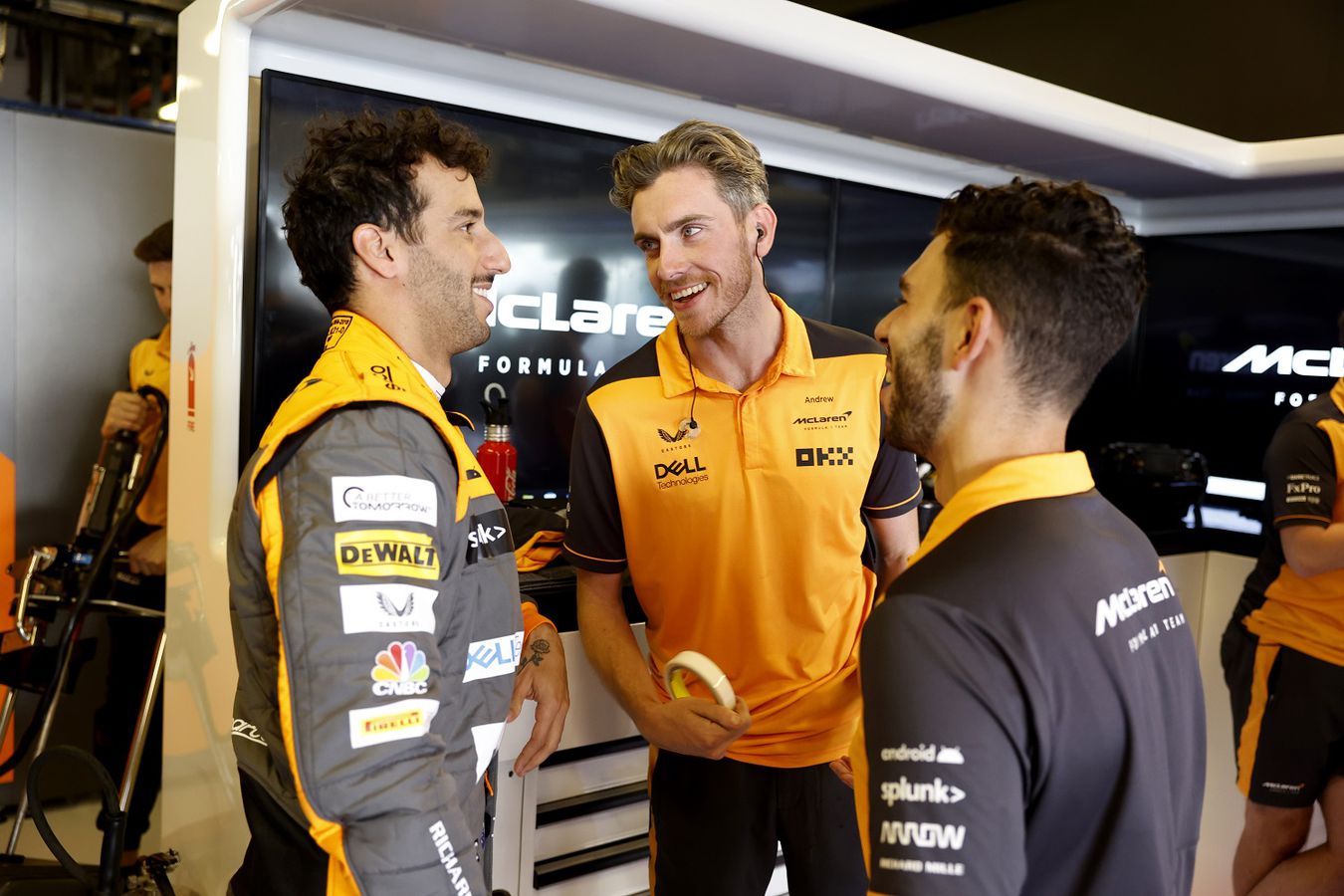 As always, the big issue this weekend will be getting the ride-heights in the right places. That’s a big issue. The gradient of ride-height to lap time is huge in these cars. The track is very smooth here, so the limiting factor will be wear on the plank.

Downforce is less of an issue here. We’ll run reasonably high downforce but not the biggest wing. We’ll be one level down from that, and from this starting point, we’ll experiment with various sizes of gurney flap.

Last year’s race was the first on this new track shape at Yas Marina. The downforce levels were quite similar to the old shape: there are higher-speed corners, which normally would push you to add downforce, but the new shape also creates longer straights – which balances it out.

Turns 2, 3 and 4 is a longer straight without the chicane at the end, while the exit of Turn 9 is quicker, which means the double-right before the hotel is a faster, more drag-dependent straight. 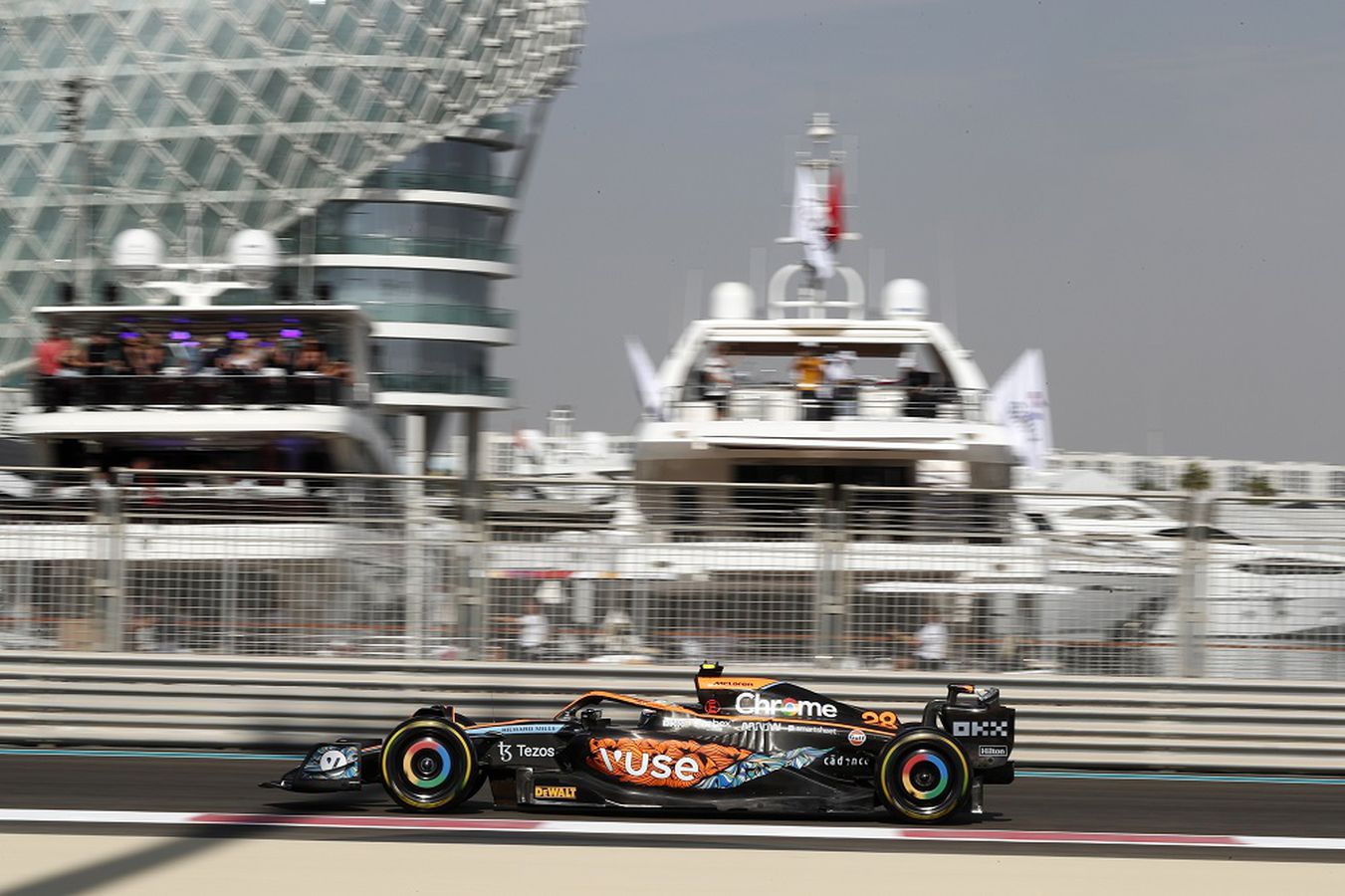 Finally, we have quite a few test parts this weekend. On Daniel’s car, we’re testing some new components for 2023 development, while in FP1, Pato did a correlation exercise testing a development floor.

Daniel is still pushing very hard to get the most out of the car, even in his final race with the team. No problems with motivation!

Briefing complete. Time for Lando and Daniel to head out onto the track so we can collect some data and put our hard work to the test.

A next generation of AI, built for all data types, all users, and all environments to deliver critical business insights

DataRobot AI Cloud is the next generation of AI. The unified platform is built for all data types, all users, and all environments to deliver critical business insights for every organisation. DataRobot is trusted by global customers across industries and verticals, including a third of the Fortune 50.