McLaren Shadow is entering this year's eNASCAR Coca-Cola iRacing Series, and the team can't wait to get started!

Ahead of the season opener on 8 February, get to know our drivers Blake Reynolds and Allen Boes.

BR: Hi! I’m Blake Reynolds. I’m from Houston, Texas, and I've been sim racing since 2011 on Gran Turismo and on iRacing since 2013. I'm competing in the 2021 eNASCAR Coca-Cola iRacing Series for McLaren Shadow and this will be my 5th in this championship. I’ve been a race fan since I was seven-years-old watching NASCAR and became a worldwide motorsports fan in my early teens. I did concert and marching band from 2010 - 2017 in school where I played the French Horn. Through that experience I got to play in cool venues like Carnegie Hall, University of Houston, Sam Houston University, and the Alamodome. I’m also a massive Star Wars nerd. Ask me anything. I probably know it!

AB: Hi, I’m Allen Boes, driver of the #67 McLaren Shadow entry in the 2021 eNASCAR Coca-Cola iRacing Series. I’m 21 years old and live in Lima, Ohio, USA. I’ve been sim racing since 2011 when I joined the iRacing service. Outside of iRacing, I’m a really big fan of Marvel and Star Wars.

Now that we've done our formal intros, let's get a little more personal... 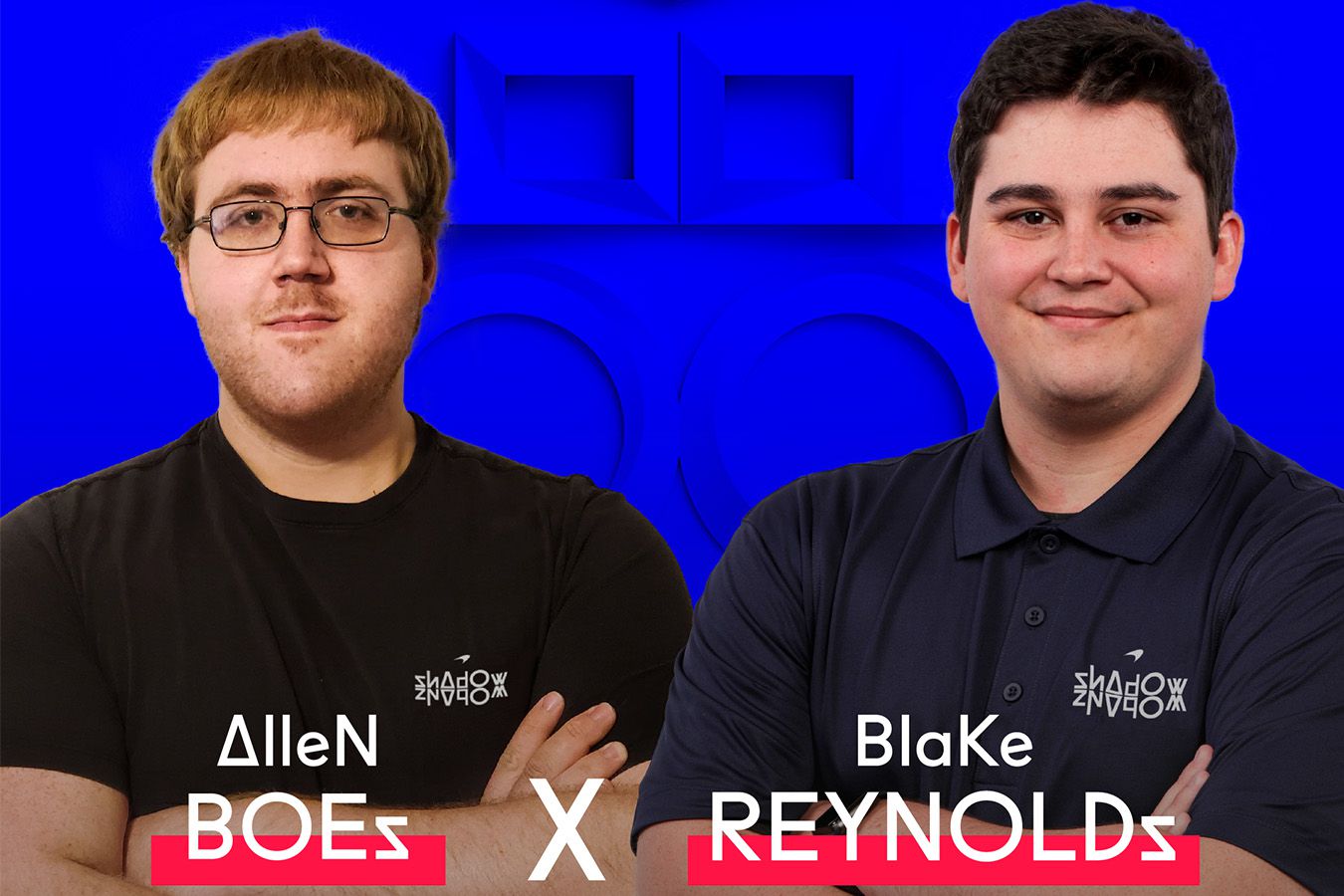 1. How does it feel to be a member of McLaren Shadow?

BR: It’s mind-boggling, not going to lie. If you had told me in December that I would even be considered for this role I would have laughed. And now, here I am talking to you in this role. An eNASCAR driver for McLaren Shadow. It gives me chills just saying it.

AB: It feels good to be a member of McLaren Shadow. When the teams were announced for the 2021 season, this is where I was hoping I would end up.

2. When does the season start?

BR: You can watch the eNASCAR Coca-Cola iRacing Series every other Tuesday at 21:00 ET/02:00 GMT on twitch.tv/iRacing or youtube.com/iRacing.

AB: The first race of the season starts on 8 February. You can also catch me on my twitch channel while I'm racing during the eNASCAR Coca-Cola iRacing Series races or just racing in public races throughout the service.

3. How do you train for competition?

BR: Lots of hours in either practice with my team-mate or by myself getting a feel for a setup. That’s just for my own training. We have to spend a lot of time making sets to get the most out of the car and that changes week to week. It can be upwards of 40 hours for our bi-weekly races. Other than that I run league, public, and special event races to keep my skills finely tuned.

AB: Training for our races involves turning a lot of laps in practice to get the setups dialed in. I also do a lot of public races on the service to keep my skills sharp.

AB: Going into this season I would say I don’t really have a rival.

BR: Probably making the final four in 2019 at the Charlotte Roval. It was an intense battle that resulted in lots of contact and some emotions came out. Overall, it was my most vivid memory in sim racing.

AB: The best moment of my esports career would by my third win in the eNASCAR Coca-Cola iRacing Series. Out of my three wins, I would feel that this one was the most satisfying win because I was upfront for the majority of the race.

6. What’s at the top of your esports bucket list?

AB: The top of my esports bucket list is most definitely, without a doubt, winning a championship at the top level of sim racing on iRacing.

7. When you’re not racing what do you like to do?

AB: When I’m not racing, I like to bowl. I’ve been bowling since I was four years old, and I’ve gained a lot of friends throughout the years doing it.

AB: Outside of sim racing, I’m really into strategy games and other sports games.

9. What was the first game you ever played and on what platform?

AB: The first game I played was NASCAR Thunder 2003 and it was on the PC.

AB: The last game I played was Rocket League. 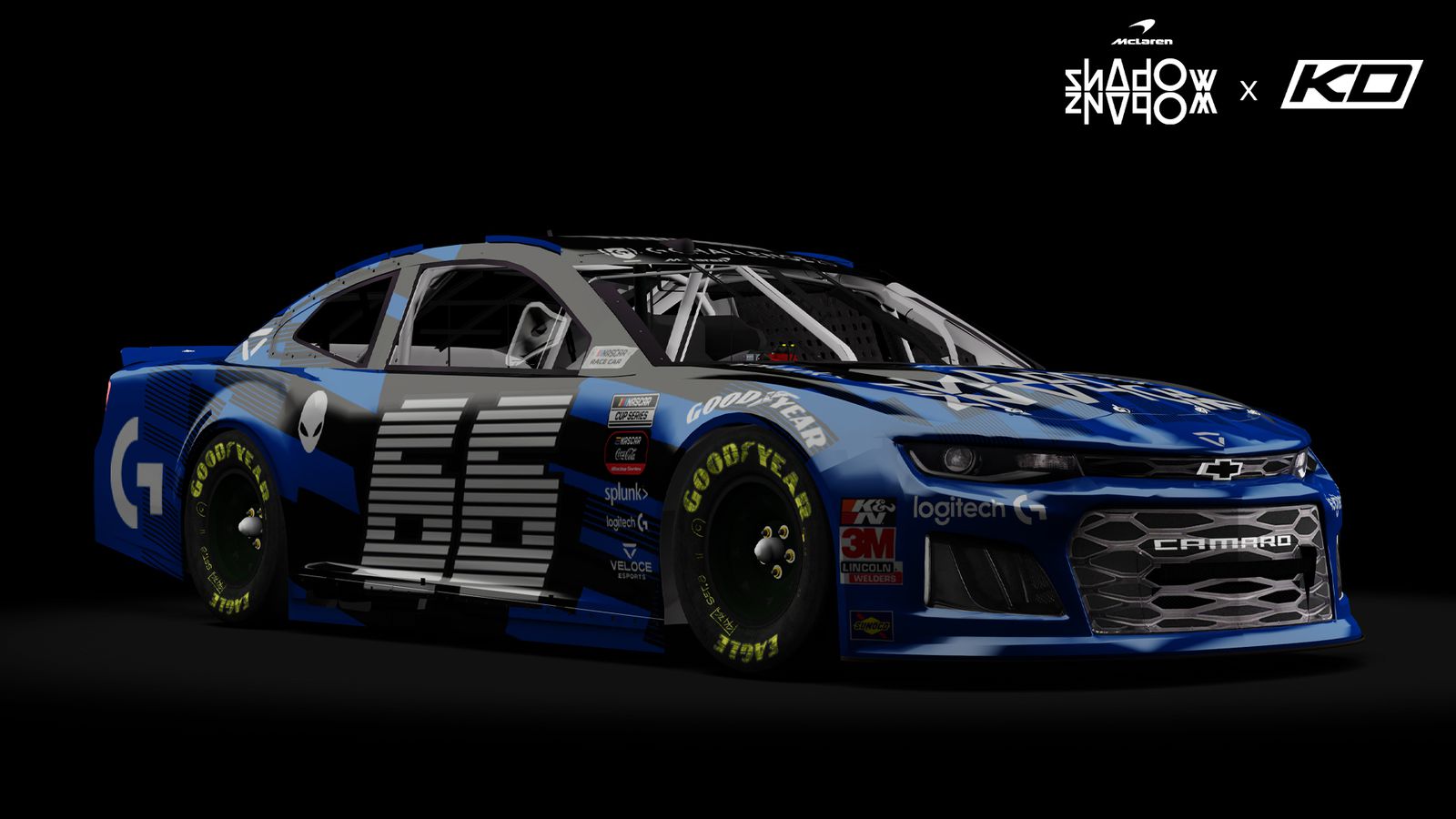 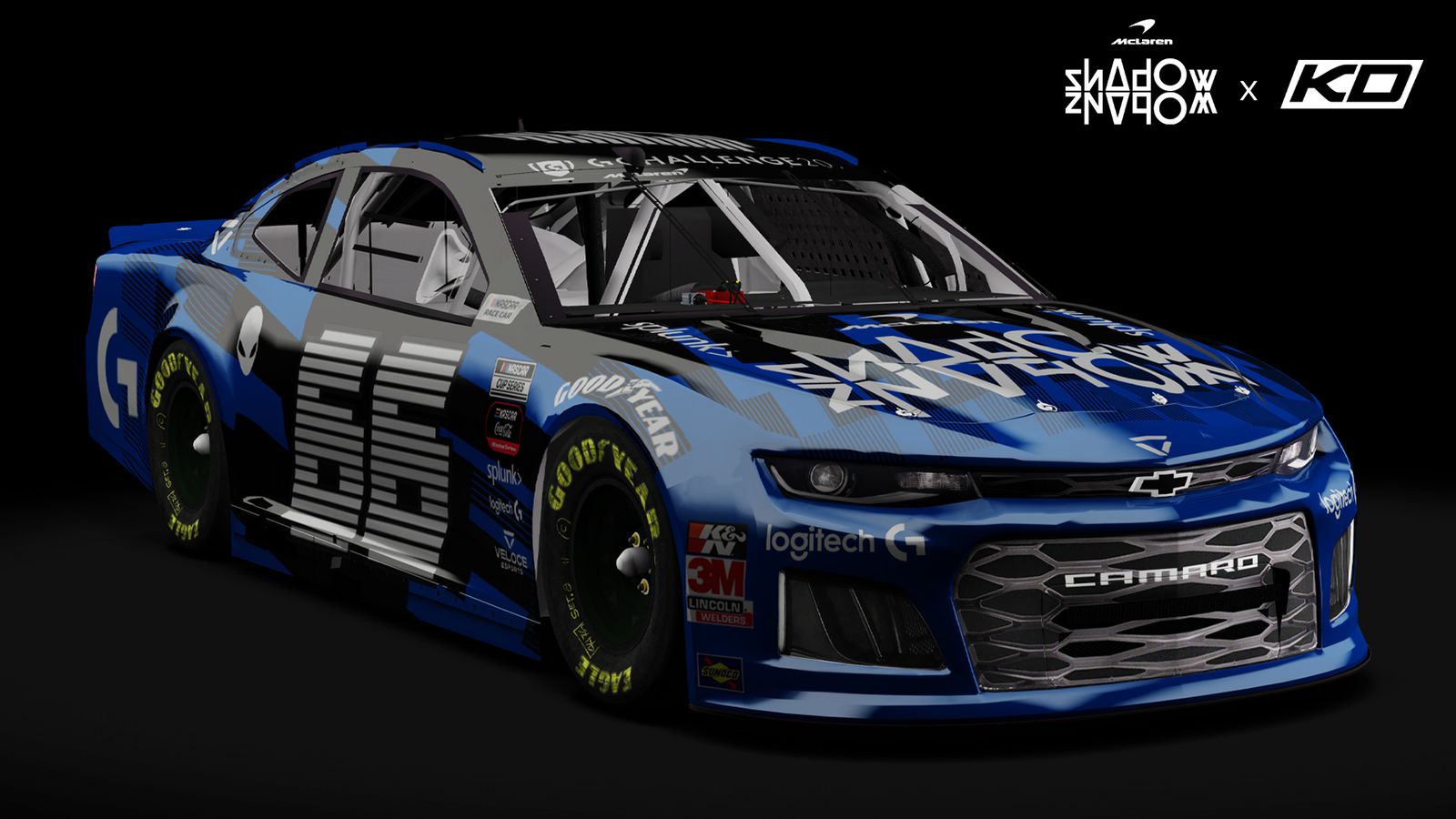 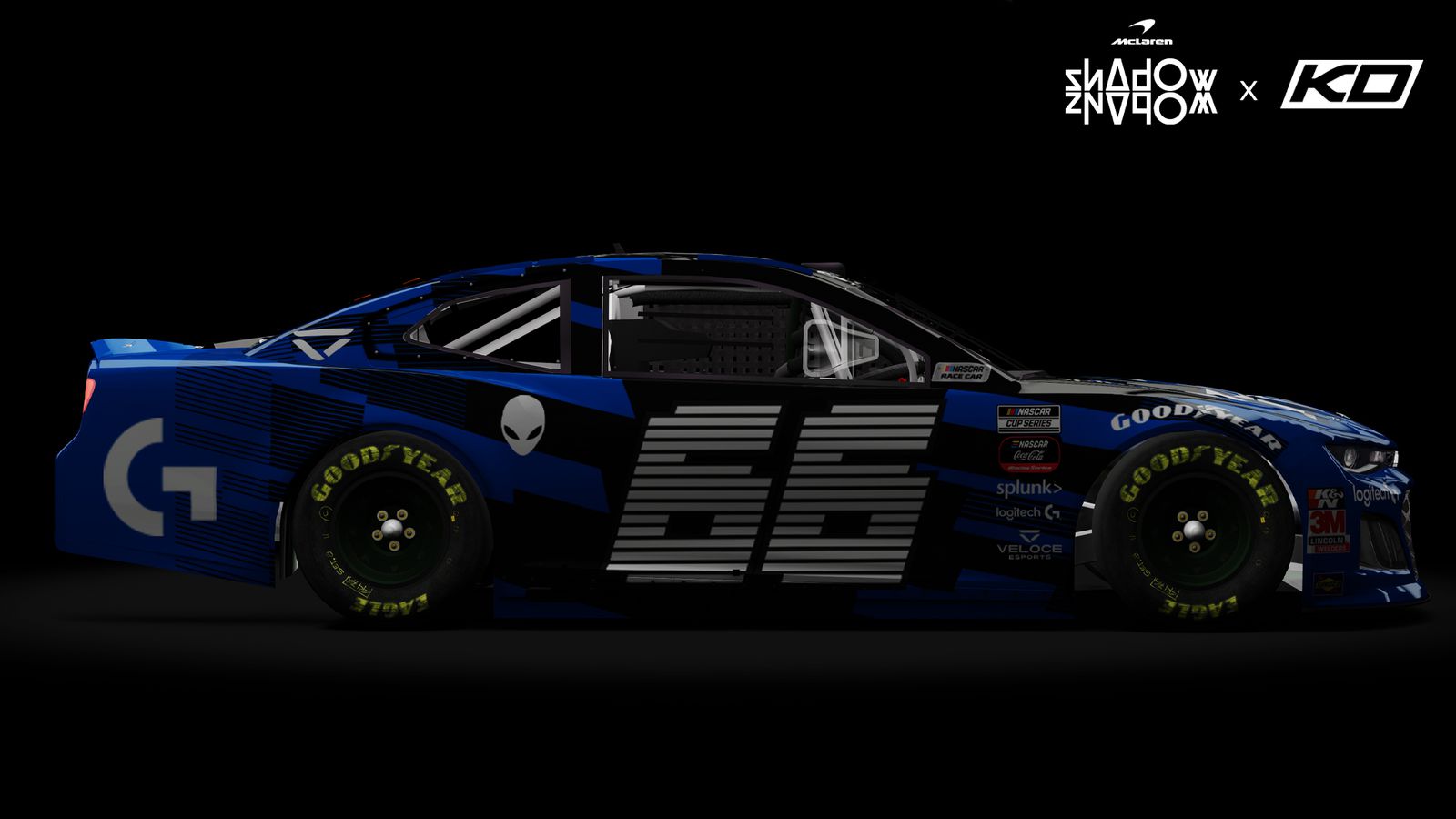 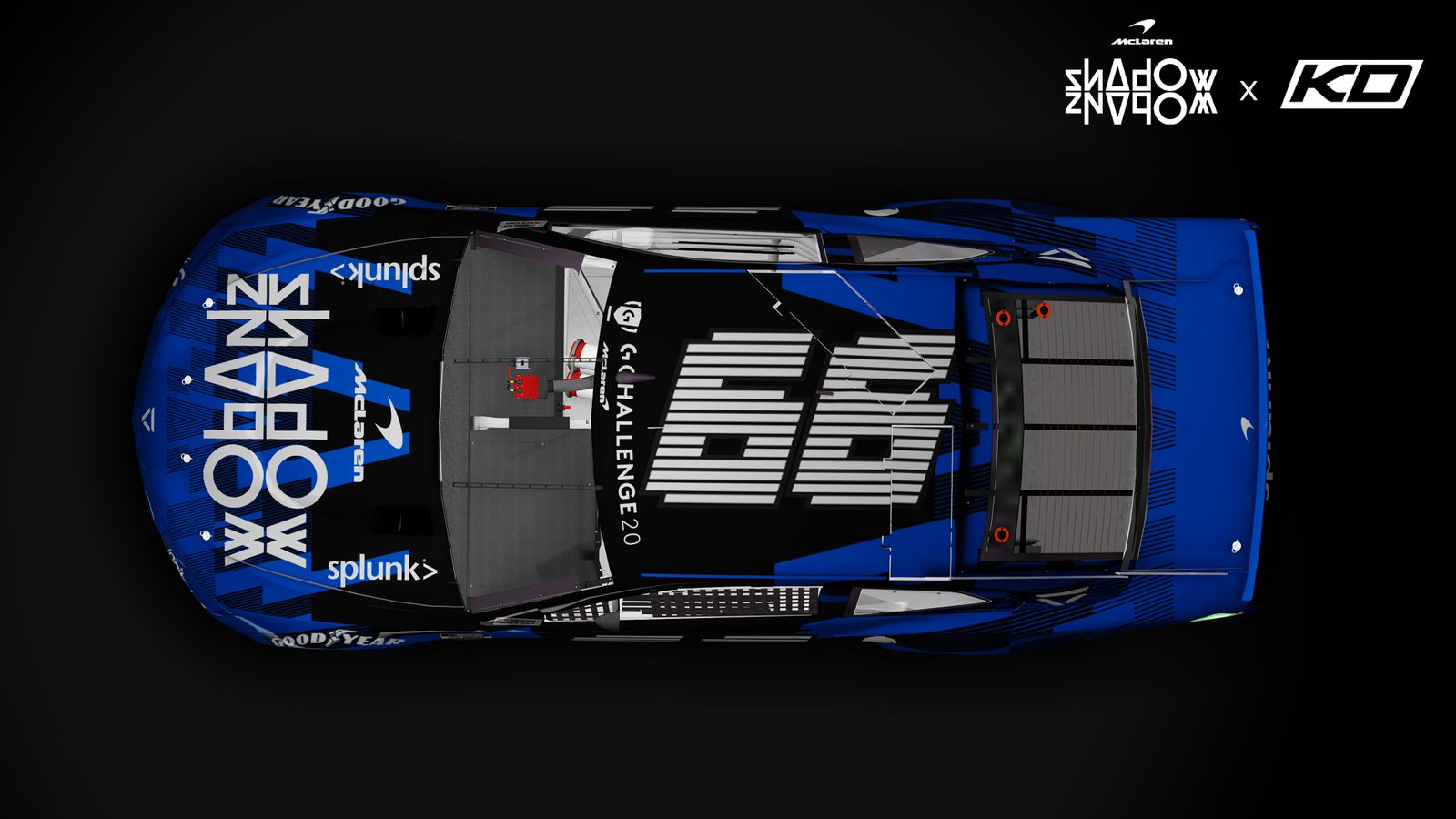 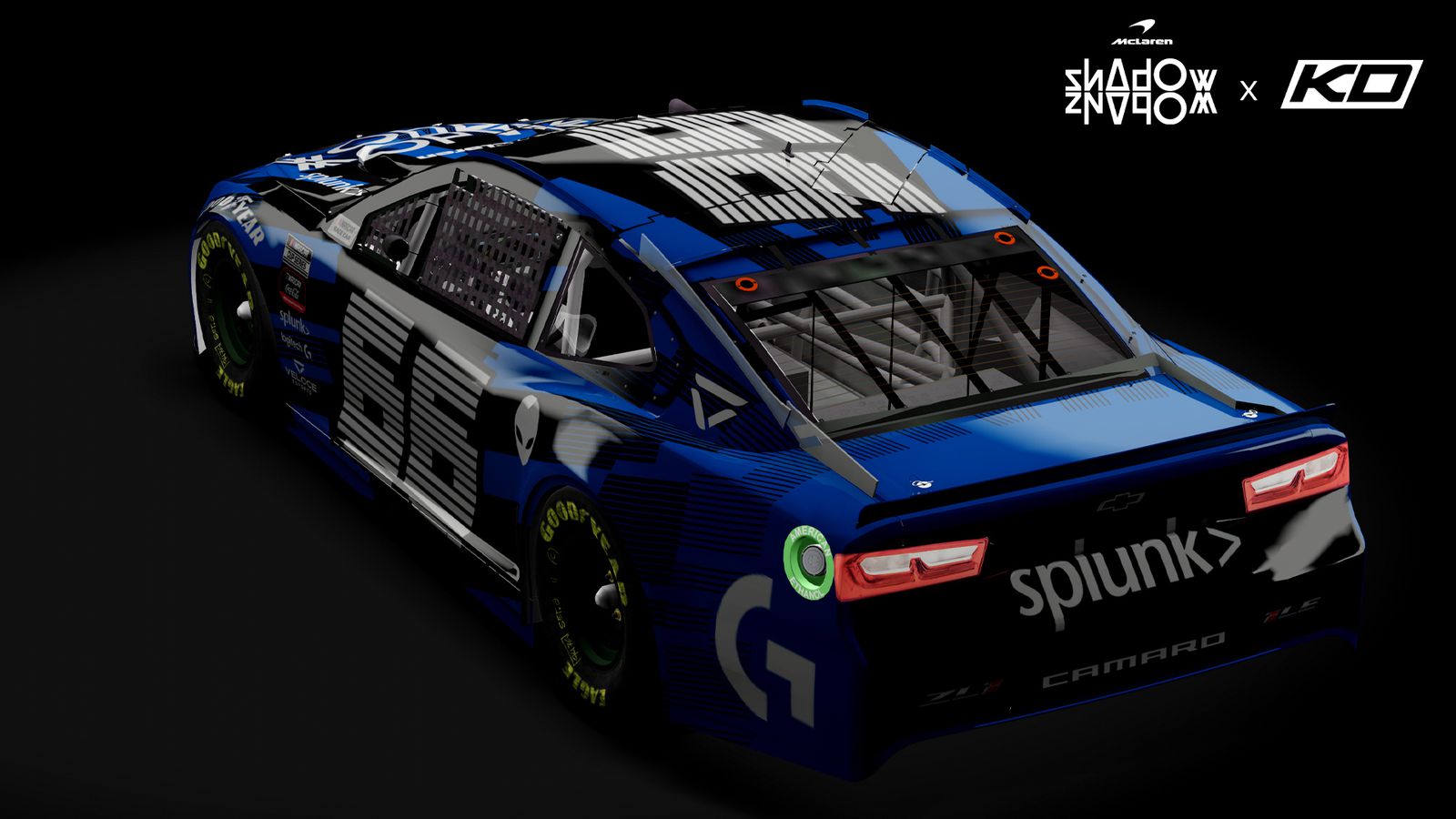 11. You’re stuck on island, what game and console are you taking with you?

BR: Gran Turismo 5 on PlayStation 3. That game has so much single player potential.

AB: If I was stuck on an island, I would bring a Nintendo Wii with Mario Kart along. I spent a lot of time as a kid playing that game with my dad, so that would be my number one choice.

12. Have you ever rage-quit and, if so, what was the reason?

BR: I have in multiple games unfortunately. Mostly iRacing or CS: GO. In iRacing, it was probably someone wrecked me, and I didn’t want to finish the race so I Alt-F4’d. In CS: GO, I was probably in a comp game and there was a cheater, so I just quit!

AB: I have rage-quit multiple times out of public races on iRacing because of wrecks that I have been involved in.

13. What’s the funniest/craziest thing you’ve ever seen when gaming?

BR: My buddy in iRacing flipped over at Talladega, was in every single wreck, and went on to win the race. It was mental.

BR: Interstellar. It blew my mind when I first saw it.

BR: It changes all the time. Right now, its Monsters by All Time Low.

AB: On the NASCAR side of things, it would be Jimmie Johnson. In F1, it’s a toss up between Lando Norris and Sebastian Vettel.

AB: My favorite track on the NASCAR circuit is Dover.

18. If you could ask Lando Norris one question, what would it be?

BR: Would you be my eNASCAR Engineer for a race this year?

AB: Would you ever consider running a one-off race in NASCAR?

19. If you could ask Daniel Ricciardo one question, what would it be?

BR: Next time you are in Austin, you wanna get some BBQ with me?

AB: If you were to win the championship in F1, what type of celebration would we see out of you?

20. What’s the one piece of advice you would give to aspiring esports racers?

AB: My biggest piece of advice to anyone trying to get better in sim racing, would be to not get discouraged during the hard times. Practice makes perfect, so the more work you put in, the better you will get.

Jimmy Broadbent and Benjamin Daly take on the season opener