The French Grand Prix had it all: overtaking, diverse strategies and even a bit of rain. OK, we’ll admit that last one actually happened before the race, but it proved to be a real curveball as drivers found themselves on a track with far less grip than they enjoyed in qualifying. Most importantly, the grand prix ended with a great result for McLaren: P5 for Lando Norris and P6 for Daniel Ricciardo — a fine reward for an excellent performance from every single member of the team. But just what did social media make of a compelling weekend in the south of France?

In tribute to our friend and supporter Mansour Ojjeh, following his recent passing, both McLaren cars carried special details in his name at the Circuit Paul Ricard. 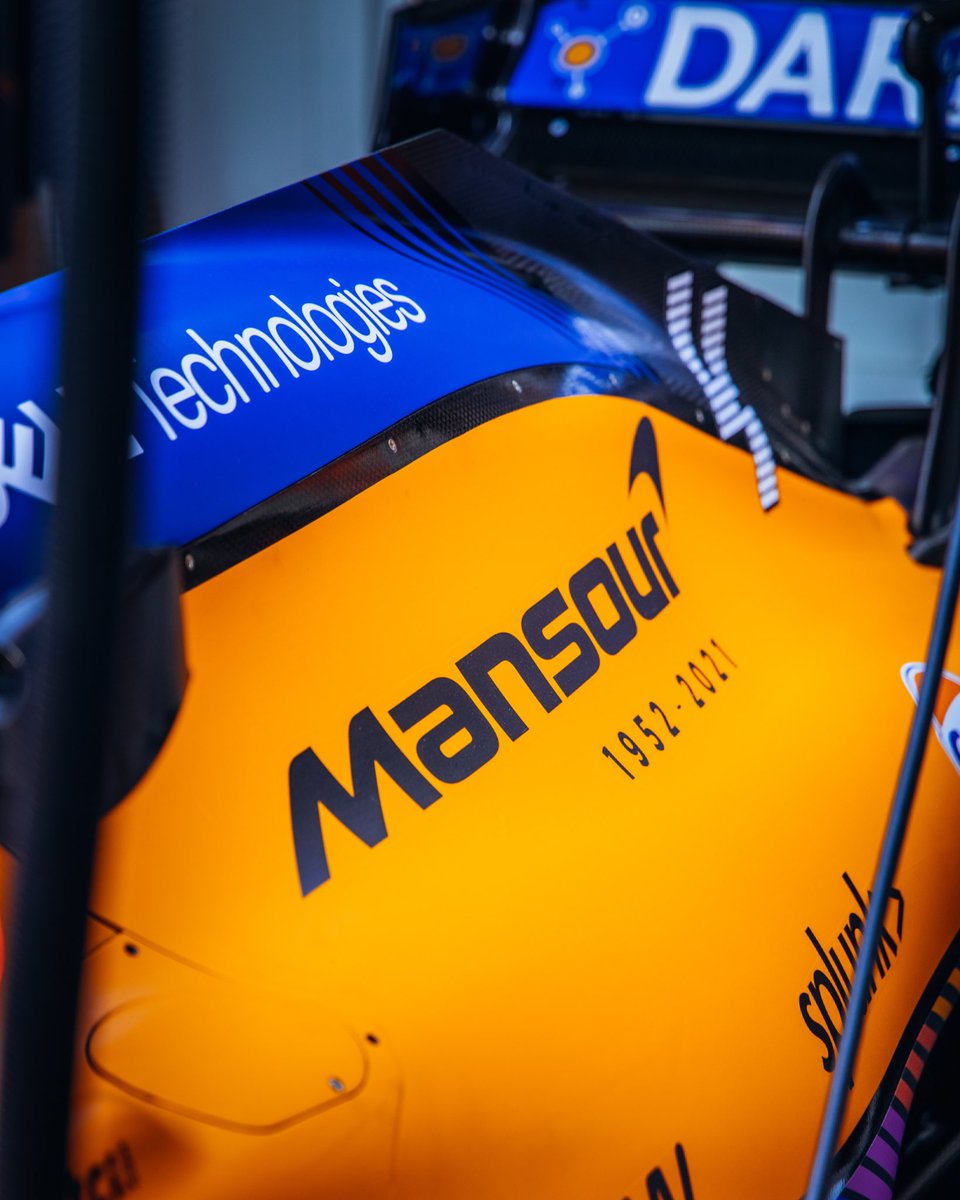 In tribute to our friend Mansour Ojjeh, both McLaren cars will carry his name this weekend.

Racing for you, Mansour. 🧡 https://t.co/wfIa5H9pfY

In tribute to our friend Mansour Ojjeh, both McLaren cars will carry his name this weekend.

Racing for you, Mansour. 🧡 https://t.co/wfIa5H9pfY

@McLarenF1 Very nice tribute! When you become part of McLaren, McLaren becomes part of you. 🧡👊 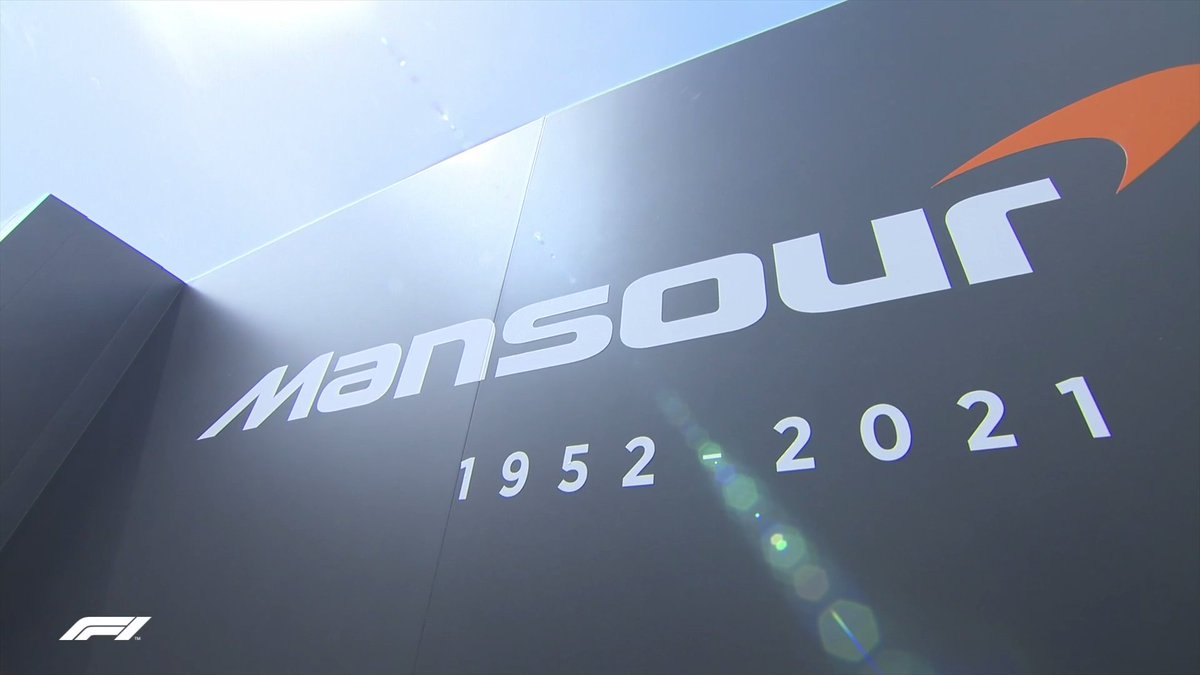 The sun shines on Mansour Ojjeh this weekend 🧡

The sun shines on Mansour Ojjeh this weekend 🧡

On the back of some aero tests using flow-vis paint on new parts of the car, which included some vanity panel winglets, we gave the ASMR community what it wanted on Friday: 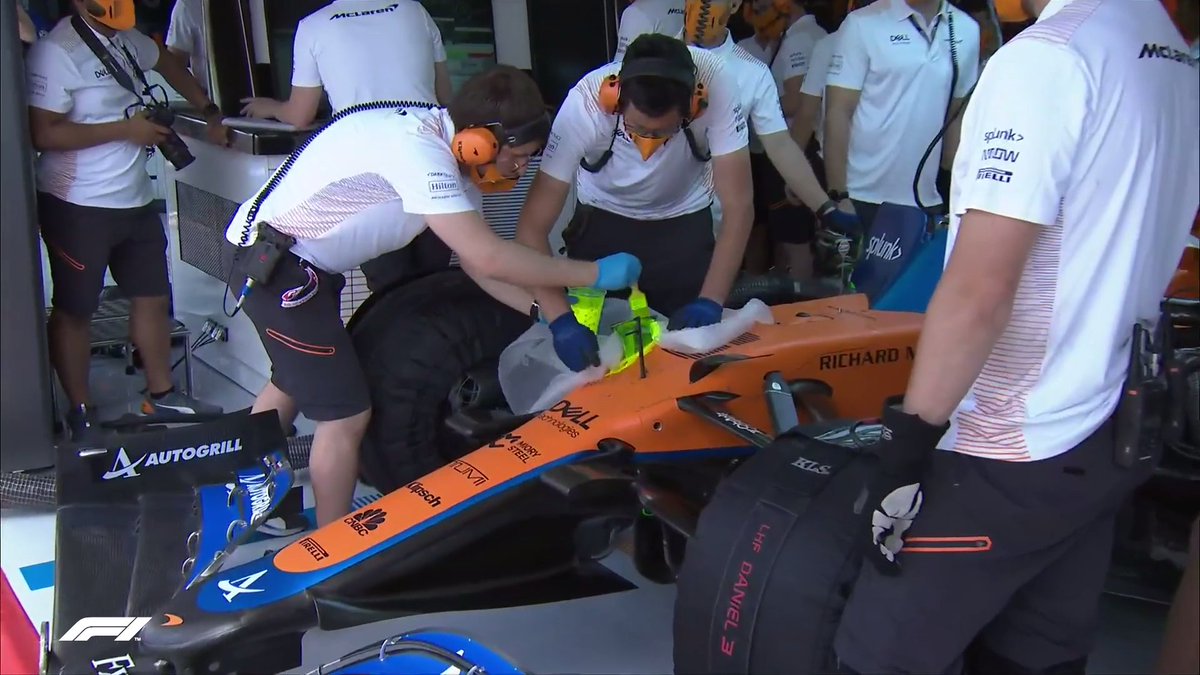 Dare you to pop the bubble wrap, @McLarenF1 👀

Dare you to pop the bubble wrap, @McLarenF1 👀

Friday proved to be a long day at the track for the team, but not because we couldn’t stop popping bubble wrap or because we paused work to watch the Euro 2020 match between England and Scotland… 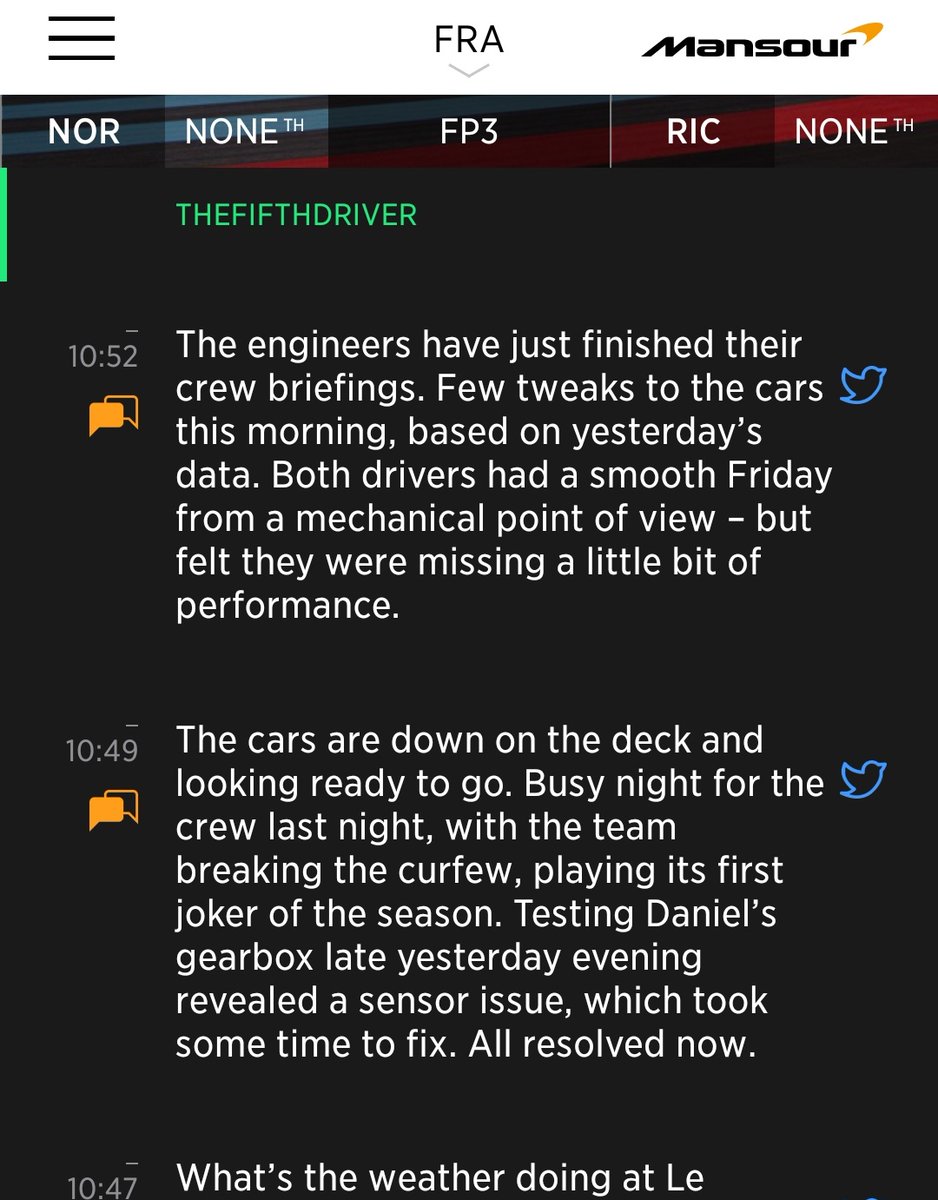 Apart from showers on Sunday morning, Paul Ricard looked resplendent in the sunshine at the weekend, although we must admit Melbourne did look on point judging by @CrazyRoo4’s photos. We can’t wait to race Down Under again later this year.

Van Gogh, Monet, Matisse, France has repeatedly been a source of inspiration for some of the world’s most famous artists and it seems the French Grand Prix inspired some other great works of art at the weekend. We’re particularly fond of this one from @f1vibes1:

A strong lap from Lando early in qualifying meant he and his side of the garage – and @blackpoolstig by the looks of it – could put their feet up for the rest of Q1.

On the other side of the garage, Daniel’s race engineer, Tom Stallard, was confusing his driver with his race strategist Daren Stanley – and not for the first time!

Somebody please let Daren know that Tom is looking for him, still!
#mclarenf1 #FrenchGP

With Lando only able to get one run in and Daniel on the bubble in P10, Q2 was tense… very tense.

My heart rate really went up in Q2😅 @McLarenF1
Q3, let's do this!🧡👊🏼
#SendIt #FansLikeNoOther 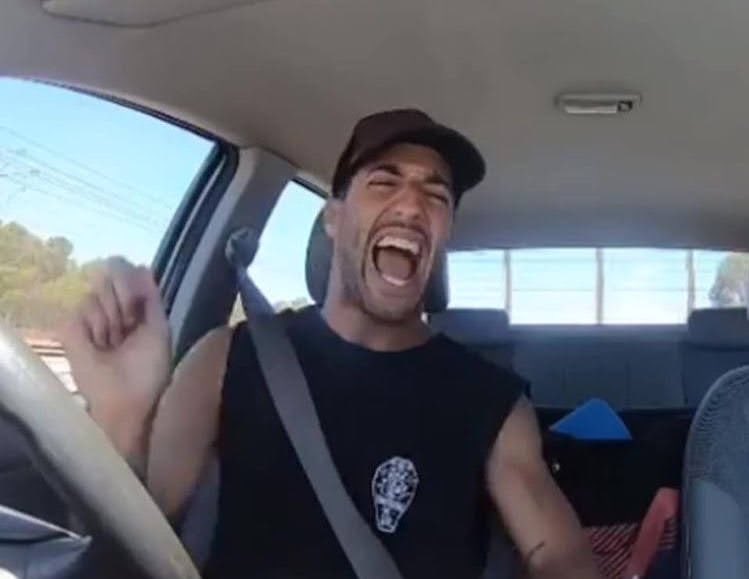 @Andif271 seemed pretty chilled about it all though (nice legs by the way): 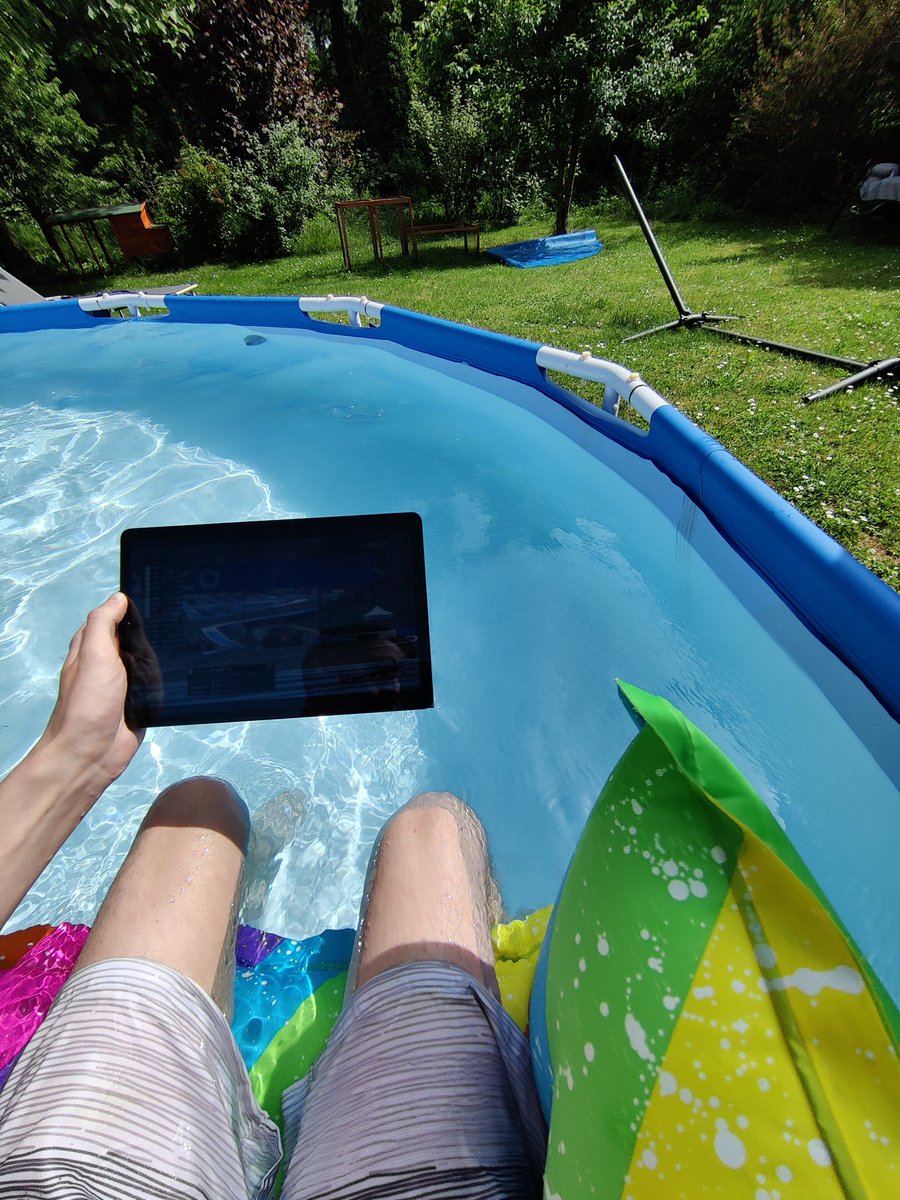 Although Lando was shuffled down from P8 to P11 on the opening lap of the race, a well-executed split strategy and pair of pit-stops – along with spirited drives from Lando and Daniel – saw both McLaren drivers carve their way through the field, leaving fans on the edge of their seats for much of the grand prix. 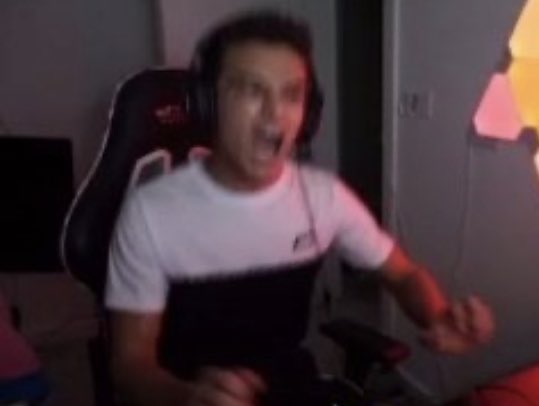 Just past the halfway stage, Lando was making some serious moves on track. 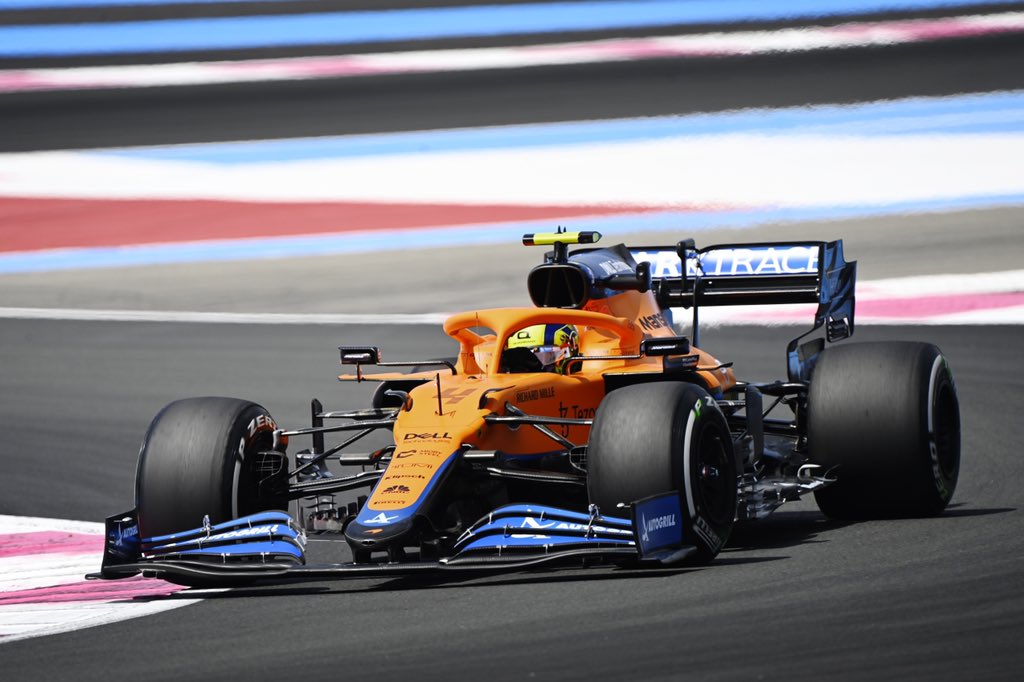 Up to P9 with three quick-fire overtakes.

Up to P9 with three quick-fire overtakes.

Or as @xDiiVeRSe put it…

…which, in GIF form, can be translated into:

While there were plenty of fireworks out front, we’re not sure many of you were that interested as you revelled in Daniel’s overtakes… 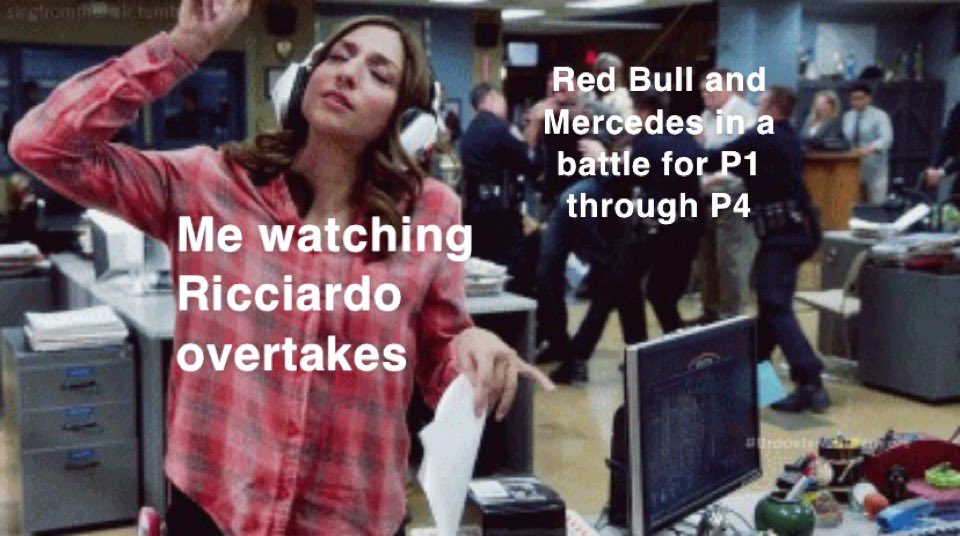 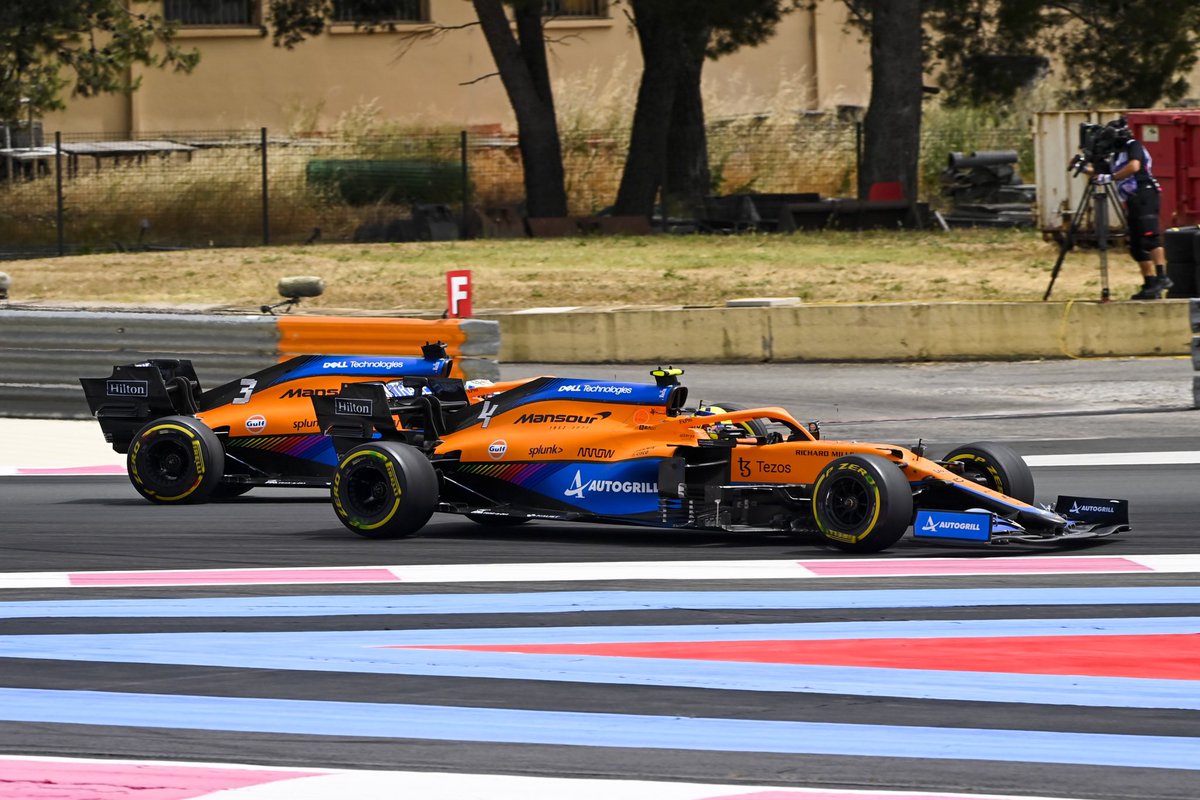 That’s P5 for Lando and P6 for Daniel at the #FrenchGP. 🇫🇷🏁

More points on the board to mark a great weekend of racing for the team. 👏 https://t.co/SEWohncbQs

That’s P5 for Lando and P6 for Daniel at the #FrenchGP. 🇫🇷🏁

More points on the board to mark a great weekend of racing for the team. 👏 https://t.co/SEWohncbQs

@McLarenF1 @LandoNorris @danielricciardo what a race! 🎉 massive congrats to the whole team, lando and daniel pulled off some great overtakes and the pit stops were on point too! 🤩 well done team! 😊🧡 #SendIt

I LOVE YOU @McLarenF1 SUPER HAPPY FOR THE DOUBLE POINTS #FansLikeNoOther 🧡🧡

And finally, coming into the weekend we trailed Ferrari by two points in the Constructors’ Championship, but after the French Grand Prix the standings made for very pleasant reading:

"Another strong Sunday afternoon for our team"