The esports season finale is here!

The esports season finale is here!

After nine races, we reach the final round of the 2020 F1 Esports Pro Series. And we’ve saved the best for last!

James Baldwin and Dani Moreno will race in three of our favourite old-school circuits: Japan, Mexico and Brazil. Could we BE more excited?

So how does the team feel ahead of the season finale? Read our race preview below to find out.

"Preparations for the final F1 Esports round have been going really well for me. 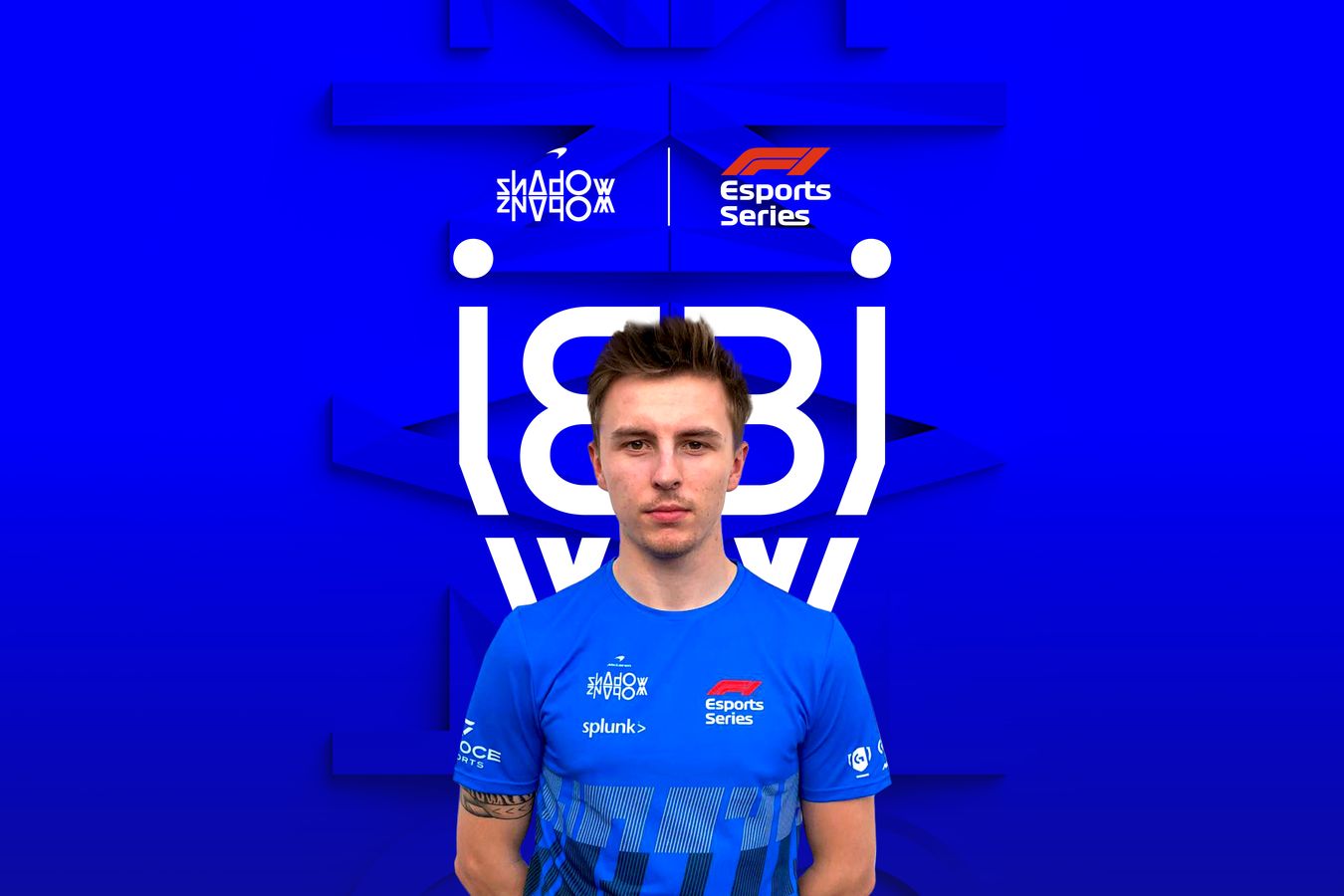 "I need to end the season on a high. My performance hasn't met my expectations for my debut so far, but now I have no distractions, no excuses."

"The final round is here. We arrive with high hopes and the objective of finishing in the top six in the Constructors' Championship. 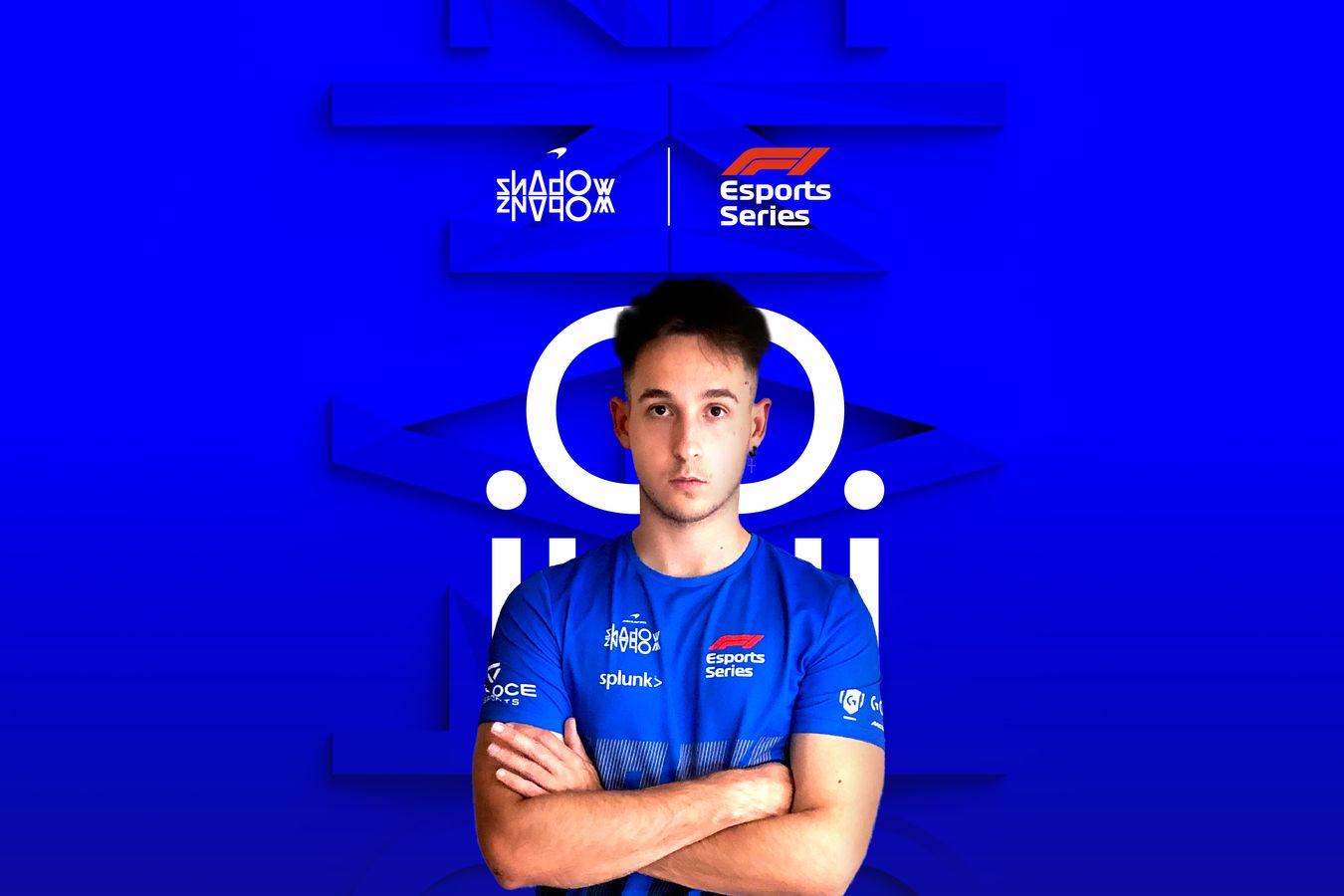 "It's going to be really hard as the last three tracks are pretty tricky, but our pace seems really strong so hopefully, we can get a lot of points."

"Pace is looking rather good from the boys in training camp this week, but again we can’t get ahead of ourselves as F1 Esports is all about delivering on the day.

"I’m thoroughly looking forward to Japan and Brazil as they’re two proper old-school driver circuits, which will deliver incredible racing. Drivers will be able to showcase their race craft as these circuits are well balanced when it comes to attacking and defending. 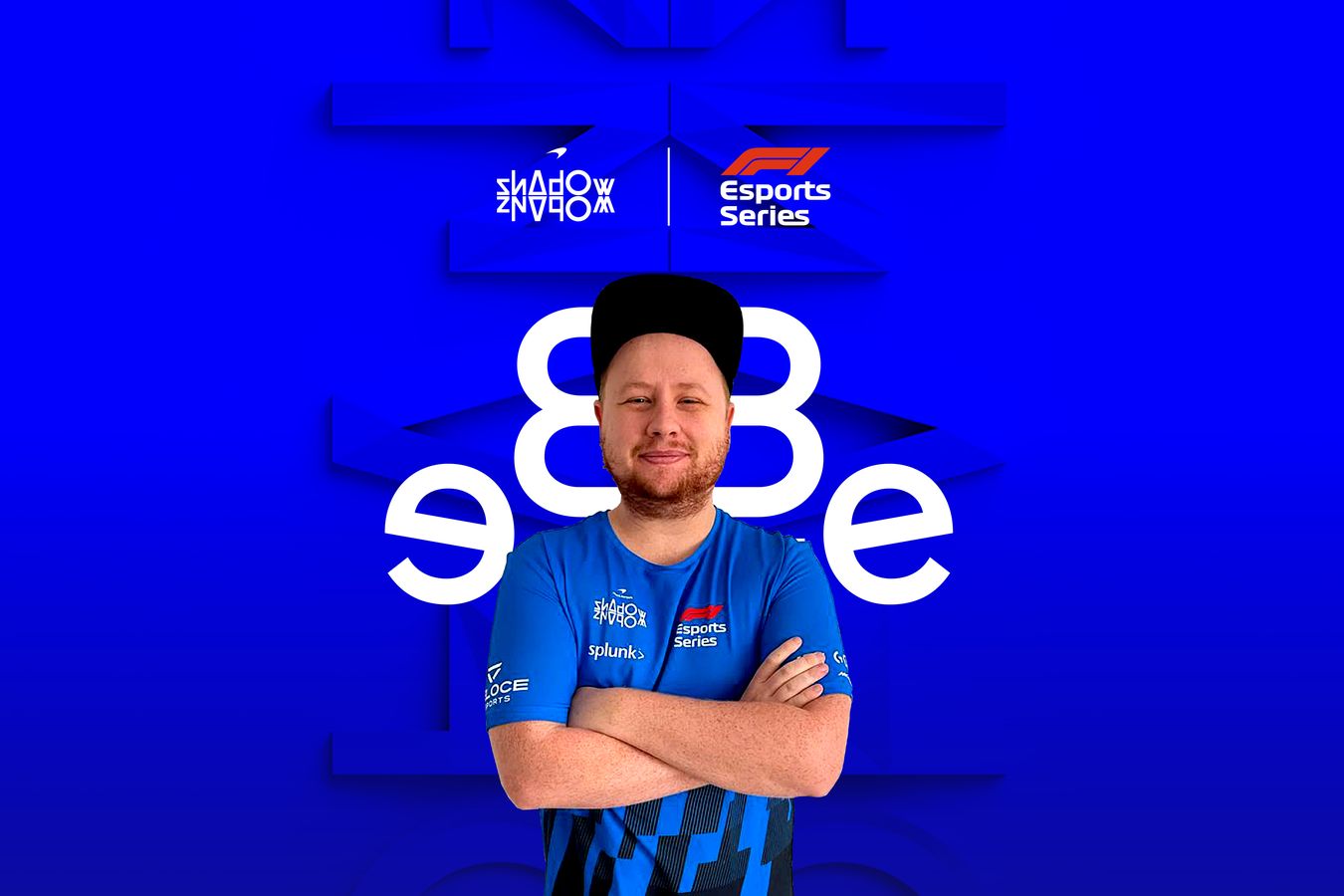 "Mexico will be good for racing too but the drivers won’t share that sentiment as track limits will be hard to manage when pushing the limit every lap.

"Hopefully we can retain our position in the standings with Dani and James ending the season on a high!"

As we head to Japan, Mexico and Brazil, Splunk’s telemetry data lets us take a closer look at the tracks and what each driver should expect: 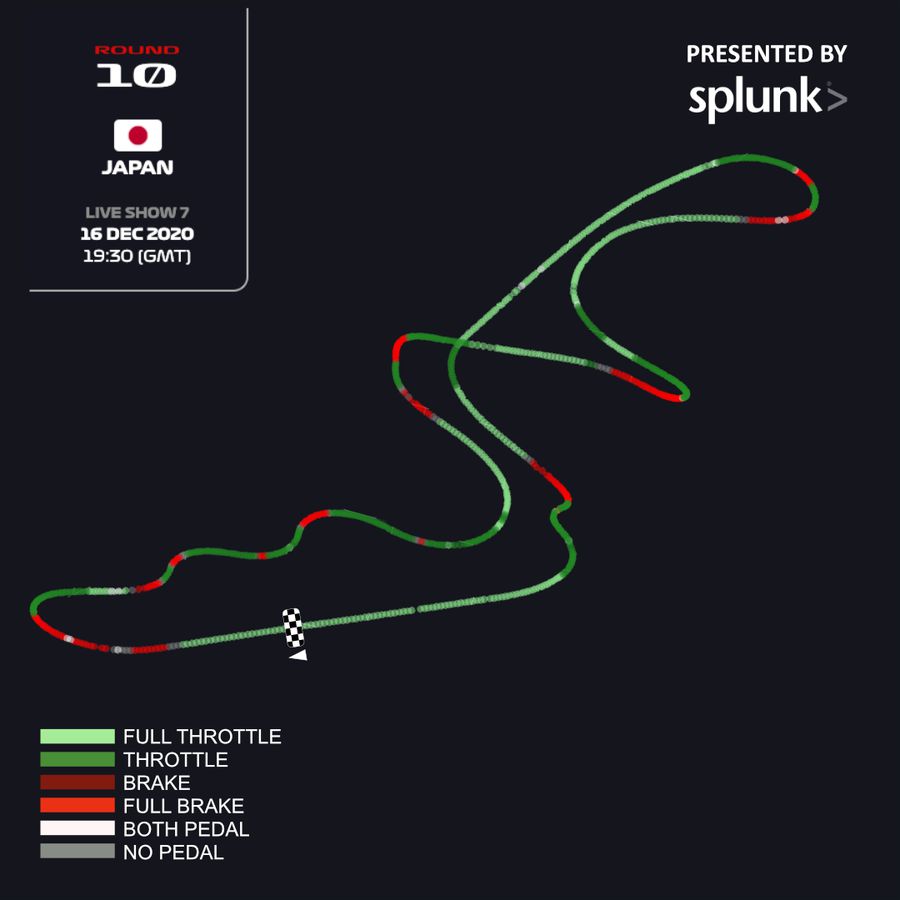 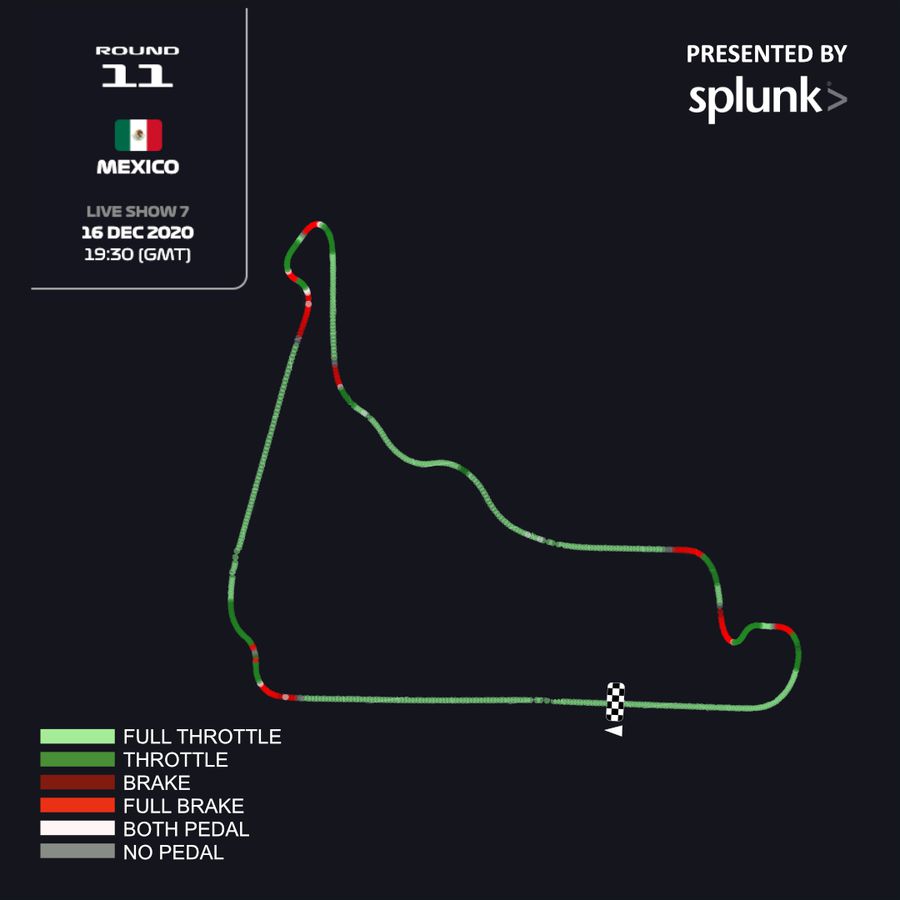 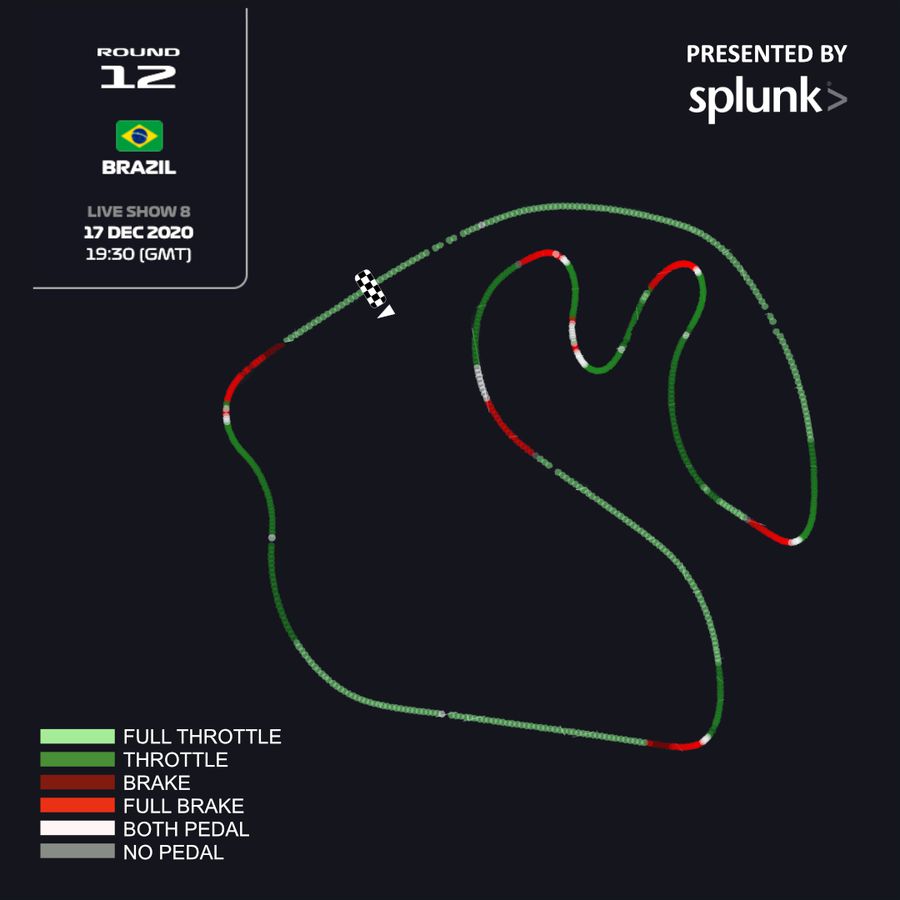 Suzuka International Circuit: The opening race of Round Four sees the drivers in Japan. Full throttle for 66% of the 5.8km track will have the drivers pushing over 200mph, with high downforce required for a number of high-speed corners and just five major braking events.

Autódromo Hermanos Rodríguez: This 4.3km circuit will see drivers change gears up to 52 times a lap, being full throttle for nearly half the lap. Six major braking events occur around the track, including at turn one, nearly 1km from the grid.

Interlagos: The traditional F1 Esports season closer, the 4.3km circuit requires plenty of downforce with seven braking events. Drivers will be full throttle for 50% of the lap, achieving a max speed of nearly 200mph.