McLaren Shadow drivers James Baldwin, Matthias Cologon and Dani Moreno will once again represent the team as we race at the Dutch, Canadian and Austrian Grands Prix.

Before we take to the sims, here's everything you need to know ahead of Round Two.

"Ahead of Round Two, we as a team have a lot to prove. We believe we should be fighting with the front runners, and that is certainly our aim. If we get stronger and more competitive with every event, then we will be satisfied. 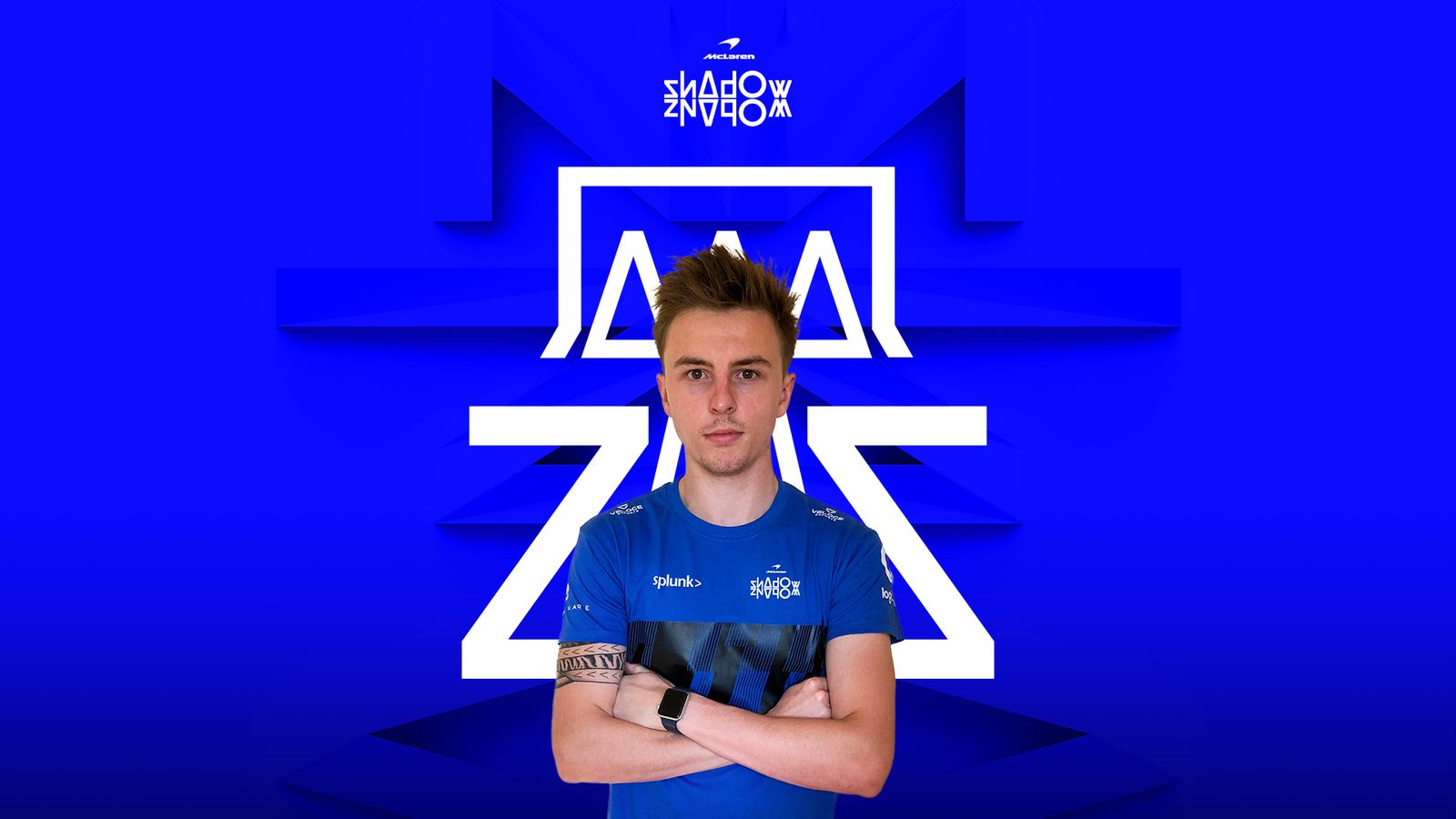 "I I can't wait to race the best sim racers again on track! It's going to be awesome."

"Here we are at Round Two. After the first event we had bad luck, but we're ready to deploy a much better result for this upcoming event! 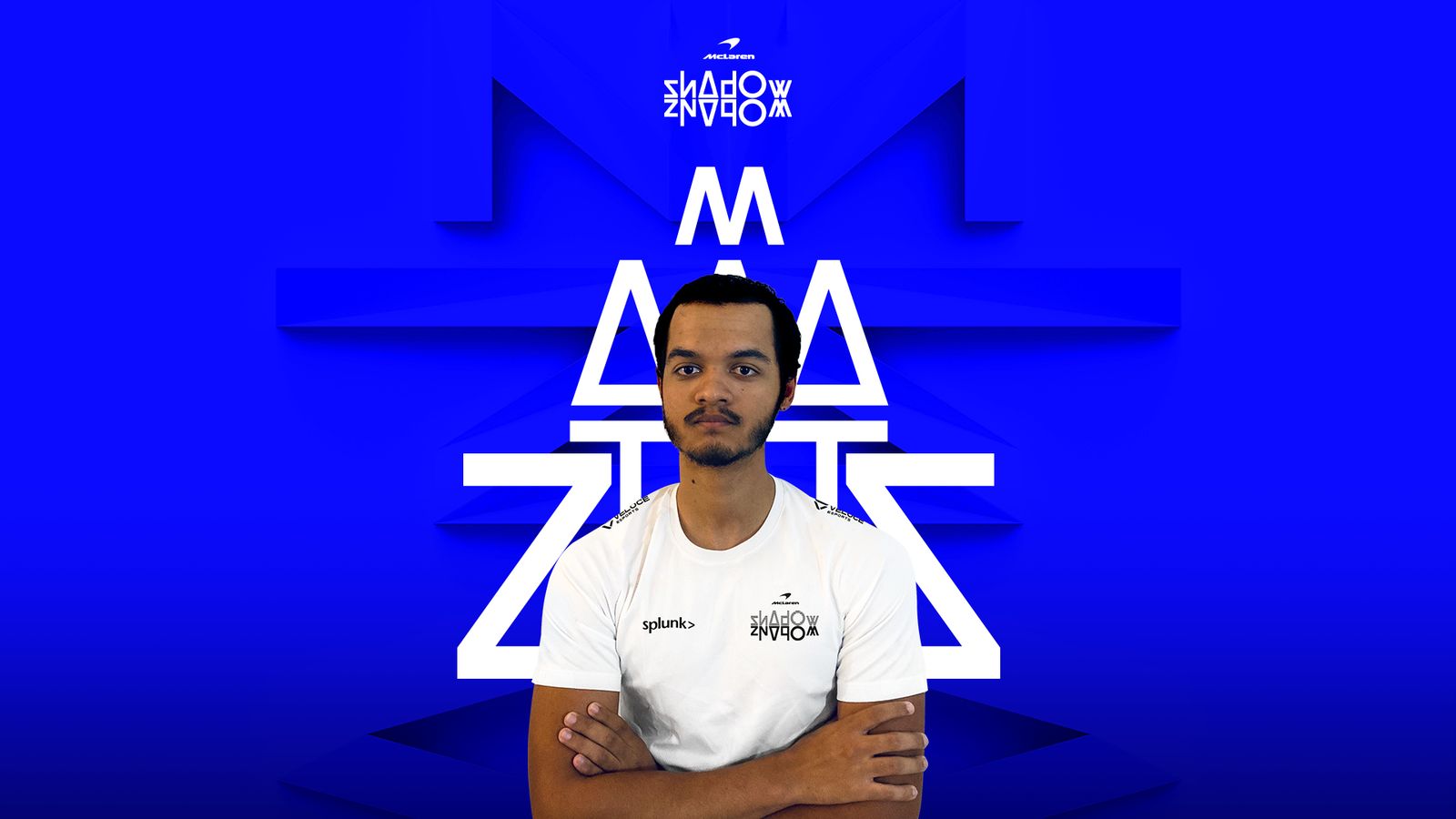 "Again, this grid will be competitive so we need to maximise our results, especially in qualifying which this time will be more important than ever. Dani, James and I can't wait and we will do our best to represent McLaren Racing in the best way possible."

"I'm really looking forward to Round Two, especially because they are three of my best tracks in the game. The pace in practice looks really good. 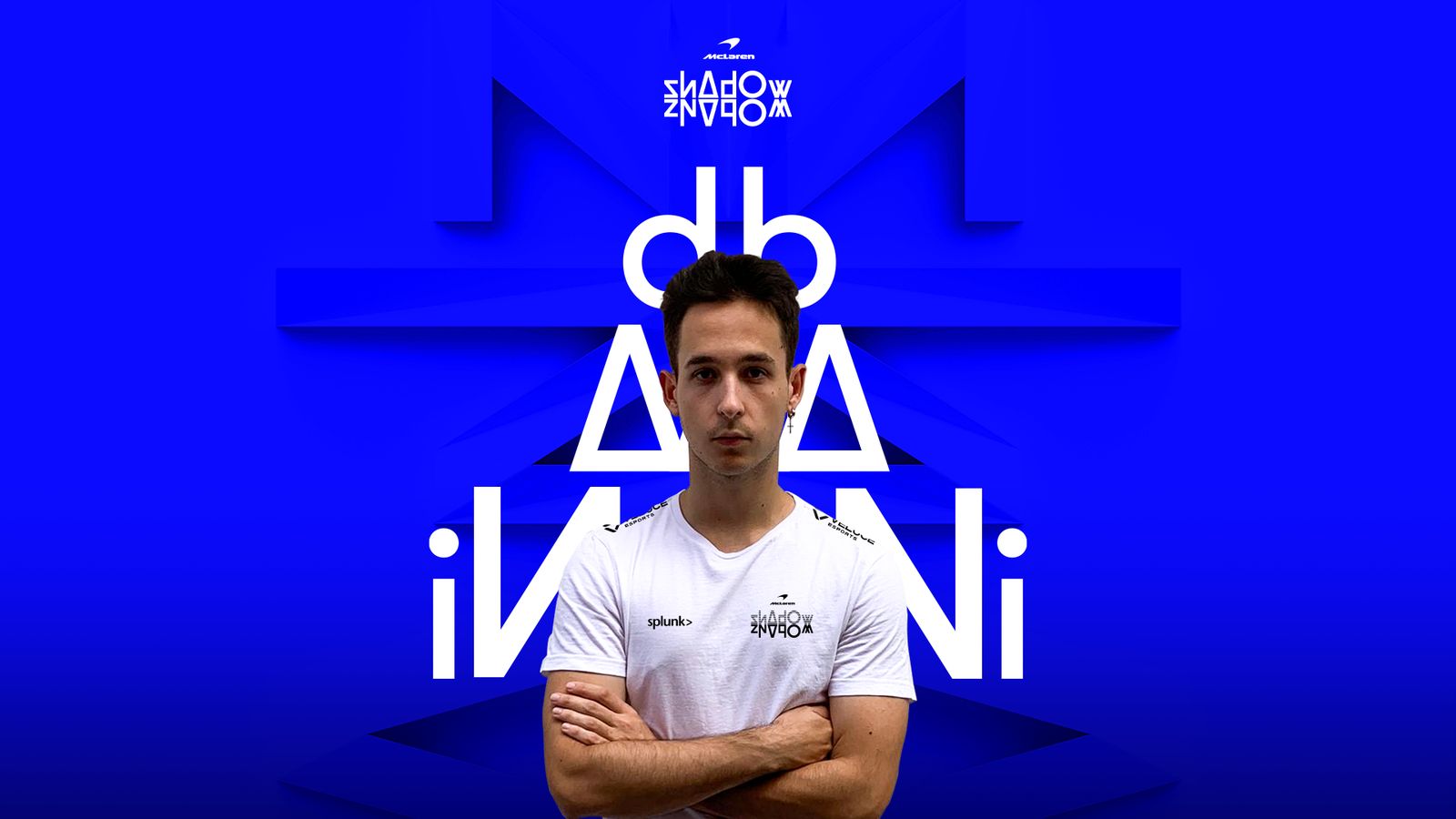 "Round One was tough for us, but we learnt a lot from it so now we can be better prepared this time, and the aim is to qualify in better starting positions for the race. However, the fact that we are racing around three of the smallest and fastest tracks in the game will make it really equal and tough."

"The team is preparing well heading into the second round of the F1 Esports Pro Series.

"Each circuit provides its own challenge, with Zandvoort being quite difficult to overtake, Canada will be tough for minimising corner-cutting penalties and Austria will be all about staying in the slipstream and DRS of the leaders being somewhat of a power track. 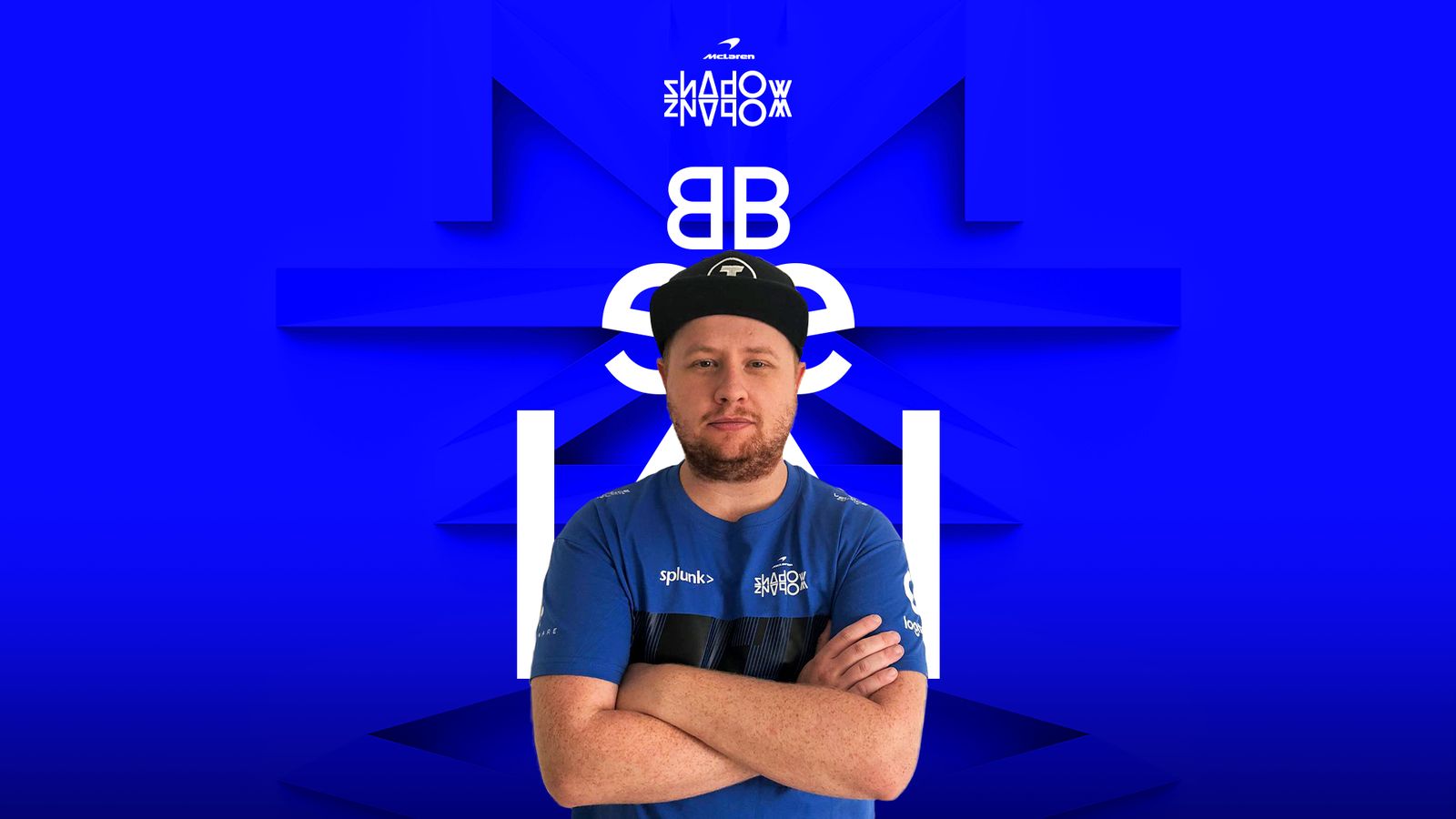 "We don't want to get ahead of ourselves but we've seen some promising speed from the boys in the build-up to this round, so we hope to be more competitive over these next few races. Still, the aim will be to consistently collect as many points as we can. This is an incredibly competitive and close grid of drivers so it can't be overstated how momentous it is to score points."

Following a tough first round, Shadow Drivers James Baldwin, Dani Moreno and Matthias Cologon have been using Splunk’s performance insight to drive incremental gains as we head to three of the shortest and fastest tracks on the virtual F1 circuit.

Splunk’s telemetry data enables us to take a look at some of the challenges facing the drivers in the Netherlands, Canada and Austria: 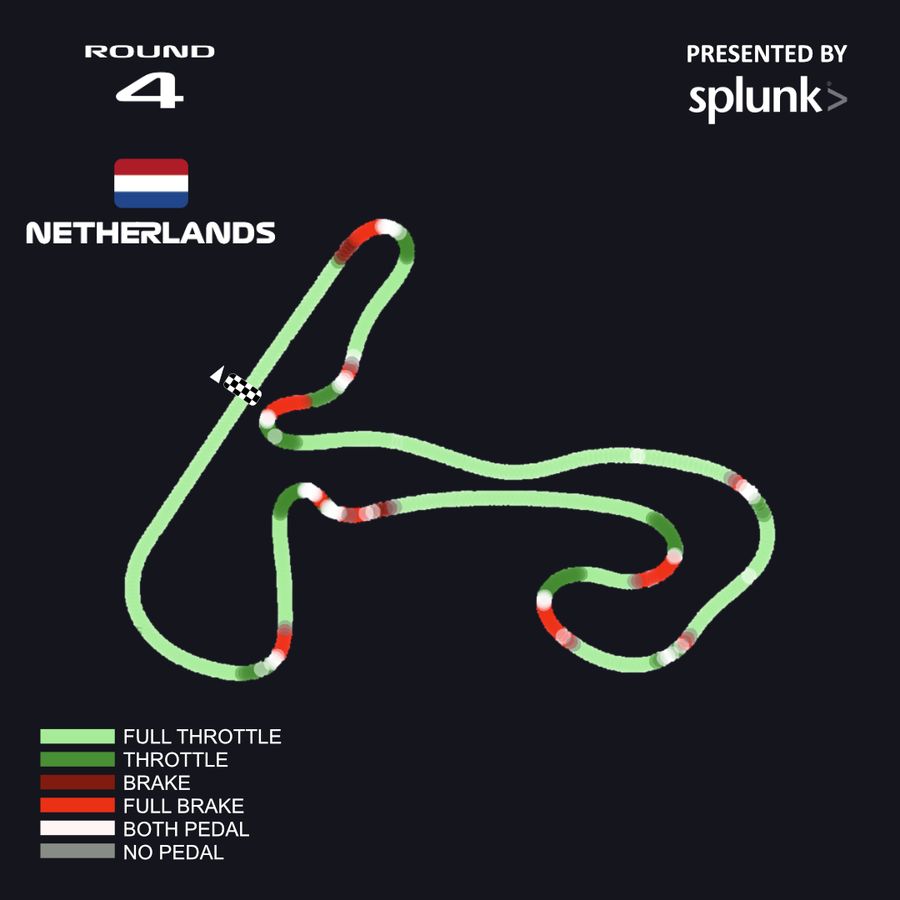 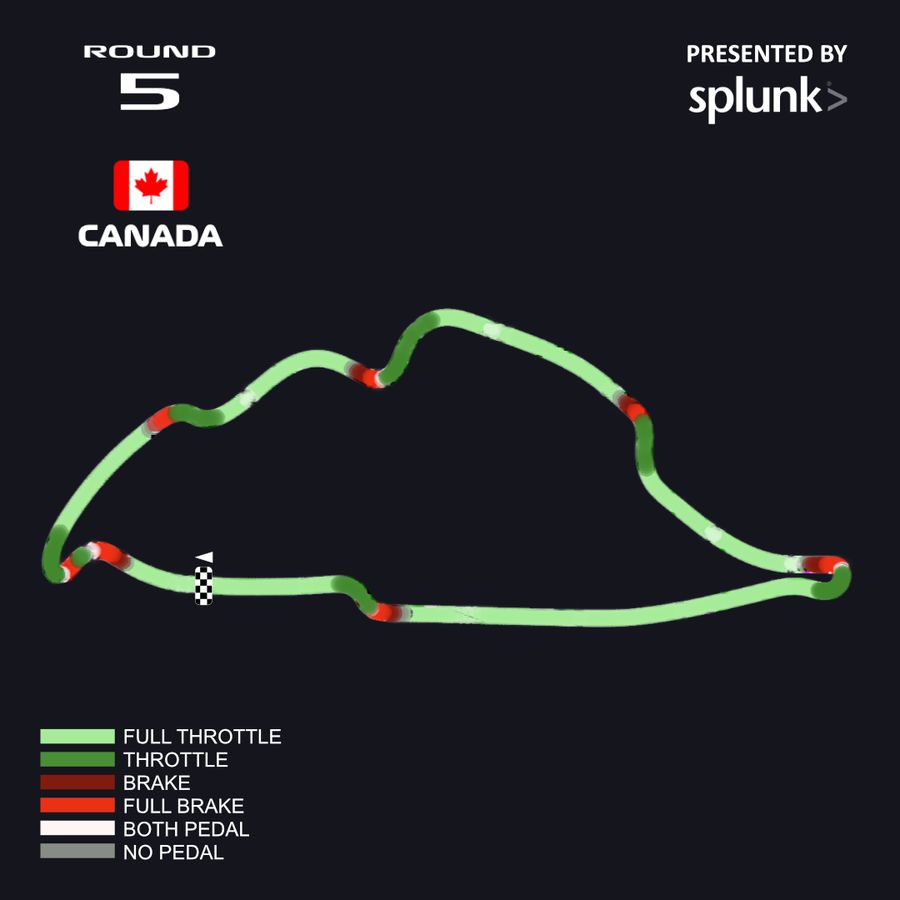 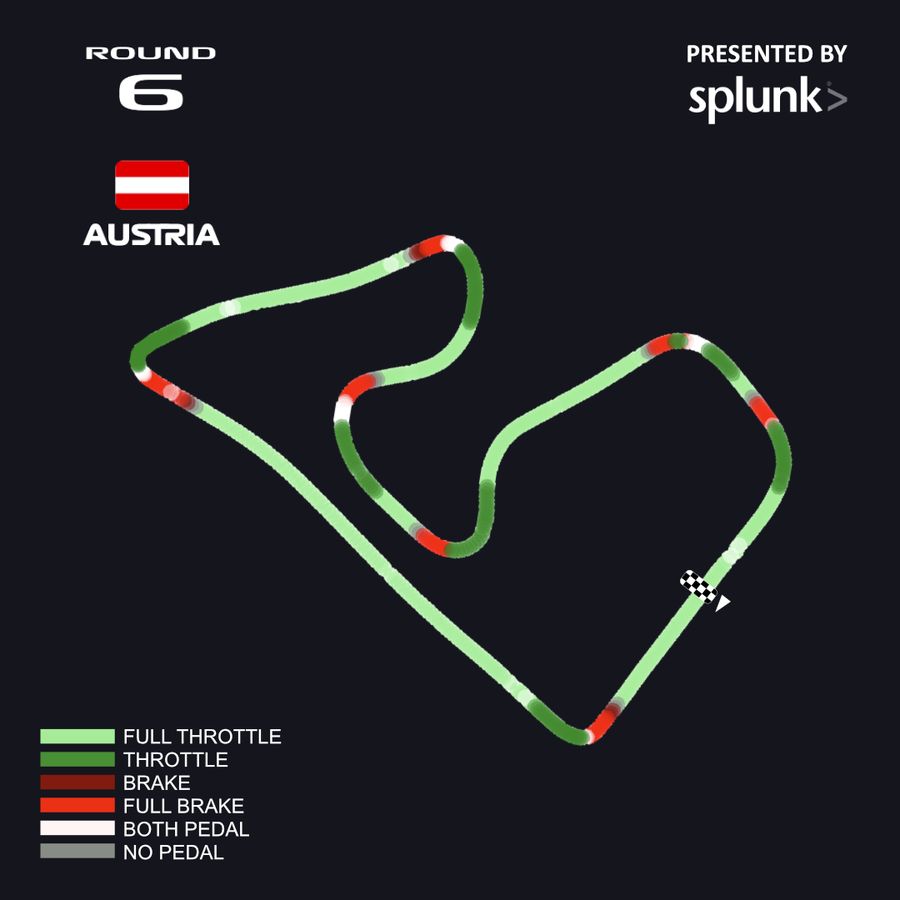 Circuit Zandvoort: Like the Hanoi Street Circuit in Round One, this will be the first time Zandvoort is raced around in a Formula 1 car since 1985, and the first time ever in the virtual world. The 2.6-mile circuit features 15 turns, including a number of fast and sweeping corners with camber, providing numerous overtaking opportunities, which helped the track gain popularity in the past. The drivers will be full throttle for much of the lap, so expect some quick lap times.

Circuit de Gilles-Villeneuve: A closed-street circuit, the Circuit de Gilles-Villenuve features barriers close to the track, which can catch out even the most experienced of drivers. The famed 2.7-mile circuit features 14 turns and plenty of high speed straights, with the cars under heavy braking at the hairpin curve and Turns 13 and 14 looking to avoid the “Wall of Champions”.

Red Bull Ring: For the final race of Round Two, the drivers head to Austria and a circuit which opened the delayed 2020 Formula 1 season. Again, a short 2.6-mile circuit with just 10 corners this track features heavy braking points, most notably at the end of the pit straight and Turn 2.