"To earn my first points in F1 Esports during Round Two was a big relief, and hopefully I can use this momentum to get even more in the next. I'm really determined to show what we are capable of in the second half of this season."

"Round Two was probably the hardest event yet, as the short tracks meant the gaps between the teams were closer than ever. I think we made solid improvements compared to Round One, getting our personal best results, and it's looking really promising for the remaining two rounds.

"I'm happy about the race in Canada. I went for the alternate strategy - starting on Mediums meant that my final stint was going to be on a faster tyre. However, the fact that we started so far down the grid meant we had to pit earlier and then manage our tyres, making our lives really difficult. Overall, our setup and driving was on-point, having the same pace as race leader was promising and getting P5 in the end proved we had a strong strategy."

“I was a little disappointed with my qualifying, even though I was only around half a tenth off P15, but I’m proud of my debut in F1 Esports. It's a really tough challenge as the field is so talented, but I made some good overtakes to move up the field. I’m grateful for this opportunity with McLaren Shadow and I look forward to developing with the team!” 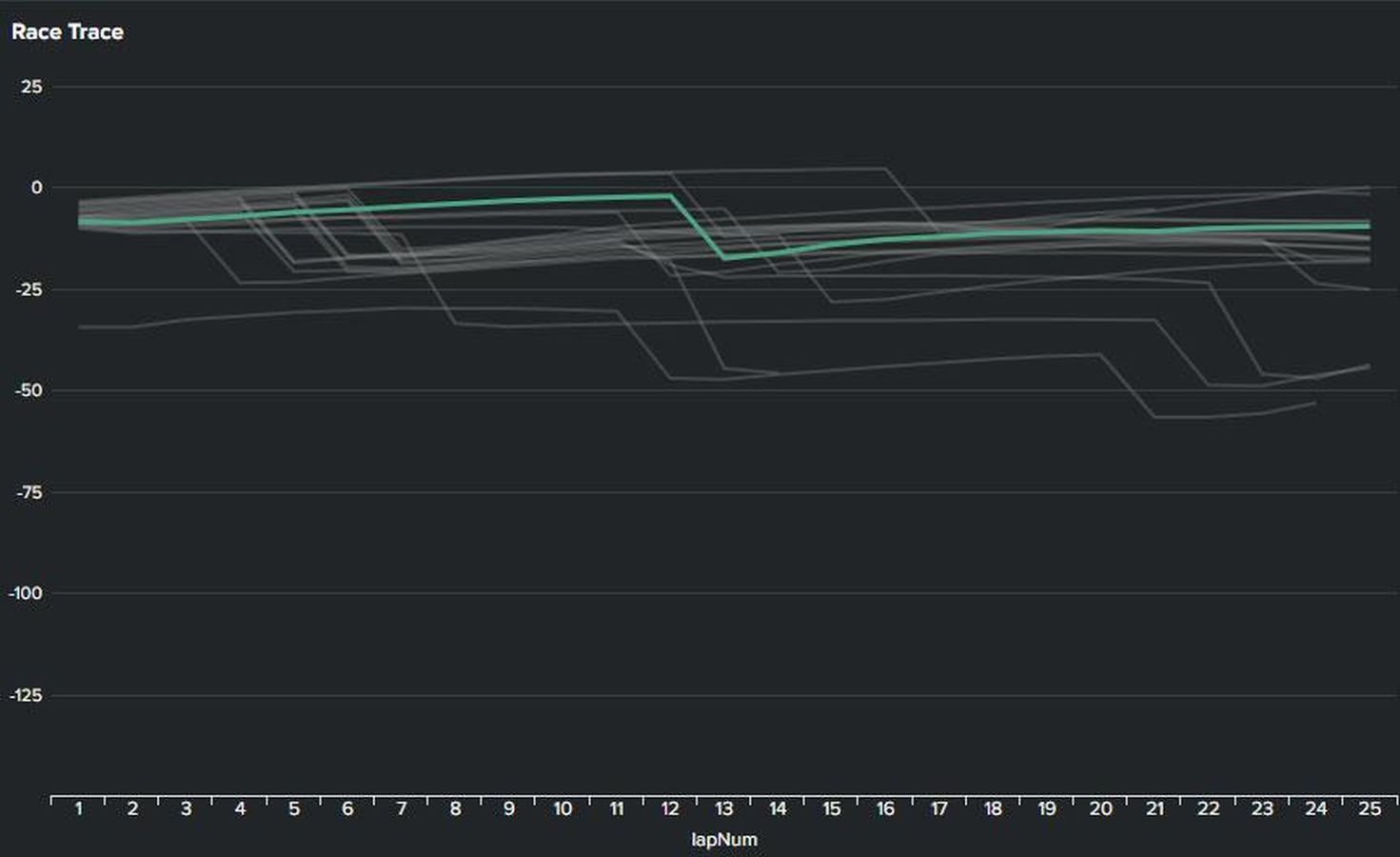 Splunk’s Data-to-Everything platform brings to life driver performance, supporting the analysis of the vast amounts of data available in the game. From the Race Trace and Tyre Wear dashboards below, we can see how Dani, employing an alternate strategy and starting on Mediums, stayed in the DRS train working his way up to third, picking off the Soft runners as their tyres degraded and they were forced to pit. An aggressive undercut on the other Medium starters on lap 12 gave him track position, and from there he continued to pick his way through the field to secure a strong points haul for the team (and be voted Driver of the Day).

“We made some real progress in the second event, whilst it wasn’t plain-sailing, I think our drivers did a solid job of developing their level of performance. Dani’s drive especially at Canada for P5 was an excellent example of the potential that we have moving forward.

“The first race started fairly well – James was super unlucky though to suffer from yet another technical issue which hindered his result at Zandvoort, but he bounced back immediately at Canada to score his first points in F1 Esports which is a massive confidence boost.

"Both our drivers, despite the strong finishing positions, really underperformed in qualifying compared to their true potential. However, as shown by Splunk’s data, we made really good use of an alternate strategy, looking after our tyres – ultimately it was this tyre management that allowed us to be so strong late on in the race.

“It was awesome to see Matthias out in his long-awaited F1 Esports debut in Austria. It was another tricky race but it’s critical to gain experience at this level, I look forward to see him develop further throughout this season.”