A confused weekend at the Nürburgring meant we left Germany reflecting on a race where the decisions taken were better than the result suggests. We dissect what happened to Carlos and Lando at the Eifel Grand Prix…

The ‘new normal’ is a phrase that’s been badly overused in the last few months but, within F1 circles and following an opening half the season that was distinctly abnormal, the last few weeks have seen F1 returning to something like its standard pattern. In theory, the Eifel Grand Prix, as a standalone round of the World Championship, held at a circuit that has hosted them 18 or 40 (depending on your point of view) times before, should fit into that bracket – but it didn’t. In the 21st century, F1 simply doesn’t venture into north-western Europe at this time of year: it follows the sun and usually sees it – the odd brisk morning in Austin or typhoon at Suzuka notwithstanding. The Nürburgring was very different to those. Biting cold and heavy fog dictated much of the weekend’s action. It was not business-as-usual, even for this strangest of seasons, but it did provide an interesting backstory for a compelling strategic narrative.

This was a very difficult race to judge. Friday’s practice was cancelled, with the medical helicopter unable to fly in the fog. With no long-run data to use, and no grand prix at the Nürburgring since 2013, the strategists – like everyone else – were having to do a lot of extrapolation from secondary sources.

“On a normal weekend, we wouldn’t worry too much about missing Friday because data from the past three or four years would provide a good indication of what to expect – but this wasn’t a normal Friday,” says McLaren F1 Head of Strategy and Sporting Randy Singh. “This was a new circuit for us because the cars are massively different to the V8-powered cars that last raced here in 2013. It meant there was a lot more uncertainty in the key parameters that help you decide on the strategy. Saturday’s hour of FP3 was very busy – but we didn’t get to cover all of the things we would want to cover at a new circuit. That meant we – and everyone else – went into the race with a lot more unknowns than would usually be the case. 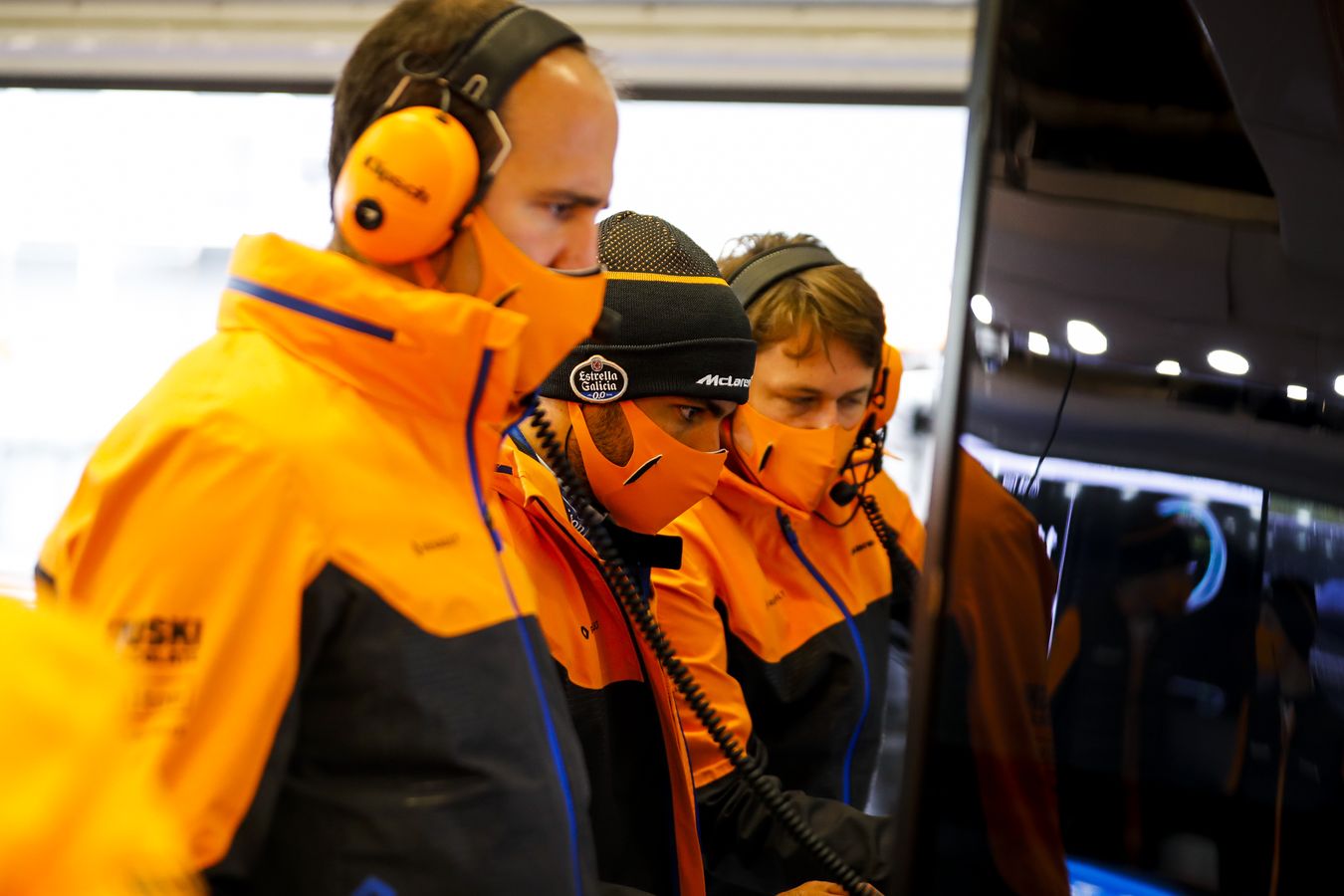 The gaps in the data were filled in from a variety of sources: the driver-in-the-loop simulator and offline sims; performance at previous races this year and, given the bitterly cold temperatures, performance during winter testing back in February at the Circuit de Barcelona-Catalunya. We even ran through data from the grand prix here in 2013, and earlier races.

Based on all of this, the best estimate for the Eifel Grand Prix was a one-stop race. The top 10 were all starting on a Used C4 Soft tyre, and it looked likely that the Soft compound could go far enough into the race for the Medium C3 compound to be the preferred choice for the second stint.

Lando made a good start from P8 and finished the first lap in P7. He ran a long stint on the Soft tyre and gradually moved up through the field as cars ahead pitted: moving up to P6 on lap seven when Alex Albon pitted and then P5 when Charles Leclerc stopped three laps later. With Leclerc out of the way, Lando was able to improve his pace and began pulling away from Sergio Pérez. By lap 17, he was up to P3 after Valtteri Bottas suffered a power issue and Daniel Ricciardo pitted at the very end of a short Virtual Safety Car period. 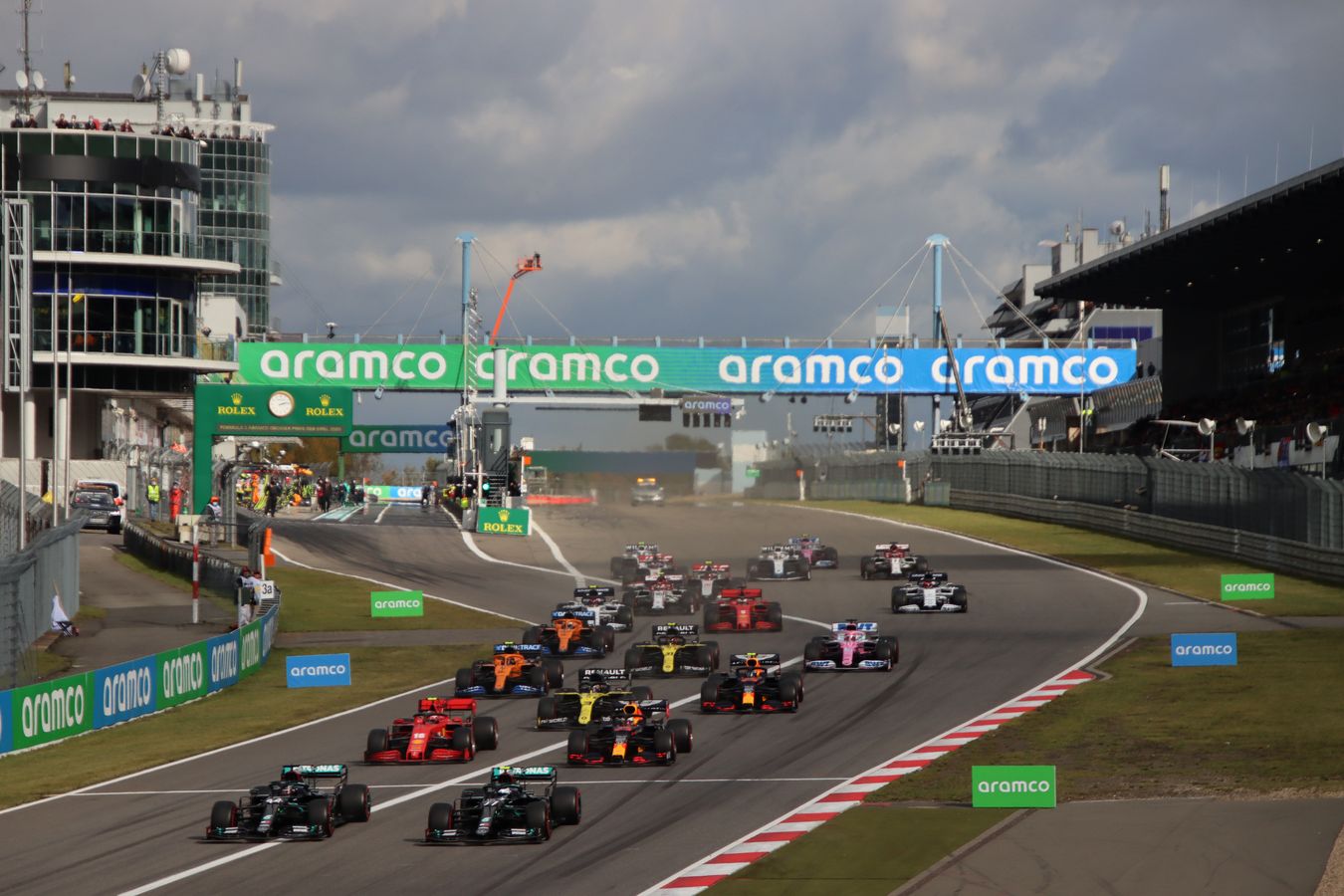 With a comfortable three-second margin over Pérez, Lando began to lose pace with an engine issue of his own. He pitted on lap 29 and dropped back to P6, losing a place to Pérez after being overtaken. He then let Carlos through on lap 33 and dropped back to P7, which turned into P6 on lap 36 when Leclerc made a second stop. There he stayed, battling an engine issue that eventually became terminal, forcing him to retire on lap 44.

Carlos ran a near-identical race to Lando, albeit with a different specification of car. Holding P10 at the start, Carlos moved up to P9 when Albon pitted, P8 when Leclerc stopped, P7 when Ricciardo pitted, P6 when Bottas retired and P5 on lap 22 when Esteban Ocon retired. Carlos stayed there until his own pit-stop on lap 28, whereupon he emerged in P7, before changing places for P6 when Lando moved aside. That turned into P5 when Leclerc stopped. He was the last car on the lead lap, running five seconds behind Pérez, and both were beginning to haul-in Ricciardo when Lando’s retirement required a Safety Car. All three stopped for Soft tyres, effectively resetting everyone’s strategy and neutralising the race to the flag.

Until he began experiencing power problems, Lando’s race was looking very promising, and he was a good bet for a podium finish. He could maintain enough of a gap over Pérez in the opening stint to be able to react to the Mexican’s pitstop, rather than having to force the issue. The plan, therefore, was to run long, continue to build a pit window over midfield runners and let the race take its natural course. That changed when he began suffering power drop-outs and Pérez was able to close the gap. Lando made his one and only pit-stop on lap 29, a lap after Pérez.

“The issue dropped us into the clutches of Pérez, so when he boxed, we had to cover on the next lap,” says Randy. “We were very sure we were going to get passed by Pérez – but you have to attempt to execute the best race regardless. We gave ourselves the best chance by coming out in front of Pérez, but the issue allowed him to get by. Even with the pace reduction, Lando was still on for a very good result – before the issue became terminal. Strategies do change when you have a problem like this one but because it hit Lando quite late in the stint, it didn’t really change what we did too much.

Carlos was called into the box on lap 28 because Ricciardo, on fresher tyres, was closing in and the team didn’t want to lose any time fighting for largely irrelevant track position. Ricciardo had pitted at the very end of the VSC period but the track went green before either McLaren reached the pit entry. At that point there was no advantage to an early stop and, in a race where track position was largely static, running long created the potential to take advantage of any subsequent Safety Car periods or, as was the case, build up a useful tyre delta allowing Carlos to attack at the end of the race. Unfortunately, the late race Safety Car effectively neutralised that particular chase. 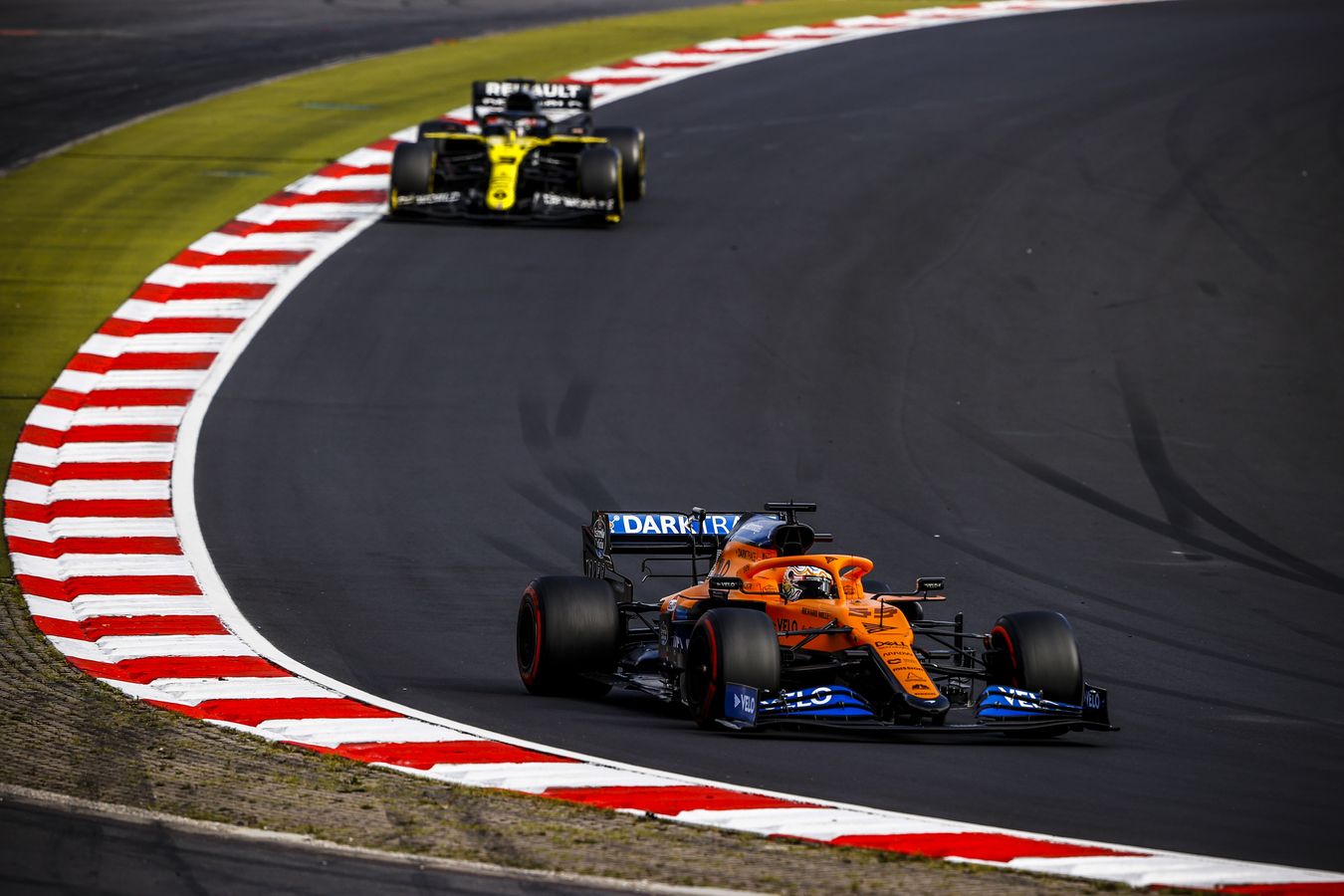 “Pérez and Ricciardo were quicker than us, but after the pitstops we thought we had a chance to overhaul Ricciardo at the end of the race because of the different strategies in play,” says Randy. “Because he stopped early under the VSC, we thought he would either need to stop again or stretch his tyres quite far. It wasn’t clear if we had a good chance of beating him or not – but the Safety Car ended that conversation by resetting all of the strategy differences.”

Fifth and a DNF at the Nürburgring was an unsatisfying result when the strategic position after 25 of the 60 laps had looked considerably stronger – but unpredictability is at the core of sport’s appeal. We’re happy with the strategy calls we made at the Nürburgring and get to take another voyage into the unknown next week, when the Algarve International Circuit in Portimão hosts its first Portuguese Grand Prix.

A strange weekend at the Nürburgring

Thoughts on the Eifel GP

"Carlos raced to a good P5 and scored 10 important points"