An engineer's guide to Free Practice for the Austrian GP

An engineer's guide to Free Practice for the Austrian GP

Haven’t you heard? We’re back!

That’s right, the 2020 Formula 1 season is underway – starting with Free Practice for the Austrian Grand Prix. In our exclusive live commentary during FP1, available on the McLaren App and website, McLaren F1 race engineer Will Joseph provided the lowdown on what we’re up to on F1’s ‘first day back at school’. But just in case you missed it, here’s what Will had to say…

Despite everything that’s happened, we’re starting the season with what should look like a pretty normal practice session. In effect, from the outside, I don’t think you’ll notice a difference in the run plan. Drivers will get on with it, we’ll be collecting our data. On the face of it, it’ll look like business as usual.

We may, perhaps, do a few more laps than would otherwise be the case. Obviously, the drivers haven’t driven an F1 car since winter testing, so we’ll aim to give them slightly more running than usual. We’ll design the plan to give them a nice car to drive at the start of the session, and let them go out and get comfortable with the MCL35 again.

We’re one of the teams that hasn’t had a test session or a filming day. We have done some F3 stuff but there will be a small amount of adjustment required coming back into an F1 car – but we expect the drivers to get up to speed very quickly, and so do they.

It’s not just the drivers that need to blow off the dust. An important part of the practice sessions is doing live pitstops. We won’t be doing more than normal because we generally try to do as many as we can anyway.

A circuit of two halves

Driver acclimatisation aside, the goals for FP1 are to study aero and evaluate some minor updates compared to the car we took to Australia. It’s very little, given the length of the shutdown – nothing dramatic like a new front wing or floor. From the outside, it won’t be anything noticeable – but we do have a couple of items to test.

Regarding aero, as usual, we’ll be aiming to maximise our time by having the two cars run slightly different aerodynamic specs in FP1 and do a different series of set-up tests.

The Red Bull Ring is definitely a circuit of two halves. The first half is comprised of three straights, the second half has the corners. Effectively, you want low drag for the first half and high downforce for the second – and you can’t have both!

Usually, on a circuit with such a high proportion of straights, we’d be lowering our downforce level – but in Austria the three DRS zones affect our thinking. Each straight has DRS, which means you’re willing to run more downforce because, in qualifying, with the DRS open, you effectively shed that downforce.

That doesn’t mean we’ll run high downforce as would be the case in Barcelona or Budapest, but equally, you won’t go very low. Where we end up may be based around the weather: cold, wet or – bizarrely – really hot, will push to towards more downforce, but if it’s somewhere in the middle, you may be willing to take a bit off. 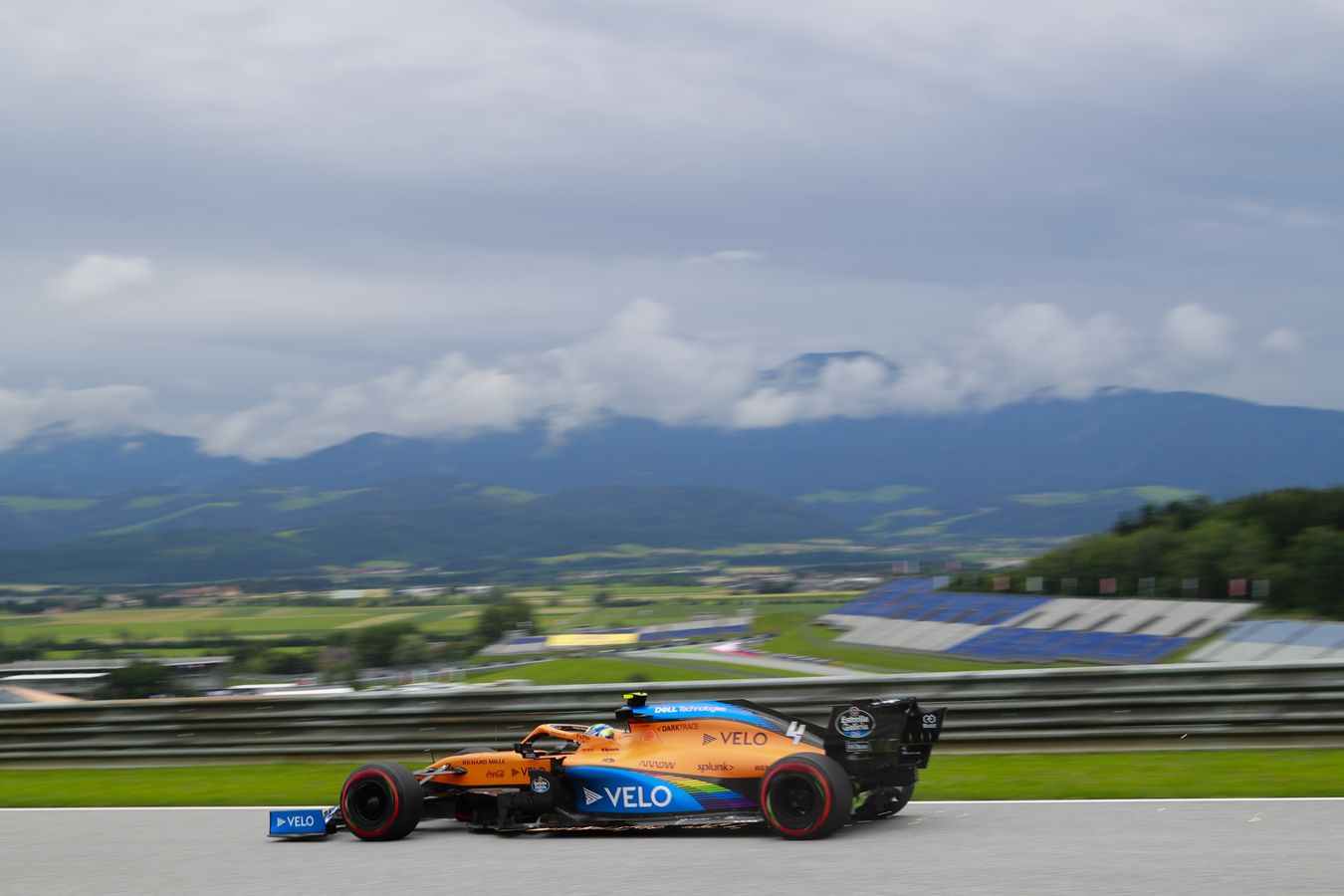 The other interesting set-up item in Austria is roll-stiffness. The nature of the elevation changes means there’s quite a lot of warp and camber in the corners. To cope with that you run softer in roll – not to Monaco levels but definitely not as stiff as at other high-speed circuits.

The two-halves nature of the track comes into play again here, because from Turn Five onwards, you want a stiffer car. We’ll most likely start somewhere in the middle and investigate that throughout the sessions on Friday.

As always, we’ll be investigating tyre performance across the Friday sessions – but because we have the same compounds as last year, there’s perhaps a little less mystery to them than has been the case in previous seasons.

Pirelli, rather than the teams individually, are specifying the allocation this year. They’ve been quite conservative here, going 8 (soft) 3 (medium) 2 (hard). Given a choice, we would probably have opted for 9-2-2 but it doesn’t affect your ability to get to qualifying with the tyre allocation you want.

While the tyres are the same as last year, the track is not. The kerbs at Turns Nine and Ten have been removed. That may affect how aggressive the drivers can be. The composites techs will be happy as those corners tended to damage a lot of front wings – but there’s still a nasty transition to watch out for, dropping down onto the flat at T10.

Other than this, we’ll be learning to work with a lot of special measures and a very different set of operating procedures. Watching on TV, facemasks notwithstanding, once the cars are on track it should look normal – but there’s a lot going on behind the scenes to keep everyone safe.

A letter from Zak

We Race as One meets MCL35

Unveiling a special update ahead of the 2020 season restart