Ahead of the title decider, join us as we take a closer look at the car that’s brought us to within touching distance of another historic FIA Formula One World Championship double: the MP4-14.

There’s no denying that this has been an incredibly competitive season in an era of relatively unfettered technical development. Having won both the constructors’ and drivers’ titles in 1998 with Mika and the MP4-13, you’d be forgiven for thinking our safest bet would have been to approach 1999 with an evolution of that car. After all, it had won nine of the 16 grands prix and finished one-two in five of those races.

But F1 is a constantly changing sport that demands excellence: if you’re not continuously moving forwards, you’ll soon be going backwards relative to your competition. When it was launched, while the new car resembled the old at first glance, it was 90% new and considerably different in detail. 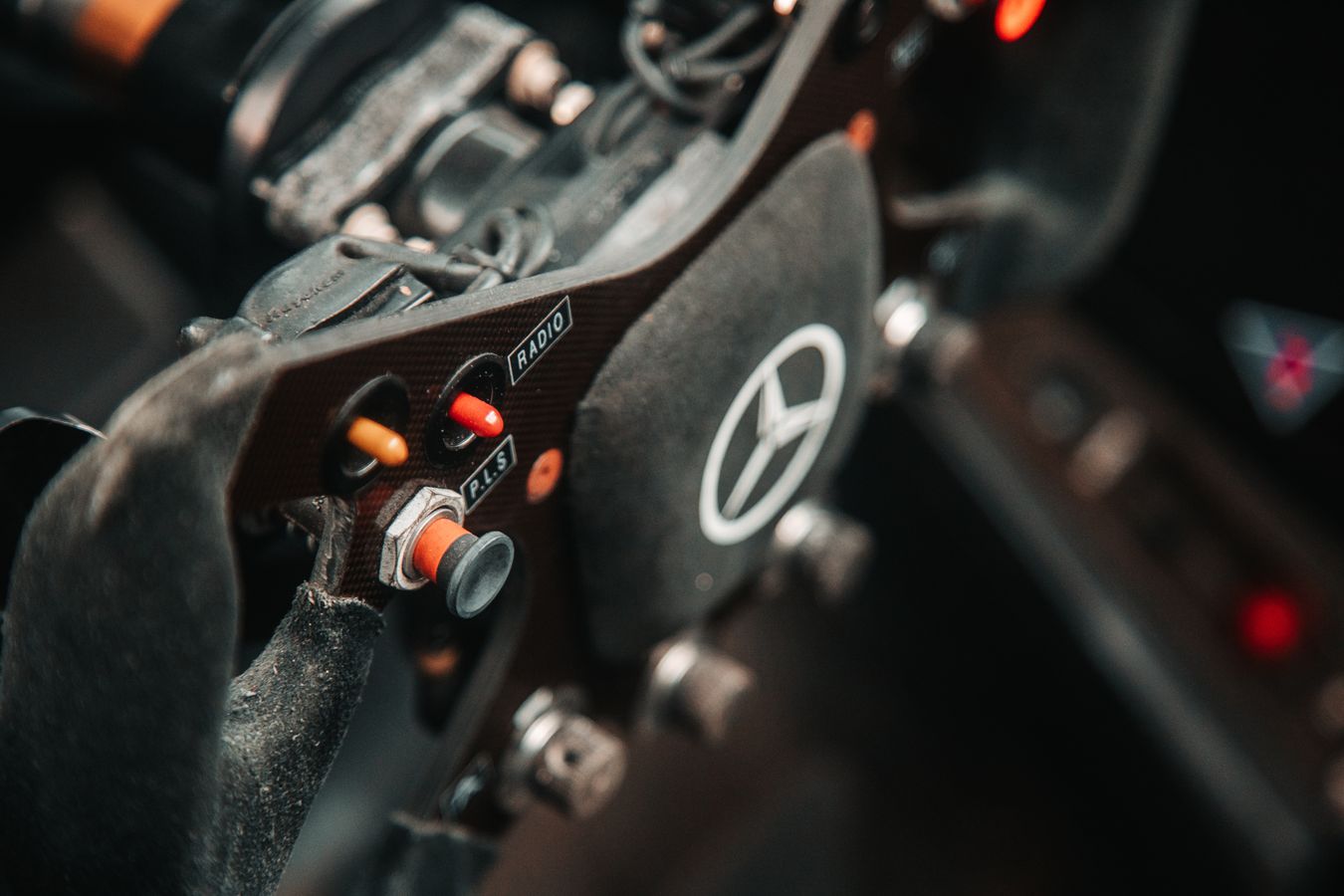 Chief designer Neil Oatley and technical director Adrian Newey carried over the lessons drawn from last year’s experience in running to new aerodynamic regulations and using Bridgestone tyres. While ’98 demanded a major reset in technical thinking, with narrower, higher front wings and grooved tyres, for ’99 the rules remained stable apart from the tyres now having four mandatory ‘grooves’ rather than three and the introduction of wheel tethers.

As Oatley explains, this stability enabled us “to push the design of the MP4-14 more than we would have been comfortable with the previous year. We had more time with the next car and could afford to be more adventurous in some of its mechanical aspects.” 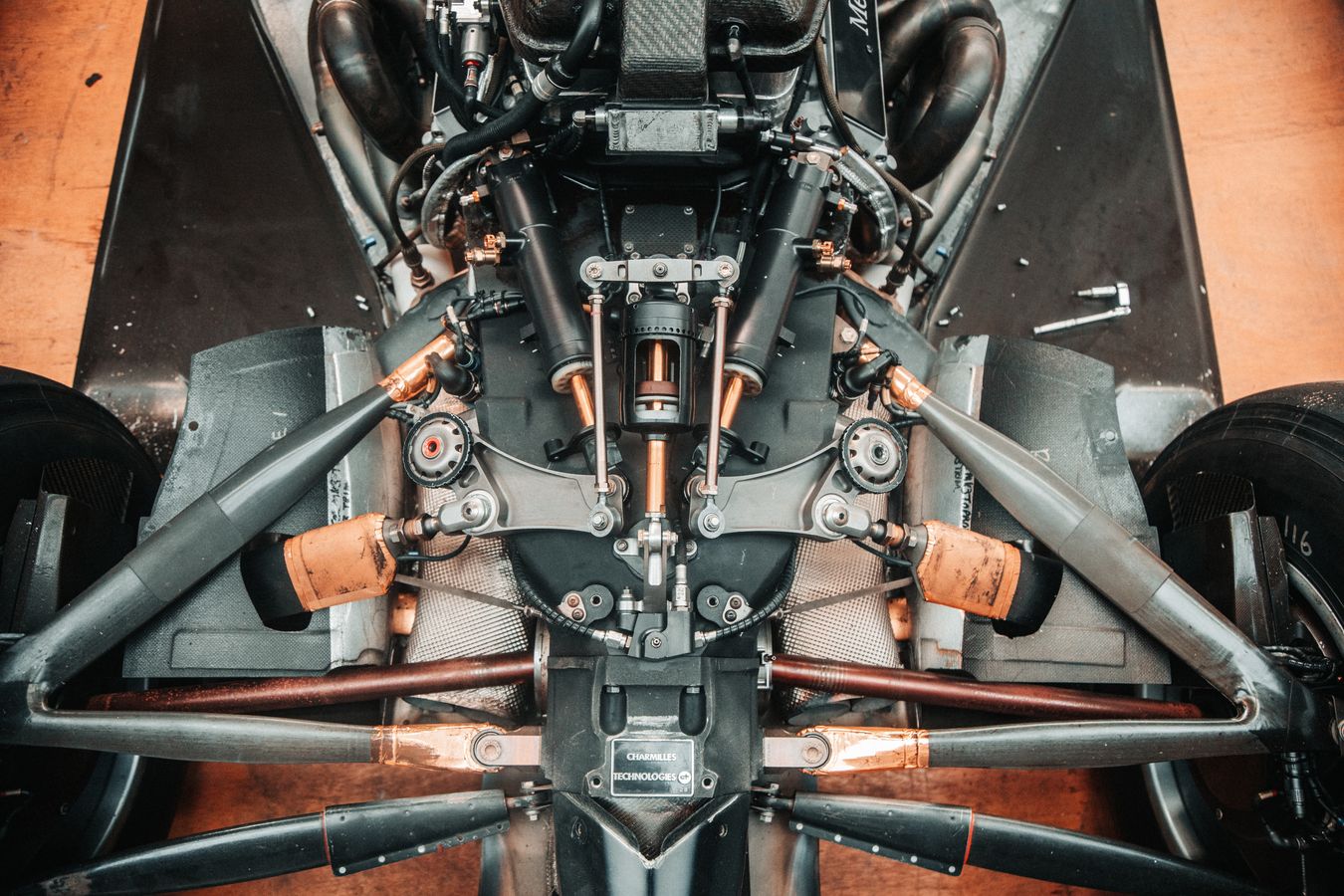 Last season, many teams experienced problems with ‘graining’ of the front tyres, where the raised sections of surface rubber between the grooves overheated and rolled away. One of the focal points of the MP4-14 programme has been an effort to minimise this phenomenon, by keeping the contact pressure stable and reducing the understeer that had characterised the ’98 car.

This entailed not only a new nose profile, with a more pronounced downwards swoop towards the redesigned front wing, but also a slightly different front suspension geometry. The MP4-14 also features a more scalloped profile underneath the nose to improve overall airflow. It sounds like a simple step to take, but it’s one that demanded clever design in order to pass the FIA’s rigorous crash-testing process. 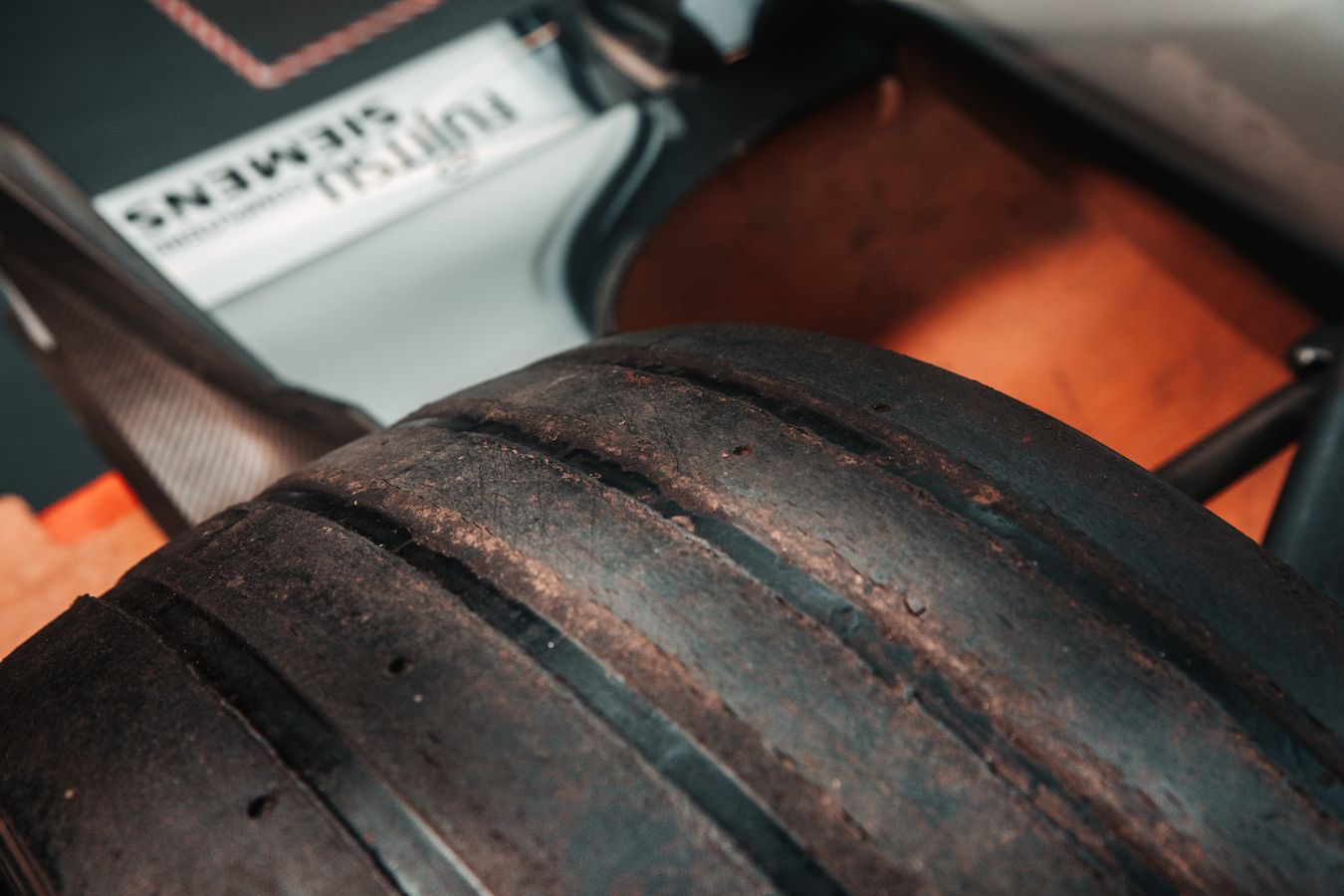 Changes underneath the skin enabled our aerodynamicists to reprofile the rear bodywork around the engine cover and sidepods, optimising the airflow around and over the rear wheels. New torsion-bar rear suspension aimed to minimise aerodynamic blockages between the rear wheels and the transmission cover, as well as making best use of a lighter, shorter and lower gearbox.

We relocated the oil tank and hydraulic system to enable the bodywork to be tighter, and Mercedes-Benz supplied a lighter, lower, more powerful 3-litre V10 engine – type designation FO110H – producing around 785 bhp. Not only is this year’s car lighter than the MP4-13, giving us more scope to add ballast strategically to optimise the handling for different circuits, the centre of gravity is lower too. 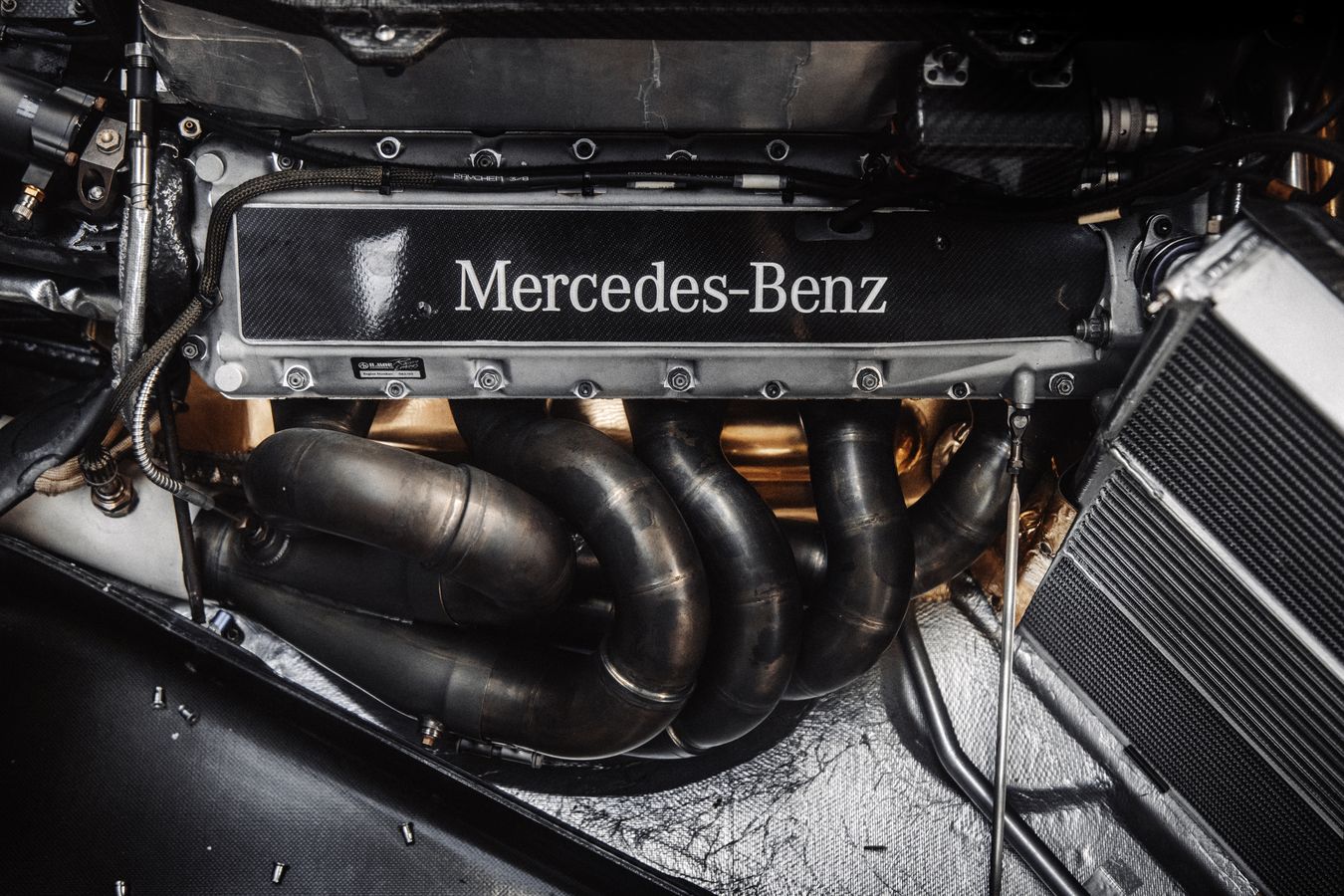 In terms of outright pace, the MP4-14 has been a huge step forward from its already successful predecessor, but with additional sophistication and complexity have come reliability issues. At the season-opening Australian Grand Prix, Mika qualified on pole with David alongside, just as they had done 12 months earlier. But, instead of recording a dominant one-two finish à la ’98, both retired – David with transmission failure, Mika with a throttle-actuation glitch.

This has proved to be a frustrating theme throughout the year as Mika and David have frequently been fastest of all in qualifying, only to not make it to the chequered flag. The new gearbox was the culprit in several cases, while Mika lost a rear wheel to hub failure at Silverstone and spun off at Imola and Monza. David had a race-ending spin at the Nürburgring, emphasising that while the MP4-14 was a very fast racing car, it is harder to drive than the MP4-13. 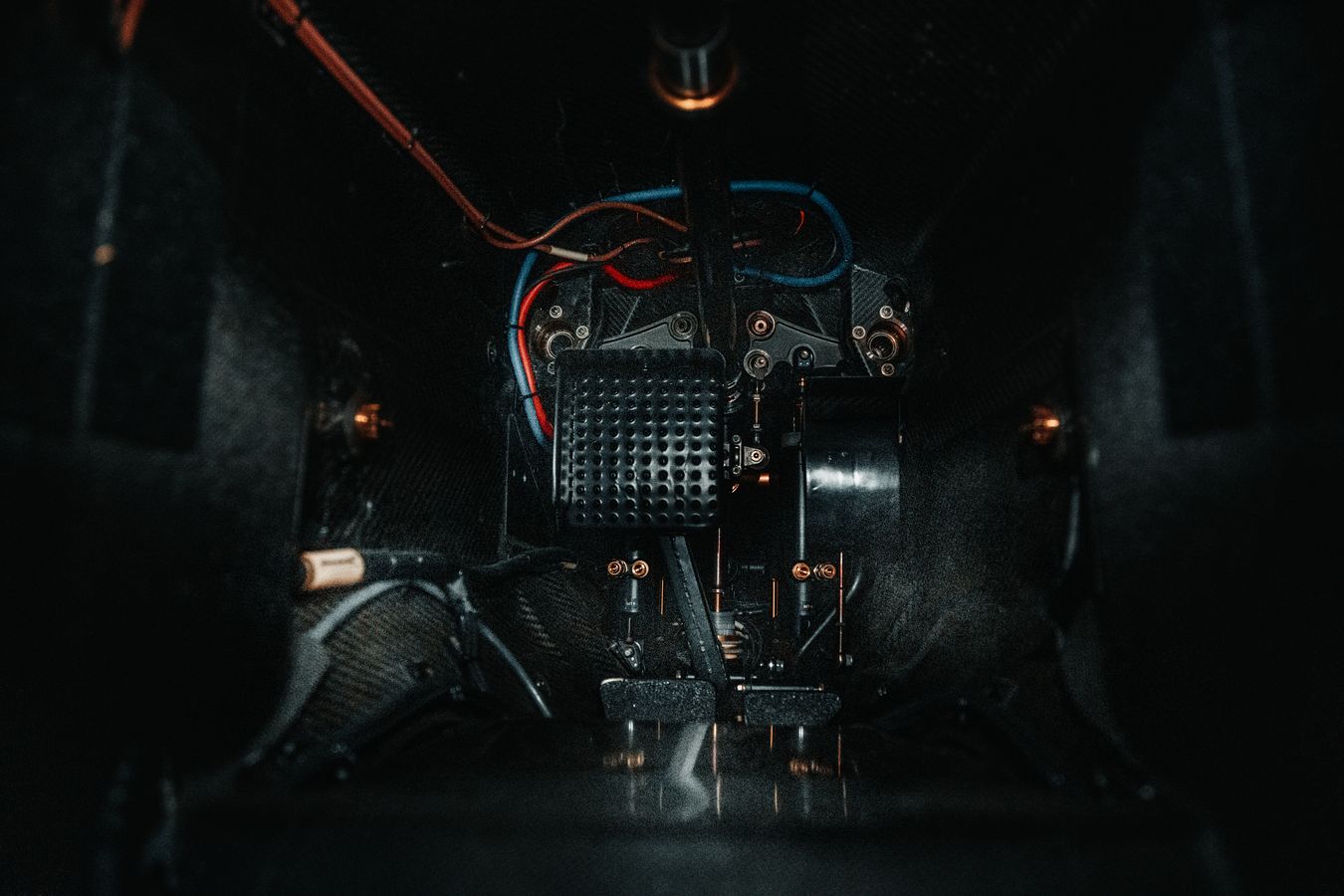 Nevertheless, the car has still amassed six victories so far this season. While it undoubtedly could have been more, the MP4-14 has undergone a relentless programme of development to ensure we continued to fight at the front of a fiercely competitive field. Despite being the final race of the season, there has been no let up ahead of Suzuka – where the car will benefit from further refinements – as we to look to add one more victory to our tally for ’99 and give ourselves the best chance of winning the drivers’ and constructors’ titles for the second consecutive year. 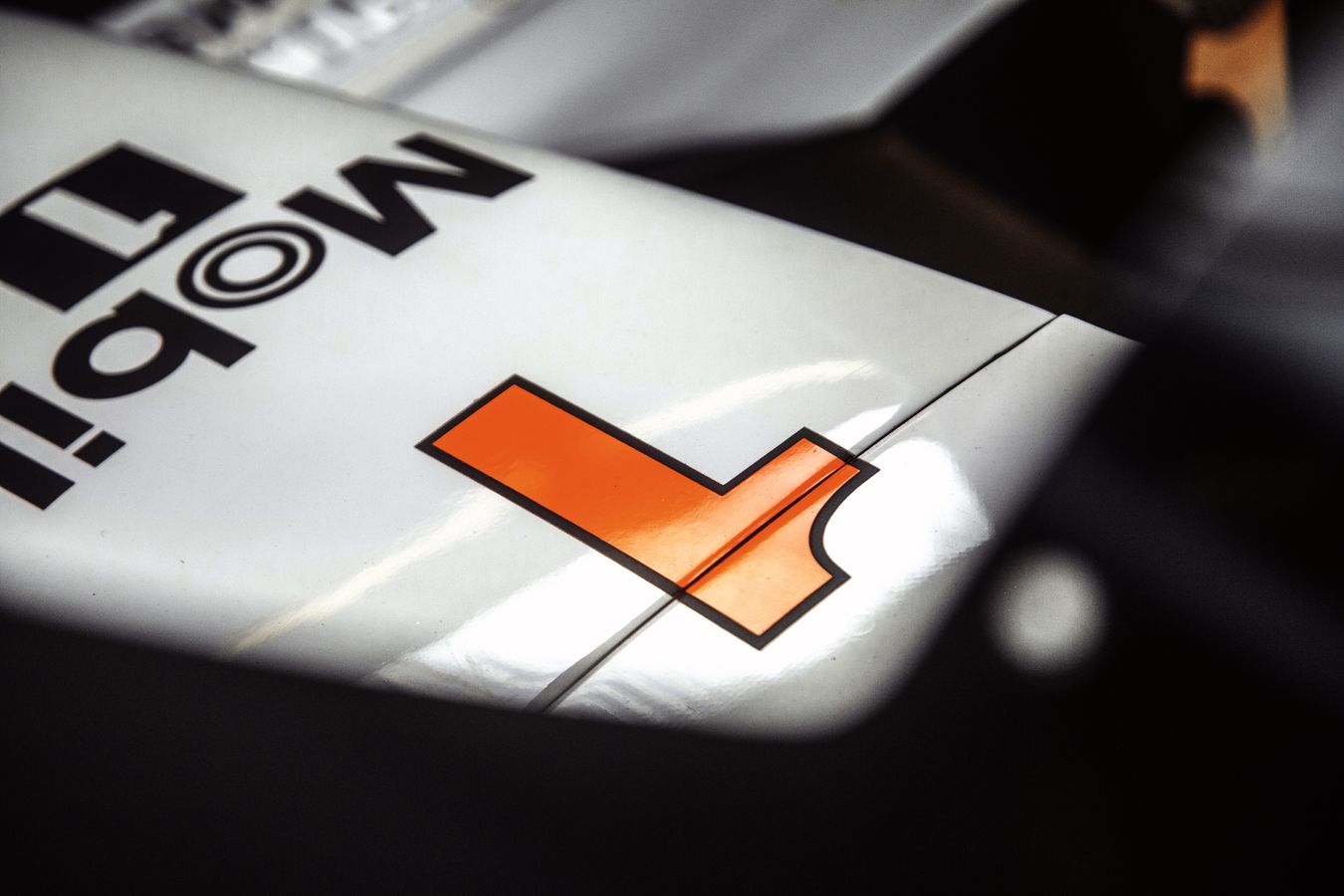