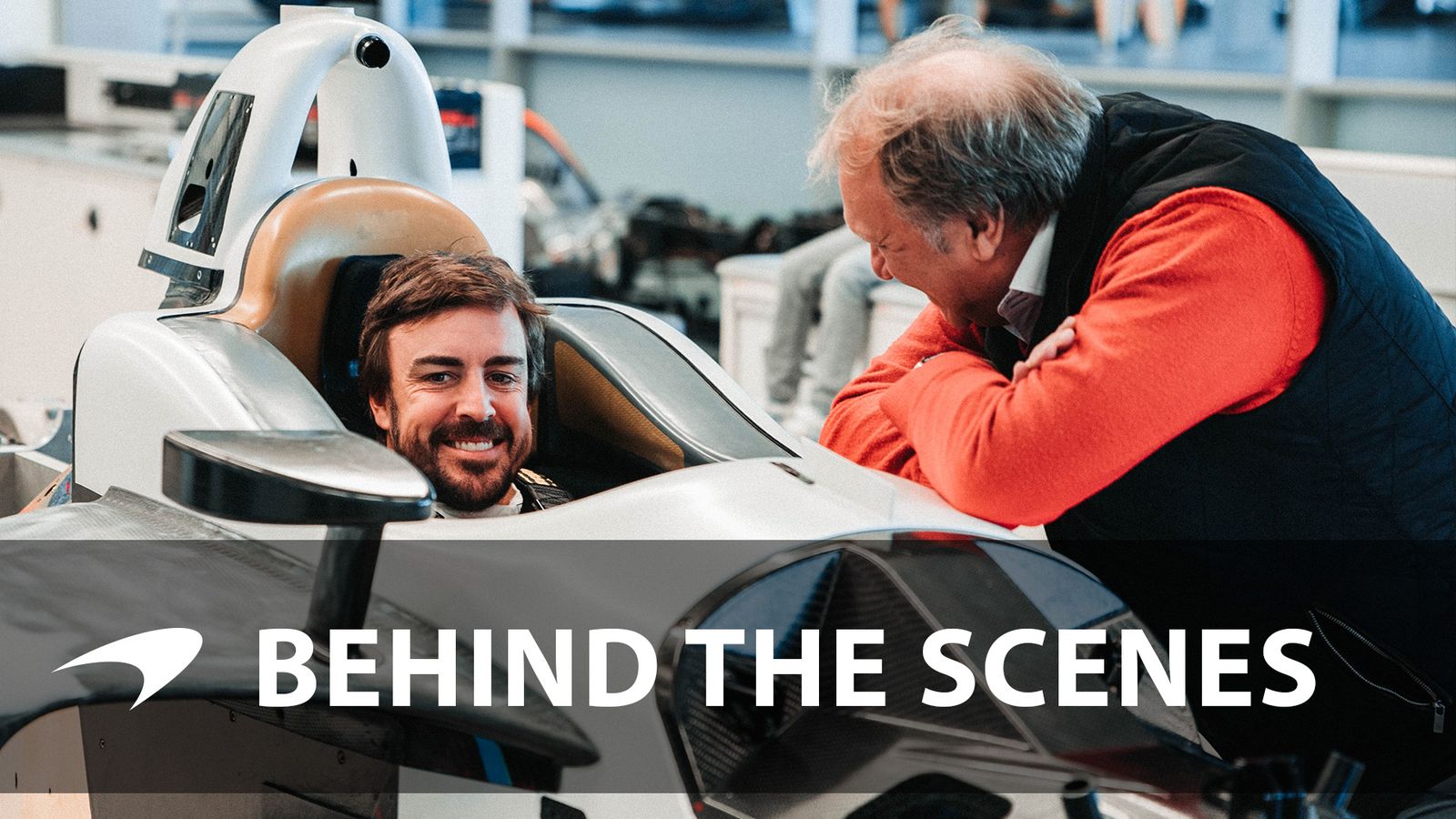 Fernando took another step towards motor racing’s ‘Triple Crown’ recently as he visited the McLaren Technology Centre for his 2019 IndyCar seat fit.

Only one other driver – Graham Hill – has won the Monaco Grand Prix, the Le Mans 24 Hours and the Indy 500, and this May Fernando is determined to equal that feat. It’s his second attempt to conquer the legendary 500-mile race after his impressive debut with McLaren in 2017.

Preparation is the key to building a successful Indy 500 bid – until recent years, practice and qualifying lasted almost the whole month of May. But the job begins long before then, and one of the key tasks is to ensure Fernando is comfortable in a car in which he’ll turn left 800 times at an average of 230mph, while his head and body are buffeted by forces up to four times that of gravity.

Just like a Formula 1 car, the IndyCar’s cockpit is individually finished to suit each driver’s size and shape, but there the two disciplines begin to diverge. Every F1 team designs and builds their own car, and every element of it is as tightly packaged as possible. The space allocated to the driver is every bit as ‘size zero’ as the sidepods and engine bay. On top of that, the driver’s seat is built to be removable – with the driver still in it – in case of an emergency. 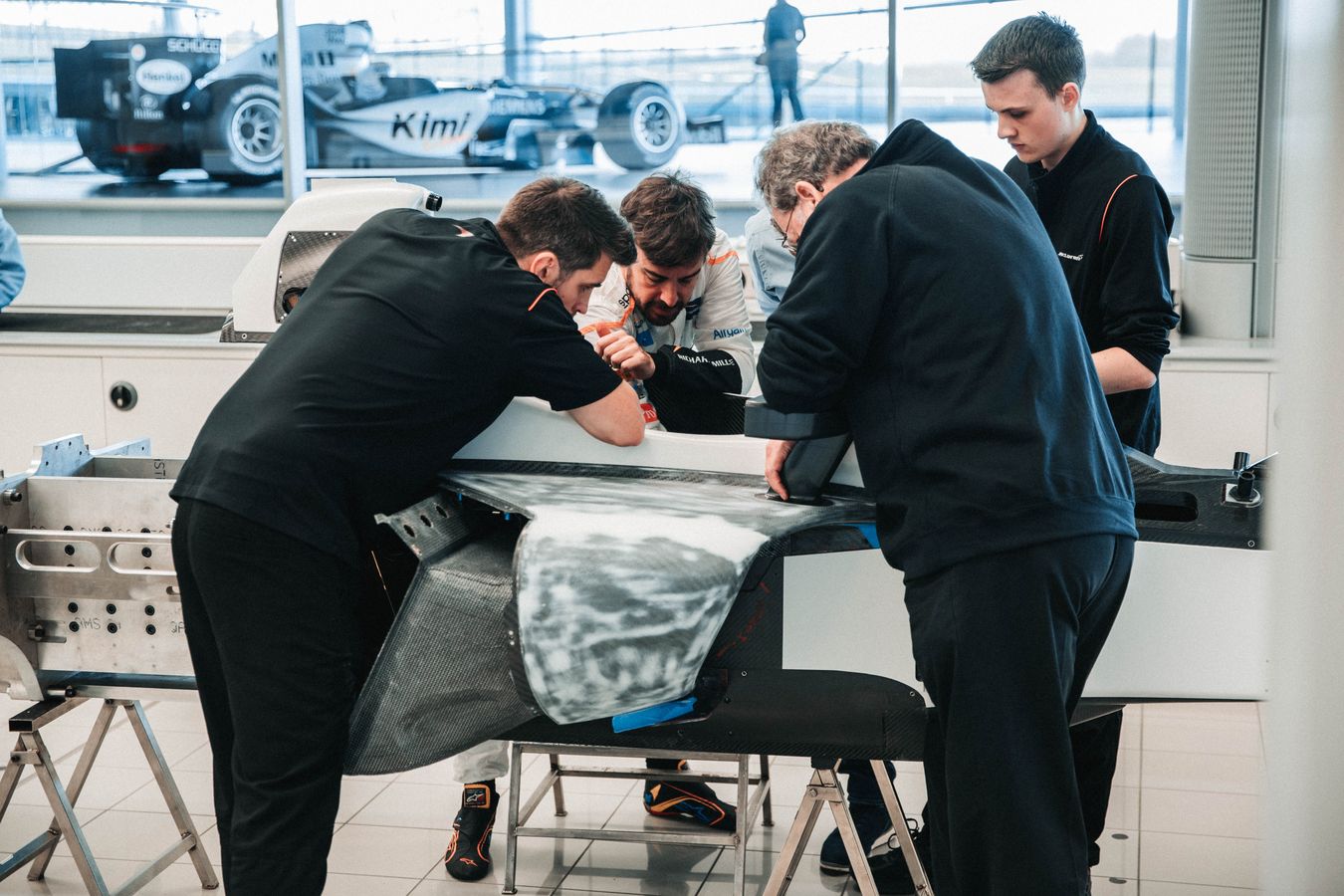 In contrast, IndyCars are all built by a single supplier with a number of different engines in mind, and the cockpit is more generously proportioned to admit a broader variety of body shapes. Given the number of oval races with high average speeds on the calendar, comfort is a higher priority because driver fatigue can have dangerous consequences.

“In Formula 1 the seat is built so that it can be extracted from the car with the driver in it after an accident, and it’s basically a hard carbon-fibre shell,” says Liam Dance, Fernando’s number one mechanic.

“The cockpit of an IndyCar is a lot bigger, and it’s got more padding, so the seat itself is actually foam rather than carbon. Since the car is set up for going around an oval – high speeds, and all left-hand turns – the padding on the right-hand side is very important to get right, particularly around the head.”

IndyCar and F1 seat fittings begin very similarly. The driver sits in what is, in effect, a very large beanbag. Once the driver and mechanics feel that the position is right - both in terms of being able to reach the controls and being high enough to see out of the car - the bag is filled with a resin that sets the foam beads.

For F1 cars the moulding from the driver is digitally scanned, and the composites department then use that scan to build a carbonfibre shell. For IndyCar the foam moulding is trimmed and covered in fabric to be fitted into the cockpit.

“With both types of cockpit you get your pedal position and your seat belts set according to the driver’s preference and to make sure they can see out properly,” says Dance. “Then with Fernando in the IndyCar we paid a lot of attention to optimising the padding and giving him different options depending on how much support his head needs in the race. 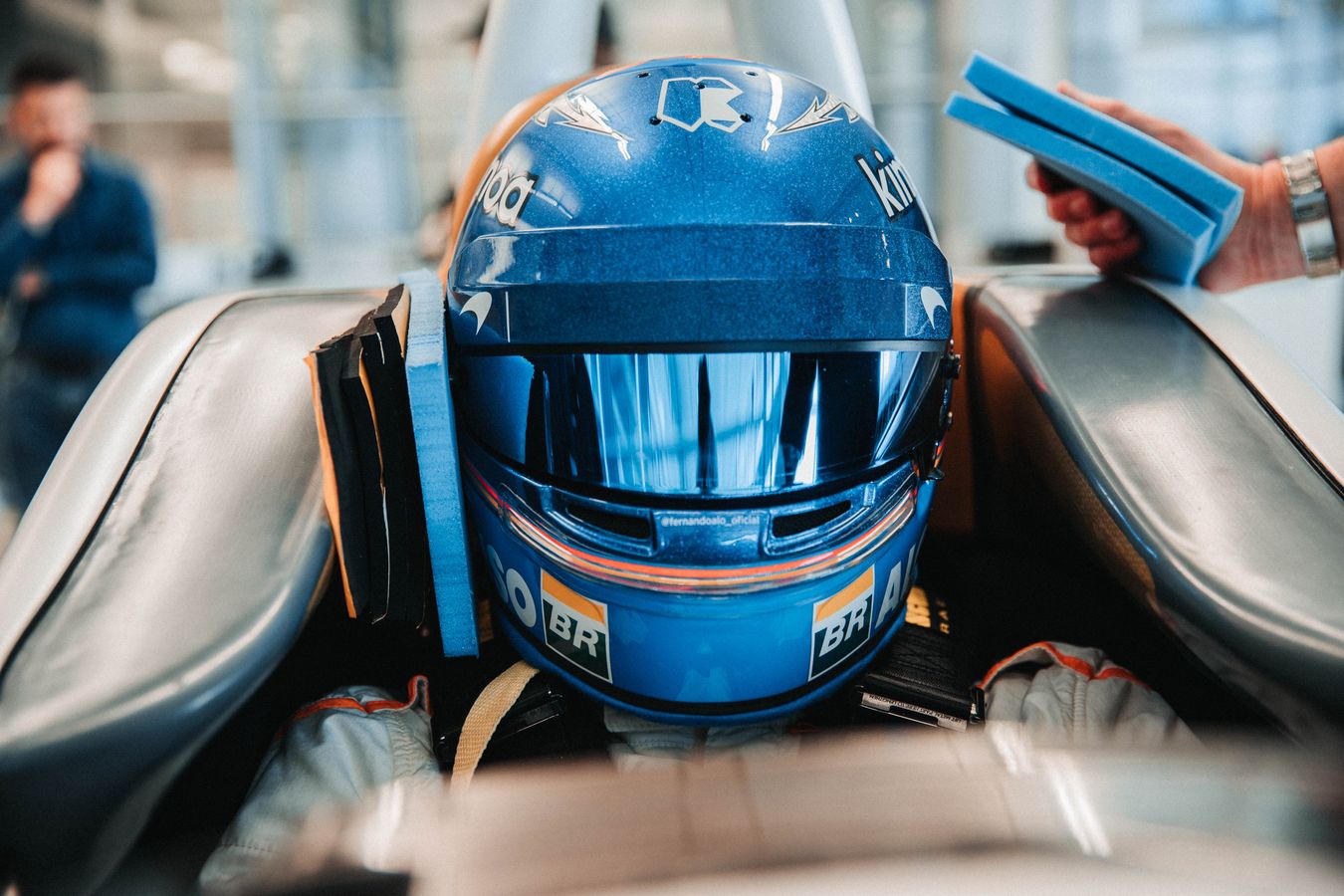 The Indianapolis course is deceptively simple: 2.5 miles long and four 90-degree corners, each banked at nine degrees. It’s the sheer speed of the cars that makes the 200-lap race mentally and physically draining, a fact reflected in the number of on-track incidents that have been a feature of the Indy 500 in recent years. To stay sharp, Fernando needs to be cossetted – if such a thing is possible within the harsh, buzzy environment of a racing car punching a hole in the air at over 230mph.

“We also had to include padding for his legs, because every part of him will be being pushed towards the right-hand side,” says Dance. “It’s a long race and by the end of it he’ll be pretty tired - especially if he’s been pressed up against the side of the chassis.

“In F1 the driver will be using the brakes all the time throughout the lap, whereas in the Indy 500 they don’t touch them at all while they’re out on track - except when they’re going into the pitlane. So the main thing when setting up the pedals, apart from getting the reach right, is to make sure his foot isn’t anywhere near the brake pedal, that there’s no chance of him accidentally resting his foot on it. We spent a lot of time making sure that was right.”

While the practice and qualifying schedule for the Indy 500 might seem leisurely, drawn-out even, in comparison with the flurry of activity during an F1 race weekend, there are many pinch points that can catch drivers and teams out. Every second of track time counts, not just because making a car stable and driver-friendly at top speed requires engineering finesse, but also because changing weather and track conditions can radically alter car behaviour.

It’s here that a driver of Fernando’s experience can make a difference in many crucial ways, long before the engines fire up. 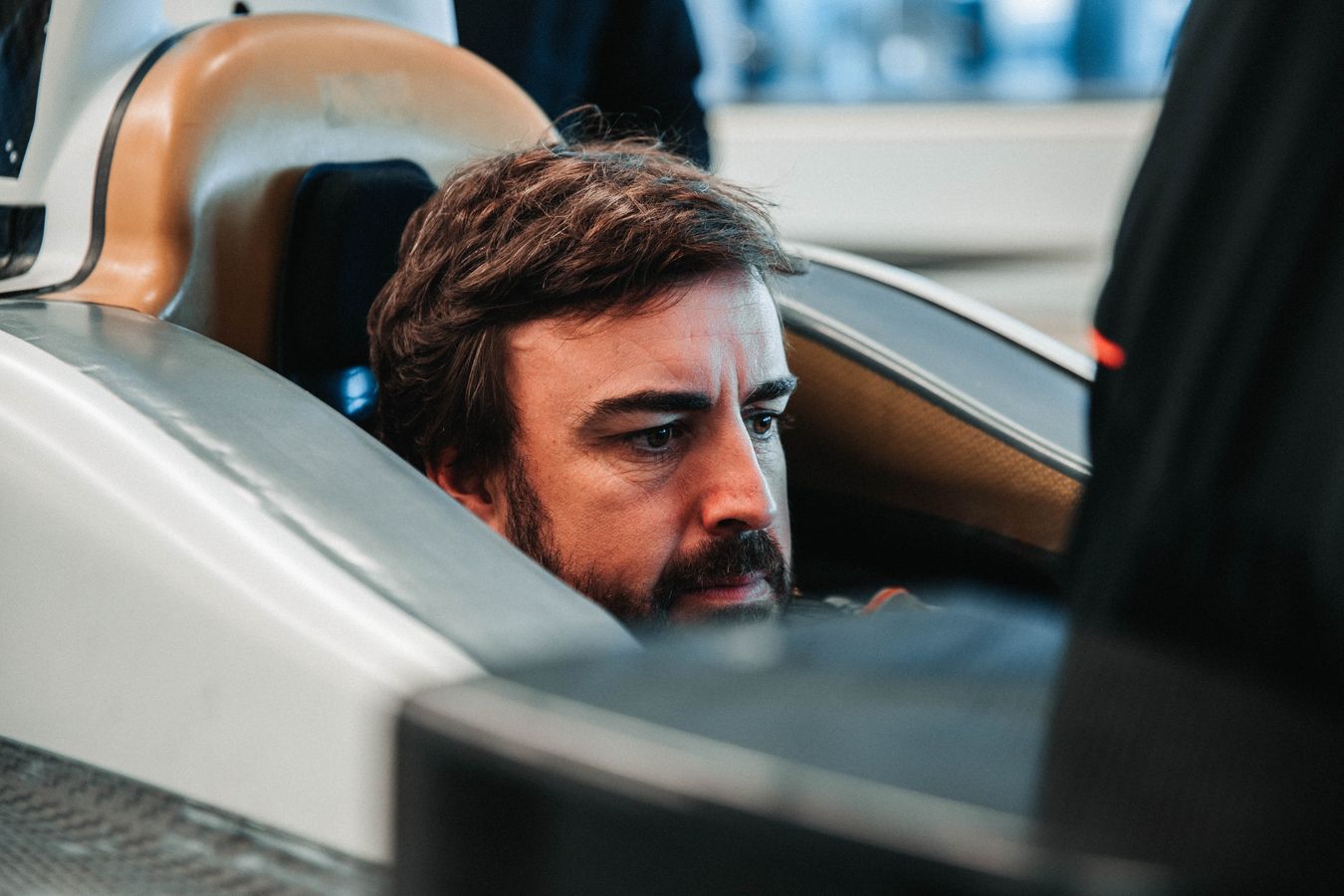 “With Fernando, he knows exactly what he wants,” says Dance. “He’ll tell you to the millimetre how far the steering and pedals need to be adjusted.

“Less experienced drivers might not be that sure, and you can do a seat fitting with them and they’ll say, ‘I’m happy with that.’ Then once they get out on track they might find out it isn’t really working for them - you might end up having to re-do the seat fit at the circuit between sessions.

“That can cost you important track time if you’re having to move things around. So it’s crucial to get the seat fit right first time.”