McLaren has today unveiled an absurdly ambitious plan to bring a round of the Formula 1 World Championship to the streets of its hometown, Woking.

The team believes that a street race around some of the Surrey town’s most famous and celebrated spots would raise Woking’s profile, enabling it to join the ranks of Monaco and Singapore as one of Formula 1’s most glamorous and iconic race locations.

The main thrust of the project is to create a world-class Formula 1 venue – the Woking International Circuit – that will link elements of the town’s commercial, industrial and residential centres.

McLaren has yet to formally present any of its plans to Woking Borough Council, because it’s a bit scared about how they might feel about the extensive and costly re-profiling of many roads and local landmarks that will be required. 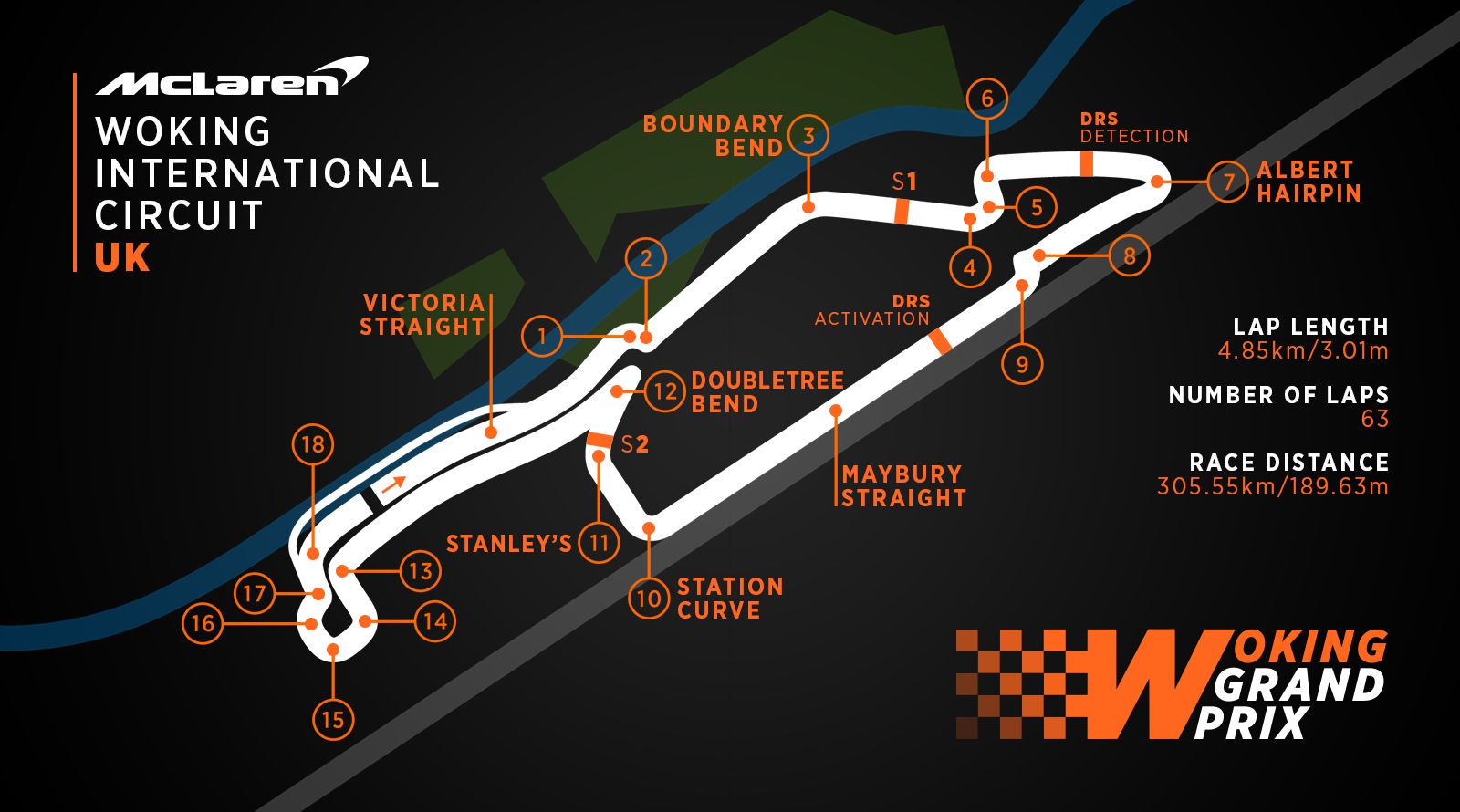 “Why not? Why not bring Formula 1 to the streets of Woking? Obviously, aside from the huge social and financial commitment needed to set up the infrastructure, re-profile roads, re-lay Tarmac, fit miles of Armco, build grandstands, pay for race-hosting fees and gain approval and sign-off from the FIA, we don’t see any barriers to our vision.

“In an era that’s often seen as being hemmed in by bureaucracy and narrow-mindedness, that’s actually very refreshing.”

The creation of the new Woking International Circuit would return top-level single-seater racing to the streets of mainland Britain for the first time since 1990, when the Birmingham Superprix hosted a round of the FIA’s Formula 3000 Championship.

McLaren believes that the Woking International Circuit would be one of the fastest and most demanding street tracks in the world, with a projected top speed of 195mph for the front-running cars along the longest straight on the circuit.

The project has long been the brainchild of McLaren, which initially conceived the idea back in 1998, when it ran Mika Hakkinen’s world championship-winning Formula 1 car through the Woking streets to considerable acclaim. 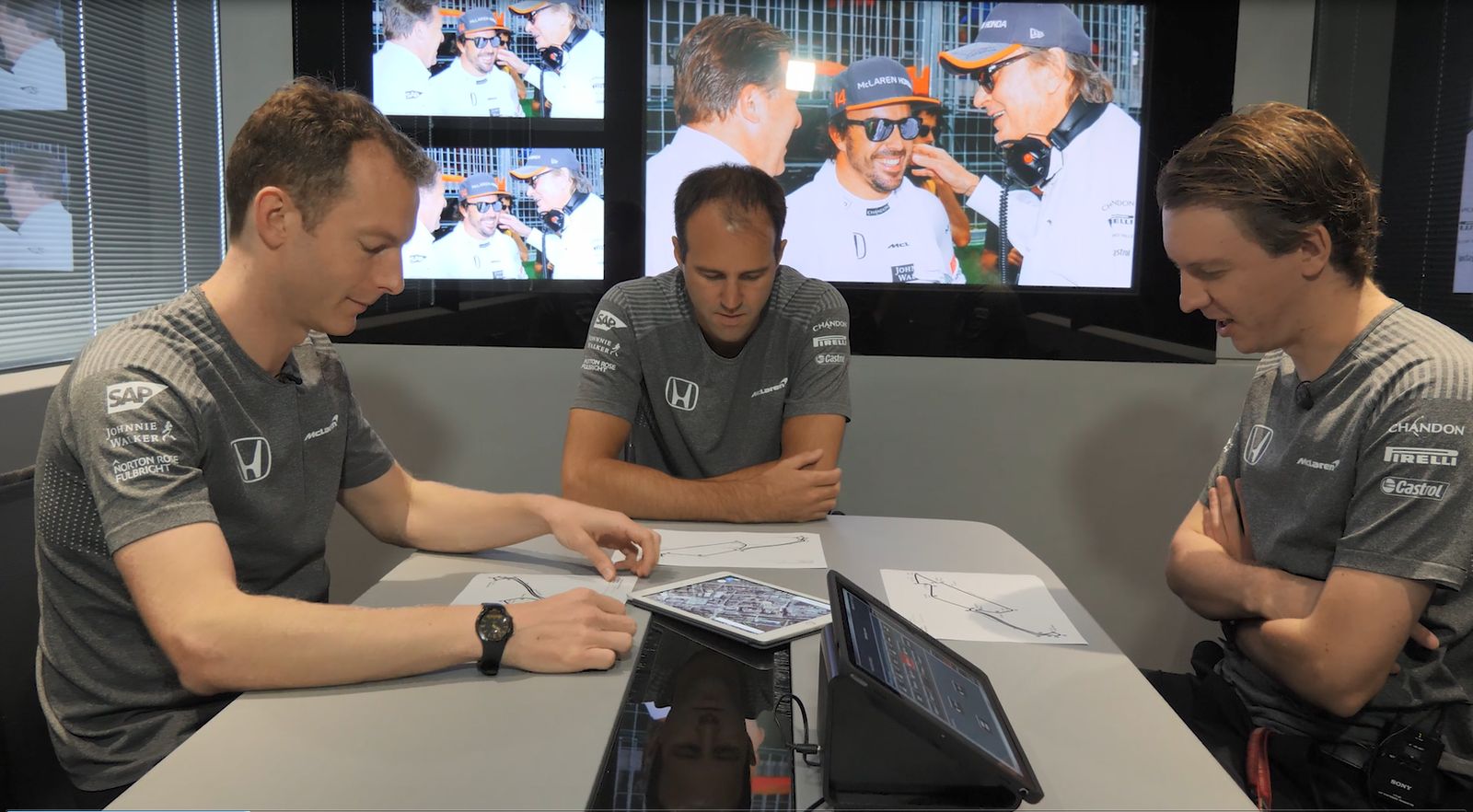 “It was Mika who first raced a Formula 1 McLaren around the streets of Woking, way back in 1998. When I say ‘raced’, he wasn’t actually racing it, he was driving it. Slowly. Which was probably an even tougher test for Mika, because he never drove anything slowly.

“Still, that event lit a spark that started a fire that turned into a dream that we converted into an idea: to host a round of the Formula 1 world championship on our doorstep, in Woking.”

McLaren’s submission involves a number of new and innovative proposals, including the hosting of the Formula 1 paddock on floatable pontoons that will be anchored along the Woking-Basingstoke canal, creating a unique waterside F1 village vibe. Instead of a single media centre, journalists will be invited to work from local cafes, restaurants and shopping centres, utilising many of the town’s wifi hotspots.

A full suite of support races is also planned, with an additional paddock housed in Victoria Way’s concrete multi-storey car-park – just as is done at Monaco and Singapore, adding further similarities to F1’s blue-riband street races.

The track: seeing is believing

The Woking International Circuit has been planned as an exciting, high-speed 4.85km track that takes full advantage of the market town’s winding streets and fast multi-carriageways. It has even been designed to pass two of McLaren’s former factories – on Boundary Road and Albert Drive – to further drive home the links between the company and its hometown.

“Our engineers, our mechanics, our strategists have all actually driven this track,” added Brown. “In fact, they’ve lived it; which actually gives them a head-start over the rest of the field. They know every bump on the track, every ripple in the Tarmac, every useable rush-hour rat-run, every decent takeaway restaurant within a five-mile radius of the start-line. That’s the sort of advantage you can’t buy…”

The Woking working drawings also include plans for a fun-fair, a late-night shopping experience and a ‘street market’-style food concession village.

Disclaimer: The Woking Grand Prix campaign is purely fantasy and for the purpose of summer break fan engagement only. McLaren is a long time supporter of the FIA 'Action For Road Safety' campaign and strictly does not endorse unauthorised or unlawful racing of any kind.

Why the Woking GP needs to happen