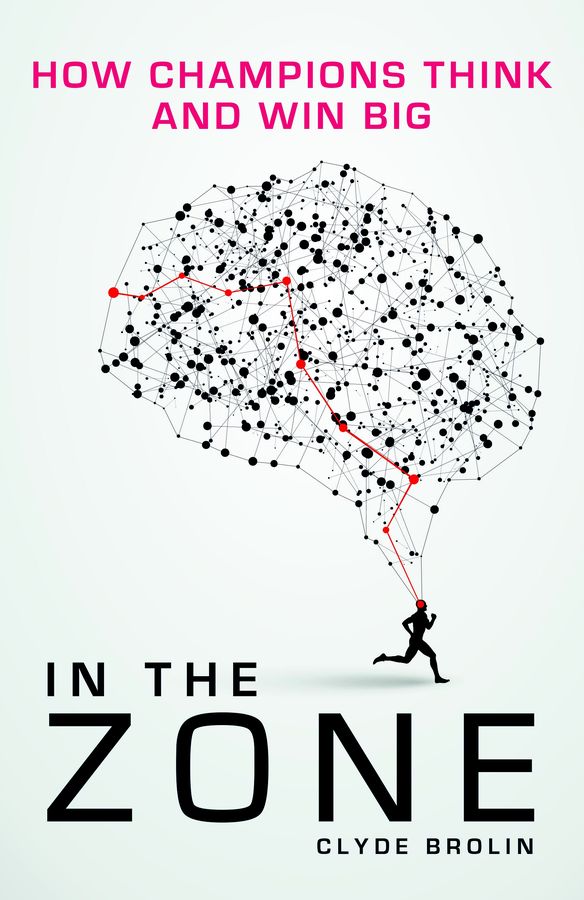 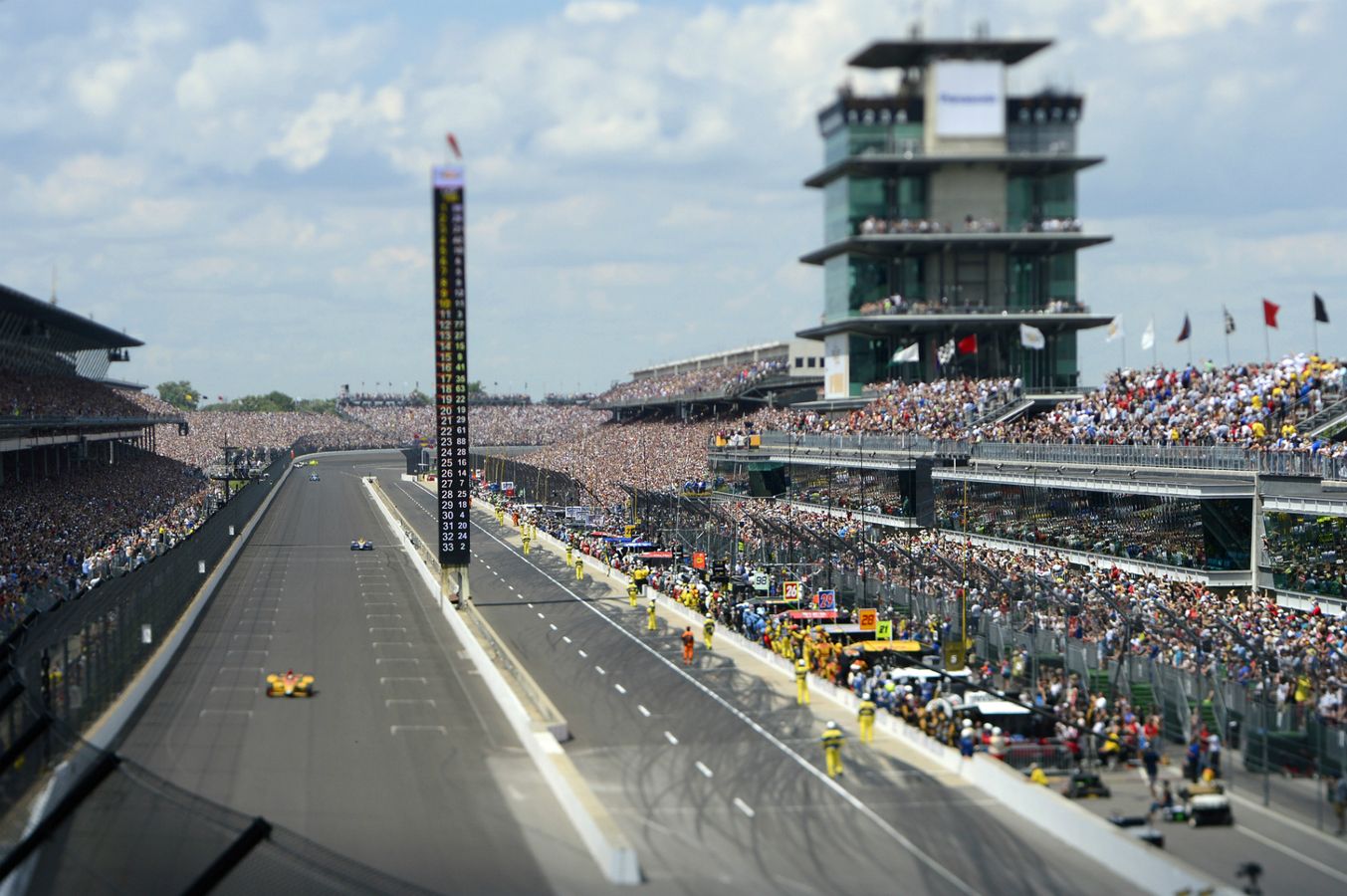 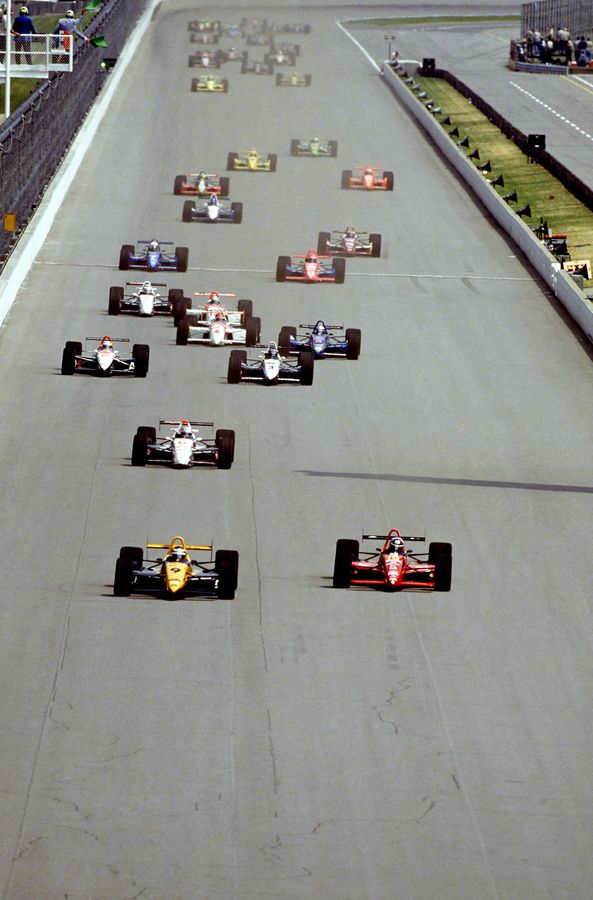 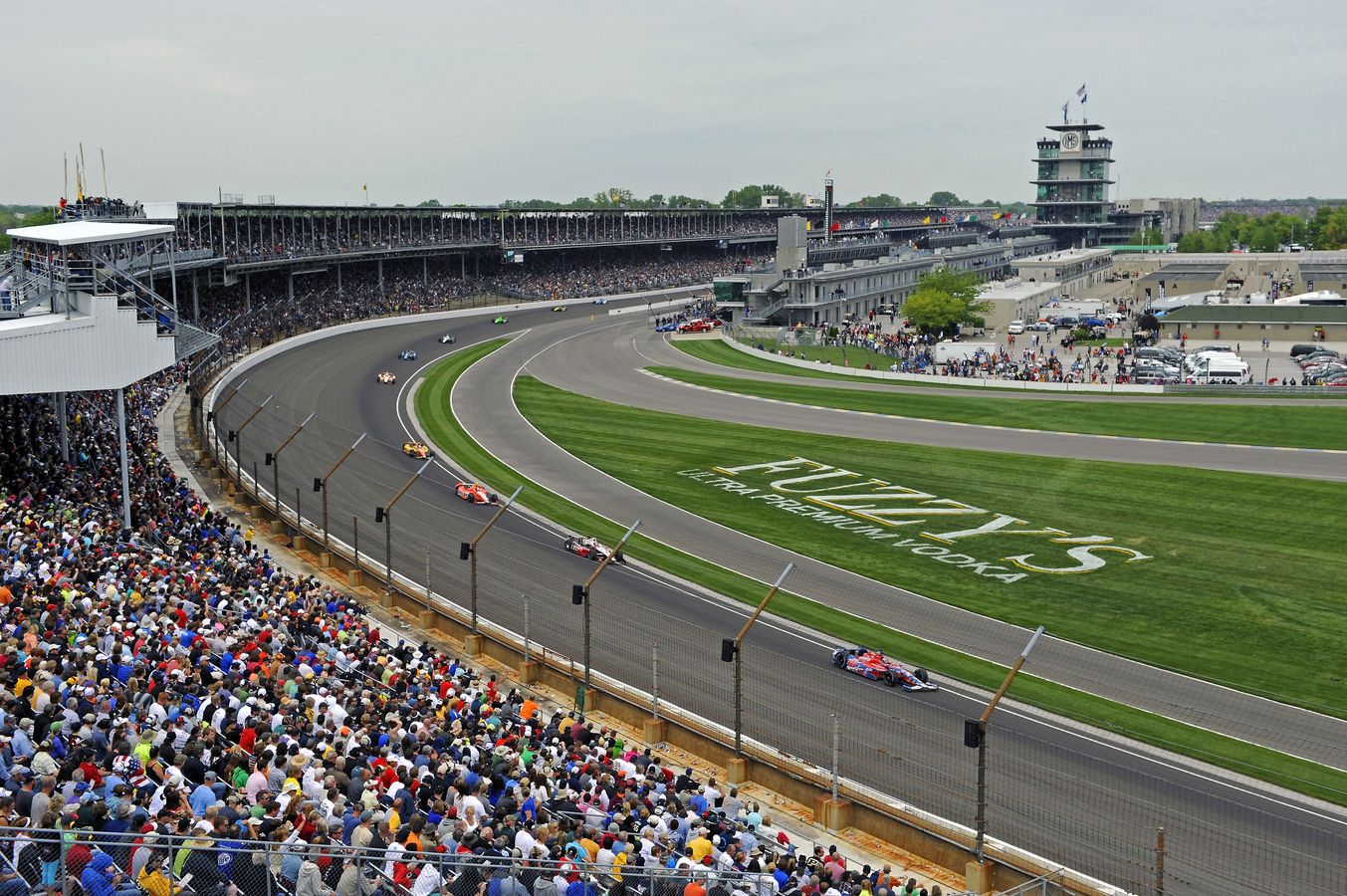 Author Clyde Brolin spent a decade working in Formula 1 before writing his first book, ‘Overdrive’. In his new book, ‘In The Zone: How Champions Think and Win Big’ he interviews more than 100 sports stars to understand how the world’s greatest athletes use mind management techniques to achieve success.

Brolin has prepared an exclusive piece for mclaren.com that focuses on the unique challenge of racing on North America’s daunting superspeedways. He interviewed Emerson Fittipaldi – McLaren’s first Formula 1 world champion and a double Indy 500 winner – about the challenge of racing at 220mph mere inches away from a concrete wall, a task that awaits McLaren-Honda driver Fernando Alonso when he races at the world-famous US race in May.

Here, Fittipaldi discusses the tiny intricacies required to fine-tune a racecar capable of winning at Indy:

Can Fernando Alonso go to the Brickyard and win the Indy 500 at his first attempt?

After all, how hard can it be for a double Formula 1 world champion to go round and round in circles?

The good news is that Alexander Rossi’s stunning win as a rookie in 2016 shows that every entrant in the 33-car Indianapolis 500 field has at least a shot at victory – if your strategy works out and all your cards fall into place. With caution periods bringing out regular ‘full course yellows’ timing is everything; if your car has the right amount of fuel at the right time for the final 20-lap shoot-out, it really is game on.

The bad news? Turning left 800 times in a row is nothing like as easy as it sounds.

Ask Emerson Fittipaldi, who took his second Formula 1 world title with McLaren in 1974 before heading to America a decade later. He won the Indianapolis 500 twice too – in 1989 and 1993, when a late move for the lead saw off the last high-profile Formula 1 driver to attempt the switch to ovals, Nigel Mansell. 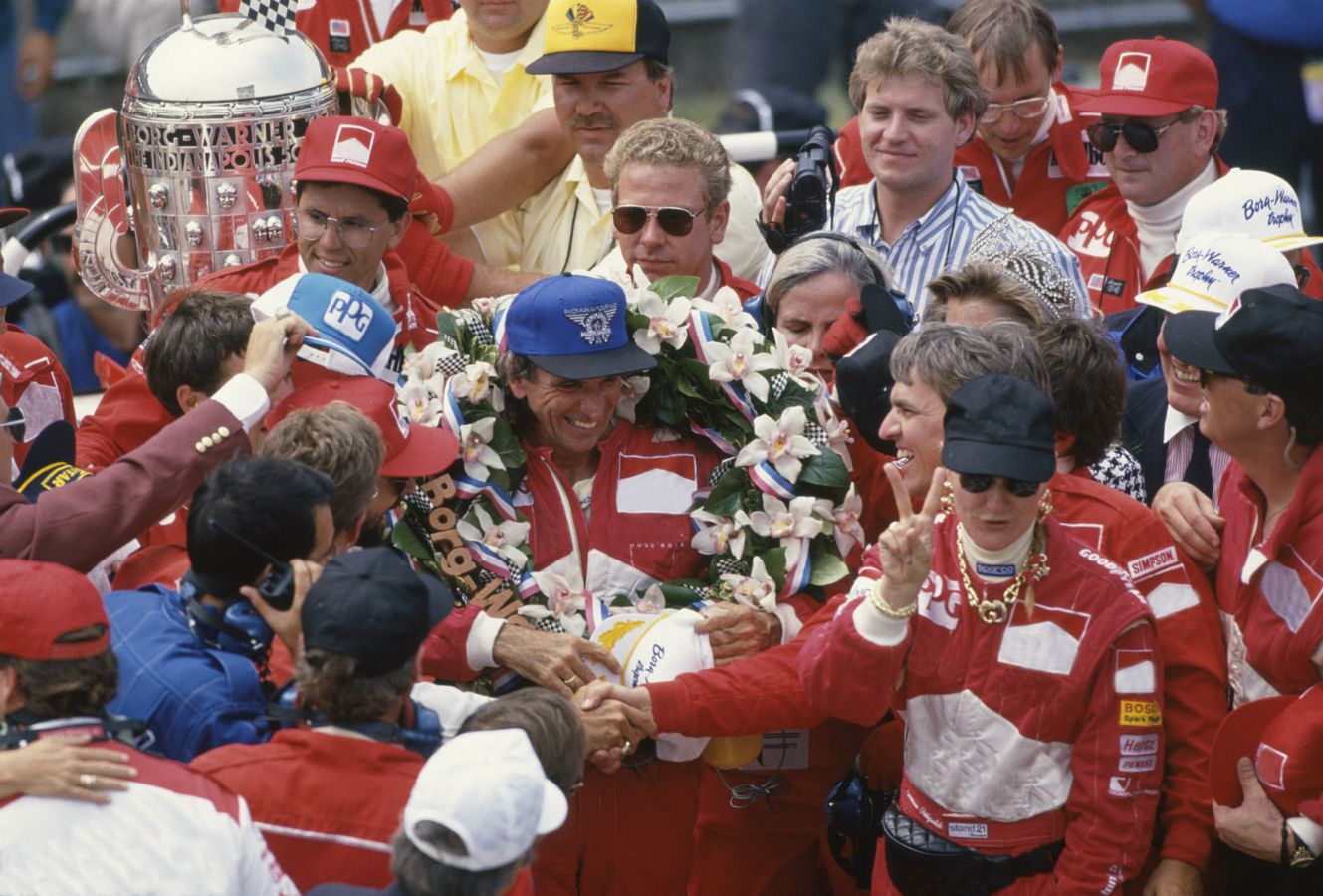 That day the Brazilian famously faced the wrath of diehard fans for daring to drink orange juice to celebrate instead of the traditional winner’s bottle of milk. But by then he didn’t need to be told how even the tiniest change can have a major impact at the Indianapolis 500.

“Oval racing seems easy but people don’t see how technical it is,” Fittipaldi told me in an interview for In The Zone.

“It may not look like it but it‘s more sophisticated to get the maximum out of a car if you keep turning left than turning both ways on a road course. It requires more fine-tuning than Formula 1 to be on the edge at that speed.

“You have to set up all four corners of the car as every tyre has different pressure and camber. The limit varies on every inch of track during a race as the tyres and balance change. Each turn is different from the one before, so you have to feel how the car is changing, how much to save tyres and how far to carry the car at the rear if it’s not handling. The way you turn the steering wheel has to be progressive: you can’t make a sudden move and be inches from the wall.

“Even clouds in the sky have an effect – and if you’re not careful about the wind you can lose the car. At Indianapolis we regularly check the windsocks, even at 240mph. If you are downwind at Turn Three the car understeers (keeps going straight). If you go into Turn One with a headwind, the car will be loose (the American term for oversteer, when the rear end is always trying to jump out).

"So you have to anticipate what an IndyCar will do before it does it. Like any sport, the key is to be consistently fast without making mistakes. To focus and to be able to be on the edge, you have to go over 100 percent. You can go to 101 or 102 but if you go to 103 percent you crash. That’s the kind of edge that you are always trying to find.”

Fernando beware… This is also the kind of edge that is seriously hard to find without years of experience, not least with the set-up changes that can be made from inside an IndyCar cockpit to the anti-roll bar (affecting the suspension) and the weight jacker (switching weight between the front wheels). These are key to pushing the limit ever further in IndyCars. Fernando will have days rather than years to get used to it all, along with the demands of racing next to an unending, unforgiving wall.

So how can Fernando fight back against these odds? As I discovered during my seven years of research for In The Zone, there is a secret weapon that all great sportspeople share – from racing drivers to tennis players, skydivers, triathletes and Paralympians: the power of the mind. To help make the future work for them, the very best not only dream big, they plan out their dreams in microscopic detail.

When Fittipaldi was racing in the 1970s, sports psychology was still in its infancy. The quickest progress was being made behind the Iron Curtain, where governments were investing heavily in training up their Olympic hopefuls. Indeed the Brazilian now admits that despite having a certain amount of mental strength in Formula 1 – enough for ‘just’ the two world titles, remember – it was only during his time in America that this really started to blossom.

“One of my weak points in grand prix racing was the start,” says Fittipaldi. “I was very conservative off the line because I thought I’d burn the clutch or something. When I started racing in IndyCar, qualifying and the start were key factors so a guy taught me the old Russian technique of visualisation. 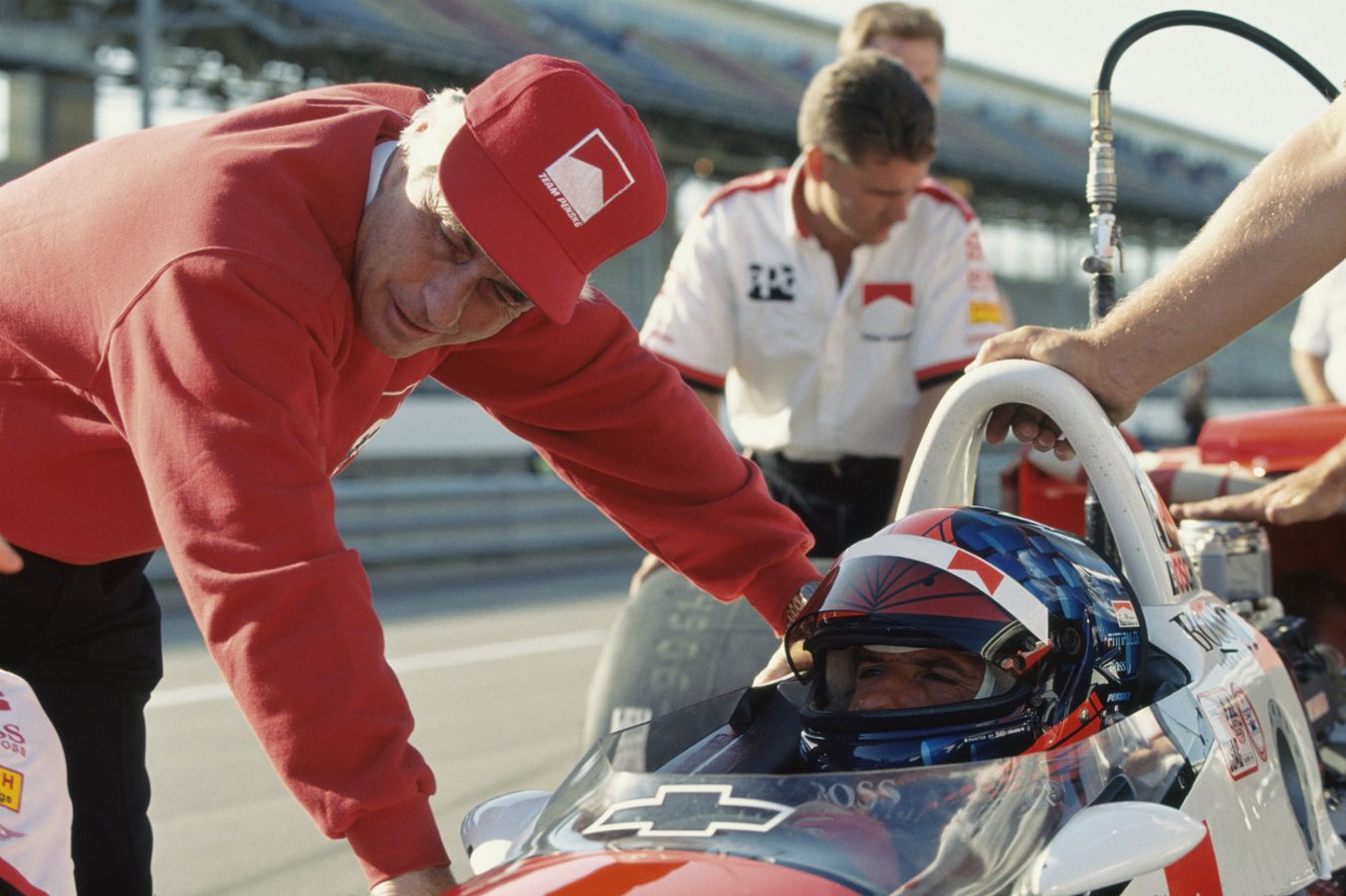 “On one short-oval a quick lap was about 19 seconds, cornering all the time. You only had a single lap with brand new tyres and you weren’t allowed to warm them up. The gaps were very close and you either did it or you didn’t. No second chance. So I went back to the transporter about half an hour before qualifying and I visualised each tenth of a second of that lap.

"I visualised the whole track, working it out many times so I knew exactly what I was going to do. I closed my eyes and went through the ideal lap. Then I came out on the track and “boom”. I did that every race, even the longer road circuits, and I really improved my grid positions.

“Before races I also visualised what I would do into the first corner depending on where I was on the grid: whether to go to the inside or the outside. I also visualised the ideal pit stop: how to turn into the pits, the braking, the mechanics’ positions, how to get out, how many seconds of acceleration. Every fraction of a second counted and could go against you.

"So even though it’s difficult to work out what the other guys are doing, I was able to visualise the whole race. You can do the same in any sport but it’s a technique I didn’t unfortunately have in Formula 1. This can help a lot mentally and I went on to win many, many races in America.”

Fernando, to get a meaningful head start it’s already time to start harnessing the full power of your champion’s mind. If you can see the yard of bricks and taste the milk, the big picture is in place.