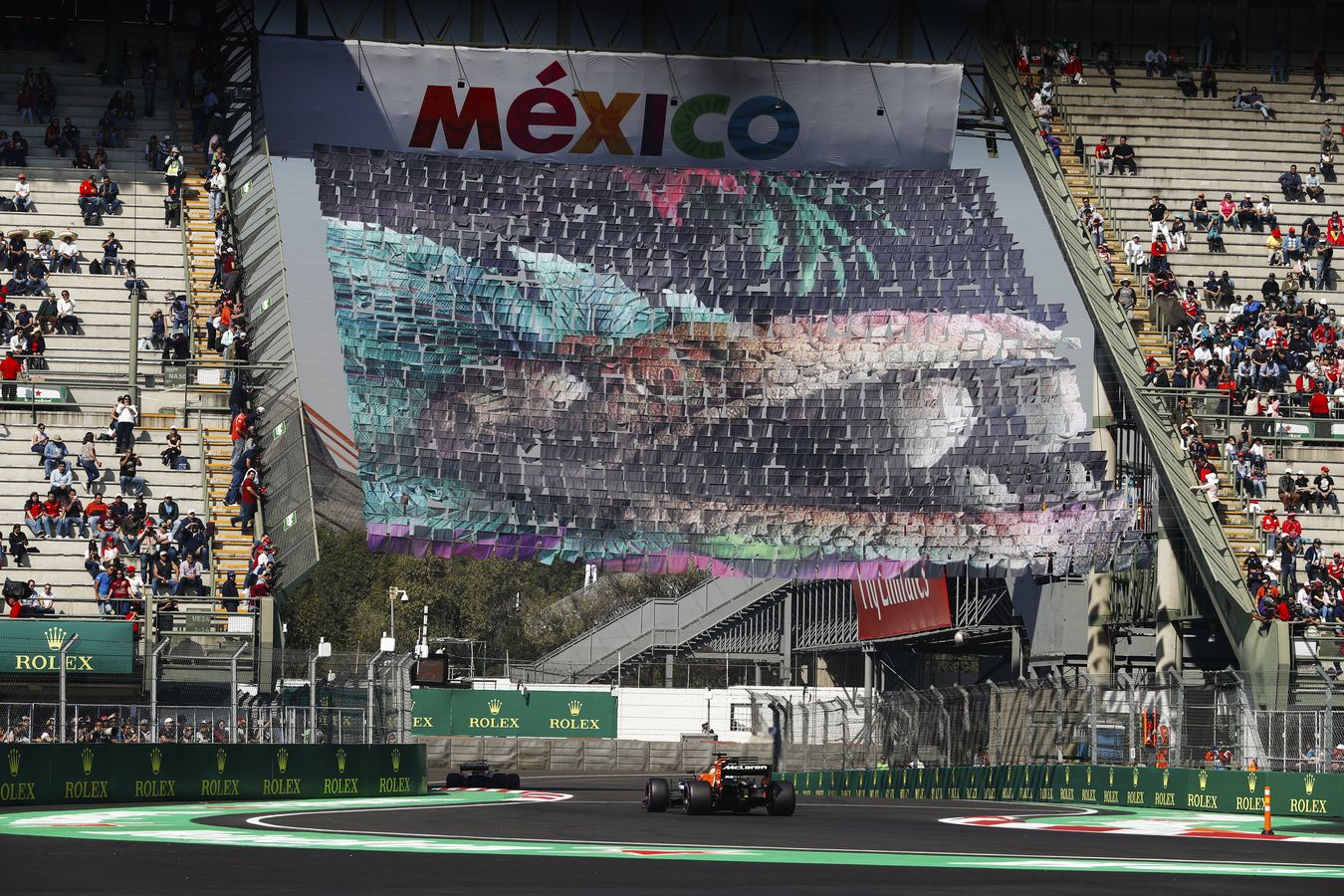 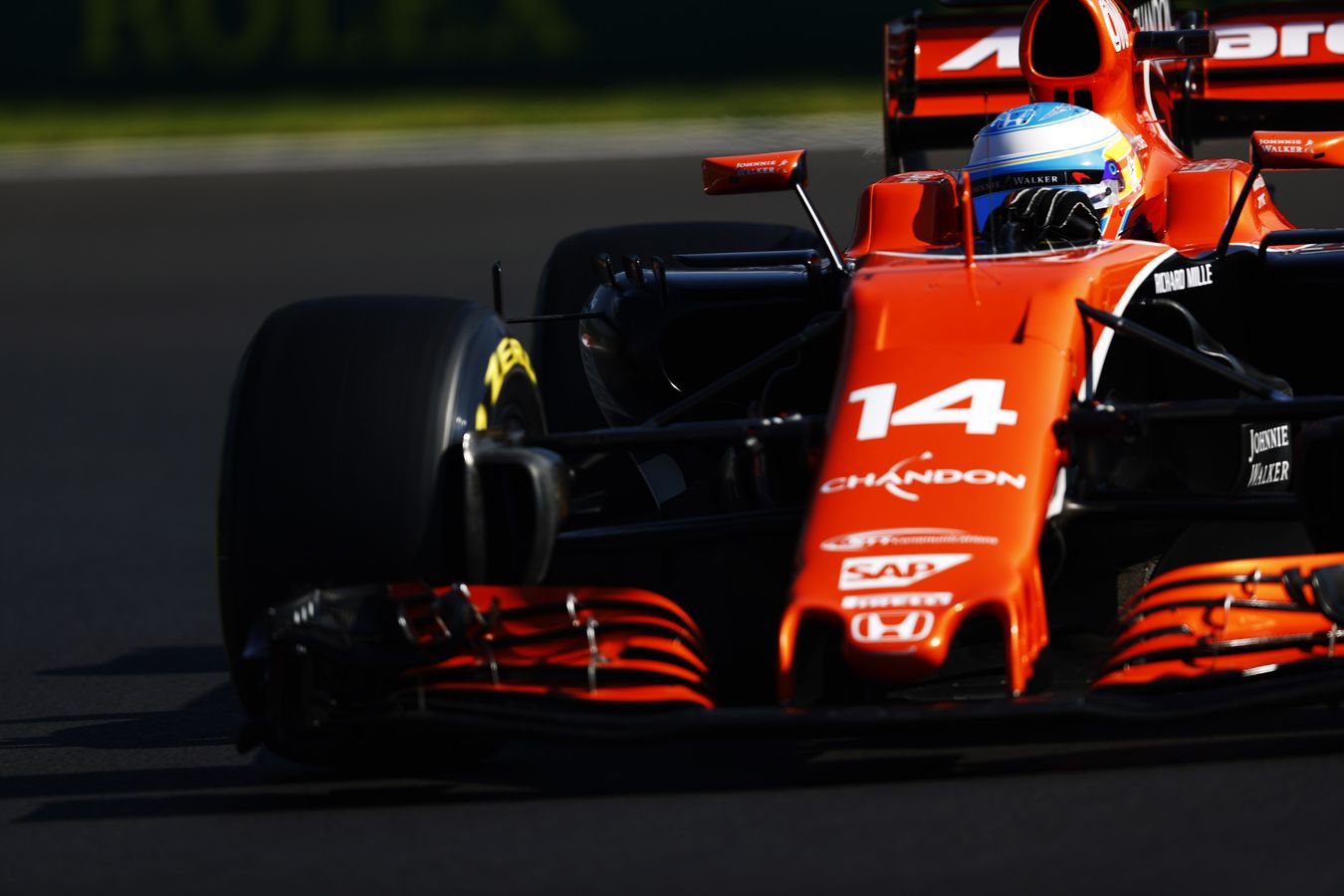 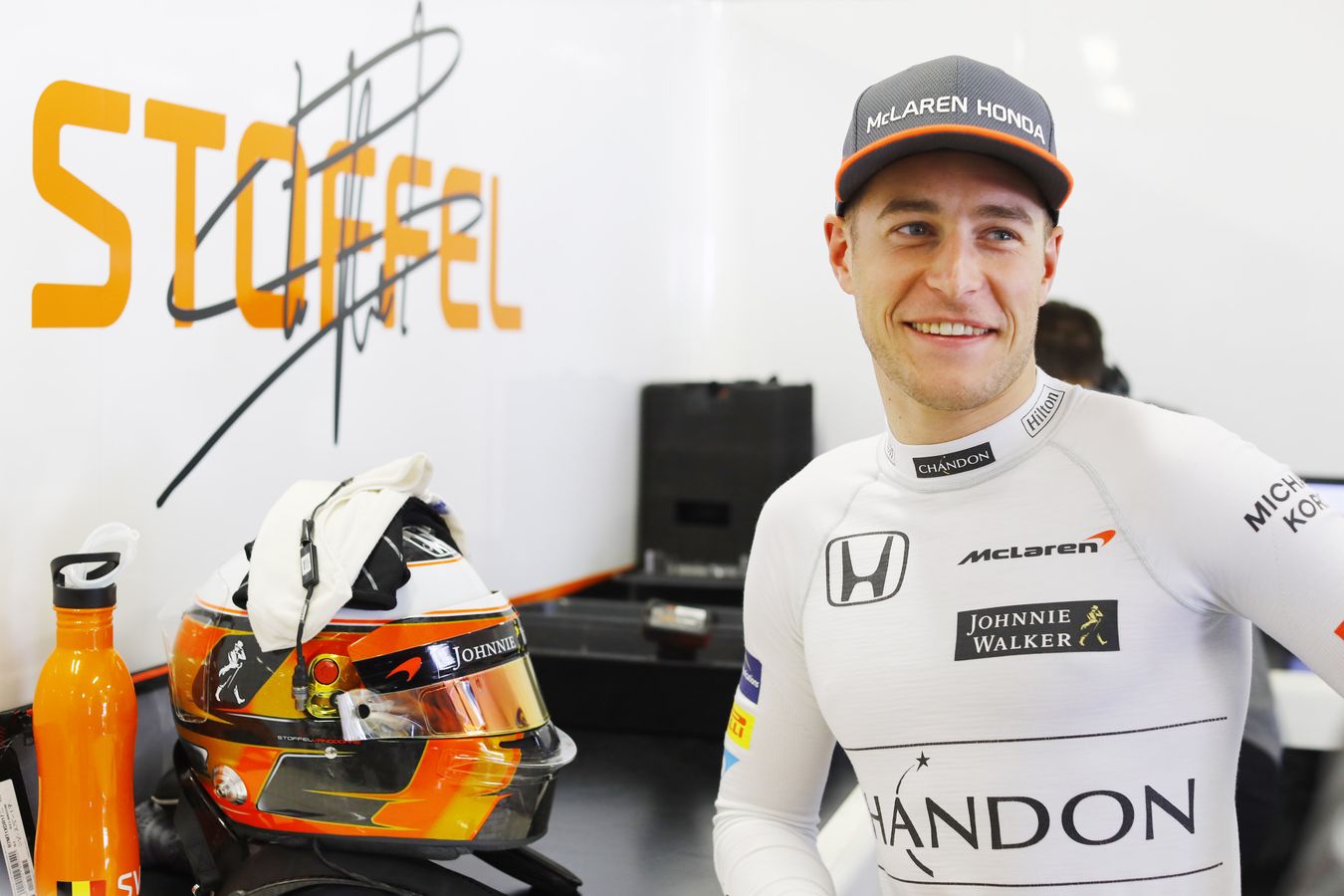 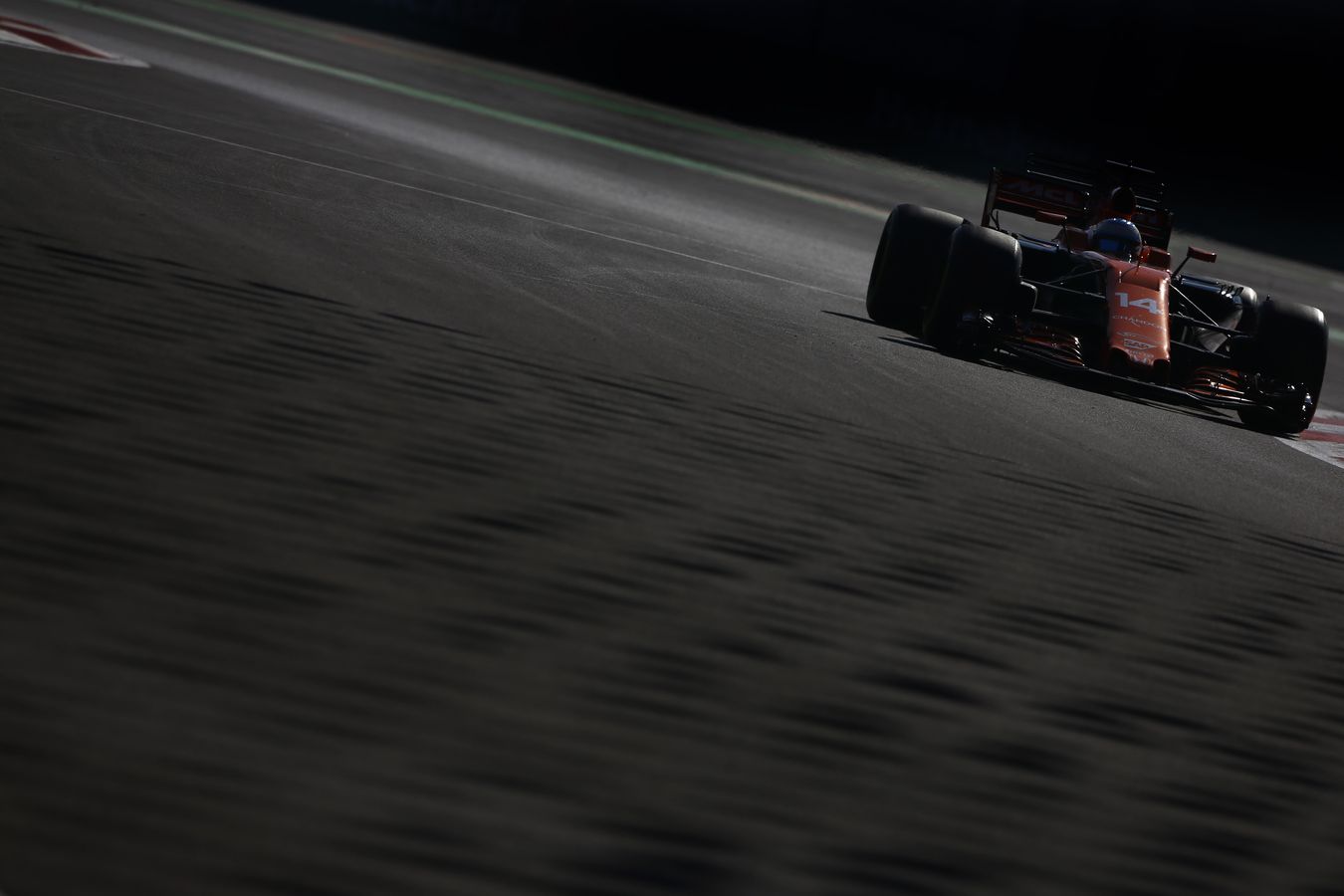 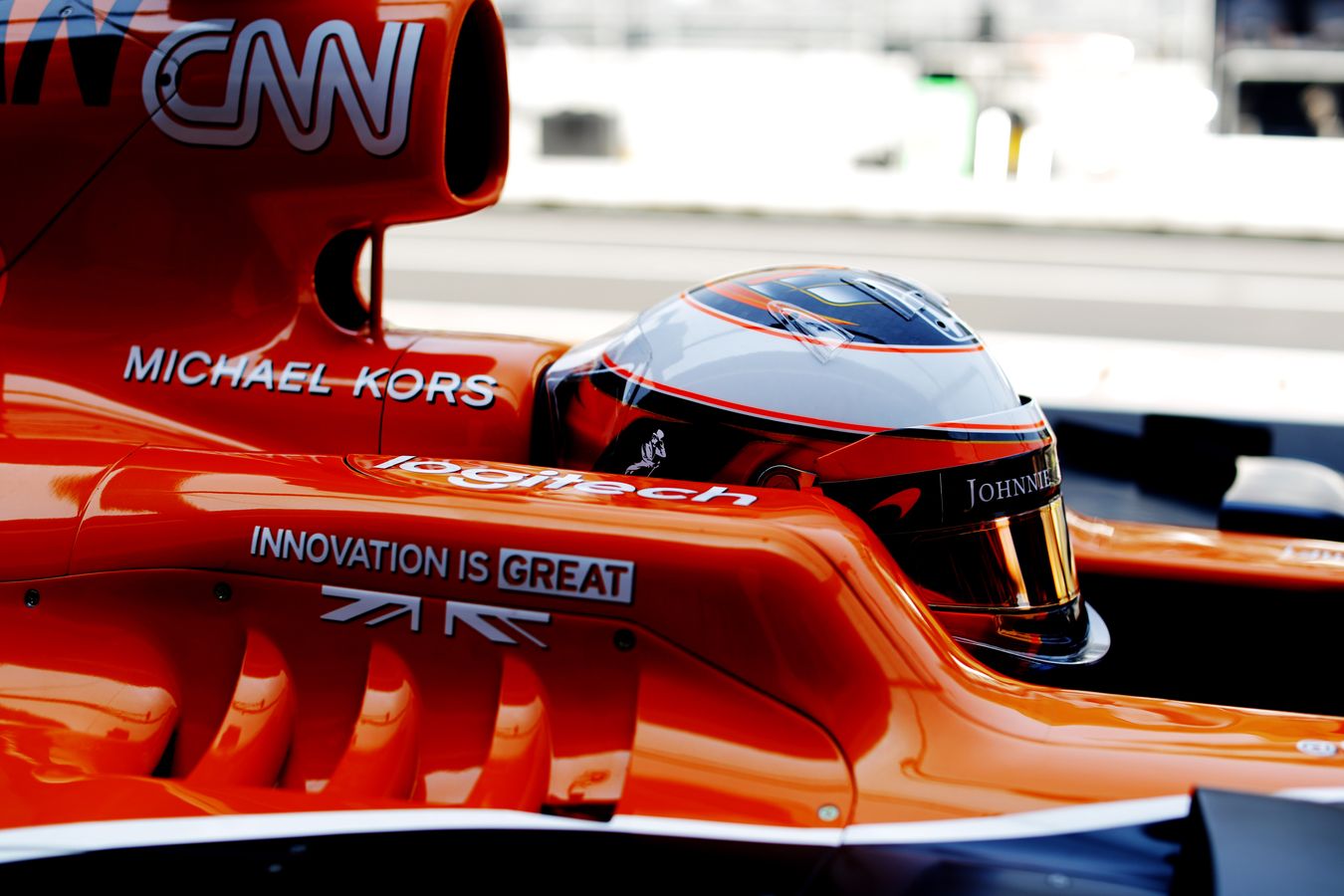 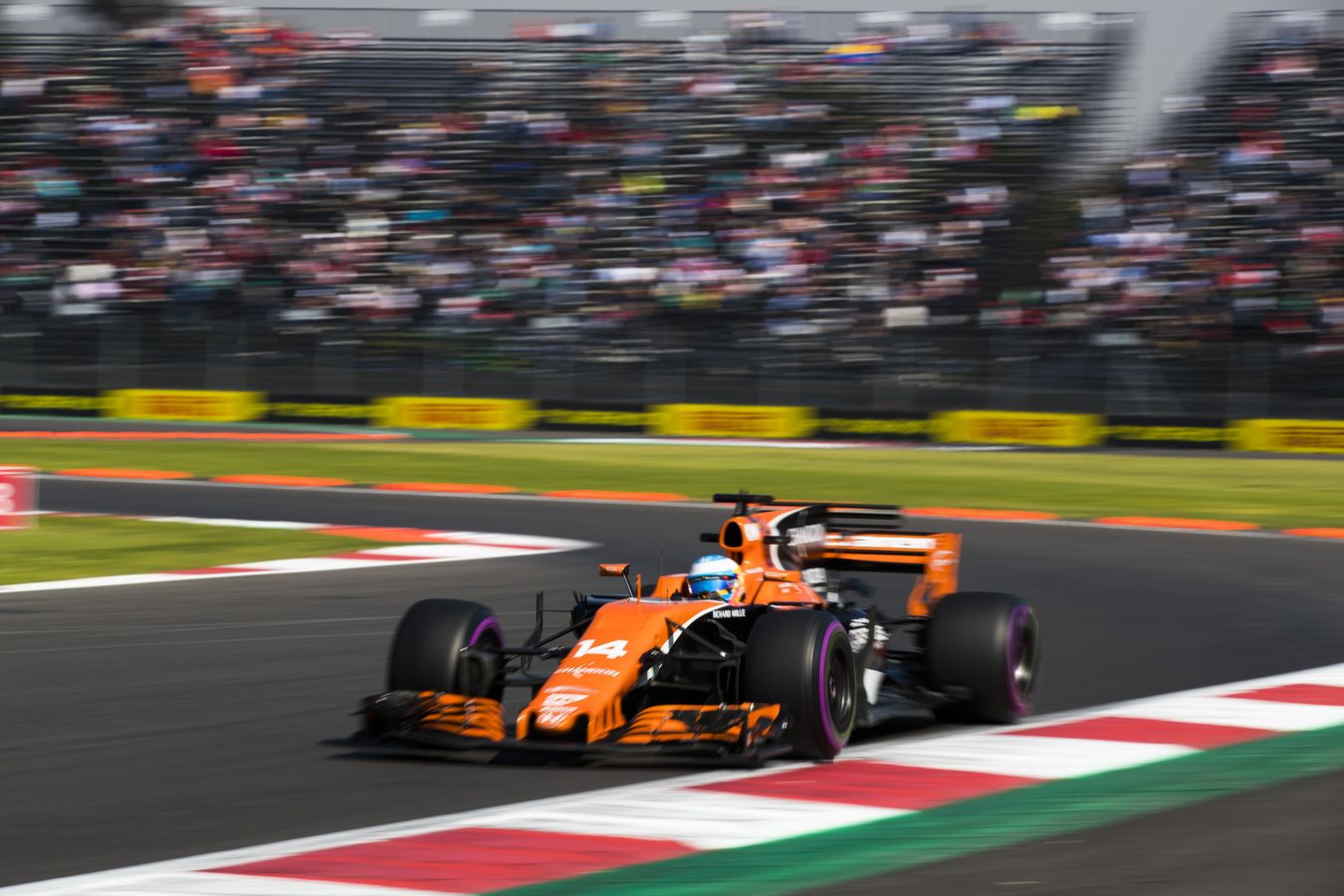 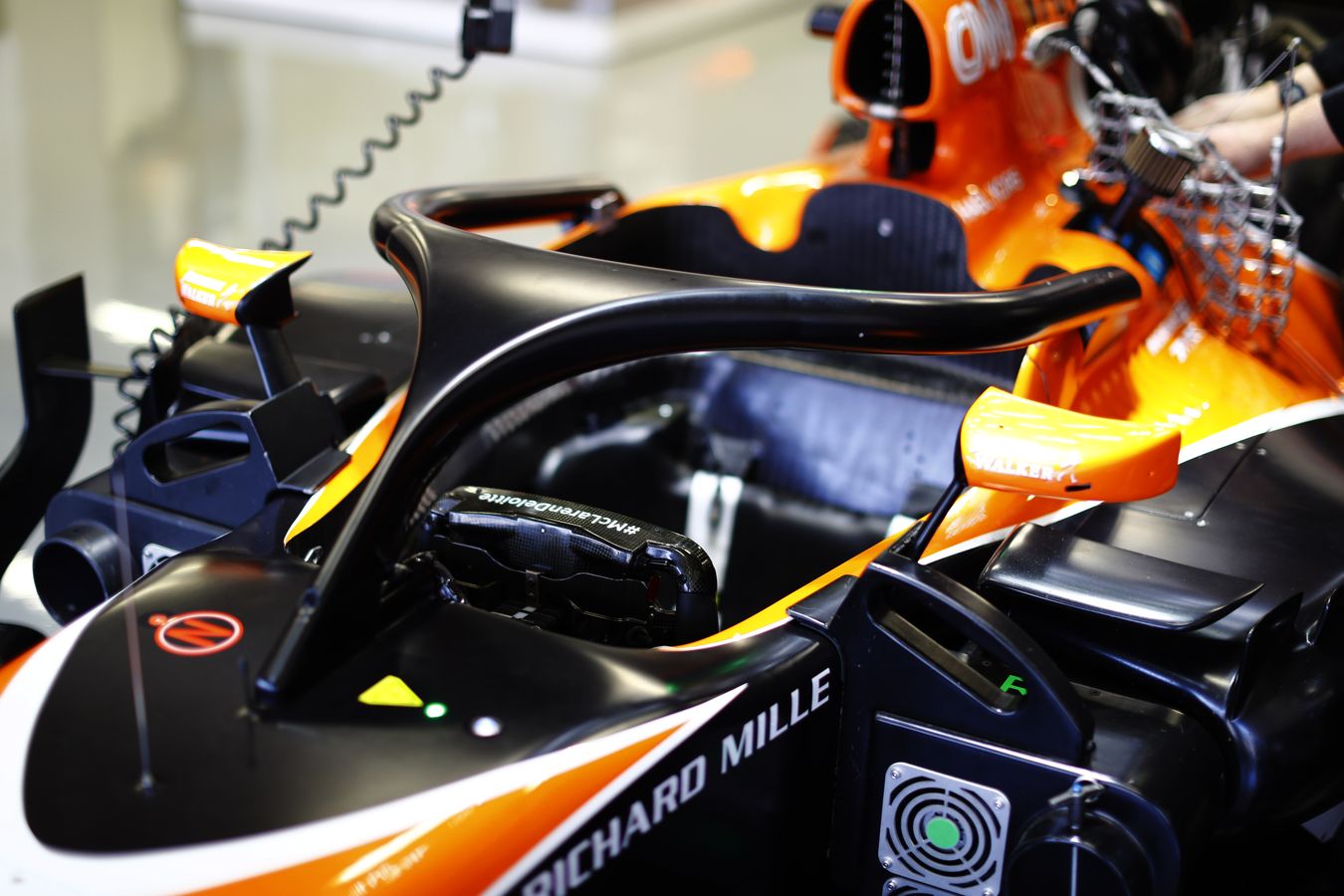 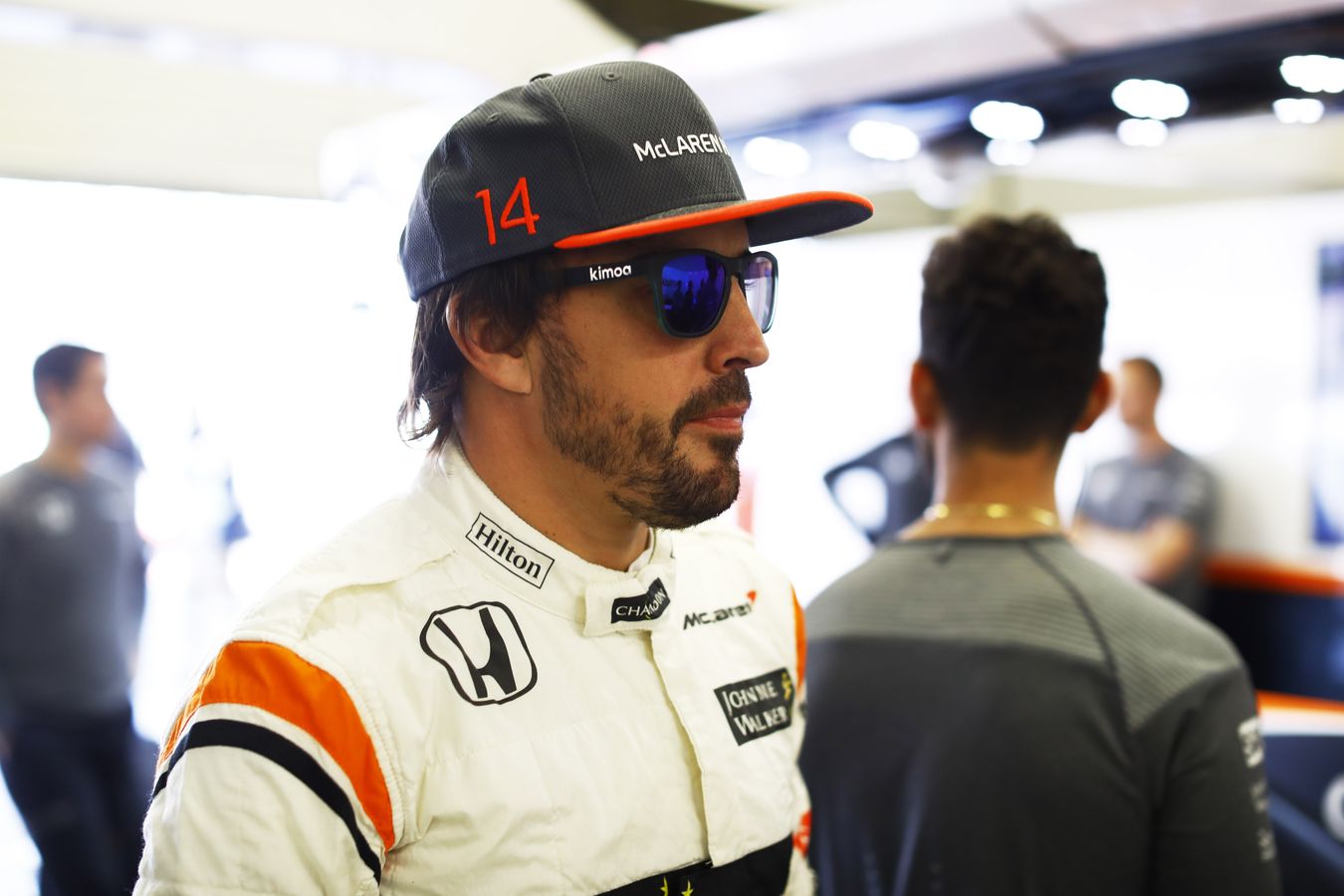 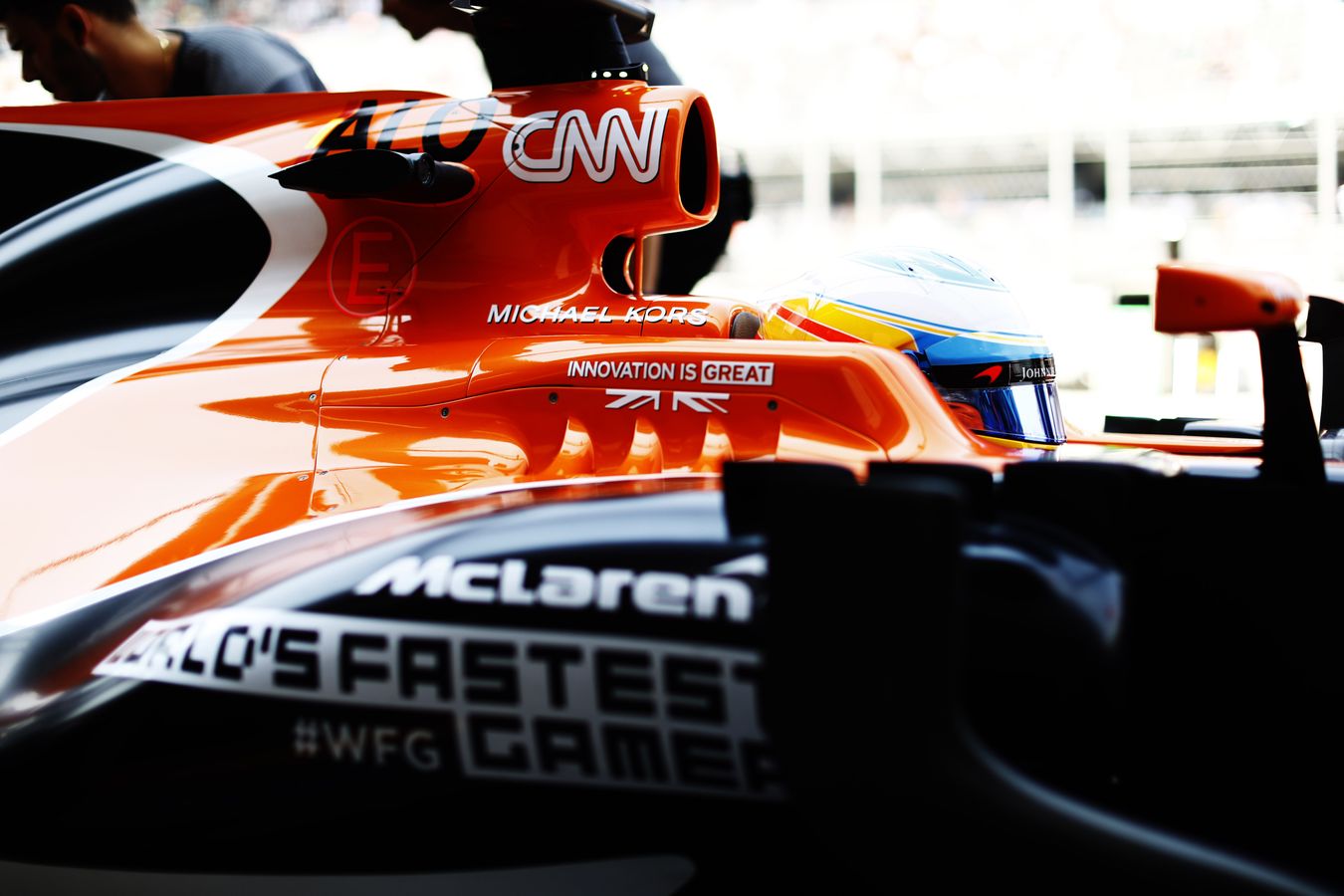 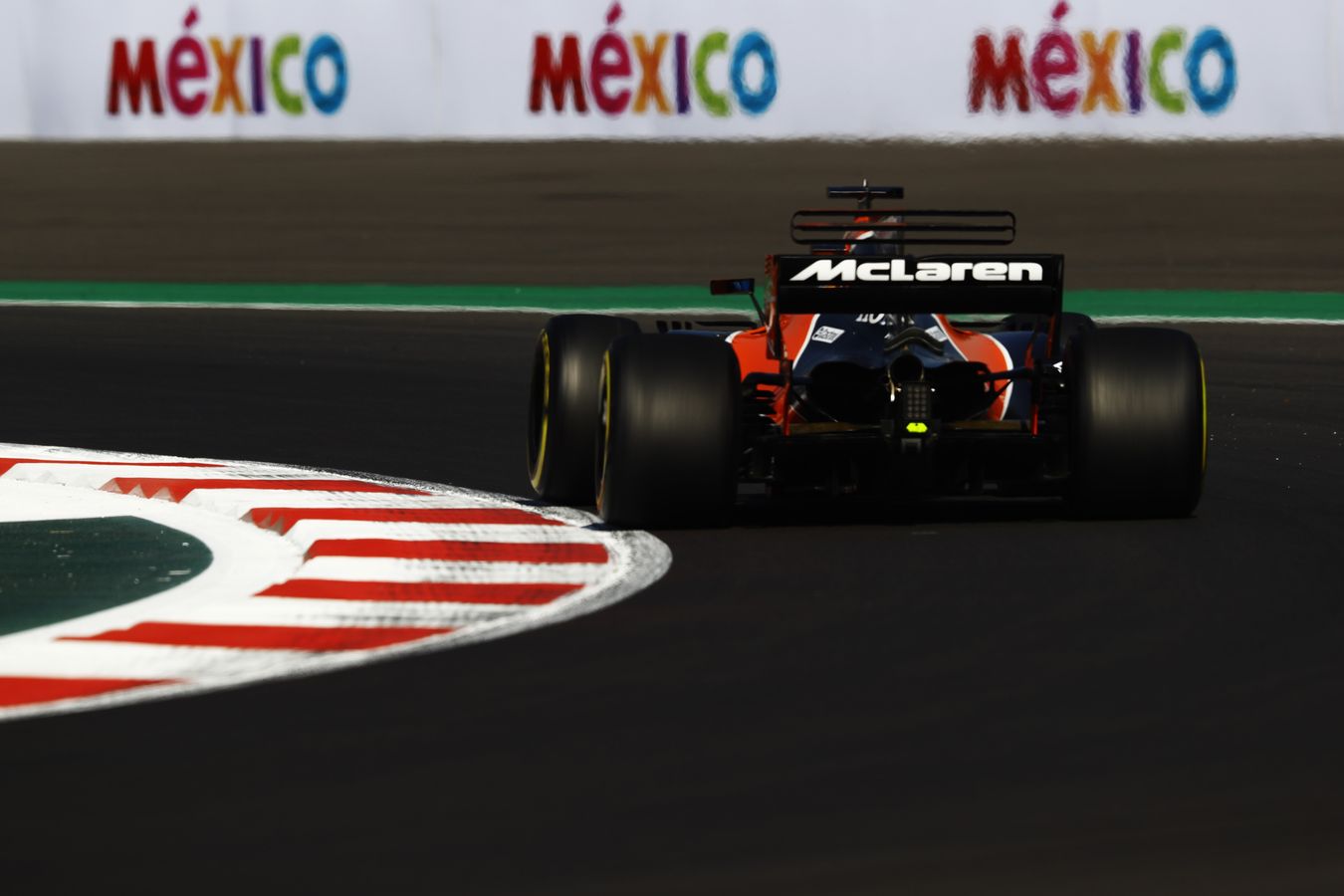 It was a contrasting first practice session for our two drivers as Stoffel suffered an PU issue, and after three installation laps was forced to sit out the rest of FP1. The team detected an anomaly in the data coming from his power unit, which following initial interrogation in the garage could not be diagnosed, so it was decided that the engine should be changed in order to further investigate the issue.

Conversely, Fernando had a smooth and ultimately positive session. He was able to conduct a productive test programme, gathering a lot of useful data for the team and performing a number of aero correlation tests. He completed 20 laps and finished the session in eighth.

The mechanics did a good job to change Stoffel’s power unit in time for FP2, and he was able to get out on track shortly after the pit lane opened at the start of the session. Both drivers had a trouble-free afternoon – Stoffel getting to grips with the car’s handling after an interrupted morning, and Fernando evaluating various set-up changes and aero components. Towards the end of the session, both drivers turned their attention to longer runs and towing practice. Fernando completed 26 laps and finished 7th, Stoffel did 32 laps and finished 15th.

“I would say that today has been a very positive and productive Friday. We did a lot of laps, a lot of tests, and most of them gave us good feedback. We were only seven tenths away from the fastest time and two tenths from Bottas, so surprisingly competitive in both sessions on such a complicated circuit.

“We know it’s going to be a difficult race anyway, starting from the back, and with little chance of overtaking because of our top speed. In some ways we have to sacrifice this race in order to have a fresh engine in Brazil and Abu Dhabi.

“We also don’t yet know which way to go for qualifying - we need to decide on a few things in terms of tyres, and see which decision gives us the least painful result.

“The stadium section is such an incredible view! It’s so nice to see so many people in the grandstands here already, on a Friday.”

“I had an engine problem in FP1 which obviously limited our mileage. In FP2 too it was difficult for us to get out of the box at the beginning of the session due to a loose wheel, but we managed to complete our programme for that session and gather the data we needed.

“I hope tomorrow we will have a trouble-free day and continue our weekend as normal. I’m pleased we’ve managed to find the root of the PU problem we had in the first session, and hopefully we can get as much mileage as we can in FP3 tomorrow before qualifying.

“On a new track, mileage is always the most important thing to achieve, especially when you’re trying to dial in the car to the circuit in tricky conditions like the high altitude we experience here. I feel positive that we can find a better feeling in the car tomorrow provided we can get the track time, and collect as much information as possible ahead of qualifying and the race.”

“After a frustrating start for Stoffel we ended the day productively by gathering useful data from both cars in the second session.

“Following the issue on Stoffel’s car in FP1, we elected to change his PU to diagnose the problem outside the car. Fortunately, the engine he was running was from our pool, and therefore it hasn’t limited our resources for the rest of the weekend but simply necessitated that we bring our programme forward.

“Stoffel and his engineers ran the second session very efficiently to try to compensate for his lack of running this morning – a situation which hadn’t helped his programme, especially on a track on which he’s never raced before. However, he did a sterling job this afternoon to complete a full run plan and collate useful information for his team to process overnight.

“Fernando enjoyed two smooth sessions where the team was able to gather useful data ahead of the weekend and provide his engineers with valuable feedback on the car’s handling around this circuit. We know this track is a challenging one for us and we’re hampered by penalties for both cars, but we’re pleased with the work we’ve managed to complete today, in spite of the PU issue, and we hope to be able to start on the front foot tomorrow with more useful running.”

“For today's running, both drivers started with a new PU. We changed Fernando's PU because of the issue he had with his MGU-H in the USA, and Stoffel's PU change was more strategic in order to help with reliability for the final two races in Brazil and Abu Dhabi.

“During both practice sessions, Fernando completed his programme in accordance with the schedule. Although we have been expecting a tough challenge here with regards to controlling the power extraction due to the thinner air at 2,200m, the performance he showed today was rather encouraging in terms of his competitiveness.

“As for Stoffel, we found a potential issue in his data at the beginning of FP1 and decided to change his PU as a precaution. Although it was frustrating to lose most of the session, we found the issue was very minor and there was no damage to the PU. Stoffel was then able to recover his programme, completing 32 laps in FP2.

“It’s frustrating that we’ll have to start the race on Sunday with both cars at the back of the grid. However, we know that anything can happen in the race. For this reason, we’ll continue to focus on our set-up for long runs in tomorrow's session.”