McLaren racing both the Monaco Grand Prix and the Indy 500 – two of motorsport’s triple-crown races, alongside Le Mans – is unprecedented in the modern era.

Truly, the final weekend in May will be a race of two worlds, uniting motorsport fans on both sides of the Atlantic, and rekindling the concepts of heroism, romance and idealism that conquered motor racing in its golden era of the 1950s and ’60s.

And that’s exactly why we’ve chosen to call our hit on the double-crown the #RaceOfTwoWorlds. But, as we found out, there’s a deeper meaning behind the name…

Sixty years ago in June 1957 10 Indianapolis 500 contenders travelled to Europe to take part in a highly unusual event at Monza. Known as the Race of Two Worlds, it was the first time that Indycars had raced outside their homeland, and the plan was for them to take on the top Grand Prix cars of the day.

It didn’t quite work out like that, at least in the first year, but a second attempt in 1958 was a little more successful – but it still didn’t quite produce the thrilling head-to-head showdown that the promoters had envisaged. 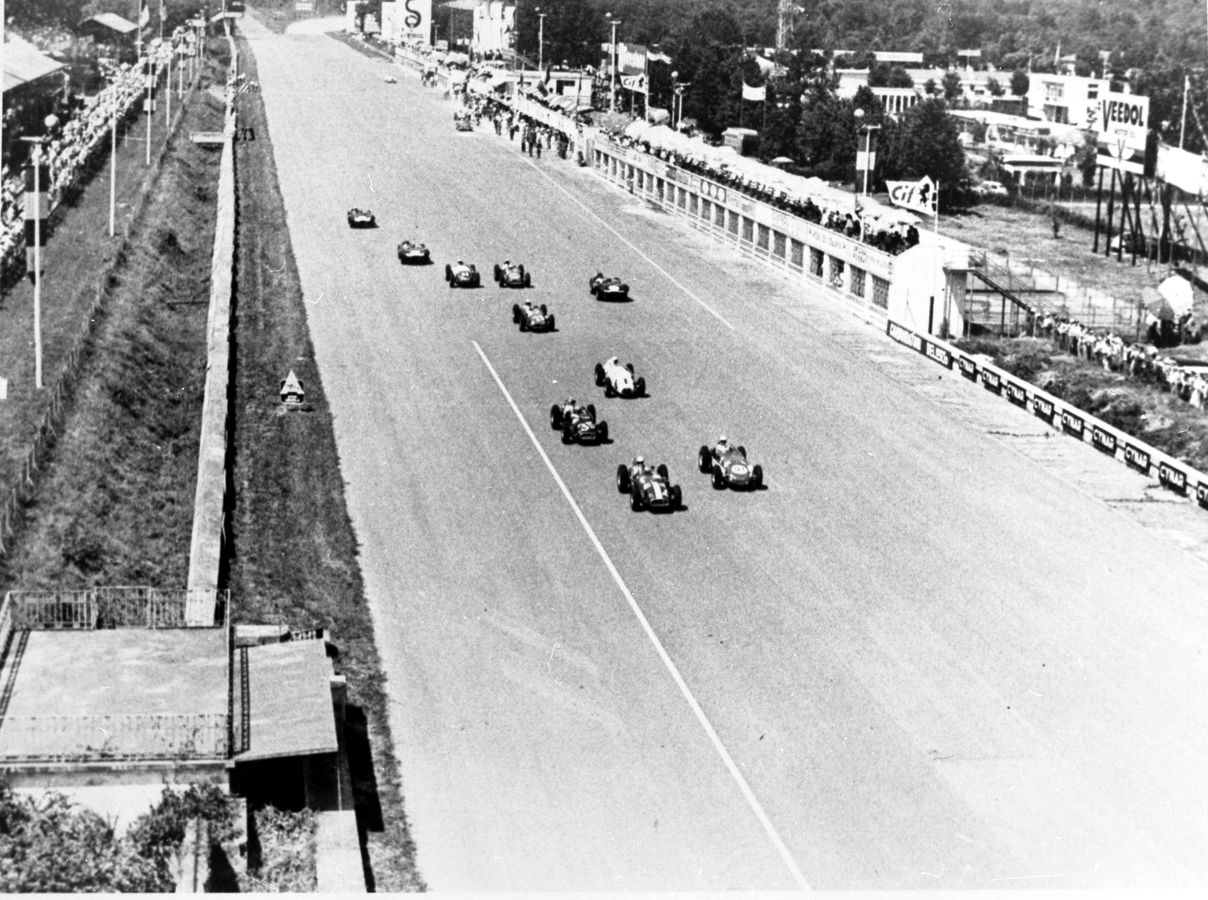 The general idea was to replicate the Indy 500 at Monza, with the cars running anti-clockwise on the banked circuit – the daunting high-speed oval that’s unforgettably used as the climax of John Frankenheimer’s 1966 movie, Grand Prix.

Intriguingly, it would pit F1 machinery wheel-to-wheel against North America’s Indy contenders. There had been some crossover in the past, with European manufacturers winning several times in the early years of the 500. In addition, a Maserati had triumphed in 1939 and ’40, and more recently Ferrari had made a works entry in 1952.

The plan was received with some enthusiasm Stateside, and the top teams and drivers agreed to make the trip. The field included Indy 500 winners Johnnie Parsons (1950) and Troy Ruttman (1952), plus future winner Jimmy Bryan (1958).

The first attempt proved disappointing due to the lack of support on the European side – in large part because the drivers didn’t like Monza’s banking. Ferrari withdrew before the event, and after entering a works car for Jean Behra, Maserati followed suit, citing safety concerns. The only remaining opposition to the visiting Americans came not from F1, but from the World Sportscar Championship, in the form of a trio of Jaguar D-Types entered by Ecurie Ecosse. 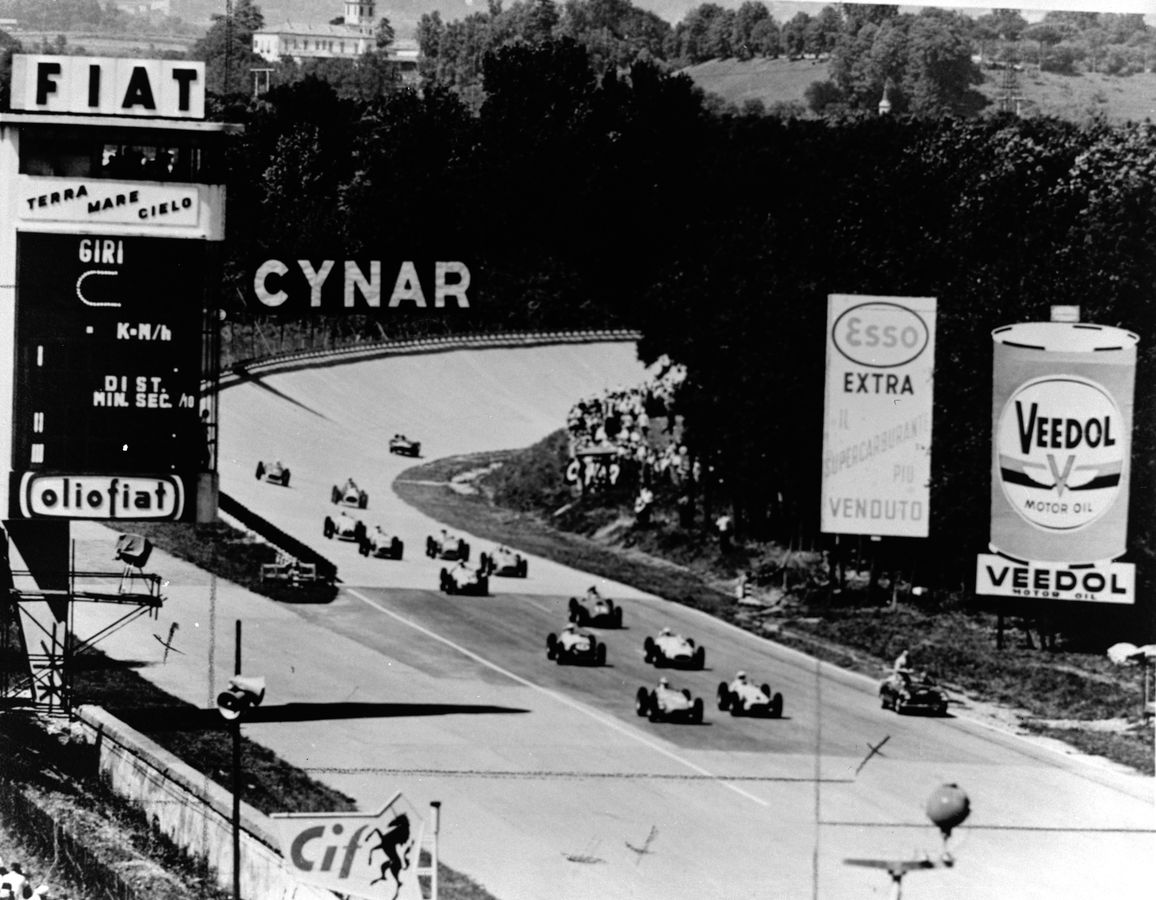 The 500-mile race was split into three 62-lap heats of 166 miles due to concerns over reliability and tyre life. Bryan won the first two, and Ruttman the third, with the former declared the overall winner. The Jaguars put on a good show, and actually led the first race initially as their gearing allowed them to make better starts. But what the promoters really wanted to see was a proper Indy v Grand Prix racing contest

A little arm-twisting and the promise of big prize money paid off, and for the second attempt in June 1958 Italy’s two top teams both made serious efforts with specially prepared cars. Ferrari entered a pair of full works machines, naming three drivers in Mike Hawthorn, Phil Hill and Luigi Musso, while Maserati had a single car for Stirling Moss, painted in the colours of an ice cream company – perhaps the first time that such overt sponsorship had been seen on a major works car in Europe. The emerging commercial aspect of the sport was emphasised by the fact that the three heats were known as the Trofeo Esso, Trofeo Mobil and Trofeo Shell!

The Le Mans Jaguars were also back, along with a custom-built Lister single-seater. To add to the fun reigning World Champion Juan Manuel Fangio agreed to drive an Indy car. The US contingent meanwhile included three men who would go on to win the Indy 500, namely Rodger Ward (1959 and ’62), Jim Rathmann (1960) and promising youngster AJ Foyt (1961, ’64, ’67 and ’77).

The ’58 event was a much more intriguing contest than the first. In Heat One, Musso rose to the occasion and battled for the lead until he was overcome by methanol fuel fumes and had to hand over to Hawthorn, dropping the Ferrari to sixth. Indeed the team would be forced to swap drivers in all three heats, with Hawthorn and Hill taking a respectable third in the final race. Hawthorn, who made his dislike of the event all too clear, would go on to win that year’s World Championship. Meanwhile main rival Moss was fourth and fifth in the first two races in the Maserati, before crashing in the third in spectacular fashion after his steering failed. 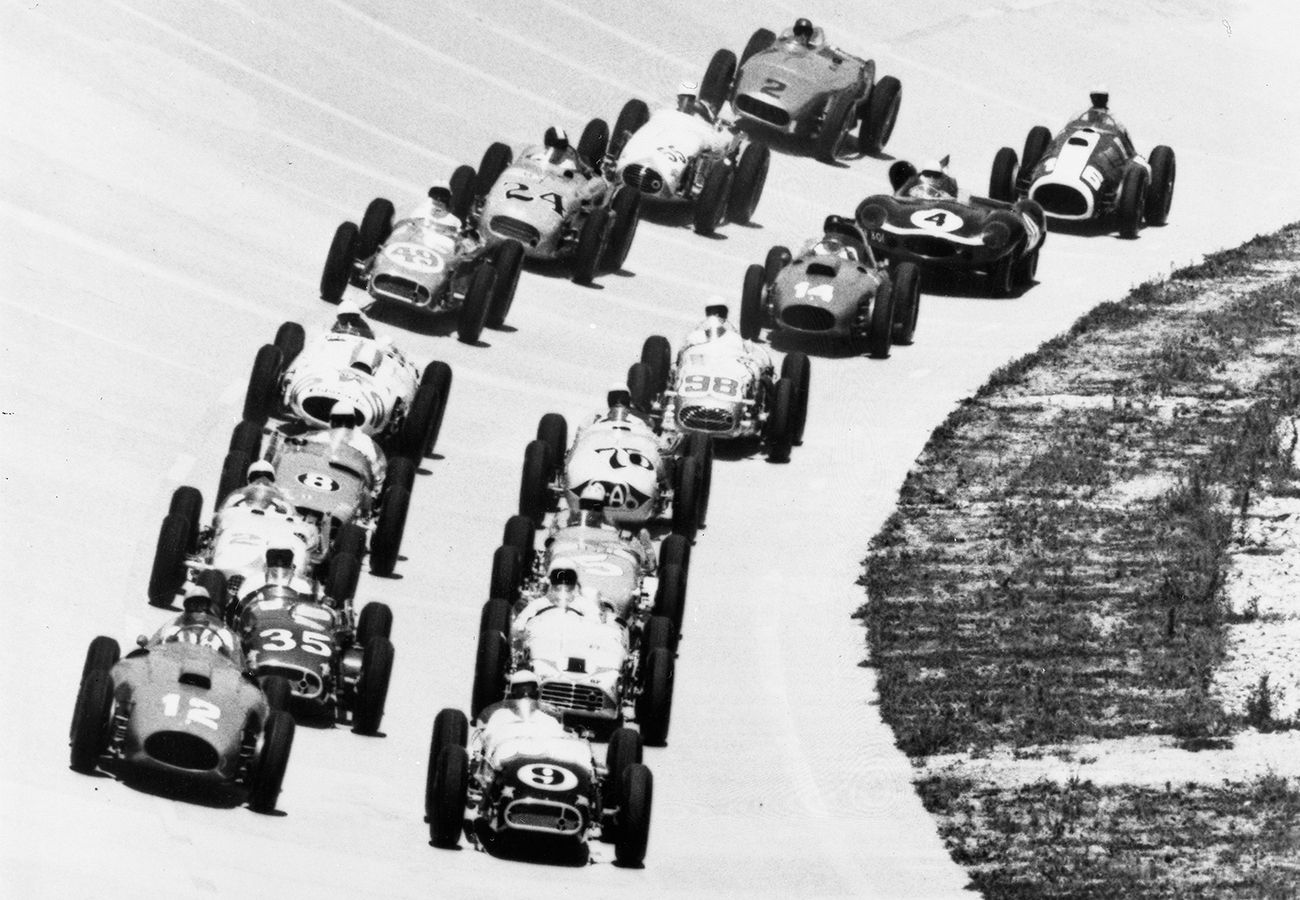 The USAC cars dominated the results, with Rathmann winning all three heats in the very same chassis that Ruttman had won race three with the previous year. Unfortunately, engine problems meant that Fangio only started the third race, and he was an immediate retirement.

The event was not a financial success, and it was not repeated. However, within a few years European teams and drivers would travel in the other direction and contest the Indy 500, with McLaren eventually following a route pioneered by Cooper, Lotus and Brabham.

As for the Race of Two Worlds, it remains a fascinating footnote in motor sport history.

What's the difference between Formula 1 and IndyCar?