"That’s not the true potential of the car"

Circuit of The Americas, Saturday October 22

Today’s was a frustrating qualifying session for the McLaren-Honda team, following more promising performances in the earlier practice sessions.

In Q1, on a track almost 10 degrees C hotter than in FP3, Jenson struggled heavily with traffic on both his runs. On his final lap he came up against a gaggle of four cars in Sector Three and was impeded by the last one in the final corner, which destroyed any chances of his progressing into Q2. He will duly start 19th on the grid for tomorrow’s race.

Fernando was more fortunate with traffic in Q1, and was able to build enough of a margin that he didn’t need to complete his final precautionary run. However, despite having delivered a very strong lap, he was not able to progress beyond Q2 and will start tomorrow’s race from P12.

“We weren’t quick enough to make it into Q3 today, and we were lacking some rhythm too. Having said that, getting the car into Q3in ninth or tenth but then having to start the race on used Supersoft tyres would be a problem, as other cars would catch us easily after four or five laps owing to the degradation. So, let’s say that 11th for us would have been pole position and 12th is second-best. We’ll start on new tyres and we’ll be able to attack.

“It seems like all the Mercedes-powered teams here got an extra boost and are more competitive, which has made life a little more difficult for us.

“If we want to score some points in the race tomorrow we need to raise our game and find a clever way.”

“It’s disappointing to be in P19 after qualifying. Our pace was good yesterday and this morning – eighth and ninth positions – so there’s definitely something not quite right there. I went out on the Softs to start with and we thought we’d have enough pace, but it was a tough lap and I hit a lot of traffic. If we’d judged it right at the end when we put the Supersofts on, it might have been fine, but it wasn’t.

“I had four cars to overtake in the last sector alone, and then the last one [Jolyon Palmer] didn’t move out of the way. He saw me really late and stayed on the racing line, so I had to outbrake into the last corner. It’s so important to brake late and carry speed into there and you can’t do that if you’re offline, it hurts the tyres a lot more. It’s disappointing.

“Hopefully tomorrow we can make up some ground in the race but it’s going to be a tough day – we have good race pace but overtaking around here will be almost impossible for us.”

“Fernando drove a near-perfect Q2 lap here in Austin today – but, even so, he narrowly failed to go through to Q3, missing out by just 0.169s, ending up 12th.

“However, our car is more competitive relative to our principal rivals’ in terms of race pace than it is in terms of qualifying pace. So, while P12 is far from ideal, it nonetheless gives him a platform from which to attack tomorrow, in an effort to progress through the field to some extent and thereby score world championship points.

“By contrast, Jenson was very disappointed to be eliminated in Q1, having recorded only the 19th-fastest time. Unfortunately, he encountered traffic on what would otherwise have been a very good lap, and was baulked badly at the end of it by Palmer, the combination of those two issues scuppering JB’s chances to show what he could do. Our data shows that, without those problems, he’d have passed through to Q2 every bit as easily as did Fernando.

“It’s irritating, but it happens.”

“We weren’t quite able to reach our target of getting into Q3, but, considering how quickly the tyres degrade at this circuit, we believe Fernando is in a good position to secure points by having the freedom of choosing his tyres and providing we can utilise good race strategy in tomorrow’s race.

“Unfortunately, Jenson was caught in traffic during his flying lap in Q1, where he lost a lot of time in Sector Three, but we firmly believe that’s not the true potential of the car. We hope that we can have a good race with him tomorrow.” 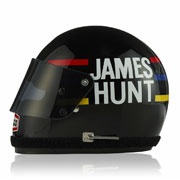 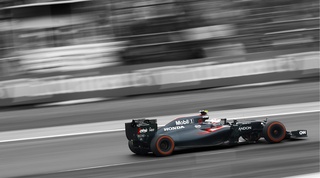