The peripatetic United States Grand Prix has been hosted at many venues, but it seems to have found a proper home at Austin’s Circuit of the Americas. Designed with Formula 1 intended to be the centrepiece of its calendar, COTA has insinuated itself into the F1 mainstream in a remarkably short space of time.

Key to COTA’s popularity has been good facilities, an excellent atmosphere generated by a large and vociferous crowd, and a track layout that generates exciting races. Turns One, 11 and 12 are all good overtaking opportunities with the former pair supporting several different lines. Borrowing liberally from other circuits, the first sector features a high-speed section of esses much like those at Silverstone and Suzuka, while the end of the lap has a lower speed complex reminiscent of Hockenheim’s stadium. Despite the long straights, downforce levels are high to cope with these final sector second- and third-gear corners, while suspension requires a difficult compromise between a soft car that will ride the kerbs well here, and a stiff car to cope with Sector One. Interesting circuit!

Bruce McLaren took his first Formula 1 victory at the very first US Grand Prix, held in 1959 at Sebring, while the team he founded has won the race on eight occasions, to which can be added two wins at the Detroit Grand Prix, and two more at the US Grand Prix West, held at Long Beach. The second of those, a 1983 win for John Watson, still holds the record for victory from furthest back on grid. Wattie started 22nd… 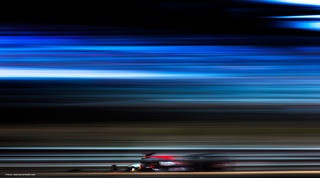