The McLaren-Honda team made a somewhat cautious start to its Singapore Grand Prix weekend, making steady progress as it attempted to gather information on a suite of new parts while refining the balance of the MP4-31 around a notoriously tricky and unforgiving street circuit. Fernando Alonso also tried the halo cockpit protection system during his installation laps this afternoon.

Unfortunately, the day was book-ended by a pair of failures: Jenson Button stopped on track with a fuel system issue at the beginning of FP1, and had to be pushed back to the pit-lane; then, on his final lap in FP2, Fernando’s car developed a gearbox issue that forced him to park on the circuit.

The engineers will burn the midnight oil tonight to put the team in a better position for qualifying and Sunday’s race.

“Our expectations were quite high before coming here – although, to be fair, I’d said beforehand that there are circuits coming up that should suit us better than Singapore.

“We’ll have to fight to get into Q3 tomorrow because I think Force India and Toro Rosso both look pretty strong around here. Hopefully we can find a couple of tenths overnight so as to battle them for the final three or four top-10 positions in qualifying though.

“Our biggest problem is an overall deficit of grip – we need to find a bit more downforce for tomorrow, and then we need to make the tyres work better over a single lap. We’ll work hard to do our best to achieve those two important goals. It’s not so easy to overtake around here, so a good grid position will be important.”

“When I stopped the car on track, I was fortunate enough to be pushed back to the pits because there wasn’t an opening on the circuit to park the car.

“Our pace hasn’t been quite as good today as we’d anticipated. As a result, we’ve got quite a lot of work to do before we can be as competitive as we want to be this weekend. We just couldn’t quite access the grip out there today, so we’re going to need a decent gain in pace to be competitive.

“Having said all that, hopefully we can improve things overnight – it’s going to be a busy evening.”

“Today wasn’t the easiest of practice days. Jenson and Fernando were each affected by on-track stoppages – but, fortunately, neither failure significantly affected their running. Equally, both drivers and engineers had to work hard to dial the cars in after discovering that their initial balance wasn’t fully delivering on track.

“Singapore’s Marina Bay track is fast and unforgiving, and finding a perfect balance isn’t always easy –especially when you have to contend with the changing track and ambient conditions that occur between FP1 and FP2.

“We struggled a little today, overall, but I think we made some solid progress between the sessions and we’ve got a good direction to pursue ahead of qualifying tomorrow.”

“With such big changes in running conditions from FP1 to FP2, it’s always difficult to prejudge how the car will fare throughout the day. Both sessions ran according to plan, with just a couple of small issues.

“The focus was predominantly on set-up changes, with the team confirming the use of the tyres, chassis and power unit balance. Honda’s particular focus was on catering the set-up to the stop-go nature of the Singapore street circuit.

“During FP2, we were able to test our long-run pace and stability using multiple compounds and were able to gain good data and setting direction for Saturday and Sunday.

“The final confirmation and tweaking will be done overnight." 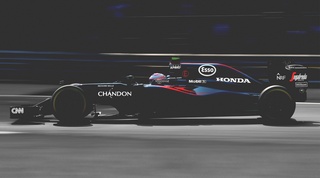