The Russian Grand Prix was an on-off rumour for three decades before the inaugural race took place at the Sochi Autodrom in 2014. After two years at the back end of the calendar, Russia has moved up to the opening quadrumvirate of flyaway races.

The venue blurs the boundaries between street circuit and permanent racetrack, having been designed into the blueprint for Sochi’s Olympic Park, using the roads constructed for the Black Sea resort’s hosting of the 2014 Winter Games. At 5.848km (3.634 miles), the circuit is one of the longest on the current F1 calendar.

A highly technical power circuit, drivers have voiced the opinion that the layout in Sochi makes following very difficult, and thus overtaking opportunities are at an absolute premium. Another characteristic to emerge from the relatively small sample of just two grands prix is the forgiving nature of the surface. To date Russia has been a one-stop race, even with the softest compounds in use for 2015.

Fernando exemplified this last year, doing 40 laps on the Supersoft tyre – a longer stint than anyone managed with that compound at Monaco, traditionally the easiest race on tyres. The low level of degradation is responsible for the unusual phenomenon of cars getting progressively faster, deeper into the race as their fuel load comes down. Usually this is countered by tyre degradation, but in Sochi typically drivers set their personal best in the final few laps of the race. 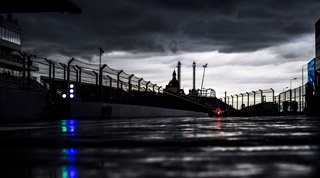