Starting behind the Safety Car in torrential conditions, both drivers judged the conditions perfectly to switch from Full Wets, to Intermediates, and then to dry-weather Option tyres as the track steadily dried out.

“In terms of driving and concentration, today’s was an extremely tough race.

“We started behind the Safety Car – with almost zero visibility – then switched to Inters; but nobody had done any laps on those tyres before the race, so it was unknown territory for everyone.

“Once we’d switched to dry-weather tyres, there was still only a very narrow dry line on the track, so if you went just half a centimetre off that line, you’d crash. There was just no room for mistakes today.

“Nonetheless, we got a good result – both cars in the points ought to make us reasonably happy. I think we’re progressing well: the results make it quite obvious what we’re achieving, so we’re heading in the right direction.

“We’re still not where we want to be – right at the front, fighting for wins and podiums – but I’m happy about how things are going.”

“My car felt almost undriveable during the wet opening laps – we were struggling to get heat into the rear tyres, and were locking the rear wheels whenever we hit the brakes, which was a bit scary.

“I boxed for Inters at probably the right time – that first-call was the trickier one. I feel I’m pretty good at making those tyre calls, but, on such a short lap, and when everybody else follows suit, it didn’t make too much difference. Then I got stuck behind Pascal’s [Wehrlein] Manor, which I couldn’t overtake.

“I think we made the right calls in terms of strategy, but lost out a little with the attendant traffic – which I couldn’t help – but the team made some good calls nonetheless.

“We wouldn’t have scored this many points if it’d been dry, so it’s good to get a decent haul today.”

“As in Sochi four weeks ago, both McLaren-Hondas finished in the points here in Monaco today – and, although that isn’t much to write home about when you reflect that McLaren has won the Monaco Grand Prix a record 15 times in its illustrious 50-year Formula 1 history, it’s encouraging nonetheless.

“Moreover, despite the fact that conditions today were tricky in the extreme, causing the race to be peppered by accidents on the treacherous wet-dry asphalt, both Fernando and Jenson showed their great expertise and experience, stroking their way to the finish over two flawless hours while all around them drivers of less sheer class were scraping their way along the Armco at almost every turn.

“So, although we arrived in the Principality with hopes of being slightly more competitive here than in the end we were, we’re pleased that today we saw more evidence of the solid developmental progress we’re making, the result of the massive amount of hard work that’s taking place in both the UK and Japan at the moment.

“In two weeks’ time we’ll be racing on another iconic and unique racetrack, the challenging Circuit Gilles Villeneuve in Montreal, and it goes without saying that we’ll be hoping to continue our points-scoring form there.”

“With Fernando finishing fifth and Jenson ninth, it was a great end result to a difficult weekend and a chaotic race.

“The race conditions were ever-changing from a wet start to dry conditions, but the engineers made all the right calls with tyre choices and the skills of our highly experienced drivers shone through during the race.

“From a power unit perspective, we had consistent performance without any glitches or issues throughout the weekend, so it is also great for Honda to be able to show and confirm our reliability out on track.” 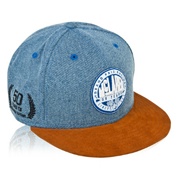