Monaco may statistically be the slowest grand prix of the season, but it always looks the fastest. With a racing line rarely more than millimetres away from the barriers, the 78 laps of the world’s most famous street circuit pass by in a blur. It is, perhaps, the ultimate test for a Formula 1 driver and also one of the world’s most spectacular live sporting events: nowhere else do crowds get so close to F1.

The Circuit de Monaco is a throwback – not just to the early days of the F1 World Championship, but beyond that to the interwar period when the Monaco Grand Prix helped put the tiny principality on the map. While the circuit has been nipped and tucked since the Monaco Grand Prix of 1929, the modern cars wind the same route through Monte Carlo as did those of that inaugural race. History is never far away at the Monaco Grand Prix.

It is, however, a circuit fundamentally unsuited to modern Formula 1 cars, which require a host of Monaco-specific adaptations. There is no time penalty for piling on downforce, so teams will run large rear wings and have front wings cranked up to the maximum. The road surface is far from smooth, so the softest suspension settings are used to keep the wheels in contact with the surface and maximise traction. There’s also a Monaco-specific steering rack, required to get the cars around the tight, slow, Fairmont Hairpin (formerly known as Loews).

The key performance parameter, however, is driver confidence, and time on track during the practice sessions takes on extra significance here. Both Jenson and Fernando are winners in Monaco, with the second of Fernando’s Monaco victories contributing to McLaren’s peerless Monaco record of 15 wins. 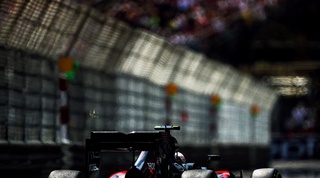