The Mexican Grand Prix may not have been the most exciting race of 2015, but it was certainly the loudest and quite possibly the best. Returning to F1 after a 23-year hiatus, the size of the crowd and the atmosphere it generated within the Autódromo Hermanos Rodríguez made everyone in the pitlane question why the race had ever gone away.

The current era represents Mexico’s third go at hosting Formula 1. Always held at this venue, the race first ran from 1963 to 1970. It returned for a second stint from 1986 to 1992, producing a string of famous events that gave international fame to the fearsome, banked, Peraltada. The revamped circuit for the third act of F1 in Mexico no longer features that particular challenge: a baseball stadium now sits on the corner, around which there simply isn’t enough room for a modern, high-speed sweep. Instead, the new circuit cuts through the centre of the stadium which, consequentially, forms an awe-inspiring cauldron of spectator noise.

The big setup criteria in Mexico are based around altitude rather than layout. The circuit is 2,285m (7,497ft) above sea level – that’s way beyond the usual envelope, with the next highest circuit being Interlagos at a comparatively paltry 800m (2,625ft). While the thinner atmosphere does not create the power loss for turbo cars (though the turbo itself will have to work harder) than would have been sustained by normally-aspirated engines, it reduces aerodynamic grip and cooling efficiency. Consequentially, teams have to run with more wing, and with the car more ‘open’ than would be the case at sea-level. Even so, in 2015 cars were able to achieve 360km/h+ (224mph) speeds in Mexico: Monza-like velocity without Monza-style wings.

Our Mexican Grand Prix heritage includes three victories, the first of which was a victory for Denny Hulme in 1969. When the race returned in the 1980s, both Alain Prost (1988) and Ayrton Senna (1989) took wins for McLaren-Honda. The circuit and the race have a special place in Honda folklore also: the 1965 Mexican Grand Prix at what was then called the Magdalena Mixhuca circuit saw Richie Ginther take its first victory as an F1 manufacturer. 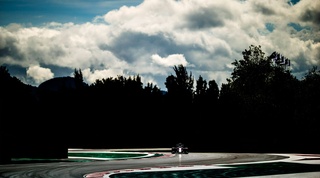