"Like me, many drivers love going back to Suzuka every year and it’s easy to see why. It’s a classic ‘drivers’ circuit’ and its configuration is unusual, demanding and very unforgiving, so putting together a good lap is really satisfying, and all these characteristics make it really popular with both drivers and fans.

"It’s a difficult circuit to set up the car perfectly for because the track temperatures change so much with the unpredictable weather, but we know this circuit well and will use the Friday sessions to dial the car in to the conditions and get the most out of it."

"The Suzuka circuit is incredible – almost in a class of its own on the calendar. It’s as close to a ‘perfect’ track as you can get in terms of having all of the different elements you would want as a driver.

"It’s fast, technical, difficult, rewarding, and really fun to drive, so it’s up there among the best. My win there in 2011 is definitely one of my favourites because to do well there you have to put so much into it, and when you get a good result it’s the best feeling."

History lesson:
Owned by the Honda Motor Company, Suzuka Circuit has been a regular fixture on the F1 calendar since 1987. It was designed by Dutchman John Hugenholtz in 1962, since when it’s become renowned as an excellent test track due to its eclectic mix of corners.

What makes the track unique:
The figure-of-eight layout. This is the only circuit on the F1 calendar that has this configuration (crossing at Degner Two/130R), creating a relatively equal split of right and left-handers.

Grip levels:
High. The asphalt is relatively old, which means the roughness of the surface helps to provide grip. Combine the asphalt with the aerodynamic loads created by the cars at high-speed and grip levels at Suzuka are deemed to be good.

Run-off:
Medium. The track is narrow and it has a predominance of gravel traps in its run-off areas, so cars can end up beached after only a relatively minor mistake.

Watch out for…:
Rivers. Suzuka’s coastal location means the weather conditions can change quickly, particularly at this time of year. When it rains, the undulations mean rivers flow across the track, which can lead to aquaplaning.

Slogan:
There’s no official slogan, but most drivers agree that Suzuka is one of the most challenging racetracks in the world.

Japan's F1 heritage:
This year marks the 30th anniversary of the Japanese Grand Prix. But Japan’s F1 heritage extends further back, thanks to the commitment of the Honda Motor Company. They entered F1 in 1964 and won their first grand prix in ’65, since when they have taken a total of 75 victories.

Smallest winning margin:
0.344s, in 1991. World title protagonists Ayrton Senna and Nigel Mansell lined up on the front row of the grid, but it was Gerhard Berger who led Ayrton into Turn One. Gerhard disappeared into the distance, leaving Ayrton to hold up Mansell – who crashed at the start of lap 10. Ayrton went on to take the lead, but he slowed exiting the final corner of the race to gift victory to Ayrton.

Sporting legacy:
Japan’s love of motor racing needs no introduction. Suzuka is a sell-out most years and there is a strong domestic racing scene. But the country is becoming a sporting powerhouse: it will host the Rugby World Cup in 2019 and the summer Olympics in 2020.

Did you know?
McLaren has won the Japanese Grand Prix nine times, with two of those victories powered by Honda.

Fan zone:
Ali, aged 51, from Tokyo, asks: "This is the Japanese Grand Prix and it’s Honda’s home race; do you feel more pressure to get a good result than at other races?"

McLaren’s answer: “There’s pressure to perform at every race, so nothing changes in terms of our desire to get a result. But there’s no doubt that our victories at Suzuka in 1988 and ’91, with Honda, were very special and it would be fantastic to get another good result on their home turf this weekend.”

“Japan is an incredible place and a country I always love visiting. The support we receive is phenomenal and makes the whole experience even more special. I love the people, the food and the culture, and our few days there for the Japanese Grand Prix are something I look forward to each year.

"The Japanese Grand Prix is always one of my highlights of the year. I love going back to Japan and the fans there make it incredibly special. They give us 110% support throughout the whole week, right from the minute we arrive in Tokyo, and as drivers we really feed off that enthusiasm.

"As it’s another home race for us, we’ll be very busy in the lead up to the weekend itself, and it’s an important grand prix for the whole team, so I hope we can fight hard and get the best result we can to give something back to the enthusiastic fans.”

“I know I can speak for the whole team when I talk about the Japanese Grand Prix being one of the most important milestones in the Formula 1 calendar for everyone at McLaren-Honda. It marks the end of the sequence of races in east Asia and, with Silverstone, a venue that very much feels like a second home.

“Suzuka circuit is steeped in a huge amount of racing history, and one that McLaren-Honda has played a significant part in, both as one team and as individual entities. Its fast, flowing corners and technical demands mean it fully deserves its legendary status and, combined with the unrivalled support we receive from the ever-enthusiastic Japanese fans, the warm hospitality and fascinating culture, it’s easy to see why we look forward to returning to Suzuka for the Japanese Grand Prix each year.

“Our double points finish in Sepang was great encouragement and reward for the relentless hard work happening behind the scenes in Woking and Sakura, and we’ll take this motivation to Suzuka, where we hope to achieve similar results. The race itself is sure to be dramatic – it often is at this prestigious circuit – so we hope to maximise the potential our package has shown recently and put on a good show for the incredible fans.”

“Suzuka is a very special place and an important race weekend, of course for Honda but also for me personally – I have great memories of racing there with Formula 1 in years gone by. I am thankful for all the very knowledgeable and enthusiastic F1 fans, who expect a lot from us, but are very understanding at the same time. I hope that our team's progress encourages more spectators to join us at Suzuka and help increase McLaren-Honda's fan base.

“Suzuka is a track highly rated by the drivers for its technical and complex nature. In order to succeed here, there must be a good balance between the power unit and chassis. We will do our utmost to set up the car to hopefully score more points and be within reach of the top three teams. I hope that we can have a race that we can be proud of, and that our fans can be proud of, too.” 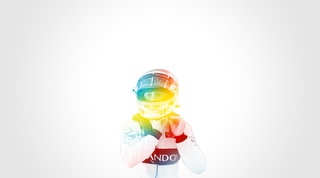