Despite a separation of 10,000km (6,214 miles), Suzuka is perhaps the racing venue most closely associated with the McLaren team. Many of our finest performances and greatest triumphs have come at the Japanese track.

Originally designed as a test track for Honda in the early 1960s, Suzuka has evolved into one of the world’s premier racing venues. The figure-of-eight circuit isn’t easy to categorise: it’s one of the best circuits in the world for high speed corners, but the same is true for medium and slow turns. In common with Silverstone and Spa, it defies the concept of ‘signature’ corners by having too many famous sections to mention.

This makes setting the car up a difficult proposition. The first sector and 130R are high speed. They and the long Spoon bend benefit from quite a stiff car, but there’s time to be made and lost at the low-speed Hairpin and end-of-lap Chicane. The usual compromise is a high-downforce setup comparable to that which ran at Silverstone. In common with the home of the British Grand Prix, Suzuka puts high lateral loads on tyres and causes a few problems for brake warm-up. The beautiful, flowing nature of the circuit makes it very popular with drivers, however, and the grandstands above the Esses offer spectators perhaps the best view in the world from which to see a Formula 1 car delivering maximum performance.

Our 1990 and 1998 Constructors’ Championships were clinched at Suzuka, as were six Drivers’ titles spread between Ayrton Senna (1988, 1990, 1991), Alain Prost (1989) and Mika Häkkinen (1998, 1999) – this in addition to James Hunt’s epic title decider at the Fuji circuit in the debut Japanese Grand Prix of 1976. Hunt would return to Fuji in 1977 and take McLaren’s first victory in Japan. Eight more have followed, all at Suzuka, making us the most successful team in Japanese Grand Prix history, with our latest win coming courtesy of Jenson in 2011. Fernando, meanwhile, has the distinction of winning the Japanese Grand Prix at both Suzuka and Fuji. 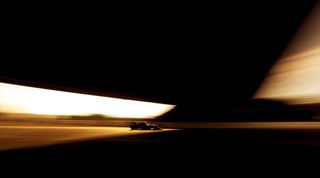