Drivers have been known to describe the Hungaroring as ‘Monaco without the walls’: that’s a fair description of the tight, twisting circuit on the outskirts of Budapest.

Constructed in the mid-1980s when Formula 1 took a risk and ventured behind the Iron Curtain, the Hungaroring and the Hungarian Grand Prix have been ever-present on the calendar since 1986.

While not quite a Monaco replica, the Hungaroring is a maximum downforce circuit. Teams will setup with a strong front end to counter plenty of understeer – but also soften their suspension settings to allow drivers to ride the kerbs through the middle of the lap.

The circuit has more corners than was originally the case but the original character remains intact. For Formula 1 the Hungaroring is like a scaled-up karting circuit: an excellent challenge for a qualifying lap, but sometimes frustrating in a race situation where overtaking opportunities are few and far between. That said, recent years have seen dramatic conclusions. While DRS has proved ineffectual in Hungary, the circuit supports a variety of tyre strategies which has made for tense and very watchable races.

The Hungaroring is a special place for both our drivers who took their debut F1 victories at this circuit: Fernando in 2003 – at that time the youngest winner of a grand prix – and Jenson for Honda in 2006. Jenson won again in 2011, one of our record 11 wins in Hungary - a list that also includes the sport’s first victory for a hybrid car. 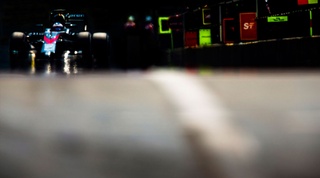