The first back-to-back of the season is upon us, and the F1 circus is making its way from Canada to Azerbaijan for the inaugural grand prix at the Baku City Circuit.

Meanwhile, back at McLaren HQ and fresh out of the simulator, we grabbed 10 minutes with our reserve driver, Stoffel Vandoorne, to get his first impressions of the newest circuit on the calendar and find out a bit more of what we can expect from this weekend’s race.

How do you approach a circuit that’s new on the F1 calendar? Are there specific things the engineers/mechanics/drivers will have to do to prepare, or do they have to wait until FP1 on Friday?

A new circuit on the calendar always presents new challenges that the drivers and teams need to prepare for. Baku looks like it’s going to be a very interesting one – it’s a new street circuit with high temperatures. When we get there, we’ll focus on a few things in free practice – for Jenson and Fernando to get used to the track and for the engineers to understand more detail about the car set-up. Then we’ll see from there how the track is going to evolve.

What do you know about the circuit already?

Baku looks like it’s going to be a relatively high-speed circuit – it has a very long straight which is comparable to the straight in Monza. It’s also got some very technical, slow-speed and narrow sections that can be compared to Monaco as well – so it’s a bit of a mixture of a couple of tracks we’re used to in Europe. It’ll be interesting.

What are the things that we know about the circuit?

Baku has a very long flat-out section – 2.1kms (1.305 miles) and we’re expecting it to be a track that’s very fuel-hungry, so we’ll be looking to continue the work we’ve been doing with ExxonMobil to learn as much as we can over the course of the weekend.

What will the team be looking to determine on Friday morning?

We’ve been preparing in the simulator and working hard to get to grips with it as quickly as possible, but the first free practice session will still be an interesting one for everybody. It’s the first time the drivers will hit the track to discover the circuit first-hand. It’s likely to be very dusty as it’s a street circuit with a brand new asphalt which has never been driven on before.

Are there any things we should look out for at the weekend?

Overtaking in Baku should be pretty interesting; we have a very long straight and a big DRS zone.

Have you been to Baku before? What are your impressions of the circuit – the fastest street circuit in the world?

I’ve been to Baku before for a GT race in 2013 – I was racing on a different circuit, but the city itself looks very futuristic, and I think the area we’re going to race in should be very exciting and something to look forward to.  It should be an interesting weekend!

Take a virtual tour of the Baku Street Circuit with Stoffel as your guide in the video above. 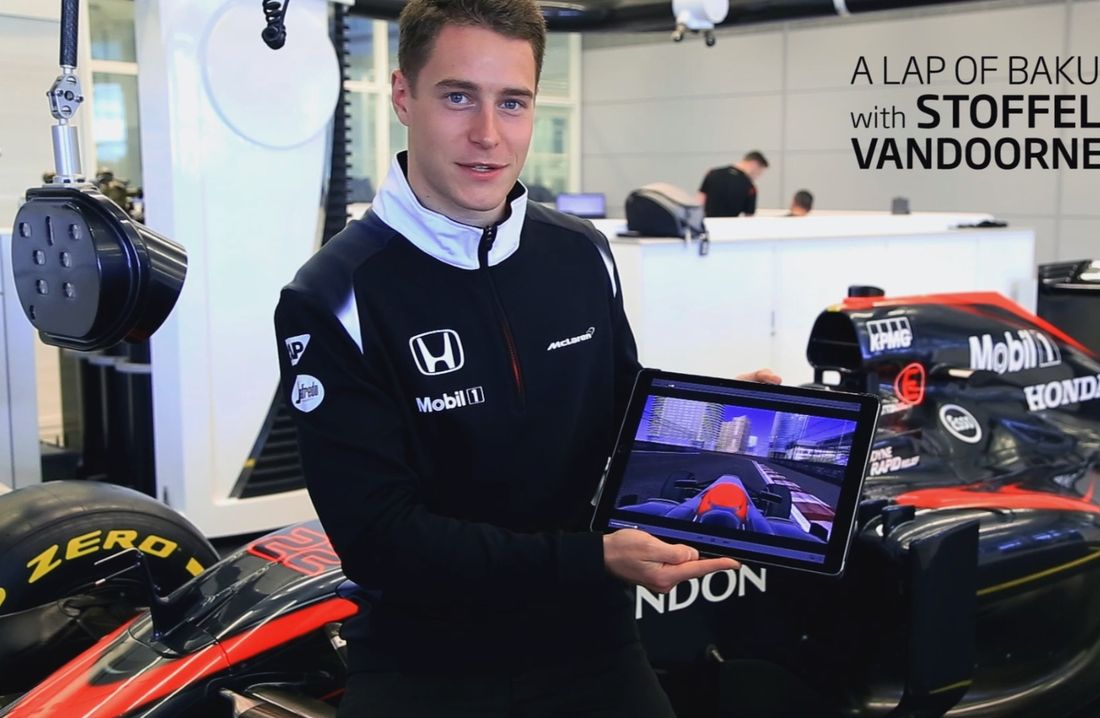