The colossal Shanghai International Circuit is Formula 1 supersized: huge paddock; towering grandstands and straights that disappear over the horizon. Even after a decade and more of racing in China, it’s still a marvel to behold.

Located around 40km from the centre of the world’s most populous city, the Shanghai International Circuit has all sorts of interesting features. The long pit straight and the even longer back straight dominate the first and final sectors and, with slow corners before and after, ensure the Chinese Grand Prix is never short of overtaking opportunities – but the race isn’t a simple, low-drag slipstreaming exercise.

The two ‘snail’ sections – corner complexes that go beyond 180° – and a tight hairpin put a premium on good traction and, combined with the high-speed turns of the middle sector, demand some concessions to downforce. There are also several heavy braking zones. While not a problem for the brakes themselves, the unevenness of the braking zones (a legacy of building on marshland) tends to test out a car’s damping capabilities and force driver errors. The tarmac is also very abrasive with the life of tyres – particularly the softest compounds – sometimes measured in corners rather than laps.

Both Jenson and Fernando are Chinese Grand Prix winners. Fernando won in 2005 and 2013, while Jenson’s victory in Shanghai, after a characteristically assured drive in changeable conditions, is one of McLaren’s three wins at this circuit. 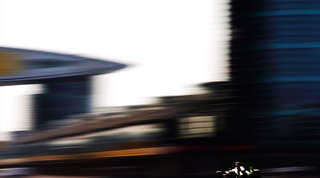 Fernando to participate in China