"That's progress – real progress – and, believe me, a few months ago that would have been unthinkable on a circuit like this"

“It was an exciting race to drive and I had a good feeling throughout.

“We had good pace this weekend; we did better than expected on this track; we were in the top 10 with Jenson yesterday in qualifying; and we’ve scored points today.

“Believe me: a few months ago that would have been unthinkable on a circuit like this. That’s progress – real progress.

“And, after all the bad luck we’ve had so far this weekend, we finally got some good luck today. We started last, but we managed to keep away from all the incidents, gain some positions thanks to the Safety Car and then a couple more because of the red flag.

“We then put on fresh tyres and found ourselves in fourth place – and, better still, we had the pace to manage the situation afterwards.

“Okay, we couldn’t hold back Lewis [Hamilton], Checo [Perez] or Seb [Vettel], because they were just too fast, but we had enough pace to keep Valtteri [Bottas] behind all the way to the flag.

“Finally, it’s great news that we overtook Toro Rosso in the Constructors’ World Championship – I think we can be regularly in the points from now on.

“So, to sum up, this weekend we saw evidence of very good progress from the team; we’re moving in the right direction, that’s for sure.”

“We looked really good for points today, so it’s disappointing that we didn’t score any, but it happens. I’ve been around long enough to know these things happen.

“I had a really good start – I got ahead of a Williams, pulled in front of a Red Bull and drew alongside a Force India. But then I lost a lot of places at La Source and ran wide. I rejoined the track, but Pascal [Wehrlein] made contact with me at Turn Five, damaging the rear of my car. There was a lot of damage and we were unable to complete the race.

“After such a short race, there’s not much more to say!”

"Having suffered problem after problem yesterday and the day before, Fernando enjoyed a trouble-free run today, forcing his way from the back of the grid to a fine seventh place by the end of a truly dramatic Belgian Grand Prix.

“By contrast, very soon after the start, Jenson’s car was hit by another car, through no fault of Jenson’s, and we judged the damage it had sustained too serious to feel able to authorise him to continue. It was massively frustrating for him and for us, because he’d shown very impressive pace here so far this weekend.

“That being the case, we’re encouraged by our car performance here, overall, and we’re optimistic of building on this weekend’s decent form when we arrive in Italy in a few days’ time.

“Granted, Monza is the fastest racetrack on the Formula 1 calendar – and as such our car should in theory be unsuited to its very long straights – but we’ll do our very best to score points there all the same. Talking of points, the half-dozen that Fernando scored today have lifted us ahead of Toro Rosso in the constructors’ world championship table; as a result we’re now in sixth place. That’s not great, but it shows that things are going in the right direction for us.

“Last but not least, on behalf of all at McLaren-Honda, I want to say ‘get well soon’ to our ex-driver and old mate Kev [Magnussen] after his massive shunt at Eau Rouge today.”

"Fernando drove a brilliant race today, and the team did a phenomenal job to get him from the very back of the grid to finish P7 – and at Spa too! This is another confirmation that our power unit has indeed taken a step forward, and I’m happy and thankful to everyone for all their hard work.

“Jenson was unlucky to retire at the very start of the race, when he was unexpectedly hit from behind. He had a strong start to the weekend, and it was a great shame that he couldn't capitalise on his very good P9 starting position.

“Of course, we’re still hungry and not completely satisfied by these results, but after each race we go home encouraged by our progress and this one is no different.

“Next up is Monza, which is probably the toughest circuit of the year for us, but we’ll prepare as usual to give our all." 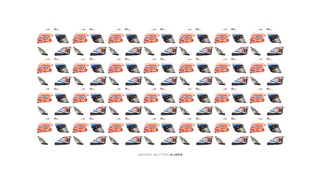