If any new race can challenge the popularity of Singapore, then the United States Grand Prix at the superb Circuit of the Americas [COTA] is it. Since F1 went back to America in 2012, COTA has extended a superb welcome with huge crowds at the track and a lively reception in downtown Austin.

The Texan capital is a good fit for F1, being one of the USA’s primary technology hubs. It’s also recognised for its eccentricities and the phrase ‘keep Austin weird’ has been adopted as the unofficial slogan of the municipality. To the bemusement of many within the F1 paddock, hosting F1 apparently fits very neatly into the ethos.

There is nothing unusual about COTA. In fact this exceptionally attractive circuit was instantly familiar, with sections of track heavily reminiscent of Silverstone and Hockenheim. The signature Turn One, however, with its steep climb and multiple lines into a blind corner, is all COTA’s own. The mixture of high-speed sweepers similar to the Silverstone complex of Maggots-Becketts-Chapel, and a lower speed complex reminiscent of Hockenheim’s stadium has contradictory requirements, making set-up a very delicate balancing act.

McLaren won the inaugural grand prix at COTA, adding that to seven previous USGP victories, spanning races at Indianapolis, Phoenix and Watkins Glen. The team have four more victories in the United States, courtesy of wins in Long Beach for Niki Lauda and John Watson, and wins in the Detroit Grand Prix for Watson and Ayrton Senna. Of these, Watson’s 1983 victory in Long Beach is perhaps the most famous with the Northern Irish driver coming from 22nd on the grid – still a Formula 1 record. Finally, the United States Grand Prix is the site of Bruce McLaren’s first F1 victory. Driving for Cooper, Bruce won the 1959 edition of the race at Sebring. He was 22 years and 80 days old. At that time the youngest-ever winner of a grand prix. 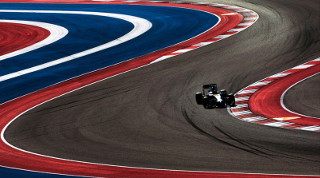